“The Eaters of Light”

Doctor Who heads to Roman occupied Scotland to learn the reason for the disappearance of the Roman Ninth Legion.

This episode is an important one even if it doesn’t seem like it. Peter Capaldi’s time as the Doctor is coming to an end and this is the final stand alone episode that his version of the Doctor will ever appear in. It’s significant and definitely should be called out as such. 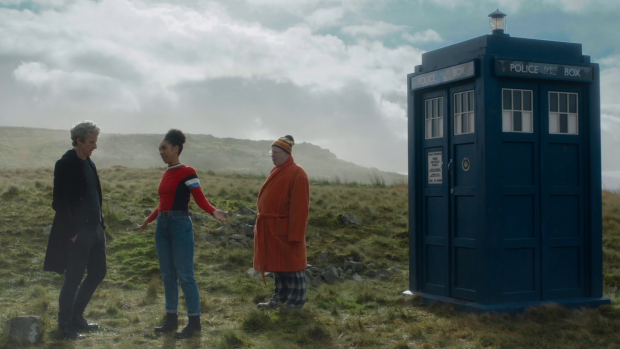 The current season started off really well with some excellent stories like “Smile” and “Thin Ice” but has lost a lot of its momentum in the second half with stories that aren’t as well conceived or thought provoking as the earlier entries. This outing is an example of an episode that manages to be competent without elevating itself beyond that. I’m not saying that this is a bad thing as not every episode has to achieve classic status but it’s a little disappointing that there doesn’t appear to be any extra effort put into this story to make Peter Capaldi’s last stand alone episode more memorable.

It is very fitting that such an episode would take place in Scotland and there were plenty of opportunities to poke some fun at Scotland’s expense. The very idea of a creature that consumes light coming to Scotland is hilarious in itself but there were a few other lines that worked as good intentioned mockery.

I liked how the episode began with children in the present day talking about hearing music in the hills before showing the Doctor, Bill and Nardole landing in 2nd Century Scotland to answer what causes that music. It’s a low key mystery but it suggests a level of mysticism to it that only made me more curious to learn the answer. I also like that Bill claims to be an expert on the Roman Empire and the whole trip is a way for her to prove that to the Doctor despite the fact that he has had extensive experience of Ancient Rome and the exploits of the Romans.

The early scenes do a really good job establishing that there is something mysterious going on. There is a mystery associated with an entire legion of Roman Soldiers disappearing without a trace, a gag about Crows being less conversational in the present day that pays off in a really big way and a sense of isolation that helps set the mood. 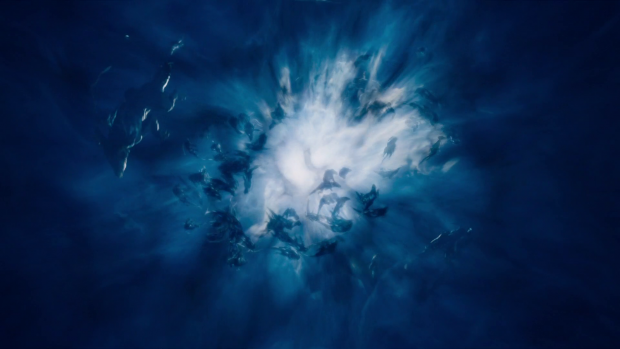 It really helps that the episode is very deliberately paced. Answers are delayed for what feels like the right amount of time and it always feels like danger might be lurking just around the corner. That danger never quite arrives in a way that feels satisfying but the episode was really well structured.

The creature itself looked great when we saw it but there is a trade off associated with having a CGI monster as an antagonist. It basically means that the appearances are limited due to budget so the opportunities to develop the threat are more limited than they would be with an actor in a costume or a human threat. As such the onus is on the writing to make the creature seem more threatening when it doesn’t appear and this doesn’t quite work. I never got the impression that the characters were really in mortal danger despite the fact that it was often discussed. The peril doesn’t come across which makes the latter half of the episode far less impactful.

Splitting up the Doctor and Bill was a really good idea that could have heightened the tension in a a big way. It doesn’t really enhance the threat level in any meaningful way but it does allow further opportunity to show how much Bill is growing as a character. Her interactions with the Roman Soldiers reinforces her intelligence and problem solving ability such as how she puzzles through the TARDIS telepathic field that translates all languages.

Her personality comes through clearly when she shows sympathy for the situation the Romans are in and her ability to point out that everyone sounds like children when they can understand one another. Bill helps everyone realise that their conflict with one another is petty when compared to the threat that the creatures represent. Major themes of this season have been togetherness and cooperation so this definitely furthers that. It does feel like the Romans and Picts put their differences aside a little quickly but I understand the reasons for that given that this is only a single episode story. 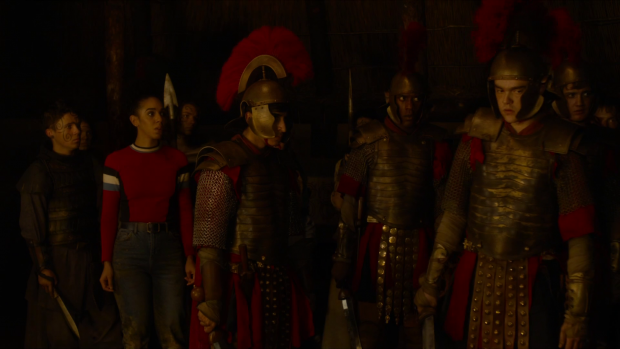 One issue I had with Bill’s contribution to the story is that there was a clumsy reminder of Bill’s sexuality that didn’t really have any place in the episode. It was brought up as a comparison but didn’t add anything to the episode and felt horribly out of place. Up until this point Bill’s sexuality has been handled well so it’s surprising that it would be referenced so overtly here.

Another issue was that the Doctor is largely a passive presence in the episode. He mainly waits for others to take action and doesn’t seem to get as involved in the story as he should. I found it interesting that he wasn’t worried about Bill because she would either be dead or safe. He had every confidence that she was able to take care of herself so didn’t spend any energy worrying about her. I get the impression that he expected her to turn up at some point and it’s refreshing that unnecessary concern doesn’t distract the Doctor from dealing with the issue.

The ending of this story was both clumsy and effective. These two things don’t often go hand in hand but in this case it feels appropriate. The clumsiness comes from the Doctor’s offer to sacrifice the rest of his life in order to keep the creatures at bay on the other side of the portal. It was established early in the episode that there is a difference in the passage of time within the portal. Seconds in there equates to days out here so he offers an eternity of servitude protecting the Earth due to his long life span. It was obvious that the Doctor wouldn’t go through with the sacrifice but it was expected that he would make the offer. The clumsiness comes from the way this was handled as it never came across as something that would actually happen. For it to work Bill and Nardole would need to be more distraught at the prospect of losing the Doctor but the whole thing felt by the numbers.

Establishing that time passes differently in the portal allows for an alternative. The difference means that the united Picts and Romans can protect the Earth without succumbing to old age. This part was really well done as they all approached the sacrifice with a profound sense of optimism. It came across that they felt that they were doing something worthwhile and the music is a way of showing how gladly they accept their mission. It delivers on the mystical aspect of the mystery while offering an explanation that really works. 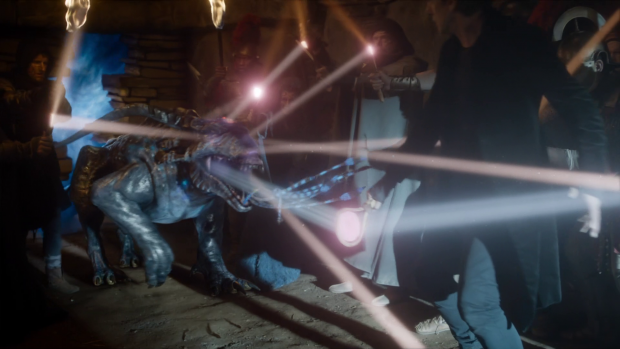 I also enjoyed the ending that starts to set up the final two episodes. The Doctor has let Missy out of the Vault to apparently perform maintenance on the TARDIS. There is a hint that the Doctor’s passive nature in this episode is deliberate when she asks him if he’s OK. I wonder if it will be revealed that something is wrong with the Doctor that will lead to his regeneration. Bill and Nardole’s reaction to Missy being out of the vault was good as well. They both know her well enough that she shouldn’t be trusted and are concerned that the Doctor seems to be forgetting that. He has taken some precautions to prevent her from running off with the TARDIS but he should know better than anyone that she would be able to overcome those precautions.

The suggestions that Missy is changing are really fascinating as well. It has been previously established that she is feeling guilty about all the lives she has been responsible for taking and there is further movement on that this week when the Doctor points out that she understands how the universe works but never stops to truly appreciate it. The Doctor uses the music that can be heard in the hills as an example and tells her that she never stops to listen to the music. She allows herself to hear it in the closing moments of the episode and it provokes an emotional reaction. I’ll be interested to see how this develops over the last two episodes.

A solid if disposable episode that does some things really well. The early scenes build up the sense of mystery and set the mood wonderfully but the momentum is lost as the episode progresses. At its core this episode is a “monster of the week” story and the creature looks great but suffers from not feeling like a big enough threat.

Splitting the Doctor and Bill up is a good idea as it allows the episode to reinforce how far Bill has come. Her realisation that everyone sounds like children when they can understand one another as it highlights how petty their conflicts are in the face of a larger threat is really well done. Her role was let down slightly by the overt reference to her sexuality but other than that she was used well. The Doctor had something  of a passive presence in the episode but I liked that he wasn’t concerned about Bill because he expected to run into her. The ending of the episode was both clumsy and effective. It was obvious the Doctor wouldn’t really sacrifice himself and that comes across with the lack of reaction from Bill and Nardole. The sacrifice of the Picts and Romans was very effective and reinforces the themes of cooperation and togetherness. Missy’s part in the episode was really well done as well with the hint that there is something wrong with the Doctor and the further suggestion that Missy is changing. 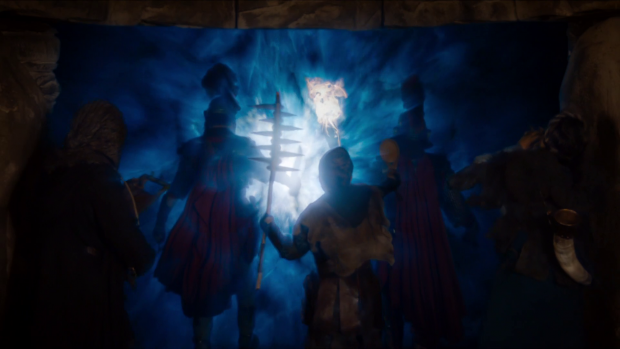