“Mad City: Anything for You”

Love is in the air in Gotham this week. Bruce declares his feelings for Selina. Jim and Valerie are threatening to be more than just a hook up. Lee’s lost between two lovers. Even Tabitha’s showing her fondness for Butch again perhaps? It could easily have been a Valentine’s Day episode, twisted somewhat by Tetch’s fixation with his dead sister perhaps but he’s still on topic. The biggest love-match had to be Penguin and Nygma though, who are now surely being set up as the Gotham’s foremost power couple?

Originally I’d thought that Penguin and Nygma were going to have a buddy-movie connection – be partners in crime – which I was really up for. Maybe that’s what the season 2 plan had been. Season 3 though, really seems to be making it into a romance. 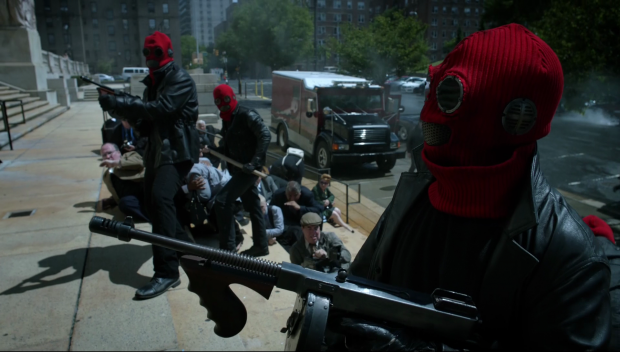 I’d made a bit of a joke of it being a bromance last episode because I’d thought the writing was turning towards melodrama but having seen ‘Anything for You’ – and having considered that title – I’m now thinking it’s definitely more of a real romance: Oswald claims that he wants someone to share his power with, the two share a couple of sensitive moments and Nygma really does seem dedicated to Penguin’s success. What route will the show take them down though?

Tabitha and Barbara’s relationship never seemed that well done to me. There was always that nagging feeling in my mind that the only reason they were a same-sex couple was because it was supposed to be cool for them to be so. They’re both really attractive and Tabitha gets to kick some serious backside… and has she really been much more than that? Is she being used for show value without being given much substance to play with?

A Penguin-Nygma connection potentially offers a lot more, as they’ve more history and background already developed to build upon. There’s the grim relationship option, where Penguin makes an unhealthy connection to Nygma, replacing the arguably unhealthy connection Penguin had with his mother – obsessional and not ruled by romantic love. There’s also the happy option, where they have a healthy relationship and really do drive each other to a greatness they couldn’t achieve alone. Unfortunately for them of course, they live in Gotham City, where corruption and mild horror threaten all things. 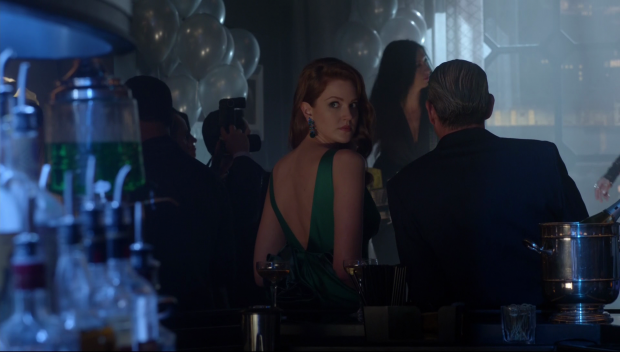 Ivy does precisely nothing

Poor Butch though, caught in the middle of all this. What chance did he really stand? Gotham did a good thing bringing Zsasz into Butch’s plot though. Not only is Zsasz the only one of Penguin’s henchmen that could credibly threaten Tabitha, and so blackmail Butch, but he also provided a tiny amount of believability to Nygma being a turncoat. This was really needed.

I was pleased when Butch didn’t jump into the obvious trap Nygma first offered – it just would have been stupid. Even after Zsasz appears I’ll still claim that I thought it was a trap and that Nygma was lying, just because of the history between him and Penguin running right back to season 2. Still, I could believe that this was enough to make Butch consider it. Ultimately it all came down to a threat to Tabitha anyway but I appreciated the attempt.

Despite that though, Nygma vs. Butch was never going to be a great game of chess. Nothing compared to Penguin going up against the Court of Owls, which would have been a more entertaining version of this plot type. Maybe that’s still to come. I would have preferred to see it now though, as it may have solved or confronted a couple of problems I have with what’s been happening: surely there are some people that know Mayor Cobblepot is also the underworld boss and why did Butch go back to serving Penguin again after all that had happened between them? 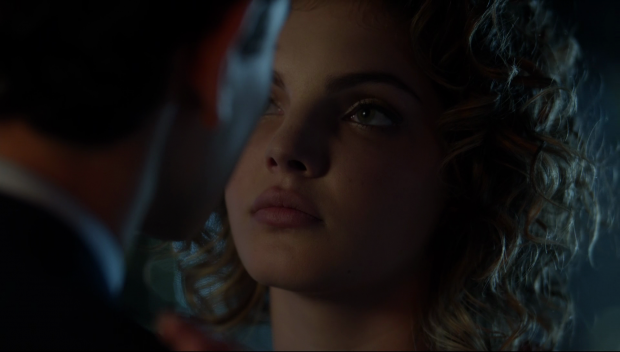 We may also have had a better reappearance of the Red Hood Gang than ‘Anything for You’ treats us to if it hadn’t have been a side plot to a main feature. Here it’s just a reference to an old episode and nothing more, with the power of the hood itself being completely unused. There’s admittedly no reason why Butch shouldn’t have used the Red Hood Gang – they have great threat value – it’s just that this was one of season 1’s most powerful plots and it seems such a shame not to get more out of it.

Maybe it’s that it makes it seem like a throwaway idea, used because something was needed? Like naming the ‘Ballistic Bomber’ just because all criminals need a name now? Though that might be indicative of the state of Gotham City and in fact could be good background.

The fact that I can’t tell bothers me, as it helps erode my connection to Gotham as a show – builds up that growing barrier in the way of my suspension of disbelief. Every time a character does something unexpected now I don’t know if it’s supposed to be an important change to their normal behaviour that I should pay attention to or just an action that had to happen for the sake of the plot. Similarly with plot devices like naming a random criminal: is that a meaningful comment about the state of Gotham City and its criminal underworld or just a throwaway… nothingness? 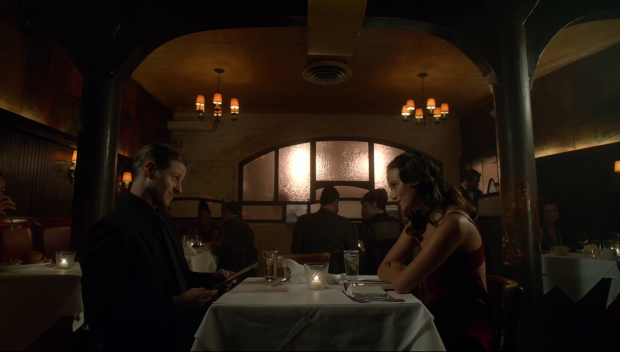 “You’ll have to buy me dinner though. What’s good here?”

There were a couple of moments that made me smile this episode – most notably Nygma’s “was insane; I have a certificate” – but still it seemed to lack a certain power. Maybe the Nygma-Penguin romance will really add some meaning to Penguin’s plot, as at the moment he’s not facing a challenge from anywhere: Court of Owls, GCPD or otherwise.

Everyone else could use a little more meaning in their lives too at the moment. Lee used to be a strong character, mature in her outlook on love, but now she’s just a plot point for Jim, somehow not bothered in any way by her connection to Falcone. Nor even is Barnes, assuming he knows, and he should be first to want people steer clear of a retired crime-boss – one who’s managed, by the way, to retire without being threatened or being a threat to anyone somehow. 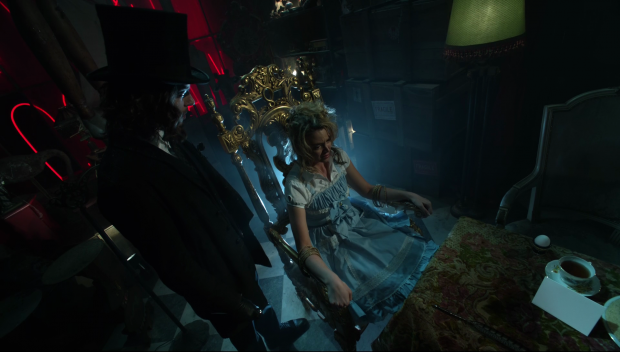 I’d had some hope that Valerie Vale and grown-up Ivy would lend some power to the plot but not yet. Valerie’s just caught up in Jim’s pain and this episode at least Ivy chooses to do precisely nothing. Even Barnes’ new power hasn’t amounted to much yet, just a crazy melodramatic desk punch at best.

Strange as it seems given how fast Gotham goes through its plot and how many characters were on screen this episode, ‘Anything for You’ really doesn’t seemed to have moved things on much at all.