Gotham season 3 returns for a 3-episode arc before another long break with ‘Ghosts’, digging up the past with Oswald’s father, Selina’s mother and for Gotham City itself with Jerome Valeska, who might end up being the Joker after all? When I heard that we were just getting a short plot arc to tide us over until I think April I wondered which plot would have the focus. Gotham being as it is of course, there was always going to be more than one but I was surprised that the Bruce vs. the Court of Owls wasn’t amongst those chosen. Instead the primary plotline was the imminent resurrection of Jerome, last seen in ‘Rise of the Villains: The Last Laugh’ from Season 2. But this is very interesting to me. 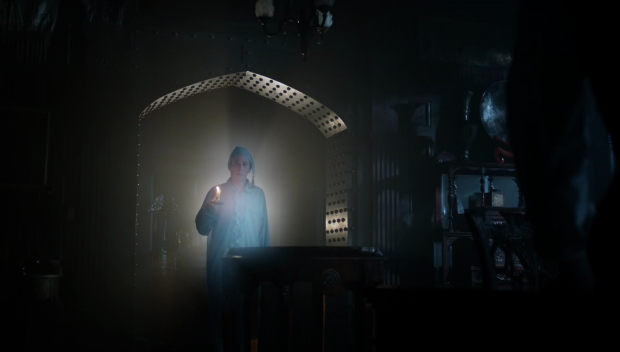 Ask me who I was

I’ve long struggled to properly describe what type of show Gotham is. It’s not a police procedural focused on Jim Gordon, nor is he the main character in a noir telling of the history of Gotham City – the latter of which I would really have loved. Certainly Bruce has proved so popular the show is now just as much about the rise of the Caped Crusader as it is about Commissioner Gordon’s. Also, right back as far as the third ever episode – ‘The Balloon Man’ – Gotham has stated clearly that it wants to push a comic book angle. But how has all this come together?

This sitcom suggestion almost hits it for me. I think closer to the mark though, is soap opera. Not that I’m anti-soap-opera by the way. As part of relationship togetherness with my partner I’ve been known to watch and sometimes even enjoy the odd episode of Emmerdale and I can’t deny the skills therein. Let me submit the evidence from this episode.

Gotham and soaps share a cast of many characters. To keep things interesting over their massive lifetime soap characters’ business and personal pairings have to be constantly mixed up and characters often end up loving and hating each other in rotation. I submit that Gotham doesn’t have such a clear plot purpose as say The Flash and Arrow now that Jim Gordon’s role is no longer the solo focus. Also, Bruce just isn’t going to grow up fast enough to get Batman on screen soon. With this, Gotham’s plot needs the writing process of soaps to keep things interesting now it’s run out of main villains, causing Lee to possibly switch sides and join Falcone against Jim. Well, almost, as I admit she settled, in the end, back on a Ross-and-Rachel connection… Maybe I should give more credence to the sitcom suggestion. 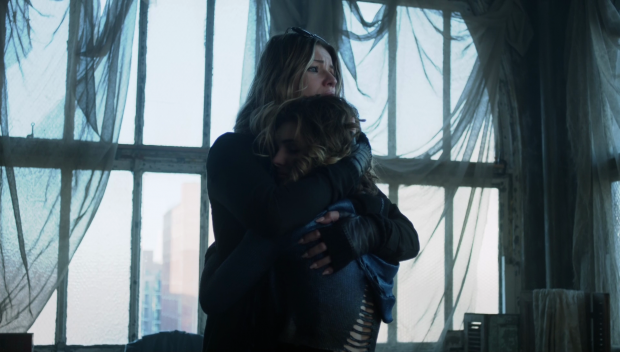 Now, I will admit that Gotham did do us the favour of time jumping away from Mario’s slow-motion death scene and that falling knife. I am so very glad that there wasn’t an episode lost to Jim trying to prove there was a knife all along, leading to misunderstands and ‘if only we’d just checked the beach all along!’ Excellent dodge.

Nonetheless, to continue the link, Gotham and soaps also bring in characters through the long-lost relative method: I submit Penguin’s father and now Selina’s mother – nothing like a bit of ‘you left me at an orphanage and now you expect me to let you back in my life?’ to start a good soap plotline: arguments ensue, someone then says “speaking as someone who’s lost family, don’t let them slip away”, hugs, close. And of course the relative always brings trouble with them, this time in the form of a currently-unknown quantity, Cole Clemens.

Elijah Van Dahl also shows how characters can always come back in even though you thought they’d been written out. That might be a sci-fi thing though? Still, it does bring me round to Jerome Valeska again: back and automatically proud of it with that grin even in death.

Whatever type of show Gotham is, one of the most interesting things the show has ever done is show how its people are affected by the actions of the mad and strange main characters and villains. Gotham City is not a nice place to live, best shown by its slave auctions in ‘By Fire’, but this is by no means the only example. Here in ‘Ghosts’ Dwight the mortuary guy looks to be starting a people’s rebellion against the city’s corrupt and uncaring power through Jerome’s example. 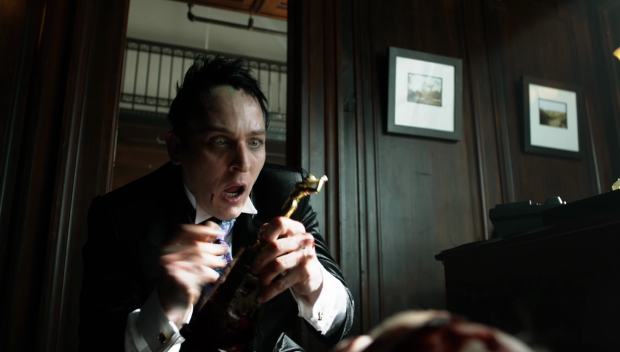 What have I done?

Now I know that the perspective is quickly going to shift off the people and back onto – I assume – Jerome himself but it’s really good to see this background. One of the ways comic book plots gain their relevance is through the context. Sure it’s all a bit wacky and perhaps just good fun but the long-term memory of why it was good and meaningful is more likely to come from why the characters were who they were.

Even more interesting – and impressive actually – here is the build up to this plotline. Jerome’s return has been a long time coming and has been teased before in ‘This Ball of Mud and Meanness’: Lori Petty as Jeri being made up in Jerome’s honour, also a character showing that Gotham City is just brutal for those without the influence to sit on high.

Sometimes Gotham moves so fast we don’t get to enjoy the weight of the show’s history, of the background it’s been building – here we really do. Sometimes the show is so keen to introduce a new element that characters appear with a throwaway explanation for their presence – here Jerome’s reappearance is a direct result of the destruction of Indian Hill. I’m eager to see where Jerome and the people will take us. I think this is one of the best laid plotlines Gotham has offered us for a long time and I want more of it. 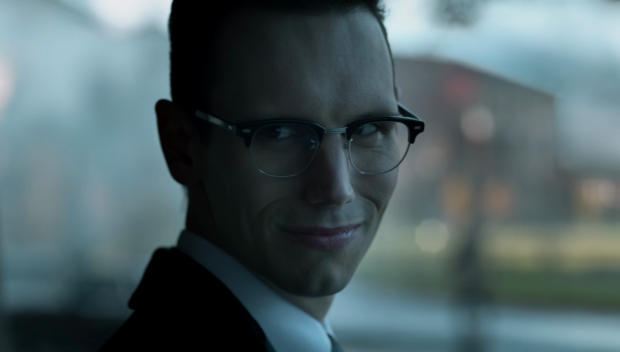 I love it when a plan comes together

The question of whether the Jerome or the Penguin-Nygma plot is going to be the main focus for this 3-epsiode arc sits unanswered in my mind. They’ll both be maybe. I’d rather just see more of Jerome though at the moment.

I did give some consideration to Oswald’s father being a hallucination but when Penguin so efficiently started to destroy himself it had to be Nygma. I didn’t think the whole affair would be Nygma’s clever use of Clayface and Barbara’s resources before they appeared and it played out well enough. Without the sheer volume of background behind it though, the rapid rise and fall of Mayor Cobblepot didn’t feel like it had anywhere near the power of the promise of Jerome’s return.

Plus, there was a part of it that tacked itself onto a list of problem points that made me think too much about what was happening:

All that said, these are small concerns compared to the promise of Jerome’s return. Also I was rather taken by Zsasz’s ego making him describe himself like some cross between a Terminator and a Sith Lord. And I did appreciate that though I dislike it when characters avoid answering questions as big as “who is my father?”, Catmom could have a decent reason to dodge the question – she might really, really not want to admit who it is. 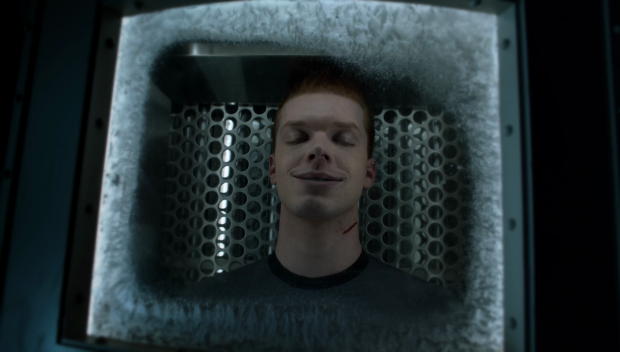 Penguin vs. Nygma has so far been OK but I loved the promise of Jerome’s return. Maybe when Penguin starts to fight back his plotline will pick up but Jerome’s return has had such a better build up that I’m far more excited to see that.

All in all I’m not so keen on Gotham becoming too much more of a soap opera but to be fair the bullet dodge that was not having to see the direct follow on from last year’s slow-motion falling knife gives me some confidence we’re not too close to that particular cliff edge yet.

“Hold on to your hats folks, cause you ain’t seen nothing yet!”