Gotham returns this week to the too-many-characters problem of season 1 but worse, manages to undermine most of the episode’s plot by removing all purpose and meaning from character interactions. As we sometimes still see with this show the needs of the plot can seem to outweigh the needs of character consistency. Certainly in ‘Light the Wick’ a lot of characters make out-of-character decisions or actions to further the plot, which ends up being quite meaningless as a result. 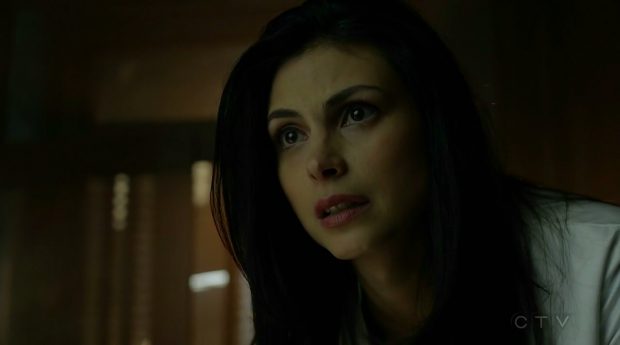 Why did you do this to my plot?

The Court of Owls should be offering some real threat value now their weapon has been unveiled. However, the unveiling plot so quickly and completely descends into tropes it was too difficult for me to engage with it at all. Oh no, sweet little children are in danger but fortunately Jim saves the crying girl and shuts the door just in time! Yes, Jim’s a hero but was his decision over whether to intervene really ever going to go a different way?

This lack of power in the plot is echoed throughout the Court of Owls. All of a sudden this episode their agents are all less intelligent and less capable and it turns them into just another bad villain. Kathryn turns out only to be a Munro though, not one of the five power families of old established in Scarification (Wayne, Dumas, Kane, Crown, and Elliot), so maybe I shouldn’t expect too much of her.

And her new Talon? He’s quite incapable against Barnes in the opening sequence, defeated by the plot requirement that the cold open needs to have a quickly established danger: No matter how skilful the Talon is Barnes must almost defeat him for the needs of the scene. The poor guy does manage to hold his own against Jim for a while but then somehow fails to notice a flame-thrower-wielding girl approach accompanied by a guy who walks with a cane!? Tabitha should never have run from such a Talon last week. But then, maybe the plot was on his side that time. 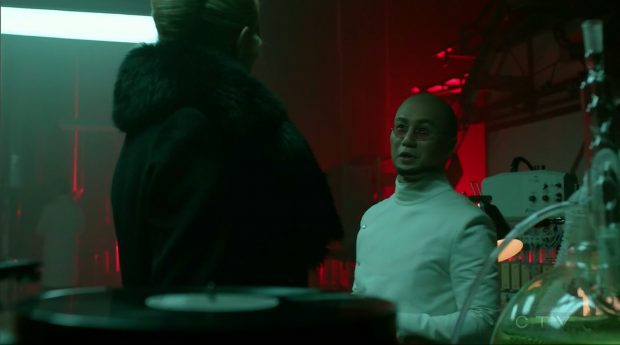 Jim at least is allowed to make a good bluff using his concerns about Penguin but Kathryn is completely compromised. Why was she overlooking Jim leaving her house if not to spy on him and his phone call? Does she secretly fancy him? No, it’s because The Plot Force needs a red herring. Why is she motivated to test Jim with the poison and the children? Same false attempt to make us believe she might have discovered his betrayal to give the test some threat. But again, his decision was never going any other way – no power, no meaning to either scene.

I was thinking it would be a powerful villain who could harness The Plot Force but amusingly sometimes it does bless the villains here. A second Talon immediately knows to follow Oswald after Firefly’s Talon-burning even though it takes Kathryn having to find the broken into drawer in her house to suspect Jim. The Plot Force giveth and The Plot Force taketh away. Unfortunately for us it taketh, leaving us with characters whose choices and actions have no value, no meaning, no consequences, all suffering a deterministic fate controlled by the physics of drama. 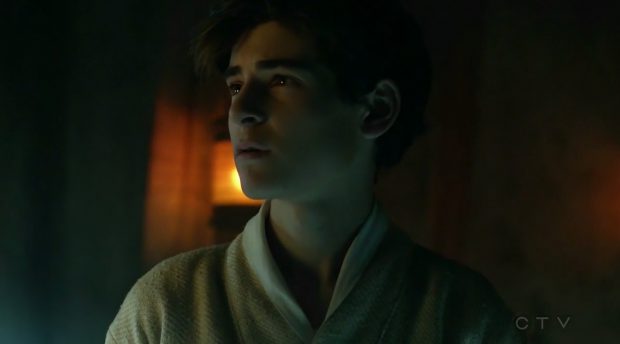 Wait, is this a trick?

We still don’t really even know why the Court wanted Jim in the first place. Why not Harvey or Lucius? And what’s with this goal of showing Gotham City’s inhabitants their darker selves? Turning them into raving monsters will give them new found respect for the law? It was nice to see Strange back sure, but using Alice’s blood for the Court? It’s a good job governments don’t intervene in this universe because surely Gotham City would call in the FBI or the army in response?

So the Court of Owls’ great plan then, seems not to have any control or believable purpose to it. Oddly though, this might have a good side. Bruce’s spiritual guide (that might not be Ra’s Al Ghul) owns the Court and wants to make Gotham pay. If all this is his plan then arguably the Court is being entirely manipulated. This also gets me round the problem that Bruce’s training is going to be so short and his purpose so meaningless: because you and Gotham need each other Bruce?! He bought that?

But, if the spiritual guide guy is playing a Cordelia trick on us then great: it makes sense that hero and lesser villains are just pawns, hearing what they want to believe whilst the real villain’s plan builds. That would even get me passed the problem that using magic to develop Bruce beyond his pain has no real emotional impact on me – it makes it too easy when Bruce doesn’t really have to make a hard choice. But if this is all just a big trick – very nice. Time will tell perhaps but even so, shouldn’t the Court of Owls be able to see through this ploy? They are long-term strategists after all. They were stupid enough to leave Strange unattended though, so who knows. 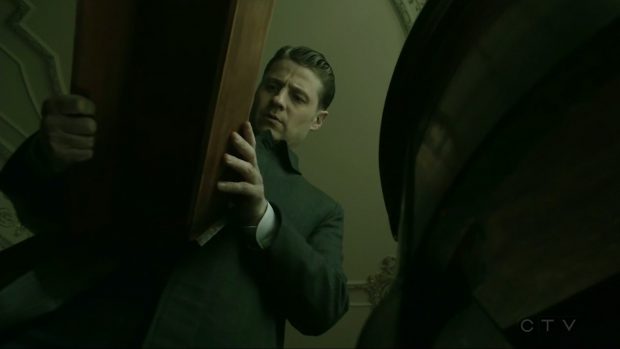 It could only ever have been this drawer

I feel I want to emphasise here that I do still like all the characters. I think they’ve – mostly – all been set up well enough – the main characters anyway. And they do still get some good moments here because of that. I like that Oswald works out what happened to Ed and still tries to lean on Jim through their system of favours. Ivy is great when she shows us she’s still very childlike and it’s really fun when her powers go slightly wrong for her. And yes, there was Jim’s bluff when he was faced with Kathryn in her home.

But of these good points have to survive amongst the impossible, farcical or meaningless. Why was Jervis Tetch commentating on Barnes’s escape? Why did Ivy need to speak to Cat right now? What’s in it for Firefly and Fries now they’re just Penguin’s minions? How did Penguin get across the city to the society ball in less than ten minutes? Why didn’t Barnes judge and kill Kathryn? And so on.

Some characters were spared this treatment, suffering only from the plot rushing passed them as fast as it used to in season 1; but I can’t decide if they ended up better or worse off because of it. Cat? Wasted appearance. Ivy’s crying at her bedside was believable enough but wasn’t given the development time to be powerful. Professor Strange? Wasted appearance. All he really got to do was to explain he’s fixed Fish Mooney and how the poison would work. Tabitha? Wasted appearance. She just got to be moody and had no chance to tackle her problems with Barbara from last episode. And Lucius? Is he supposed to be grateful he was allowed out of the GCPD equipment cupboard? 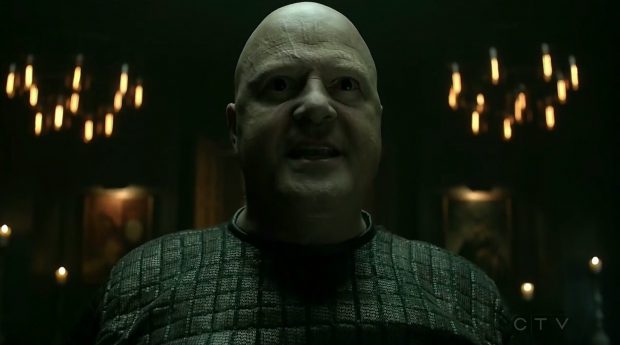 I’m free!… To be your minion

Worst of all, poor Lee. She has real issues to deal with and her challenge to Jim could have been really important. She could have seriously hampered Jim in a way a room full of children just could not. What if Jim had been faced with a choice involving her instead? From her perspective she’s right to investigate a dangerous Jim and the Court of Owls could have slipped her information to bring him down. Jim could have been forced to choose between stopping to reason with Lee, letting a dangerous problem elsewhere get worse, and steamrolling over her, stopping the other problem but making his connection to her even worse.

This could have then been built upon later when Lee becomes an even greater problem through Jim’s further mistreatment of her. Would this not also have given their parting argument real feeling? An argument that instead of needing dramatic music to pretend it had meaning would have had great power of its own?

This is one of my least favourite Gotham episodes of all time. The Plot Force has always dogged the series, compromising characters and forcing them to make strange choices but never has it taken hold of an episode so completely before.

There are odd little points where a few characters get to show they’ve not been totally enslaved by it and still get to make their own decisions but for the most part they all either crippled by The Plot Force or made fools by it.