The rise of heroes in Gotham season 3’s final arc still seems more of a future promise than a present event. Certainly Bruce is moving into his training in earnest but it’s difficult to see how Jim’s upcoming dance with the Court of Owls will make him a greater hero than he has been so far. And then there’s the Penguin’s potential return to prominence as he makes use of Ivy’s abilities to re-establish his power base: I doubt either of them are about to turn hero. Presumably they represent instead the villainy that the Court of Owls seeks to destroy? 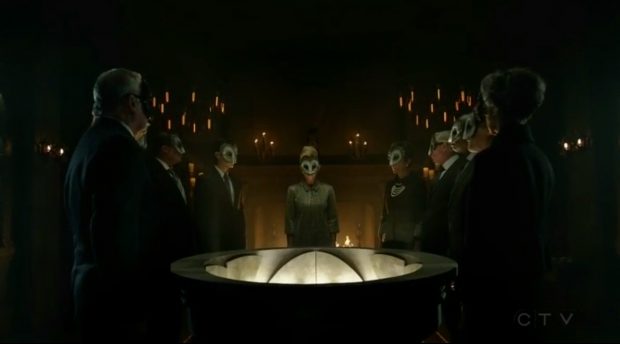 Clearly I may well be getting hung up too much on the arc title over the episode content here, but as it happens my feelings towards this week’s plot were quite similar: though full of perfectly reasonable ideas I found myself wondering what the next big deal was going to be in the future rather than being caught up in the moment. And I felt very much the same when Bruce’s origin story pops up.

Probably Gotham could never get away with not showing The Scene – it is such a defining moment in Bruce’s past – but is there anything new that can be shown about his parent’s death now or is it something that we just need to get passed before we can ‘get onto the good stuff’? Fortunately the scene itself was quite brief. Better, we saw it because of some immediate relevance: Bruce’s unforgotten and unprocessed pain being something that will hold back his training.

Now this is something I can readily believe. It seems very real that to be the hero Bruce is to become he will need to have overcome his demons, so they can’t be used against him and so he can focus his mind under any circumstance and develop the skills of a true master. But I think I read that into the plot myself. As Bruce calls it himself the wise old man – that disappointingly isn’t Ra’s Al Ghul (maybe…?) – might just be choosing to speak in unnecessary riddles to increase his mystical aspect. So again, though I like the idea of what I’m seeing it does seem to hinge very heavily on what’s coming next to really give it great meaning. 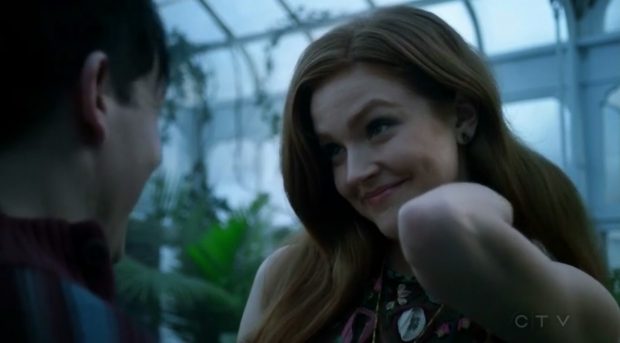 I can make people do whatever I want

Jim’s plot, by contrast, is moving right now. I stand by my statement that I’m not sure how this current challenge will increase Jim’s heroic nature. Despite Lee’s odd little appearance to point out what might be a character flaw for Jim I don’t believe he’s in the middle of a character conflict at the moment. Yes he’s dealing with a family revelation – and yes I now believe Uncle Frank was telling the truth – but this isn’t a struggle to define himself like those Jim has faced before I don’t think.

Nonetheless, Jim’s plot held the most to enjoy for me this week. I was a particular fan of the scene where he tries to arrest his uncle. It allowed Jim to give in to his anger in bull-headed fashion whilst still moving the plot onto reveals about the Court of Owls’ weapon, containing a well-performed physical and plot reverse as Jim ends up on the floor.

I also very much enjoyed James Remar’s simple look at the gun as he puts down the phone after calling Jim to their final meeting. I’m not knowledgeable enough to know if it was the actor or directing that gave us that look at the gun but I really appreciated the scene both for what it gave us and for what it avoided. 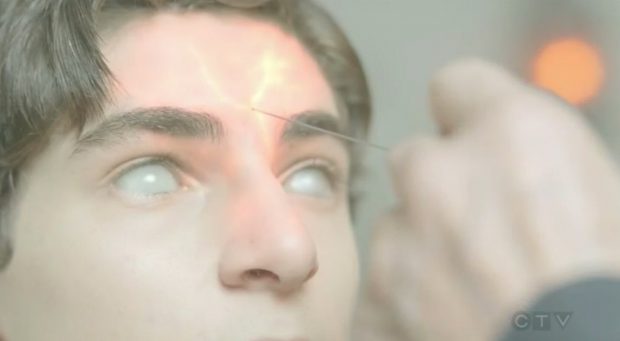 As presented I saw a character with a big decision to make that concerned something he really didn’t want to do. I reasoned that he was really considering shooting Jim because I’d wondered if he’d been lying to his nephew about his purpose in some way. And clearly even as an evil member of the Court of Owls he might still be concerned with killing a family member. As presented then, we were given a character with a believable horrible choice to make.

Importantly for me this also dodged a wholly-unbelievable trope that would have driven me up the wall. The standard shot for this scene would be a grim-faced man looking as if he’d turned back to evil to try and get us to believe the lie that Uncle Frank had decided to kill Jim and it was ‘all a trap!’ Beyond the problem of it being a trope none of us would have been convinced that Jim would have been in any real danger.

I love to see a bad trope dodged, especially when it opens up a believable question over what’s to come; and it’s all the more enjoyable when it’s grounded in a solid character conflict, in this case whether Frank could or could not be trusted. 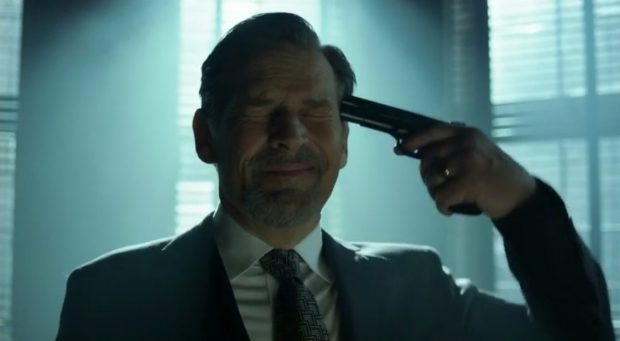 Stop! I believe you now, I swear

The third plot of this episode’s character work I struggled with by comparison. When did Ivy go all Annie Wilkes? And is she now the comedy character of the piece? Now, I can easily believe that someone who physically grew up overnight would still be a child at heart – fair enough – but where does this come from given that she’s been shown to be living amongst Gotham’s finest, seducing men and stealing whatever she wants? I feel like I could accept that there could well be multiple, quite-different parts to her personality of course but I think I would have liked to have seen the transition or conflict building up to this.

Perhaps the truth though, is really that I find the current Ivy more believable that the first grownup version of her that met Cat. The current Ivy is childish and devastating, very much a child suddenly given too much power. By contrast perhaps the first instance of a grownup Ivy seemed to have taken control over her new power far too easily and well.

Time will tell whether Ivy and the Penguin will work together in an entertaining fashion. I think I just need to shift into this new gear to enjoy it properly. 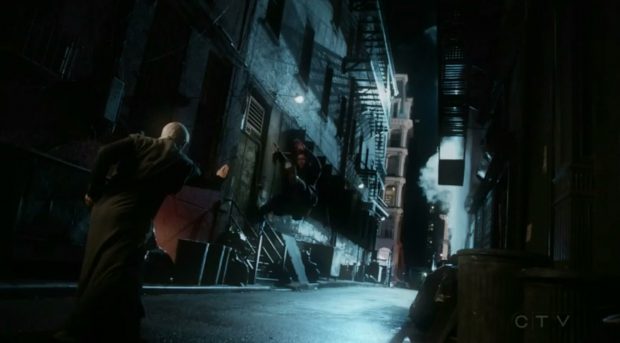 Always learn to fight in The Matrix

Ultimately this episode did enough to make me want to see more. I want to see Bruce breaking through the mysticism and finding a truth behind his training to come. It’ll certainly be interesting to see a hard-hitting Jim Gordon navigate the politics of the Court of Owls. And watching Penguin trying to keep control of the force that will be Poison Ivy could be very entertaining. It’s like everything’s been knocked just off centre enough to be recognisable but still oddly threatening in a shadows-over-your shoulder way. That said, those shadows are still very much lurking at the moment, with the real story yet to leap out of them.