“Are You Ready for Some Zombies?”

iZombie returns for a fourth season with a complete change in status quo and a strong focus on world building as the new reality of the show is explored.

Season 3 ended on a really bold and interesting note. It’s one thing to temporarily change the framework of a show or have characters thrust into unfamiliar situations but it’s quite another to decide that the show will move onto a new reality that alters the characters and rule set in fundamental ways. 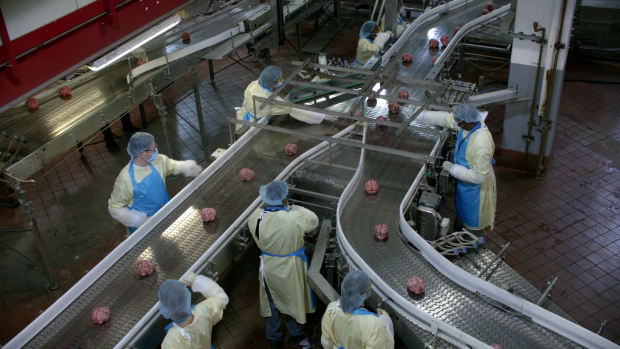 This episode is about taking the audience on a tour of what iZombie is now and starting to show how the characters fit into that. For the most part Liv is where she has always been and has the same dynamic she has shared with Clive since the show began so there’s a solid level of familiarity to build out from.

Even though the dynamic itself hasn’t changed the mechanics of how it works has. Liv still eats brains and has visions that provide clues to further the investigation so that much is the same but the knowledge that Zombies exist has made things both easier and far more complicated. She can now tell suspects that she had a vision and what it contained in order to dissuade them from lying for example so there are certainly improvements to what might otherwise amount to tedious conversations with the guilty party. Of course there are complications to that as there is a reference to visions being inadmissible in court so evidence and confessions are still key to finding criminals. Throwaway lines like that are instrumental to fleshing out this new reality without derailing the story. Casual mention of what has been happening makes “New Seatle” feel lived in while not being fully defined due to how little time it has existed.

Filmore Graves is in charge of managing the situation which may not be the best idea considering that they caused it in the first place. There’s something of a martial law approach to the new city with Chase Graves dictating the law and doling out extreme punishment if that law is broken. A Guillotine is built as a deterrent for anyone who thinks about breaking the law with the very real possibility of it being used. There is some debate over whether Chase Graves is that extreme or not but based on what is known about him so far my thinking is that he wouldn’t hesitate to make an example of someone by savagely cutting their head off in a public execution. 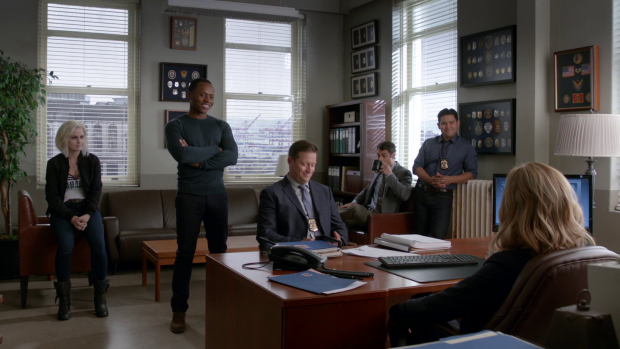 The walled city idea makes sense from a certain point of view as a societal reaction to the outbreak of a virus. When considering Zombies as the victim of an illness then the walls create a quarantine zone that is supposed to be for the safety of those both inside and outside. As with anything on this show it isn’t nearly as simple as that as there is a lot of debate over whether becoming a Zombie is a condition that needs to be cured. We’ve seen several examples -including Liv- of Zombies that feel like their life has become better since the change so there would be no desire to return to being Human. Major became a Zombie by choice because he was disillusioned with the notion of being Human after seeing what people are capable of. To his mind the Zombie population are much more reasonable and he would rather identify with the persecuted than those who persecute. It’s a singular point of view but it serves as a clear example of why the problem isn’t as simple as curing a virus.

It appears that the main angle for this season will be the class divide. Filmore Graves and others are the privileged elite in society who can drink in expensive bars, eat in fancy restaurants and enjoy an affluent lifestyle. At the other end of the spectrum there are young Zombies living on the streets scavenging for whatever brains they can get their hands on. Filmore Graves portion out rations but it isn’t enough to pacify the masses so it’s clear that there will be a tipping point at some point in the future. Eventually the lower classes will become tired of those with means mistreating them and there may be some form of Zombie uprising in order to create equality. For now the issue is bubbling in the background and is continually referenced as something to watch out for.

Major’s work with the teenage Zombies in this episode offers a grounded perspective on that divide. They all seem lost and undernourished with a healthy amount of contempt for the system that has been forced on them. It’s good to see Major back to his youth counselling roots in a different way as it gives him something definitive to do while exploring the world that he now lives in. Chase Graves using this as a recruitment tool to entice young people into helping police the situation adds further layers to it as there is an element of blackmail to this community outreach program. Major clearly doesn’t feel good about it and the fact that running this was sold to him under false pretences is something that he obviously doesn’t agree with even if he doesn’t say anything. Based on this episode it looks like there will be lots of little things that result in a significant event happening. This is an example of capable world building and the build up to it is so far interesting. 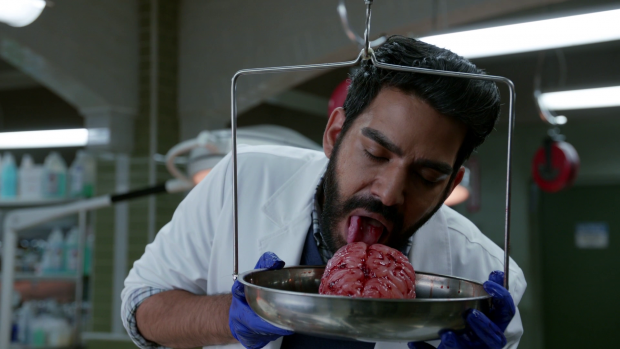 Ravi’s time of the month

There are other bits and pieces that contribute to the new reality of the show. Ravi’s experimental vaccine works though there is a cost in that Zombie traits manifest about once a month which means that Ravi can eat brains and alter his personality periodically without completing the change. It’s an interesting detail for now but I’m unsure where the show will go with it though the vaccine will have to be considered as a viable option for the population at some point. It’s unclear if anyone else is working on it though it’s unlikely that Ravi would be the only one trying to perfect a cure. It’s something that is dropped in for now and left with room to grow in upcoming episodes.

Peyton is working for the Mayor which puts her on the side of the privileged elite which will likely be no accident considering the undercurrent of class struggle that already exists. The scene in the restaurant was an example of decadence that she has chosen to be a part of though it’s likely that she isn’t unsympathetic to the struggles of those less fortunate. Her stance on Zombies hasn’t really changed because Liv is still her best friend and roommate despite the struggles that will come with that. Branding the doors of suspected Zombies with a big red “Z” is another little piece of world building indicating how tense the overall situation is. Peyton notices this and it clearly concerns her but she has to acknowledge that it’s the world she now lives in and has to navigate in her own way. 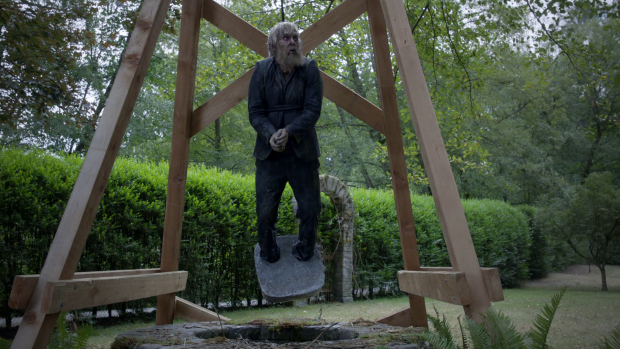 Angus returns from the deep

The return of Angus out of his well prison was an interesting surprise as it throws an unpredictable element into the mix. The dishevelled undead look is a great contrast to his relative lucidity and Robert Knepper plays lunacy wonderfully. His desire to create an army of Zombies because God told him to is a fun maniacal plan that highlights how insane he has been driven by listening to Blaine’s rambling in the several months since he was put down there. Considering the situation around him he could be a massive contributing factor to the veneer of control being shattered.

Blaine has found a place in this society though even that is far from secure. Chase Graves only lets him operate as long as he finds Blaine useful and it’s clear that there will come a time where Blaine outlives his usefulness. For now his businesses are allowed to operate because they give him access to information that can be actioned. How long this will keep up before Blaine has to find some leverage to facilitate weaselling his way out is anyone’s guess but I liked seeing him in a familiar role with a different spin.

One thing certainly hasn’t changed; the case of the week is still the least interesting part of the show. Liv’s added personality is entertaining enough and allows Rose McIver to make a confident return to the role but I wasn’t invested in the investigation though I did like seeing how the Seattle PD approach things like this in the new reality and it does work as a way to show how Liv fits into the world around her. It still feels like the same show albeit with massive alterations and the characters have retained the charm they always enjoyed. 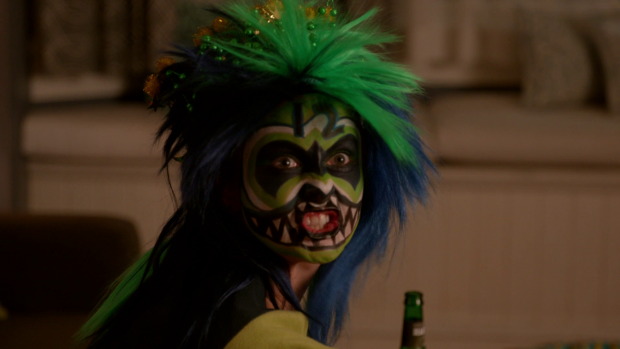 Liv buries herself in the part

A strong and interesting return with a new status quo that manages to feel familiar enough to what the show once was. Liv’s dynamic with Clive hasn’t changed but the way investigations are approached has. We still get Liv eating brains and her personality altering so the fundamentals of the show haven’t changed. What has changed is the world around Liv so this episode is very much about establishing that and exploring how the characters fit into it. There are a lot of interesting ideas such as class division, fear, racism and martial law rife for exploration throughout the season.

There are lots of great character beats such as Major returning to his roots of Youth Counselling with an added twist, Ravi indulging in altered personalities and Peyton navigating life as a privileged member of society. It’s great seeing the characters interact once again and they remain as strong as ever with lots of room to dive into the added detail in coming episodes. Throwing in Angus as an unpredictable element in a tense situation is interesting so far thanks to Robert Knepper’s wonderful lunacy. As often happens the case of the week is fairly underwhelming despite Rose McIver having an interesting personality to play with. It’s good to know that the fundamentals of the show remain intact at least for now.