iZombie deals with the fallout of last week as Liv begins to search for a dose of the cure and Blaine hits rock bottom.

The best way to describe this episode is as a placeholder. Sometimes that means that it’s a bad episode bereft of anything meaningful but for iZombie that’s never the case. When I say that it’s a placeholder I mean that it’s an episode that keeps the arcs moving along without any significant development. 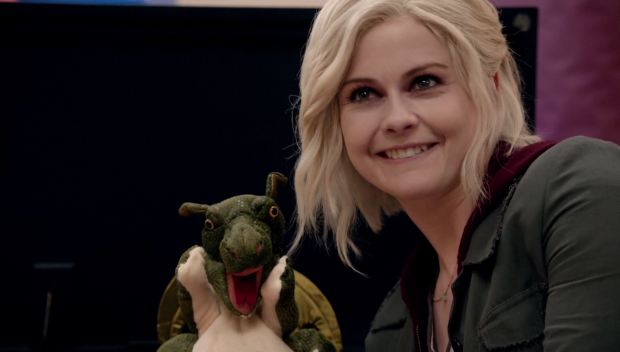 There’s not a lot that can be done at the moment until the cure is found. Liv gets right to work tracking it down and goes after Blaine right away. He apparently doesn’t have it but gets a painful punch in the face for his trouble. He definitely deserved it but it’s clear that Liv’s barking up the wrong tree going for him. It’s a funny scene and rules him out as a suspect about as quickly as the episode possibly can. Of course I wouldn’t be surprised if it turned out to be him anyway.

Don E is the next stop. He claims not to have stolen the cure either and points out how much money he would be making if he had. Again, he can’t be ruled out as a suspect but Liv clearly isn’t going to be making any significant progress in getting to the bottom of this mystery anytime soon. Out of the three suspects I listed last week that only leaves Filmore Graves but I’m unclear what their motivation would be or how they might have found out. It’s possible that it’s someone we don’t know about quite yet. It’s good to have this addressed so soon and have the opportunity to build on it presented.

Liv’s accusation of Don E also allows for some development of his business, the Scratching Post. On the surface it seems like a safe hangout for zombies who can be themselves without fear of accidentally scratching someone or being discovered. It could end up being like the alien bar in Supergirl to use a recent example. With Don E running the show there’s almost certainly something untoward going on and we see a bit of that in this episode but I’ll come back to that when I talk about Blaine. 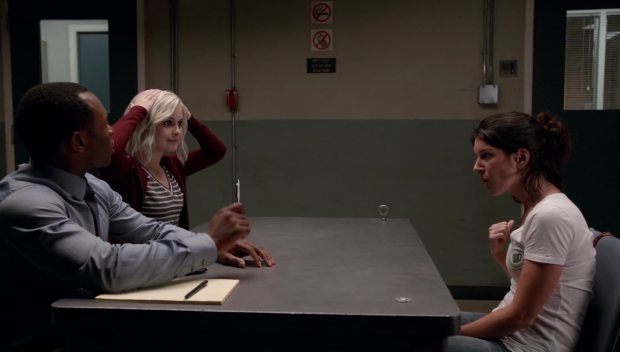 Liv calls a “Time Out”

The Scratching Post as a location serves two important purposes in this episode. One of them is showing the mercenaries having a night to themselves to enjoy a drink and some food with brains as a central ingredient. It’s fun seeing them in this setting and adds a bit of depth to what basically amounts to a group of glorified extras at this point.

Its second important purpose is an opportunity for Liv and Justin to get to know one another. I haven’t mentioned Justin much before but he hasn’t felt pivotal to the progression of the plot before now. This episode has him feel more like part of the cast and expand his interactions beyond Major. It is slightly clumsy in that Major is suddenly spending a lot of time with Justin for reasons unknown and the whole asking for permission to ask Liv out is fairly bizarre as well. Major and Liv’s romance is currently doomed until she can cure herself should that ever happen but some time to let the relationship settle before Liv potentially shacks up with someone else should be allowed. Major doesn’t even seem that bothered when Justin asks which just doesn’t make any sense.

Justin is a good character though. Tongayi Chirisa feels like a natural fit for this show and has great chemistry with Rose McIver. It wouldn’t take much to make him a seamless addition to the cast though he could also join Lowell and Drake as another of Liv’s tragic love interests. The episode does a great job of making fun of that in a great scene where Ravi says what everyone else is thinking. Scenes like that show how natural and well developed the friendships are on this show. 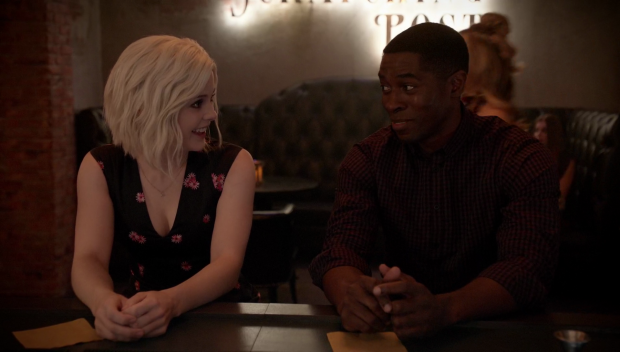 Liv and Justin get to know one another

I found the ending where Justin and Major got called off on a strange mission and accidentally had Justin in “full on Zombie mode” caught on camera to be really clunky. There was no real context to what they were doing so it made it difficult to invest in. I’m also sure that Major remaining a mercenary after being cured is another in his long list of bad ideas.

Blaine is having a really bad time of it in this episode and he definitely deserves to considering how he has behaved. It’s unclear whether he’s a better person or not but David Anders does a good job of trying to wring sympathy out of the audience. I keep reminding myself how bad he is as a person as David Anders’ charisma almost makes it possible to forget while sympathising with the hardships he endures in this episode. 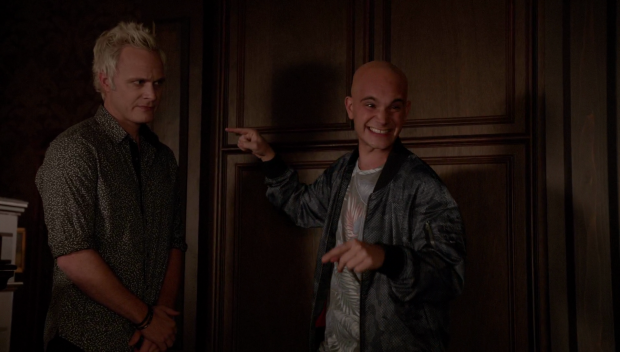 Not a good day to be Blaine

He is clearly upset that he doesn’t have Peyton any more for obvious reasons but there’s also an overriding sense of loneliness and despair to him in this episode. He doesn’t have a close connection with anyone and those who were once his associates have turned against him. Adding to this is the loss of his business and a shot in the gut for good measure. I doubt he’ll actually die but it’ll be interesting to see what the writers do with him now that his business is no longer his.

I was underwhelmed by the case of the week. By the time the murder was solved I’d forgotten who most of the people involved were but I did have a lot of fun with Liv on the brain of a preschool teacher. Assigning a “time out” during an interrogation and her repeated use of puppets to put people at ease made for some fun scenes. Clive clearly becoming impatient with the way Liv behaves is really funny as well. Now that he knows the truth their dynamic has become so much better to watch.

A solid episode that acts as a placeholder in many ways. It does manage to rule out Blaine and Don E as the thieves of the cure for now though either of them could still be suspects. The Scratching Post has a lot of potential as a location despite definitely being untoward considering who owns it. Justin is a good addition to the cast and has believable chemistry with Rose McIver. He could become more prominent or be the next dead love interest. Peyton working on the Dominatrix case is surprising as it doesn’t feel connected to the other stores though there’s a suggestion that it is about to become more prominent.

Blaine hitting rock bottom is arguably what he deserves but also makes me wonder what the writers will do with him next now that his business has been taken from him and replaced with a bullet to the gut. I doubt he’ll die but his role from now is up in the air. The case was underwhelming but Liv on Preschool teacher brain was amusing with her use of puppets and assigning a “Time Out” during an interrogation. Clive clearly starting to lose his patience is a lot of fun. The ending of the episode was really clunky as there was not context assigned to Major and Justin being sent on the mission so it felt a bit off. 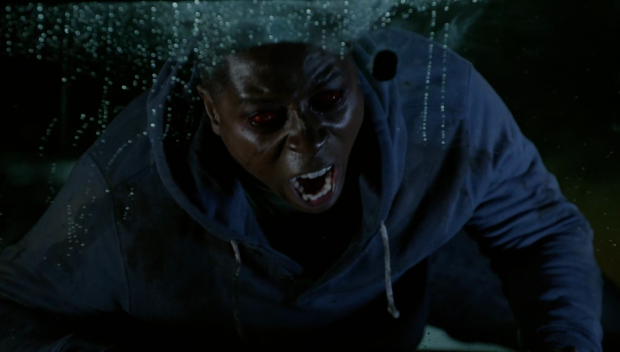 Justin gets caught in “full on Zombie mode”