iZombie sets the stage for the season finale with a growing anti-zombie sentiment and further complications coming out of the woodwork.

One of the many things iZombie has been doing particularly well lately is playing around with the standard format. The case of the week structure has diminished in recent weeks in favour of interesting alterations to the formula. This episode continues that trend with the murder of Ravi’s former boss and lover Katty. 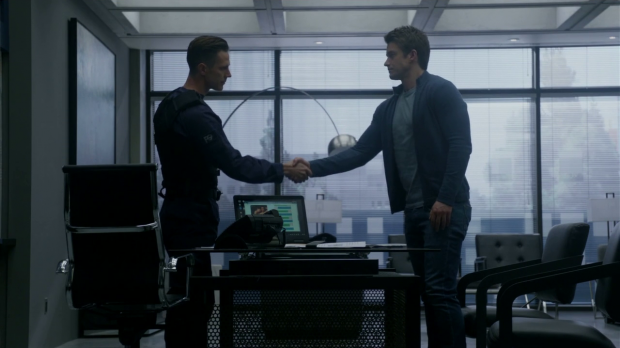 Naturally Liv eats her brain but the focus isn’t on solving her murder; instead more time is devoted to continuing her investigation into an unusual flu outbreak. Clive, Liv and Ravi pick up the interviews she was conducting of the flight that the outbreak was traced back to. The idea is that this might provide clues to her murder so the case needing to be solved is still there but it fades into the background.

Katty’s brain brings other changes to the established format. The only visions are Liv hilariously being assaulted with images of Ravi during sex. It’s relatable as it amounts to a “too much information” scenario between friends and it’s played with the typical iZombie light touch. Ravi quite likes the idea that his performance is there to be viewed and Liv is horrified to the point she feels sick. It’s a good character beat that allows Rahul Kohli and Rose McIver to stretch their comedic chops.

The other format shift comes from how Katty’s personality manifests. Normally Liv’s behaviour is profoundly changed pretty much right away so we get an exaggerated sense of the murder victim’s personality. Normally a specific trait is amplified but that isn’t the case here. It’s difficult to know where Katty ends and Liv begins because her behaviour doesn’t seem too out of the ordinary at first. Liv also feels that uncertainty as she struggles to rationalise the way she acts and feels in this particular case. This is something the show could play with more as there could be reasons that certain personality traits manifest more clearly than others. Obviously the out of universe explanation is that it’s often hilarious and the perfect acting showcase for Rose McIver but there could be an in universe explanation that works too.

In this case, Liv finds herself compelled to pick up guys in a bar and go back to their hotel rooms. Apparently this was something Katty was known for doing and the same compulsion affects Liv. The problem for Liv is that she can’t go through with it because as a Zombie she can only have sex with other Zombies. This is shown when she backs out at the last second when her saner head prevails. 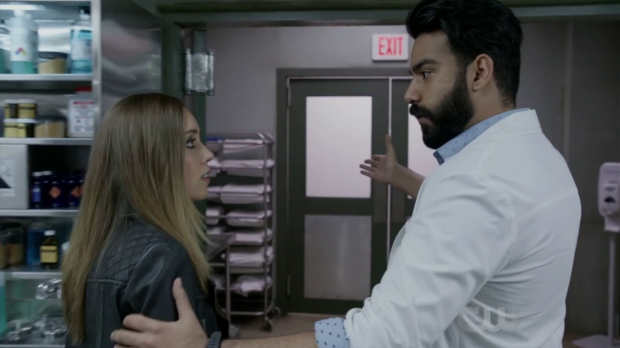 Katty’s brain affects Liv in other interesting ways. It causes her to question what has previously been a fairly casual connection with Justin. Up until this point she seemed content to let things happen naturally and neither of them seemed to be in a hurry to place a label on their relationship. Now that Liv is coming onto random guys she starts to feel guilty about potentially cheating on Justin so asks him outright what their relationship is. As far as he’s concerned they’re exclusive which does help to put Liv’s mind at ease in some ways but adds extra weight to the decision she makes later.

The scenes she shares with Chase Graves are best described as sexually charged. Jason Dohring and Rose McIver have excellent chemistry and Chase’s intentions are made abundantly clear pretty much right away. Liv’s decision to sleep with him might be motivated by the brain’s influence but it potentially creates a roadblock in her relationship with Justin since she theoretically has to answer for it unless she decides to keep it to herself which doesn’t fit with Liv’s characterisation.

Liv’s encounter with Chase reveals another aspect to the mystery surrounding Katty’s murder since she sees her name in Chase’s hotel room. What connection he has to her is unknown but my suspicion is that he killed her because she was getting too close to the truth about Zombies.

If that is the case then killing her might have been for nothing since the truth is very close to coming out. Liv is forced to apply make-up and wear a wig so that people don’t connect her to the image of the Zombie making the rounds thanks to Rachel. She doesn’t appear in the episode much but Ravi outlining the reasons he feels betrayed is a funny and important scene. Watching him tour the Morgue at the same time is visually impressive as it isn’t something that we’ve actually seen before to my knowledge. Rachel seems apologetic but also appears to think that outing Zombies is some kind of public service. Her motivations are understandable since she is broadly acting out of fear and a lack of understanding which suggests to me that it’s possible for her character to be redeemed. 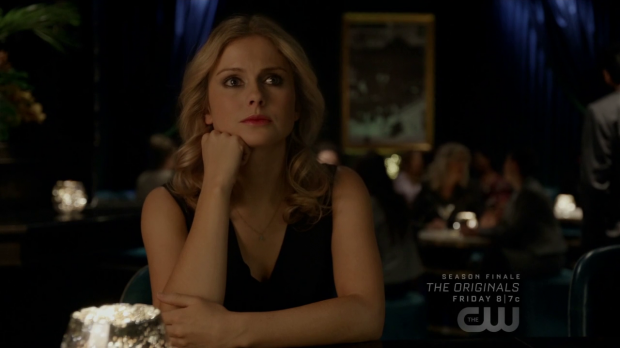 Major is dragged kicking and screaming back into one of the overlapping stories. Chase sees through is claim that he is still a Zombie just as his sister did though his evidence comes from the photographs of his sexual exploits with Shawna. Chase is a little angry with Major for his deception mostly because it could potentially have put other Zombies in danger. Generally speaking the parting of the ways is very amicable and Chase seems genuinely appreciative of Major’s service so far.

My main issue with this part of the plot is that dialogue suggests that Major has become an integral part of his squad to the point that they consider him family but that hasn’t been previously established. None of the interactions we’ve seen have added this layer to his relationship with the other soldiers so taking it on the word of those saying it in this episode feels less than genuine. It’s necessary for the plot but doesn’t really feel organic.

Natalie returns after taking some time to enjoy being Human again and ready to put down roots in Italy. She connects with Major on a physical and emotional level which does feel like it’s a long time coming. Robert Buckley and Brooke Lyons have such natural chemistry together that it’s enjoyable to watch them bounce off one another.

It isn’t really a criticism but her return is framed in such a way that it’s obvious it won’t end well. Natalie convinces Major that he has no reason to stay in Seattle since everyone thinks he’s a murderer at best and a kidnapper at worst. Since Major agrees to leave it’s clear that something terrible is about to happen as Major likely isn’t going to leave the show anytime soon. 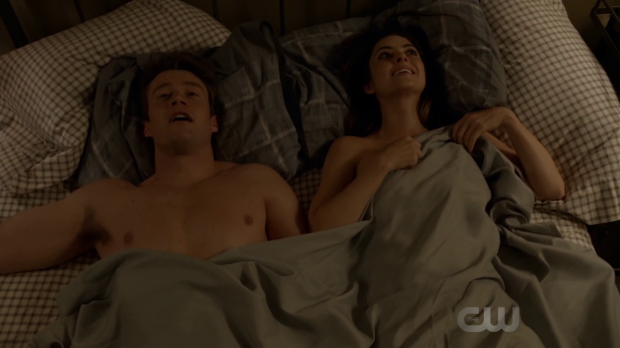 Surprisingly this didn’t make the ending any less shocking. Harley Johns suicide bombing the Filmore Graves gathering was unexpected but completely in keeping with his character. It makes sense that he would hate what he has become and want to take out as many Zombies as possible when he essentially becomes a martyr for his cause. It’s a shame that Natalie is killed this way -presumably- but her character has been enough of a feature that the loss will be felt.

An excellent episode that sets the stage for the finale next week brilliantly. This outing provides yet another example of changing up the case of the week formula by having the aftermath of the murder more focused on continuing Katty’s work rather than necessarily solving the murder. Liv is affected by the brain differently since the personality shift isn’t clear until later on and it’s more difficult to figure out where Katty ends and Liv begins. This ties into the larger plot when she decides to sleep with Chase and discovers Katty’s name on a napkin. It’s possible that Chase killed her to stop the Zombie secret getting out which seems redundant now.

Major rejoins one of the ongoing stories when he is let go from Filmore Graves after Chase figures out that he isn’t a zombie. This is necessary for the plot but the camaraderie that supposedly exists hasn’t been previously developed so it doesn’t work as well as it should. The return of Natalie as an omen for something terrible happening is well done thanks to the chemistry between Robert Buckley and Brooke Lyons. Despite the fact that it was clear something bad was going to happen the ending still managed to be a surprise as and is consistent with Harley Johns as a character to martyr himself for his cause. 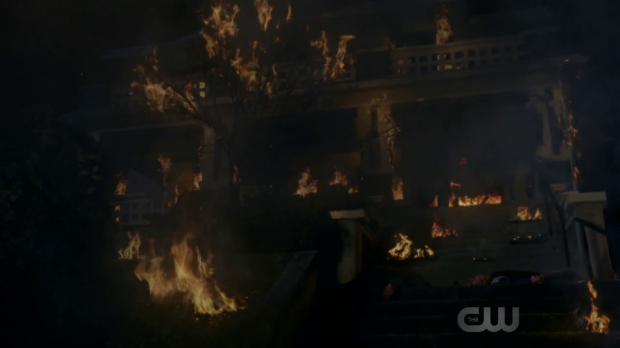