iZombie continues the build towards the inevitable Human vs. Zombie conflict as Major’s time really starts to run short.

I mentioned last week that Major has been inconsistently handled this season. This is largely meant in terms of plotting rather than characterisation. There’s a lot going on with him but at his core he is always true to who he is even if he lacks direction. Living on borrowed time has been the strongest of his various stories because of the potential it has. Up until this episode it was being mentioned here and there to remind us that the clock was ticking but not much else was done with it. 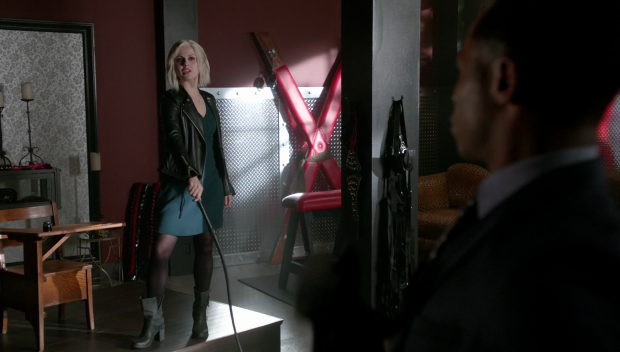 This episode brings it to the forefront as we get to the point where Major either has to take the cure or die. For dramatic reasons he has time before he absolutely has to take it so there is an opportunity for Major to say goodbye to those closest to him before he loses his memories.

The two key relationships in Major’s life are Liv and Ravi who are both really devoted to his well being. Ravi can’t bring himself to leave Major’s side and falls asleep in his chair. Liv urges him to get some rest because they need him to be sharp to help him with the cure and memory loss. Ravi clearly doesn’t want to lose his friend as he knows him so wants to stay awake. It’s a really sincere and understated gesture that shows how deep the friendship goes without making it feel overly sentimental. Ravi even foregoes the emotionally charged speech because it just isn’t necessary at this point. None of it needs to be said because we have seen it develop before our eyes since the characters met.

Liv is a different story. She has such a rich history with Major that the show needs to spend time exploring that before Major forgets all of it. They talk about their first kiss among other things while Rose McIver and Robert Buckley bask in their shared chemistry. Major asks her to remind him what they mean to one another and pick a less silly name for him which brings a lighter touch to such an emotional moment. This interaction works perfectly as an opportunity for Liv and Major to say exactly what they feel since they won’t have a chance to again and it’s just so watchable. The fact that they have one last passionate night together makes sense as well considering the heightened emotion and the barrier to physical contact about to exist between them again. 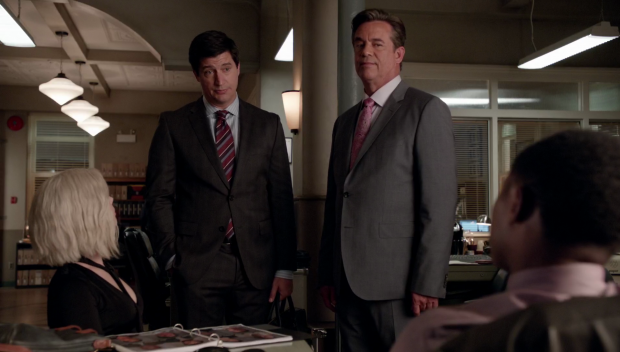 The partnership we never knew we needed

One drawback is that Peyton isn’t around despite the fact that they have established that she is also close to Major. There is still time for her to weigh in on the situation as his memories won’t disappear right away. I would guess that the next episode will be something of a victory tour for Major before he loses himself completely which may become too melodramatic but I do have faith in the writers of this show.

Major being forced to take the cure comes at a really bad time as he is at the point where he is finding purpose for himself as a Zombie. He is out in the field with Filmore Graves and appears to be doing good while sustaining injuries that would kill any human being. The opening action sequence was well executed and showed that Major had found a place in the world. Of course he won’t remember it so won’t regret it but it adds to the tragedy.

Filmore Graves also factors into the overarching story leading to the Human vs. Zombie conflict that is due to hit at any minute. There are more clues that Harley Johns (the avid Zombie message board poster) was paying special attention to Wally’s house the night before the murders. Liv and Clive can’t get involved so it’s only natural for Vivian to step up. She invites him to Filmore Graves under the pretence of compensating him for his losses and uses the opportunity to question him as well as bug his car. The answers to the questions are disturbing as he clearly knows enough to make him dangerous and has a few trigger happy friends ready to shoot a Zombie on site. He even knows how to detect them so we haven’t seen the last of Wally and I could see him playing into the overall narrative at a later point. He’s not a deep character but he doesn’t need to be as sometimes a man with a chip on his shoulder and a loaded gun is more than dangerous enough.

Vivian’s willingness to kill Harley because he knows too much shows how far she is willing to go. Liv reminds her that she works with the police so can’t really be involved in such illegal activity. I can’t imagine that this is the end of that and I fully expect unexplained dead bodies to start turning up. Perhaps Liv will eat the brain of someone Filmore Graves disposes of and that is how she will learn what they’re up to. 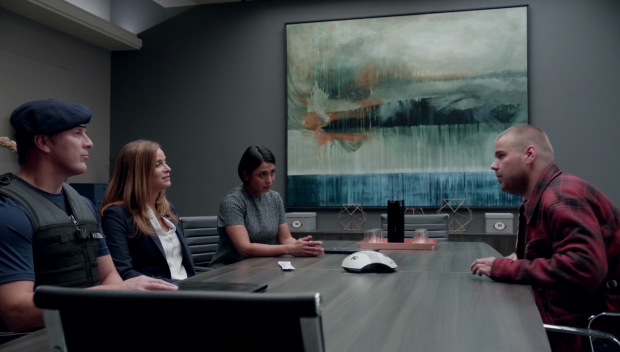 Vivian steps into the Humans vs. Zombies situation

I had a great time with the case of the week. Liv taking on the personality of a Dominatrix is something that could have gone so wrong. For one thing this is a CW show so there is only so far the envelope could be pushed in depicting this but the writers found a way to make it work. Liv’s behaviour was more the focus than her actions and it was absolutely hilarious. The way she took charge and verbally abused people in conversations was brilliantly done. My personal highlight was her interactions with Jimmy the Sketch Artist. He clearly enjoyed the treatment and Rose McIver’s performance was great to watch.

As if that wasn’t enough we were given the pleasure of seeing Ken Marino’s Brandt Stone as the lawyer to Daran Norris’ Jonny Frost which makes for a superb Veronica Mars callback while being hugely entertaining in its own right. There was some great lines such as Jonny Frost’s “I’m a married man, Detective. I already give way too much of my money to a woman who abuses me” and Brandt Stone’s expert legal double talk. It’s great to see these actors work and bringing them together gives a somewhat mundane case much more presence. Also, Liv and Ravi are involved in a sting operation that featured Clive undercover in an ice cream man uniform. This episode really dressed up the case in entertaining ways.

One story I can’t really get into at this point is the opening of the Scratching Post and Don E’s recruitment drive. I’m unsure where this is going and beyond the lunacy of what was on display in this episode it doesn’t seem like there’s much to it. It’s early days and there may be a great plan but I’m not impressed so far.

An excellent episode that deals with Major’s borrowed time wonderfully. His last moments with Liv before taking the cure and beginning to lose his memory are brilliantly handled with superb acting from Robert Buckley and Rose McIver. The handling of Ravi’s friendship with Major is nicely understated as well. Moving the upcoming Human vs. Zombie conflict by showing that there are dangerous people who pretty much know everything. It’s concerning and it appears that Vivian is willing to kill anyone who seems like enough of a threat. I fully expect this to happen behind Liv’s back very soon.

I had a great time with the case of the week because it was so entertaining. Jonny Frost and Brandt Stone sharing screen time was immensely entertaining and Dominatrix Liv managed to not overstep any bounds by largely confining it to her behaviour around others which made for some hilarious scenes. The whole thing resulted in a sting operation where Clive wore an ice cream man uniform so there was a lot of fun to be had. I’m not sure what to make of Don E’s business venture as it doesn’t seem to be going anywhere. There’s still plenty of time and I trust the writers but I’m not impressed so far. 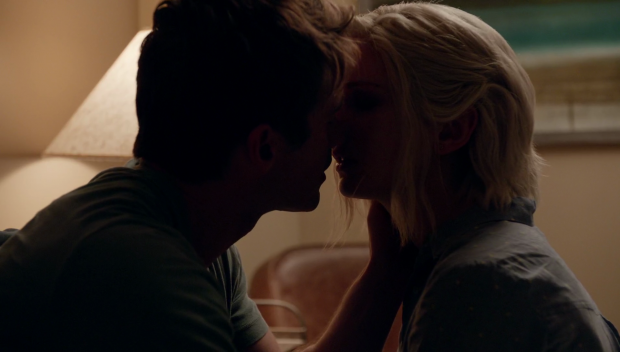 Liv and Major have a final passionate night together