“Ghost in the Fire”

Krypton delivers a proper introduction for Lobo as Lyta struggles to deal with Seg’s absence in really damaging ways.

Lobo’s appearance in the previous episode was brief but memorable. This episode is the first proper showcase for what the character can bring to the table and it certainly doesn’t disappoint. Emmett J. Scanlan’s portrayal is confident, enthusiastic, arrogant and entirely self aware. This is counterbalanced by the fact that he’s clearly formidable enough to cause problems for Seg and Adam. Most of the comedy in the episode comes from Lobo whether it be his obvious yet hilarious mispronouncing of names such as Siegel and Craptown or the flirting/threatening combination that defines most of his interactions with his captives. 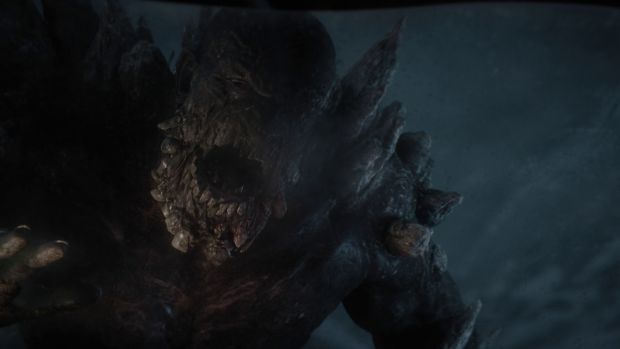 The best thing about Lobo is how unpredictable he is. One minute he might be describing in detail the horrible things he plans to do in order to interrogate his captives and the next he’s making casual non-relevant conversation. A highlight is when he lists all of the nicknames he has accumulated over the years only to be recognised by Adam when identifying himself as Lobo. The growing frustration and disappointment as he realises his reputation doesn’t always precede him is a great touch that adds such depth to the scene. The casual mentions of Lobo’s backstory feel like natural additions to the dialogue that move the story along while also fleshing him out. It’s all really well done and the show definitely benefits from the tonal clash that Lobo brings.

His arrogance is backed up by his obvious strength and skill. Even attacks that should be lethal only slow him down thanks to his healing factor and he shrugs off most conventional attacks which backs up his arrogance since he can be fairly sure that most of his opponents are unable to do any damage to him. This naturally presents an interesting challenge for Seg and Adam who don’t stand a chance against him under normal circumstances. Knowing this ramps up the urgency as it’s clear that Lobo is more than capable of delivering on what he promises. There’s a built in advantage attached to the reveal that Brainiac isn’t actually dead and has transferred himself into Seg. At first this is a good thing because Seg is granted boundless knowledge as well as a handy array of super powers that make him a match for Lobo in hand to hand combat. Of course this is a double edged sword as it’s only a matter of time before Brainiac takes control of Seg and resumes his endless mission to catalogue the universe. The handling of this reveal is really subtle as the first hint that something has changed is Seg precisely detailing how far Krypton is. After that the information is delivered really overtly but the build-up works well enough.

The spectre of Brainiac hanging over the episode is another effective tension builder. There is even a precise time frame given for when Brainiac will fully control Seg which only makes it more alarming as there’s no hope of having a long time before it becomes an immediate problem. There aren’t any specific references made to this but the complete loss of self to an unwilling host and the fact that there’s a build to that inevitable end point is tragically horrifying. Seg seems to take this in his stride and even make the ultimate sacrifice knowing that returning to Krypton means unleashing Brainiac on the population once again. In an equally noble gesture Adam vows to stick by him and not leave until they find a way to rid him of Brainiac. Seg accepts this and makes Adam promise to kill him if that proves impossible because the situation is bigger than him and he understands that ending his life might be the only way to stop him. 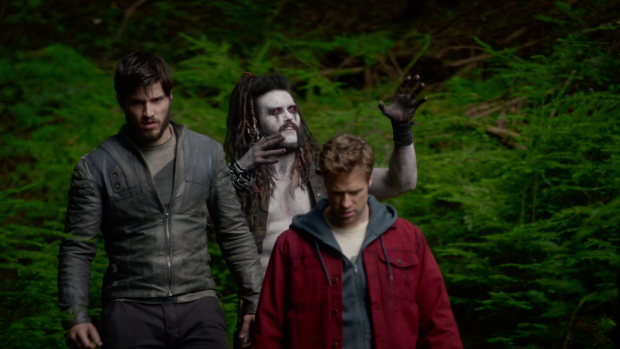 Seg and Adam are less than impressed with Lobo

Adam’s decision to stick by Seg rather than leave him shows how much their dynamic has evolved in such a short period of time. As with the previous episode they still make for an engaging pairing with their individual character traits defining the relationship organically. Seg is more measured where Adam is far more reckless and carefree. Adam is also a lot more terrified which makes Seg the natural lead in these circumstances though this will inevitably change if Brainiac takes hold and Seg becomes a danger to him.

The scenes on Krypton are less engaging than the Seg/Adam/Lobo plot. Part of the problem is that Val doesn’t really come across as a competent leader. He has a lot to say and delivers it with a lot of authority but the plans themselves are ill defined and there’s not a lot of forward momentum other than some declarations of intent. The inclusion of Nyssa with her actual allegiance being a mystery for now adds some intrigue as it’s unknown whether she will continue to support the rebellion or betray them for the benefit of her son. Wallis Day plays this internal conflict really well making it appear as if she has no idea what her next move will be so there is likely a definitive crisis point coming for her where she has to make that choice and stick to it.

Lyta’s scenes are far more interesting even if I don’t fully buy into this massive shift in her personality. What does work is the way she is dealing with the loss of Seg. Their relationship is very well established so it’s entirely believable that losing Seg would have a profound impact on her. Her scenes with the soldier that reminds her of Seg that result in a savage beating when he tries to be tender with her shows the depths of her personal pain and how compromised she is by it. Finding a healthy outlet for her feelings is becoming necessary as it’s affecting her ability to lead in significant ways. 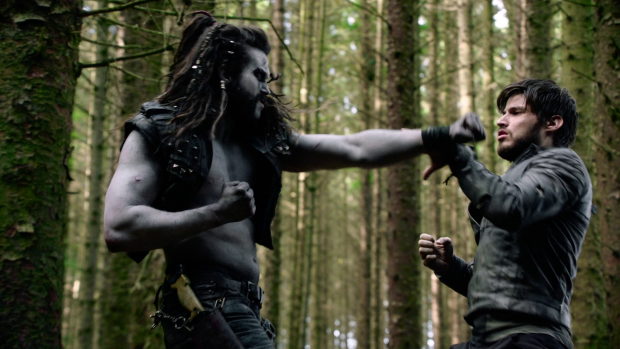 A brainiac upgrade does have its advantages

More interesting is how her relationship with Zod is portrayed. So far this season Zod is very much a background presence as other characters mostly react to him rather than him having a profound effect on the plot. This makes sense as he has effectively already won so this is largely about how he maintains his status quo. Lyta on the other hand wants to take more initiative and stamp out the rebellion before it becomes a larger problem. Knowing that she is his mother and time travel has switched their roles around to him being in charge adds extra texture to the situation while cementing how much authority Zod carries. Lyta’s suggestion is easily shot down by him and she simply accepts it because she recognises his authority. Whether she has comparmentalised that Zod is her son or not remains to be seen but it’s interesting to note the background and see how their relationship is now. Having Zod give her the baby to care for is a really bizarre choice that doesn’t make a lot of sense given that Lyta hasn’t shown any paternal instinct before this point so it’s somewhat insensitive to assume this is what she will need in order to deal with the sense of loss that she feels.

Lyta’s behaviour is backed up by Jayna’s journey through the Outlands. She is haunted by a vision of her brother, Dev (Aaron Pierre) and is forced to acknowledge that there’s a seemingly unbreakable cycle of Zod’s becoming killers as a result of mistakes made during their upbringing. Naturally she sees herself to be part of that problem and feels responsible for the way Lyta has turned out as a result of her parenting style. This goes back through the generations and is identified as something that has to end. The manifestation of Dev helps her realise this and gives her the motivation to fight her way through the Outlands in order to find a way to break the cycle of violence. The fact that she immediately gets into a fight is less than encouraging though that is an example of self defence. I look forward to seeing what happens when she comes face to face with her grandson and whether she will be the one that manages to overthrow him. 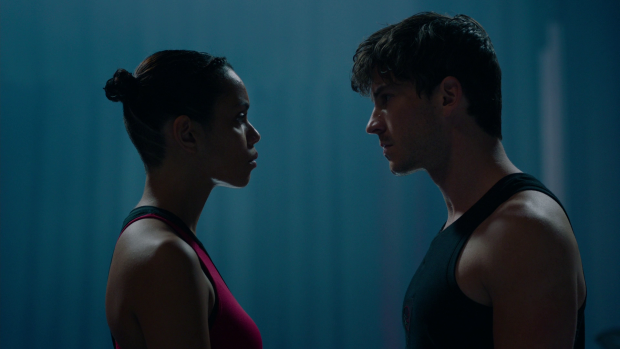 Don’t try to get fresh with Lyta Zod

A strong episode that offers an excellent showcase for Lobo and deals with Lyta’s grief in really interesting ways. Lobo is a breath of fresh air on the show; he is equal parts formidable and just goofy enough to inject the right amount of comedy into the situation. His casual arrogance, clear skill and comedic dialogue make for a great interpretation of the character while being a significant problem for his captors. The Seg and Adam dynamic continues to be strong and the added complication of Brainiac infecting Seg is really strong. It starts off with a subtle reference before becoming more overt and ends with a distinct ticking clock as Seg is able to predict when his sense of self will be completely lost. Seg making the noble sacrifice and electing to stay away from Krypton followed by Adam vowing to stick by him reinforces the strength of their dynamic while also confirming Seg as being in service of the bigger picture.

Things move far more slowly on Krypton. There’s no real sense that Val’s resistance is gaining any traction beyond Val being a voice of authority. No plans are really made and there’s little forward momentum beyond declarations of intent. The question mark over Nyssa’s current allegiance adds intrigue but not enough to carry this plot. Lyta dealing with the loss of Seg by seeing him in soldiers that resemble him before attacking them when they try to tender with her shows how profoundly affected she is. Her relationship with Zod is also very interesting especially when considering that they are mother and son impacted by time travel. Zod clearly holds all of the authority and she recognises that. Having Zod as a background character looking to maintain his current status quo rather than actually doing much is a good choice as it allows the others to work around him. Lyta’s behaviour is reinforced through Jayna recognising that generations of bad parenting have turned Zods into killers. A manifestation of her brother allows her to see this and take steps to fix it. It’s a great setup and I look forward to seeing where it leads.