Loki strands the titular self appointed God of Mischief in a desolate wasteland with only himself for company and no hope of escape.

The post credit sequence at the end of the previous episode ignited all sorts of intrigue with bizarre variants of Loki all looking down at “our” Loki post pruning. To a degree this show is making use of the opportunity it has to play with different versions of the character and have fun with the Variant idea while making it meaningful for the Loki that the show focuses on. 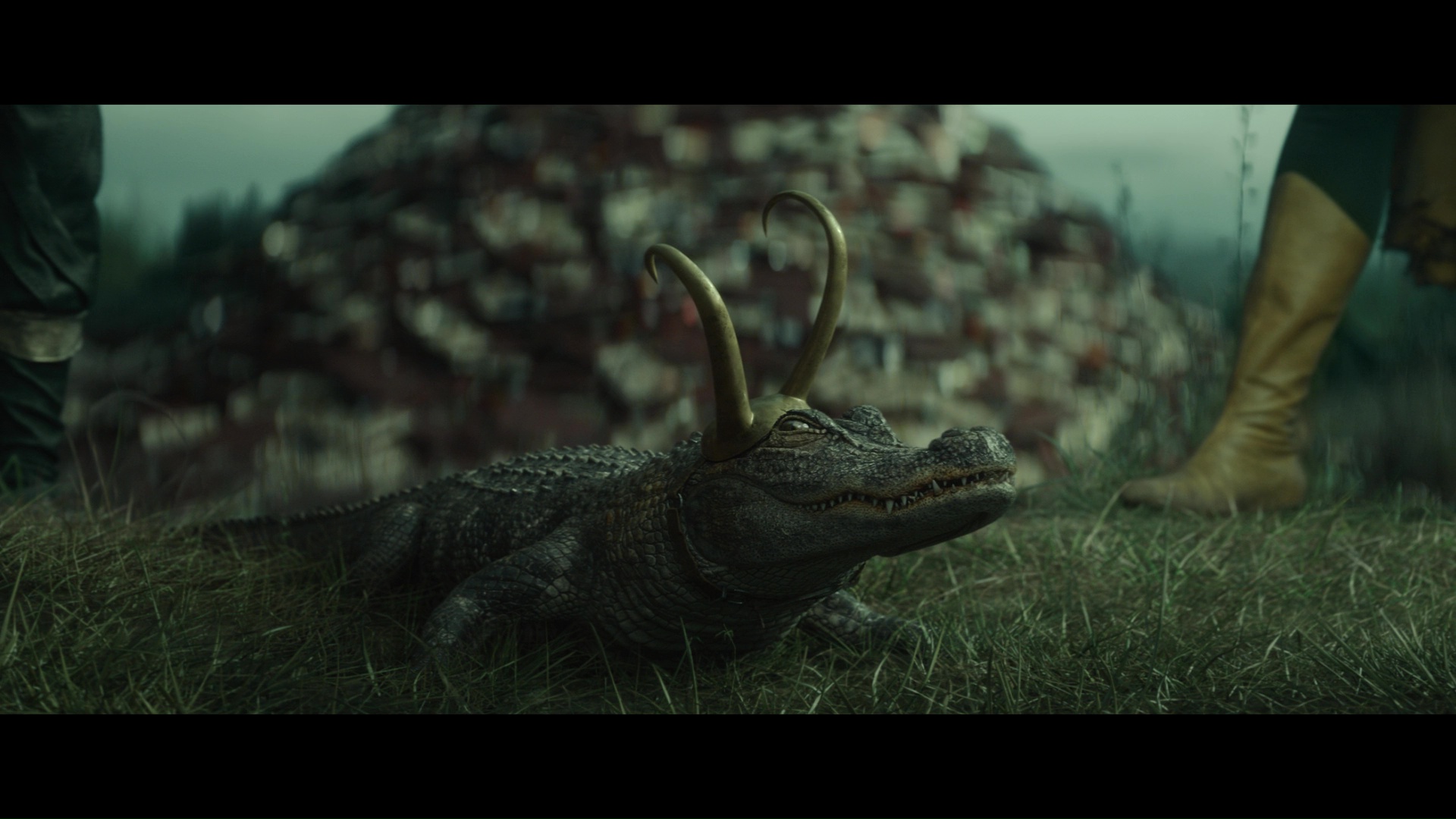 Star of the show

Confronting Loki initially is Boastful Loki (Deobia Oparei), Kid Loki (Jack Veal), Alligator Loki (No actor) and Classic Loki (Richard E. Grant). With the exception of Classic Loki -who I will cover in more detail- they are broadly drawn characters easily identifiable through their distinctive looks and a singular personality trait that defines them. It’s a disappointing yet necessary compromise when there are so many of them though it does relegate most of them to a one shot gag. In cases like Alligator Loki it always works with merely cutting to him being amusing without being overpowering. A lot of that has to do with Loki acknowledging the absurdity of an Alligator variant of himself early on and noting that it isn’t the strangest thing he has encountered. It makes the presence of an Alligator version of Loki acceptable in context which is important.

Boastful Loki claims to have killed Iron Man and Captain America before getting all six Infinity Stones and Kid Loki killed Thor which apparently qualifies him to have the others fall behind him because he’s superior. It sets up the dynamic nicely even if it is quickly bypassed to deal with other content. The same thing applied to Presidential (?) Loki who shows up for a quick joke before they all fight because the collective arrogance means that peace can’t be sustained. It’s amusing and it works for what the episode tries to achieve.

On a deeper level the purpose of having so many Lokis is to illustrate that the prevailing trait across any version is that they survive. Whatever impossible odds face them they always find a way to survive -with exceptions of course- and thrive where others wouldn’t. The presence of so many Lokis in a post apocalyptic wasteland is obvious shorthand of that fact and it’s punctuated by Classic Loki proudly pointing out that to be a Loki is to be a survivor. It feeds into one of the central running ideas of the show around teaching Loki things about himself that he was previously unaware of. Through the different versions of himself he sees overcoming adversity and making the best of what appears to be an impossible situation. At the start of the episode he is defined of the hopelessness of being stuck in this setting but upon realising the Loki trait to overcome adversity he finds renewed zeal to escape the situation. 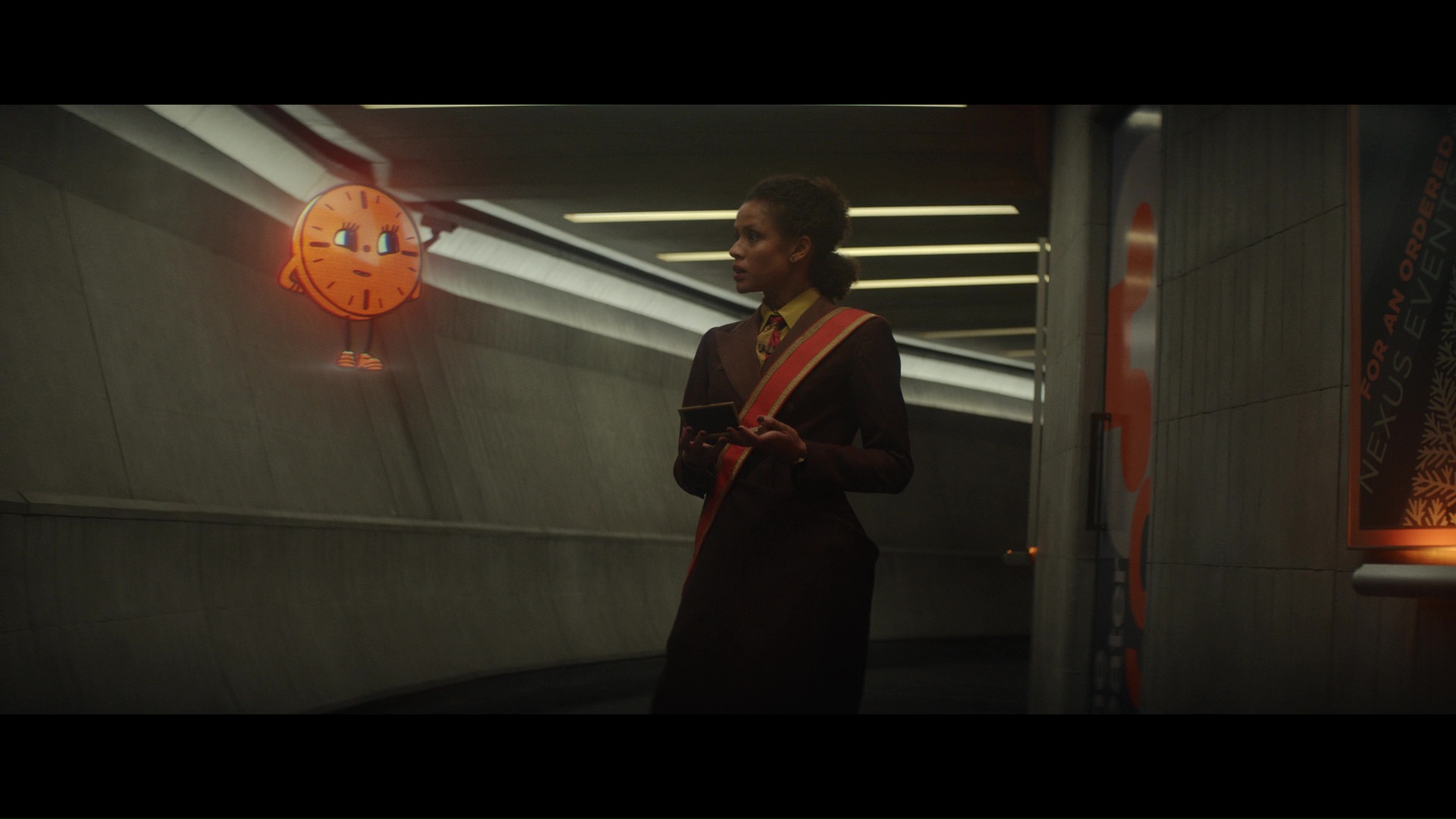 Would you like some assistance bringing down the TVA?

Standing between him and freedom is a cloud creature known as Alioth that scours the wasteland consuming every living thing that is deposited there. It is identified as the guard dog protecting the real power behind the TVA so stopping it is instrumental in learning the truth. Amusingly Loki’s confidence is quickly undermined when he tries to predict its behaviour and identify a weakness before quickly seeing how powerful it actually is. Tom Hiddleston plays the splash of humility when Loki realises that his plan won’t work perfectly. It successfully heightens the tension in a very natural way that maintains the delicate balance between comedy and peril that the episode juggles so well.

Sylvie’s arrival allows for the formulation of a new plan involving her enchantment ability. Alioth is certainly a credible threat as established by the fear in inspires in all of the Lokis along with the fact that they spend most of their time hiding from it. Loki and Sylvie act as a fresh pair of eyes filled with optimism that it can be defeated and Sylvie’s ability is best placed to do that though it remains clear how risky it is and the sequence ending in victory over Alioth is wonderfully staged. The cinematography is excellent, the visuals are incredible, the music compliments the action perfectly and the involved characters are brilliantly used.

Everything that happens is in service of Loki learning more about himself. A really obvious realisation is around how much potential he has with his powers. Classic Loki talks about creating an illusion so convincing that Thanos was fooled and he was able to escape the events of his death unnoticed until he was consumed by loneliness and wanted to leave the planet he was on. This gives Loki an idea of what heights he could reach in terms of his abilities and this is illustrated by Classic Loki conjuring a perfect illusion of Asgard to trick Alioth. It does unfortunately result in his death but it informs an important realisation for Loki and Sylvie with Sylvie knowing that her enchantment ability can work against Alioth and Loki coming to realise that he can also do it. It’s a meaningful sacrifice because it prompts development in both Loki and Sylvie with the end result being very satisfying. 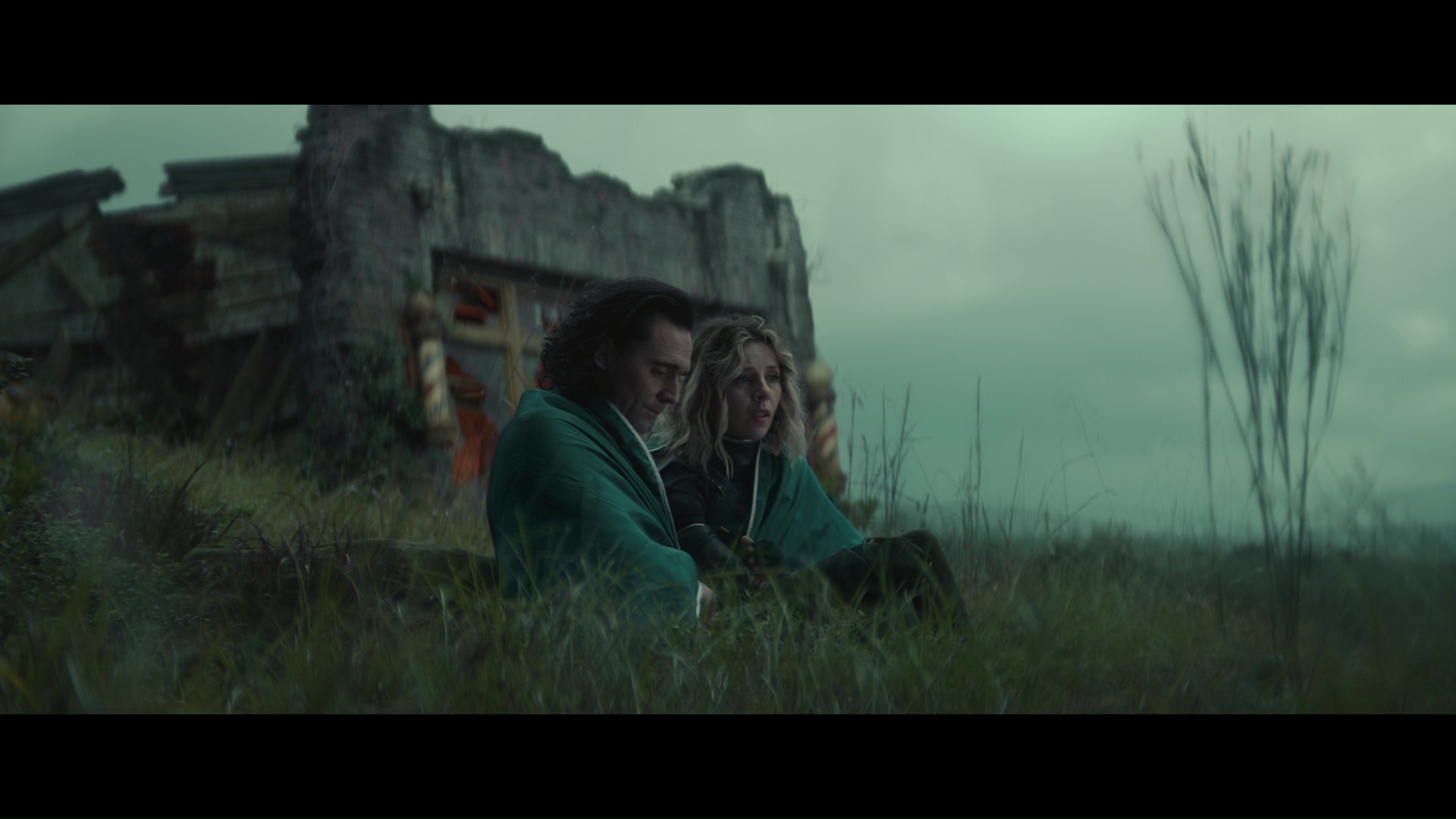 Another important self realisation for Loki is his capacity for selflessness and compassion. When facing Alioth he was willing to sacrifice himself to give Sylvie the time she needed to enchant it which shows how deeply he cares about her. A longer debate can be had over whether it’s acceptable to fall for a variant of yourself but it’s undeniable that their connection is well established and Tom Hiddleston plays that uncharacteristic softness when Loki is around Sylvie to perfection. Their earlier scene sets up that moment of self sacrifice through showcasing their clear bond. Both try to deny any romantic association with the moment they shared but it’s very clear denial on both sides likely because of how strange it is to fall for a variation of yourself. In particular Loki is very tender and supportive in this conversation. This is highlighted visually by him altering the blanket to cover her. It’s an unusually thoughtful gesture from Loki and says a lot more than words ever could.

Sylvie’s concern over whether Loki will betray her inspires a really raw and open declaration from him about his past exploits. He admits that he betrayed everyone who ever loved him but isn’t that person any more and won’t let her down because of that profound change in him. Whether that can continue to be true is unknown given the fluidity of Loki’s loyalties as depicted in his various appearances but the sincerity in the moment is believable and his affection for Sylvie is genuine. Whether romantic or not their connection is strong and Loki both value it.

Another showcase of growth from Loki is his friendship with Mobius in that it actually is a friendship that Loki is willing to admit to. Their dynamic has always been engaging and his return after being pruned is certainly welcomes in this episode. Having them part on an affectionate hug initiated by Loki along with confirmation that he considers him a friend is well earned from all of the development they have received up until now. 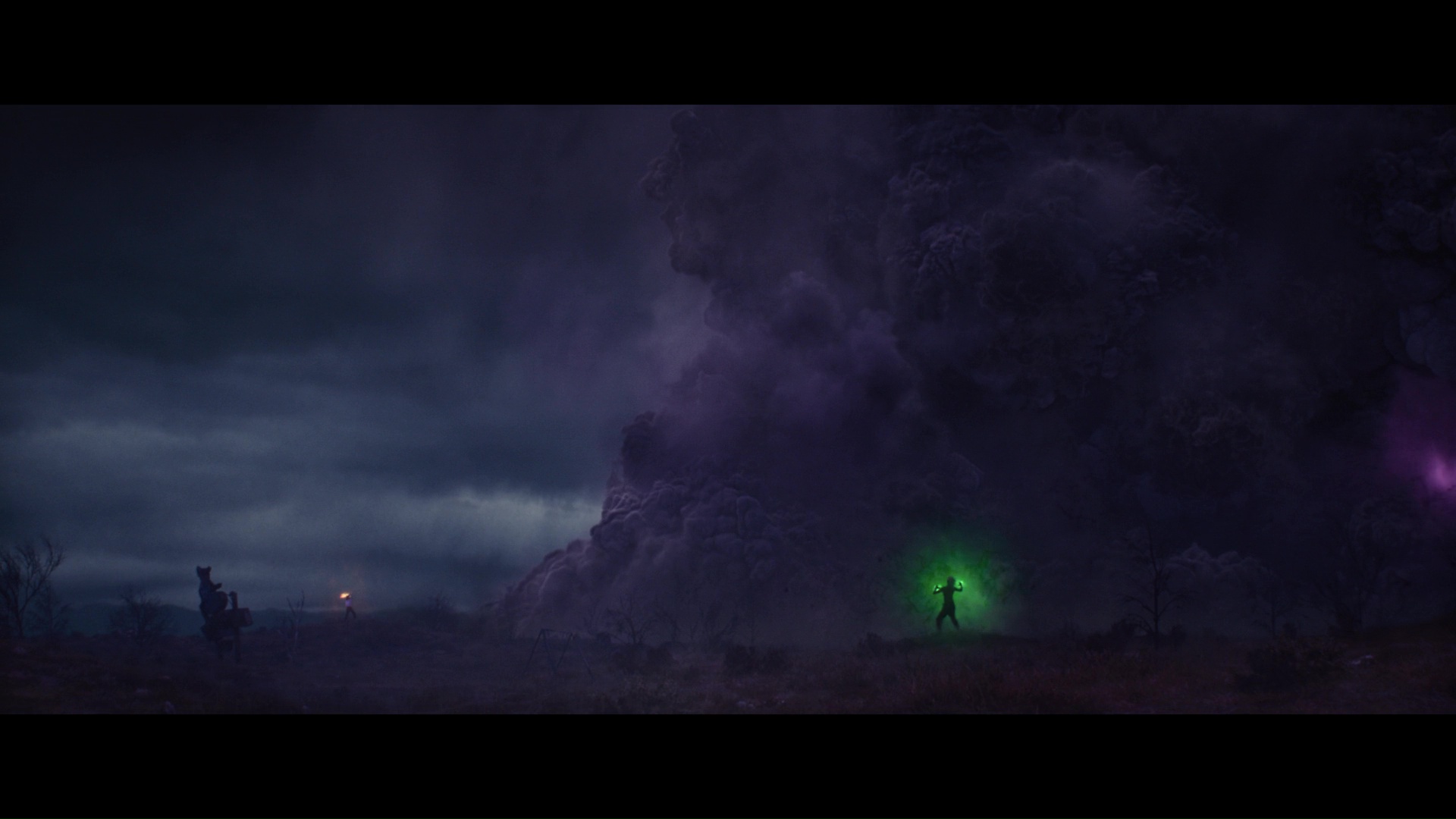 As for general overall plot movement there is very little beyond reminders of what the objective is. Loki and Sylvie are peeking behind the curtain so will soon learn who controls the TVA but it took this entire episode to get to that point meaning that there’s only a single episode left to introduce whoever is behind the TVA and explore that. It’s not impossible particularly if it ends up being a version of Loki but there is trepidation attached to how little time is left to cover this massive element.

Ravonna is a character who deserves a lot more attention that she receives. Her function in this episode is to ask questions with some coverage given to her being resentful of being lied to all this time. She is motivated by learning the truth which makes sense and the way she plays the system in order to facilitate that in her own way is interesting but she is also very passive while being used to impart information. There’s a tragedy to her that the show doesn’t seem to be interested in exploring in any detail as well as a suggestion that she has her own reasons for wanting to find out the truth beyond simply wanting to know what it is. By contrast Mobius wants to ensure the truth comes out and nothing else. With only one episode left it appears likely that Ravonna will be left by the wayside as a function of the plot rather than an active participant in it which does such a potentially fascinating character a disservice. 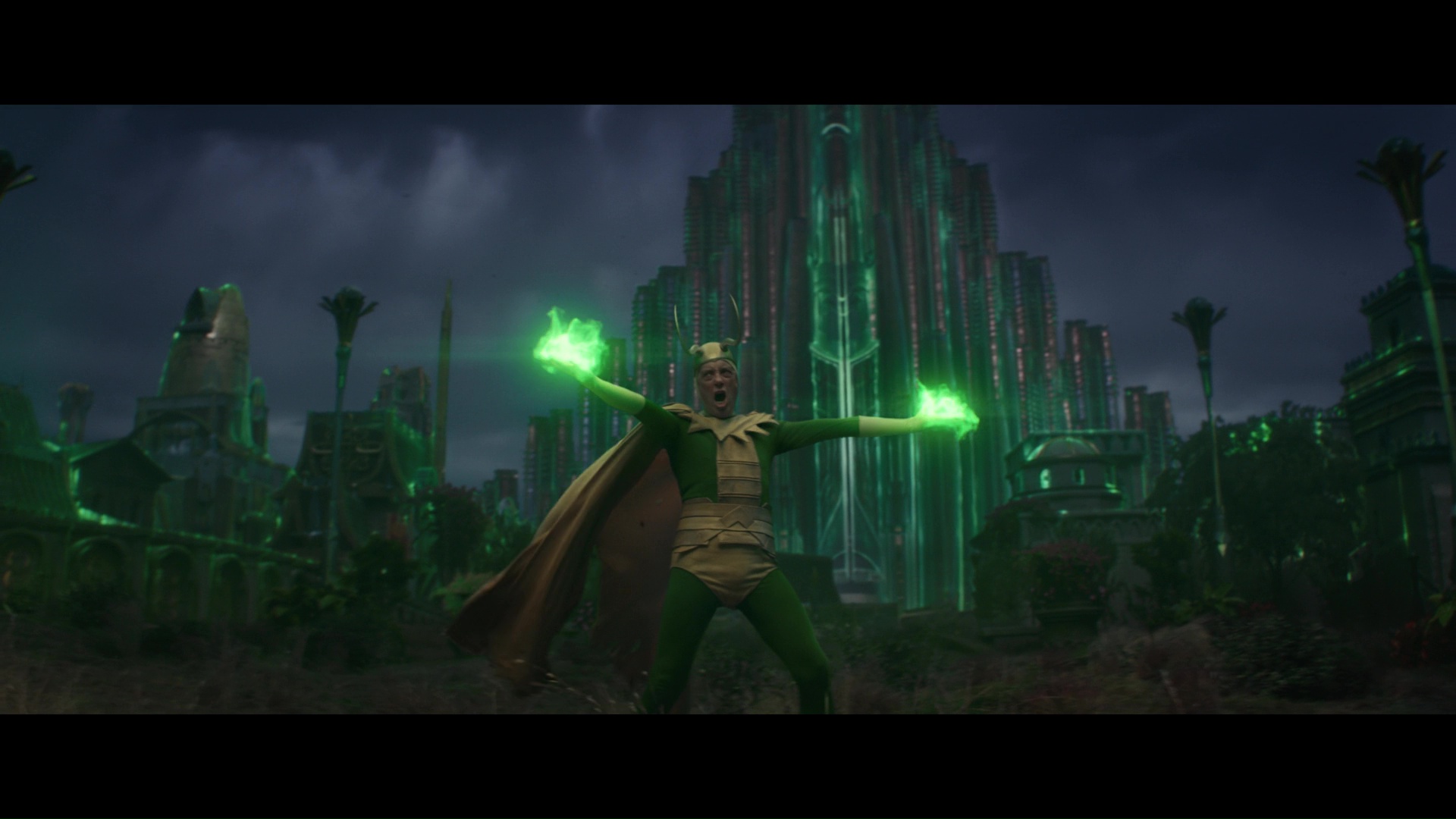 YOU SHALL NOT PASS!

A strong episode that balances tension and humour perfectly, showcases tangible growth for Loki while delivering excellent character moments. The Loki variants are all broadly drawn with a distinctive look and a single identifiable trait that defines them which is a disappointing yet necessary compromise when there are so many of them. Their purpose in the context of the episode is to be an example of the common Loki trait of survival. With some exceptions to be a Loki is to survive overwhelming odds. Their presence helps Loki realise that and inspires him to escape the current situation. Classic Loki also helps him realise the potential of his powers with an impressive visual demonstration when facing Alioth. Through that he and Sylvie learn how powerful they are and are able to succeed. The battle against Alioth is a stunning sequence on every level that makes excellent use of the involved characters. Loki and Sylvie’s connection comes into play in the resolution and follows on from an earlier scene where they have an open conversation about what they mean to one another. Whether Loki’s current affection for her is temporary or not it does come across as genuine and it’s a strong moment between them. His friendship with Mobius is also believable and handled brilliantly when they part.

There is very little in the way of plot movement. The episode ends with Loki and Sylvie on their way to learning who controls the TVA. With only one episode remaining there is a lot to explore. It’s not impossible but it does come with trepidation given the gravity of what they are about to encounter. Ravonna is a character who deserves a lot more attention than she receives. She is motivated by learning the truth which makes sense but it’s implied that there is more to it than she’s letting on. The way she plays the system to facilitate her own agenda is interesting but there is likely insufficient time to properly explore the character. Her role in this episode is often passive with her being used to impart information. It looks likely that she will be left by the wayside which does a fascinating character a disservice.