Lucifer lets Chloe take centre stage as she reopens old wounds by looking into the truth behind her father’s murder after thinking it had been solved years ago.

I have repeatedly mentioned that Chloe doesn’t get enough to do on this show so I was glad to see an episode that is actually about her and explores the character on a very fundamental level. It has been a long time coming and it’s something that is used to great effect. 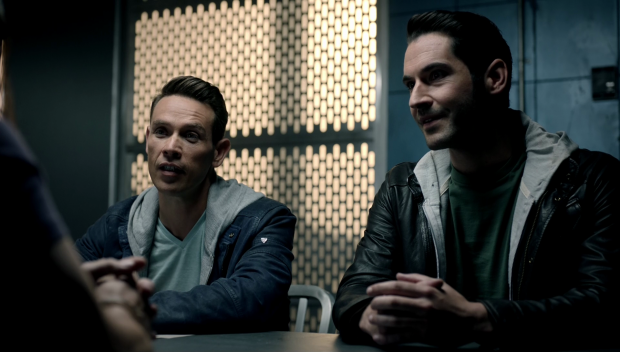 Chloe is a very damaged person and that has only gotten worse with her divorce making her life feel more unstable than it was before. One thing that has always defined her is her relationship with her deceased father who inspired her to be a cop and brought her up to be an all around good person.

Her morality has been well established through her investigation of corruption in the police force last season and the things she says that suggest she only wants to see justice done. This episode digs deeper into this and shows her father to be a very positive influence in her life. She became a cop to honour him and tries to live up to his posthumous example every day.

The case of the week was a really personal one as she discovers that the man she thought to be her father’s murderer actually wasn’t so it brings back a lot of memories and forces her to revisit some things that she thought were behind her. It says a lot about Chloe that she throws herself so completely into the case. She immediately accepts that things aren’t the way she thought they were and tries to find out the truth. Chloe completely skips the denial stage which shows how strong and analytical she is. It might be a device to move the plot along but it also qualifies as compelling character development.

This case has something that almost all others haven’t. It is closely connected to a main character and offers insight into who they are. Chloe simply wants to get to the bottom of this so that she can put the past behind her and move on with her life. As such she methodically sorts through the evidence and tries to find out exactly what happened. It’s necessary for her to move on with her life and take back some stability for herself. Her upstanding morality comes through constantly and pays off when she refuses to punish the real guilty party in her own way because it’s more important for her to honour her father by making sure she does the right thing than it is to get revenge. It’s really powerful stuff and gives Chloe so many more layers that will hopefully continue to be explored in later episodes. 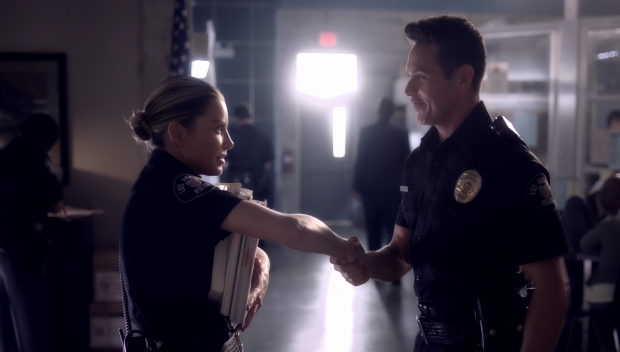 Chloe remembers her first day on the job

Lauren German is great in this episode and has so much more to work with than usual. We see Chloe being vulnerable as well as faking strength, she is shown to be distracted at different points and her sense of focus never wavers. The best scene in the episode was when she was telling Trixie about her father. In that scene, Lauren German showed a more relaxed and contemplative side to Chloe that we have never seen before.

There are a number of flashbacks to the past showing Chloe’s Dad as well as her first days on the force but I didn’t think they were necessary in any way as all they did was deliver information we already knew. It was good to see Chloe’s Dad but beyond that the scene added nothing and the memory of him was more important as it lets us identify with Chloe on a much deeper level.

Lucifer takes a bit of a back seat in this episode when he is relegated to the B-Plot. His self loathing still continues from last week and has developed to the point where he wants to find a new identity for himself because his current one brings him misery. The idea he has is to shadow Dan and emulate his behaviour to give him a renewed perspective.

This is a really funny subplot as Lucifer fully commits to shadowing Dan by dressing like him, speaking in an American accent and trying to emulate his mannerisms. Tom Ellis plays this perfectly and never misses a beat when it comes to his comic timing. Kevin Alejandro is excellent her as well and shows sides to Dan that we have never seen before. For one thing we get some insight into how he sees Lucifer through his improv impression of him. It’s a scarily accurate caricature that definitely hits a nerve for Lucifer who sees more of himself in there than he’d like to admit but it also shows that Dan has a really limited view of him as he only sees the hedonistic, smooth talking rich guy and not the vulnerability underneath that Chloe gets to see. 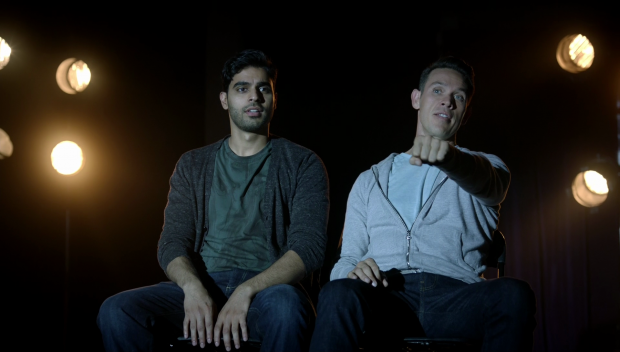 Having Dan and Lucifer team up in this way works really well and shows that the Dan character has lots of potential beyond his desire to atone for his crimes in the last season. Turning to improv is an important character trait as it is his way of dealing with the problems in his career as well as his divorce. He’s a much more interesting character than we often see and I really want to see more of this.

This also allows Lucifer to see Dan in a different light. Up until this point her has actively insulted him by calling him “Detective Douche” along with other less than flattering names but this partnership forces him to get to know the man and develop a deeper appreciation for him. It’s humbling for Lucifer to see that he was wrong about someone and ultimately helps his own healing.

Linda is having trouble dealing with what she discovered last week and locks herself in her office trying to make sense of it. She doesn’t quite get the chance to fully process what she has learned in this episode though the ending hints that she might be on her way to doing that. I’m not sure what that will look like in the coming episodes but it’s fascinating so far to see how that is playing out.

Her reaction is what sends Lucifer spiralling into his desire to forget about being himself for a while but it also has a profound effect on Maze who really needs to talk to her best friend at this point. She blames Lucifer for ruining that like he seems to ruin everything else for her. She has had no input in the nature of her friendship with Linda changing through her finding out the truth about Maze’s Demonic origins. 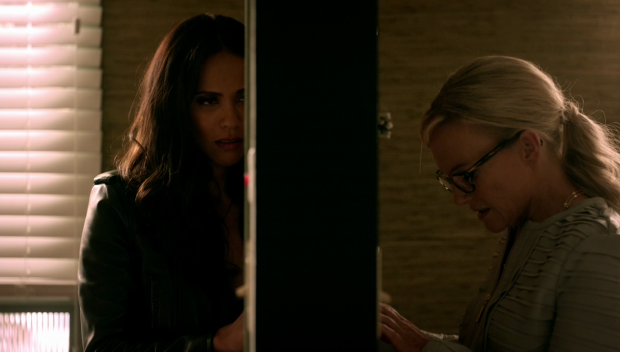 Linda shuts everyone out

Maze is having trouble finding out where she fits in this world and tries to solve that by looking for employment. Nothing seems to stick until she goes after the killer of Chloe’s Dad and finds that harming the guilty is something she can really apply herself to. It’s a short arc but it’s good enough and it really works when Maze looks for guidance from Linda. It’s a really compelling friendship and both actresses play it well. I find that Maze gets more interesting as time goes on and the way she fits into the show through interacting with others is a big part of why that is.

An excellent episode that finally gives Chloe something meaningful to do while actually giving us a compelling case of the week. The development of Chloe is excellently handled as we see so many different facets to her personality as well as some insight into what really motivates her. Lucifer also manages to be humbled by learning more about Dan and realising how wrong he was about him. Linda’s reaction to the truth about Lucifer is really well handled so far and the knock on effect it has on her friendship with Maze blends with it nicely.