Lucifer returns from hiatus to address the age old question of whether the Prince of Darkness could ever be considered boyfriend material.

I’ve been informed after the fact that this is the first of a trilogy of episodes but this wasn’t actually obvious from watching it. I don’t mean that as a criticism at all though since the first in a trilogy of episodes often falls into the trap of being mostly concerned with setting up the rest of the story and very little else. This episode manages to be its own story that has an ending, explore the characters and offer a light hearted return from a break. It’s impressive how it manages to do all of that without feeling strained. 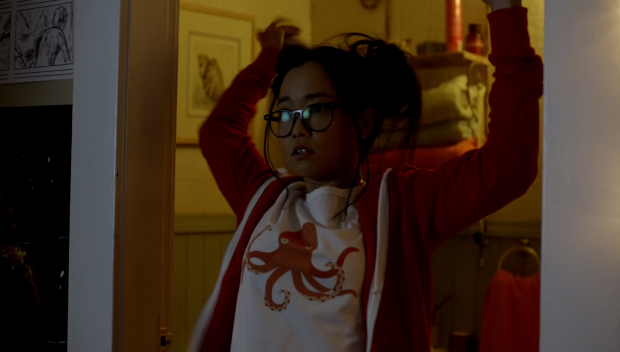 As Lucifer is all too fond of saying throughout this episode, he and Chloe have “a moment”. Their dinner date that we saw in the previous episode almost ended with them kissing but it doesn’t happen because one of Lucifer’s frequent…companions interrupts and the moment is gone after that. The bulk of the episode is Lucifer trying to prove himself worthy of Chloe but it’s an uphill struggle.

When Jana (Jennifer Cheon), the stewardess that gives the episode its title is murdered, the investigation proceeds on the assumption that a jilted former lover of Lucifer’s is out to frame him of murder. I like that the episode skipped the accusation that Lucifer might be the killer and mostly dealt with trying to find out the truth. Chloe knows he didn’t do it and there’s no real evidence to support his guilt so the fact that it isn’t an issue allows for more interesting things to be developed.

I mentioned that the episode is light hearted which is definitely a good thing in this case. Even though we’re dealing with murder the whole thing is played for laughs which was definitely the right choice as it allows Lucifer’s past to be scrutinised in an angst free way. We all know that Lucifer has been very prolific when it comes to his sexual conquests but seeing the sheer volume of men and women he has slept with filling the police station shows that in a way the show hasn’t before and is hilarious to boot. The interview montage is brilliantly done and the added touch of the footnotes added to each anecdote as Lucifer proudly boasts to Dan about his skills adds an extra layer to him. Kevin Alejandro has excellent comic timing and conveys so much with a look. As I said, it keeps things light and is a lot of fun.

Meaning isn’t sacrificed for fun and I found this really impressive. Every one of the conquests interviewed said that the encounter meant nothing and the more Lucifer hears it the more it stings. He is starting to realise that his behaviour has the consequence of never making a meaningful connection to anyone so everyone he sleeps with sees it as a disposable encounter that was fun at the time but doesn’t impact their lives too much. Lucifer’s ego takes a real beating with this realisation as he assumed that he meant more to the people he was sleeping with. It’s also mentioned that he has never forgotten anyone so it seems that the same respect he gives others isn’t returned. I can see how that would hurt but it’s also a consequence that isn’t unexpected. 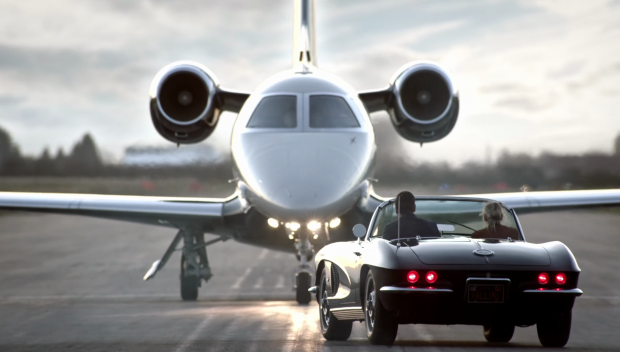 That’s one way to stop someone leaving town

Instead of retreating into himself Lucifer sees this as an opportunity for personal growth but he takes this for selfish reasons. He has his eye on Chloe and wants to prove to her that he can be worthy of her in terms of a relationship. Parading everyone he’s slept with in the past 8 weeks in front of her isn’t the best way to do that but his biggest challenge is proving to her that he is capable of change. The episode is about him learning that there is more to life than pleasure and he is starting to see that the people he sleeps with are people who have so much more to them than what he experiences with them.

Chloe doesn’t feel like he is capable of change and the current case gives her a level of insight into who Lucifer is that she hasn’t had before. Her remark about the pool party being more his idea of fun than hers and how different they are as people is really telling about how ill suited they seem to one another. Lucifer is really carefree where Chloe is hyper serious and that’s a connection that seems bizarre in terms of a relationship. They work well as partners solving crimes and as friends but any more than that seems impossible to her because she can’t see herself fitting into his world or vice versa. Lucifer does eventually conclude that he isn’t worthy of Chloe and tells her how he arrived at that conclusion which takes the form of listing everything he admires about her.

Hearing all of this causes her to come around to the idea when they share a kiss at the end of the episode -assuming Lucifer isn’t dreaming- which feels a bit too soon for me. I’m not against the idea of Chloe seeing Lucifer as someone she could be with but based on what she learned in this episode she could have taken more time to consider the idea before feeling comfortable with it. She already knows that he thinks a great deal of her because one thing he never does is lies so it felt a little forced and rushed despite how well Tom Ellis plays the sincerity in the scene itself.

The other characters are all well served by the episode as well. Maze’s continued struggle to see her own self worth is treated with a light touch but is no less significant. She got a taste of doing what she believes is the right thing when she helped Dan turn Chloe’s Dad’s killer into the Russian mob and it has given her a real confidence boost. She hears from Linda that she’s “awesome” and seems really excited about that so wants to do more to help people. She discovers in her own way that self worth comes from within and looks to convince everyone of how great she is. It’s so Maze and great to see. 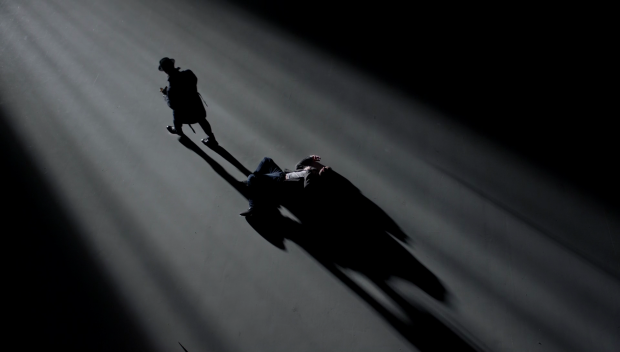 Her interactions with Dan are a lot of fun as well. It’s a nice touch that she wants to celebrate the illegal thing they participated in so that true justice -at least according to them- could be done. Dan doesn’t want to fall into old habits and certainly doesn’t want to celebrate what he’s done so it creates a fun dynamic between them. Maze outing his affair with “Charlotte” to Chloe is very blunt and in character for her and gets that secret out in the open to everyone now. I’m not sure what direction Dan’s actions will go in general but for now the character is being used well.

Amenadiel and “Charlotte” have a different approach to dealing with Lucifer. After the revelation that Chloe is important to both Lucifer and God their tactics have changed to unconditionally supporting Lucifer. “Charlotte” gives her approval for Chloe which removes an obstacle for their relationship. Of course she is completely manipulating him and describes her plan as getting back to Heaven on their own terms so it seems like this will get more twisted before it’s over.

We also get a great surprise in the form of new character Suki (Diana Bang), a Lucifer superfan who has a really unhealthy obsession with him. It’s an interesting spin on his innate ability to bring out the deepest desires in people and not something we’ve seen before. She has never been able to get over her obsession because Lucifer has never noticed her before and there’s something really sad about that. Diana Bang plays Suki brilliantly and I really hope she’s not just a one shot character because she was an awful lot of fun. It’s possible that her contribution could spiral out of control but enough was done here to prevent that from happening.

The episode isn’t a flawless experience but what is? I found the case of the week to be really strong as the bulk of it focused on Lucifer and informed his relationship with Chloe in a really interesting way. Keeping the cases connected to the characters is key to making it worth investing in. This case had a really weak resolution because it had nothing to do with Lucifer. He does get to avenge Jana and articulate that she deserved better but beyond that the murders weren’t connected to him at all. It was a missed opportunity and was really underwhelming to see things play out this way. I am interested in the drug smuggling man in the hat and his mysteriously lethal compound though. 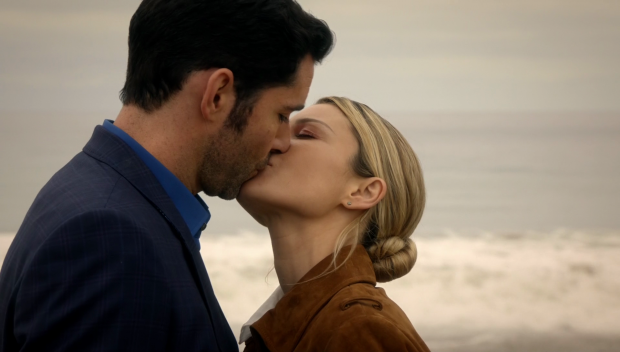 An excellent return that keeps things light while exploring the character dynamics in really fun ways. Taking an episode to question whether Lucifer and Chloe would work as a couple and doing so through a murder mystery is a good way to do it and the way it progresses is really amusing. The end result of the case itself was underwhelming but anchoring it to the characters is a great choice. I really liked how Lucifer and Chloe’s relationship was explored but her realisation that he might be boyfriend material comes a little too abruptly.

The other characters were used really well with a fun dynamic starting to form between Dan and Maze along with Maze’s realisation of her own self worth. “Charlotte” and Amenadiel’s changed approach to manipulating Lucifer is proving interesting so far as well and I’m fascinated to see how the acceptance of Chloe plan will play out. Lucifer continues to really impress this season so long may it continue.