“All the Madame’s Men”

Marvel’ Agents of S.H.I.E.L.D. continues to build towards the season endgame as Madame Hydra accelerates her plan.

Up until this episode it was unclear what Aida aka Ophelia aka Madame Hydra’s -I’m going to go with Aida from now on- plan was but we can wonder no longer. She wants to create a human body for herself so that she can manifest in the real world as a human being and overcome her programming. It’s an ambitious plan and definitely seems just crazy enough to work. 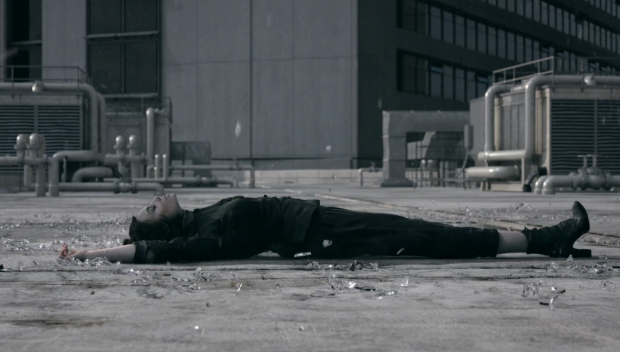 It might seem insane to want a villain to succeed but I really want to see what it looks like when Aida creates a human body for herself and has to deal with it. Obviously she’s a villain as far as the current arc goes but she is also a wonderfully complex character who definitely doesn’t believe that she is doing anything wrong. The people and the framework are all a means to an end as far as she’s concerned and every action she takes is in service of the greater good. The best villains are those who fully believe that their way is the right way and that’s what we have with Aida here.

I found it interesting how this episode focused on the character reverting to their true nature. Aida calls it out when describing May as the warrior, Mack as the protector and Fitz as a romantic. She says the last one with a wry smile as she knows that Fitz’ romantic nature is benefiting her. In this reality Fitz is devoted to Aida and it’s something that she can use to her advantage. Those feelings may be artificially created but so is the world and so is she which begs the question of what the difference is. Everything we see when Fitz interacts with her seems genuine because he genuinely believes that he’s in love with her and that really comes through in his obvious concern for her well-being.

We get more insight into Fitz’ relationship with his father. Radcliffe points out that he was “a pathetic drunk” which strongly implies that Fitz was the one to sever that relationship since it did him more harm than good. It may be a regret for him but it’s possible that this experience will teach him that there was actually nothing to regret.

Fitz being in charge of H.Y.D.R.A. while Aida is out of commission is an interesting development as it lets us see more of this version of Fitz. He’s cold, uncompromising and more than a little ruthless. A personal highlight was when he threatened his father by turning his own advice around. In order to appear strong Fitz has to be unforgiving of any failure which includes his father. It’s clear that his father is used to having a measure of control over him but it looks like he may have taught Fitz a little too well. 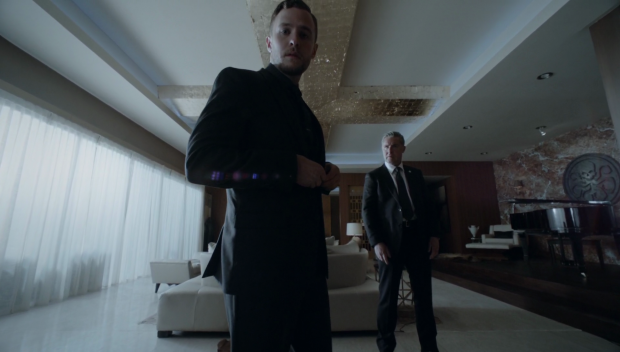 May reverting to her true nature means that she completely switches sides to help Daisy escape H.Y.D.R.A. and reunite with S.H.I.E.L.D. It’s great to see Daisy and May work together again as their interactions were always very strong. There’s a slight shift in this one because May isn’t quite herself but the core relationship is still there showing how easy it is for the characters to default to what they’re comfortable with.

We also start to get a sense of how the characters will be affected once they leave the framework. With May’s standard nature reasserting itself she feels a lot of guilt for her role in the death of Mace. It’s an event that resonates throughout the framework and it’s more than partly her fault since she ordered the air strike. Thankfully the show doesn’t waste time on throwing blame around as Daisy immediately acknowledges that it wasn’t really her that ordered the air strike while Coulson simply feels that he can trust her. It cuts out any unnecessary drama and lets us focus on what’s really important.

Daisy having her powers back is used to great effect. Her quick decision to knock Aida out of the window was a genuine shock and the impact with the ground definitely looked painful. It’s clearly a setback for Aida but not a significant one since she can’t really be killed in the traditional sense.

The weakest part of the episode was the return to the real world. We learn that rebuilding Ivanov means that he can’t harm humans no matter how much he wants to. It makes sense that he would be used to defend the physical bodies of those plugged into the Framework and oversee the construction of the real world component of her plan but none of these scenes were especially interesting. Ivanov has never been that compelling a character which is definitely part of the problem. 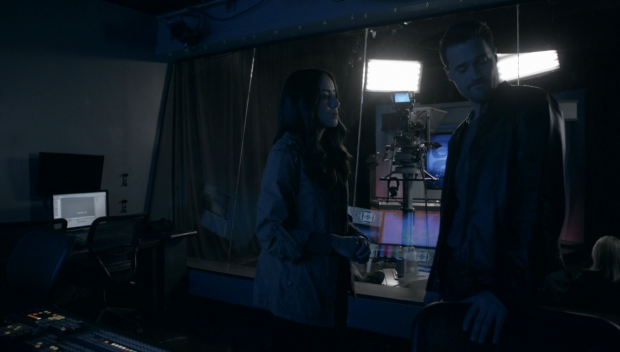 Can we keep him?

A great thing about this arc is that it allows the show to revisit characters that have been gone for a while and use them differently. Bakshi makes his return here as a H.Y.D.R.A. propagandist promoting their message across the mainstream media. He’s definitely well regarded and Simon Kassianides plays this perfectly. His role is a small one but very significant and I enjoyed seeing him back. Part of me still hopes that the Framework will allow Bobbi and Hunter to return though that might not be the best idea considering that their final moments made for the most emotionally resonant scene that this show has ever had.

Bakshi’s small role was significant as it’s decided that the best way to combat H.Y.D.R.A. is to turn their own tactics against them. Since they spread lies S.H.I.E.L.D. will spread the truth and win the people over that way. It is brought up that this world isn’t real which means that overthrowing H.Y.D.R.A. will make no material difference to anything but Coulson is able to find the middle ground by suggesting that solving the H.Y.D.R.A. problem also aids in the mission to leave the framework. Real or not they still have to get past H.Y.D.R.A. and in order to do that they will have to help the lines of code that call this world home. It’s a logical way of looking at it and shows Coulson’s nature reasserting itself. His natural leadership skills come back easily to him as does his sense of decency. His speech at the end of the episode about taking a stand against H.Y.D.R.A. and proudly announcing that he believes in S.H.I.E.L.D. was really satisfying and delivered with heartfelt sincerity by Clark Gregg.

Having Ward back has been excellent and the strongest case for “nurture” being more important than “nature”. In this version of reality Ward was found by Victoria Hand instead of Garrett and she taught him how to be a good man. The result is the honourable man that has been starring in the recent episodes. The scene he shares with Daisy where he accepts that he won’t be going with them to the real world and offers to defend the TV studio to his last breath to let the message broadcast for the longest possible time was excellent. Ward’s decency comes across and Daisy shows him respect which is great to see. Ward’s desire to have his Skye back is clearly genuine and he is willing to accept the fact that she is H.Y.D.R.A. It’s actually a dynamic I would like to see but probably won’t and I would also love for this version of Ward to make it into the real world as these episodes have done a great job of redeeming him. Brett Dalton continues to show his versatility by giving us a very different Ward to what we have seen before.

Another excellent episode that develops the story in really fascinating ways. This episode is all about the true natures of the characters starting to reassert themselves. May regrets her decision to order the air strike that resulted in May’s death so easily falls back into her old habits of working with Daisy and the others while Coulson becomes the natural and decent leader who fully commits to the ideals that S.H.I.E.L.D. stands for. Fitz’ romantic nature still puts him in the service of H.Y.D.R.A. as he is devoted to Aida rather than Simmons. The scenes he shares with his father which suggests that the influence has worked a little too well are great and the affirmation that his father was “a pathetic drunk” by Radcliffe suggests that Fitz needs to learn that turning his back on his father isn’t a regret.

The fact that none of this is real is brought up again but turned on its head when Coulson points out that H.Y.D.R.A. are still an obstacle whether they are real or not so they do need to be dealt with. The decision to use their own tactics against them worked really well and allowed for a genuine performance from Clark Gregg when giving his speech. The scene between Daisy and Ward where Ward realises that he can’t go with them to the real world but is willing to do everything he can to ensure their success is great with a superb performance from Brett Dalton that makes me want to see more of him. The weakest part of the episode was showing Ivanov in the real world as the character isn’t all that interesting so all the scenes do is further the plot without much more going on. 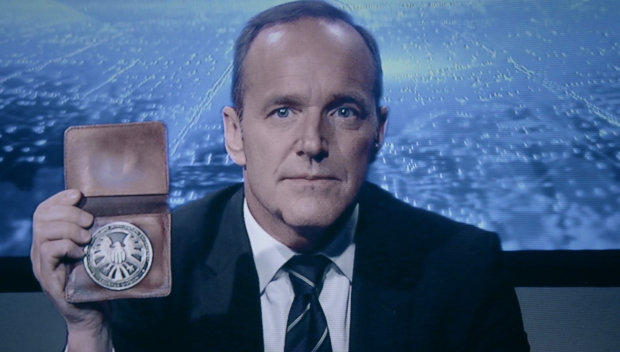