Deke has been conspicuously absent up until now -despite Jeff Ward receiving a credit in the other three episodes- which left the question open as to what became of him after he left to explore the planet at the end of the previous season. His absence before now may have been meant to make the audience question whether he had been erased as a result of the change in the timeline though he is reintroduced with no fanfare so it’s more likely that there just wasn’t room for him in the prior episodes. 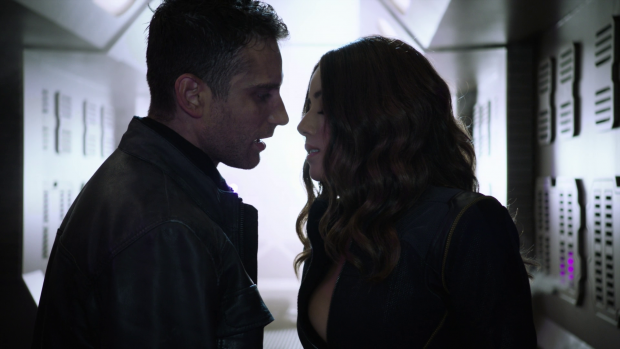 Since leaving at the end of last season Deke has basically achieved the American Dream; where someone can come into the country with nothing and build themselves up to massive success. He runs a successful technology company with a full staff and has a social media influencer girlfriend so he’s doing pretty well for himself. His knowledge of the future allows him to innovate easily as he simply invents things that exist in his future but don’t exist in the present day. Is it cheating? Maybe but he can’t exactly be blamed for using what he knows to his advantage. Some tech that we’re familiar with is name checked such as the synthetic hand that projects an energy shield, the gravity belt and plans to disrupt “actual food” using what I assume is some version of what he was eating in the future. It all establishes that the company is thriving because of what it has to offer.

Deke has also learned how to stand out in the modern world through the use of social media. This gives the writers an excuse to make satirical commentary on our social media driven culture through doing thinks like using hashtags as part of sentences while filling them with trendy impressive sounding buzzwords that are largely meaningless. It’s fun enough and Jeff Ward delivers the material with enough sincerity to contrast how ridiculous it is from an external viewpoint but the writers don’t actually have anything meaningful to say about the current state of our world as a result of the culture. It’s one thing to be aware of what is current but it’s quite enough to meaningfully comment on it and this episode never gets to that point so it comes across as a misguided attempt to latch onto current trends. It’s shallow and ultimately pointless because the episode does nothing with it other than reference it and poke fun at it on a very superficial level.

This superficial commentary makes it difficult to figure out what stance this show is taking on what it’s referencing. On one hand Mack is dismissive which amuses because he embodies the persona of an older man who doesn’t understand the young and their jargon. I personally side with this viewpoint as social media influencing, finding the right hashtags and general digital promotion eludes me so I’m naturally going to relate more to those who are baffled by this. Henry Simmons performs this frustration wonderfully and there’s a particular moment where he gains an insight into how Deke sees Daisy that is endlessly hilarious. 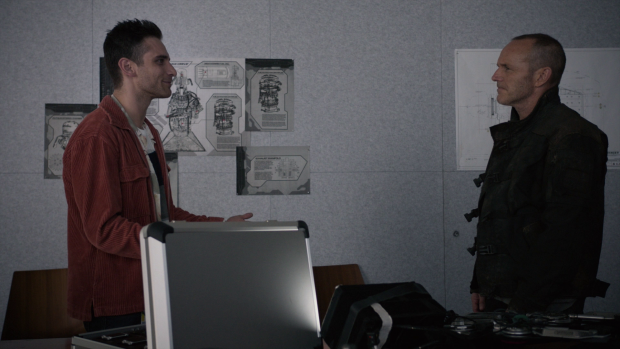 Sarge does his best Coulson

The alternative stance is largely embodied though Sequoia (Maurissa Tancharoen) who lives her life with her face buried in her phone and has to document everything on social media to assign relevance to that. Right away this is easy to relate to because it’s very common for people to do that in our world and the episode doesn’t suggest that it’s a less than valid life choice. It come close when she’s still posting and taking videos when running for her life but beyond that it’s something that gives her a great deal of comfort. The sting at the end of the episode showing some of the videos that she took is a lot of fun and clearly shows someone enjoying what they do. The writer’s didn’t necessarily have to pick a side as such but something deeper than the surface level exploration is certainly warranted given the level of focus.

Deke’s business largely serves as the backdrop for the situation of the episode which involves Team Sarge going after Deke at his place of business. They do this because he shows up on a scanner as some sort of anomaly which leads them to believe that he shouldn’t be on Earth. Sarge is the one to personally investigate this in a scene that makes great use of the fact that Deke has been absent from the fold for a while. Last he heard Coulson was dying so he immediately assumes that this was a problem that was solved and regards Sarge with familiarity. Sarge does what he can to convince Deke that he’s Coulson and tries to use context clues to deliver the right answers to the questions. The early minor slip ups such as assuming Fitz and Simmons are old because he refers to them as grandparents are nice subtle touches and Clark Gregg plays the general unease associated with trying to guess vaguely correct answers to questions about people he doesn’t know brilliantly.

It’s not a long conversation and Deke eventually figures out that he’s not speaking to the real Coulson which begins the manhunt portion of the episode. It’s well executed and acts as another example of how well coordinated Sarge’s men are. Their lack of familiarity with the location is their biggest drawback but their methodical approach helps them get around that to a large degree and allows for an impressively put together game of cat and mouse. 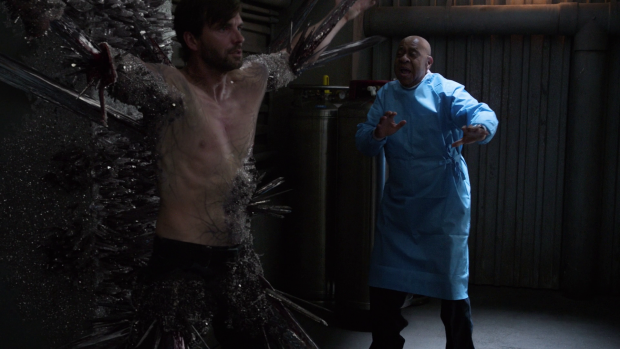 Sarge and his team’s motivations are still largely mysterious but certain assumptions can be made through analysing their behaviour and dialogue in this episode. It is confirmed that the sky beam in the previous episode was a scan of the planet of some sort and they immediately track down a man inhabited by some sort of parasitic alien bird. The suggestion is that Sarge and his team have come to Earth to stop the destruction witnessed in the unearthed video rather than cause it which paints them as extremists more interested in accomplishing their mission than worrying about collateral damage. The idea that Team Sarge and S.H.I.E.L.D. share a common enemy and will ultimately have the same objective is really interesting to me as the conflict between them will likely focus on the differences in their morality. There is probably more to this than we currently now so hopefully the prisoners on both sides will be where a lot more is learned about the current threat. In particular it will be interesting to see May having to deal with being face to face with Sarge for an extended period of time.

The alien bird parasites are enough of a physical threat to capture interest for the moment. More will need to be done to establish what is behind them and what the purpose of the attack is but the body horror they leave in their wake is really grotesque and establishes how dangerous lots of them could be. Given that Benson is responsible for delivering the exposition around what these things are and how they work I’m concerned that this character will take on the role of an information delivery system and little else though there’s still plenty of time to remedy this.

In order to raise the stakes the parasitic alien bird claims the life of Keller in a visually shocking way. In theory this has some impact because it kills one of the team but in actuality it doesn’t land because the character has only recently been introduced and is largely defined by a secret relationship with Elena. The audience is encouraged to see it from Elena’s perspective and that works well enough but there just isn’t enough reason to invest in him or this relationship. In an effort to make this resonate more the episode spends some time on the Keller/Elena relationship. Keller goes to Mack looking to come clean about the relationship and was cautioned against workplace romances in a conversation that confirms Mack’s knowledge of the coupling with a version of acceptance in form of a subtext driven agreement to wilfully ignore it so that the team assignments don’t have to be reconsidered. It’s very strong material and further shows Mack to be a fair minded leader willing to bend the rules in his own way for the greater good. It’s unfortunate that Keller is offed so quickly as he showed some real potential to be an engaging presence on the show. 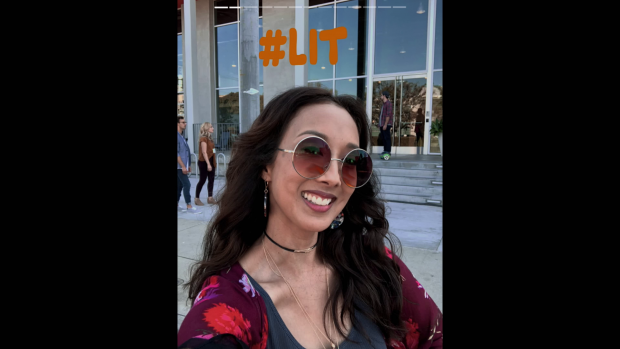 A confused outing that does a great job furthering Team Sarge and their mysterious plan but ultimately has very little to say about the social media driven age we live in. Deke making his return having achieved the American dream of starting with nothing and becoming really successful is a good fit for him and making a fortune out of “inventing” things he used in the future is in keeping with his established character. The episode spends a lot of time referencing current trends but never quite arrives at a position on them. Both sides of the argument are referenced and none of them are shown to be bad choices but the exploration is very superficial which makes for a badly missed opportunity. Sarge’s attack on Deke’s office following a conversation where he uses context clues to try and find out information from Deke is really well done. It moves from a tense exchange to a well executed game of cat and mouse that further cements Sarge and his team as formidable foes. The information given on why they are on Earth sets them up as a group who will have a common goal with the S.H.I.E.L.D. team but vastly different methods that may well inform the conflict. There’s still a great deal of mystery around their purpose but the prisoners on both sides should provide plenty of opportunity to explore that.

The alien bird parasites are appropriately grotesque with a visually impressive impact. Keller’s death raises the stakes though doesn’t quite promote the level of investment that the writers were probably going for as Keller hasn’t been around long enough to truly make an impact and there isn’t a lot of reason to invest in his relationship with Elena. It’s unfortunate that Keller be offed so soon as he definitely had a lot of potential that there just wasn’t time to fully make use of. His conversation with Mack where he’s all set to come clean about his relationship with Elena is really well done; the subtext driven agreement to pretend that there is no relationship to worry about in order to maintain the current team structure furthers Mack as a fair minded leader willing to bend the rules. Having Keller out of the equation means that it’s not possible to build on this which is certainly a loss.