Marvel’s Agents of SHIELD goes deeper into the framework as allegiances start to shift and the concept of reality becomes more difficult to define.

The biggest challenge since “What If…” has been bearing in mind that none of what the characters are experience is real. It is real to the people experiencing it but there are a number of characters who are nothing more than a collection of algorithms approximating a person. Everything looks so real and the show more or less plays the events as if they are that it’s easy to forget how artificial everything is. 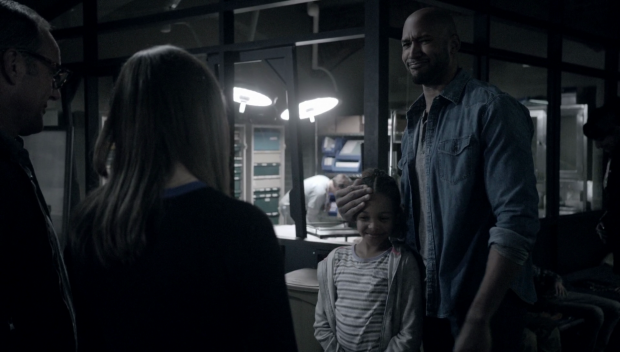 Not so easy now, is it Simmons?

Simmons is having a similar problem. She defiantly keeps reminding people that there should be other priorities. It may be difficult to see people hurt and persecuted but Simmons tries to keep in mind that they aren’t real people so spending time giving them blankets to make sure they aren’t cold is a waste and could be better spent trying to get them out of there. Simmons is largely alone in that way of thinking as everyone else has no memory of the real world. Coulson knows the truth but he also has a lifetime of memories where has been complicit in H.Y.D.R.A. altering history to suit its own agenda and watching innocent children be hauled out of his classroom for simply being curious. In Coulson’s case it’s very difficult to separate reality from fiction and this ends up being significant in this very episode.

Another key figure here is Mace. He is told the truth about the “real world” but it doesn’t alter his priorities because his reality is still real to him and he has made a commitment to save as many people as he can. The Framework has been built on removing one regret from everyone and for Mace that means he gets to be a real hero with powers; something he could never be in reality. Instead of being nothing but a figurehead he is a man of action and laser focused on his campaign against H.Y.D.R.A. In short he gets to truly embody the traits that were associated with him and be “The Patriot” in the truest sense of what that heroic identity means.

His sacrifice was a surprise but one that made a lot of sense in the context of the episode. I didn’t see it coming at the time but the quick summary of his backstory was definitely a clear signpost that his days were numbered. It’s debatable how much of that backstory was accurate since we don’t know much about Mace as it is but the fact that he summarises his life reinforces that his memories are real to him so it really makes no difference whether the world he lives in is the real one or not.

The scenario surrounding him giving his life was an interesting one as he put himself in danger to save the lives of algorithms approximating people. This would surely be something that Coulson and Simmons were thinking about at the time but it didn’t take away from the urgency of the situation. The important thing is that Mace believes that he’s saving real people and he ends his life as the hero he always wanted to be. It’s a really powerful moment that comes across well and the emotion feels genuine. Confirming his death by giving us a quick look outside the Framework to show him flatlining added to the permanence of the situation. Mace’s death confirms that the Framework is as dangerous a place for the characters as the real world is and losing him is definitely significant to the show. 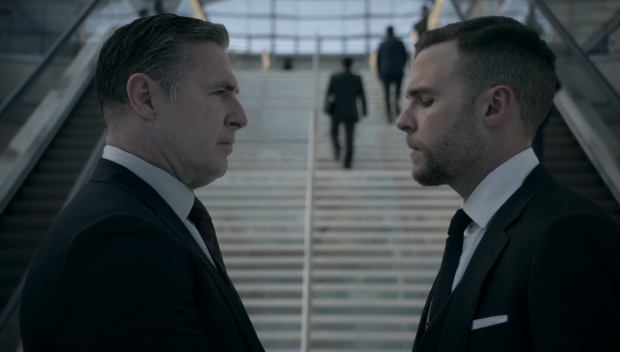 This episode has the recurring theme of reality not being easy to define. Mace loses his life saving kids that aren’t real but his sacrifice also means allowing time for the “real” people to leave the building before it collapses so there is purpose to that in that sense. An earlier scene shows Simmons clearly finding Mack’s interactions with his daughter endearing. Hope may not be a flesh and blood human being but Mack’s relationship with her isn’t any less because of the circumstances of her existence. It’s something he has experienced and it will likely have an emotionally crippling effect on him if he escapes the Framework. I wouldn’t rule out him staying within the simulation because he thinks that life is better that way.

Identity in general is explored in a big way. Last week had the shocking reveal that this version of Fitz is capable of killing and this episode deals with that in greater detail. We see him casually torturing Daisy and looking at it as if it’s some kind of science experiment. Maybe that’s what it takes to give him that distance from his actions which could be interesting if that’s the route the writers have chosen to go down.

The fascinating thing is that there are still shades of the old Fitz in there. He points out that he killed Agnes because he BELIEVED that she was an enemy of the state but is questioning the need to kill her. The way he apologises for what his father sees as weakness also hints that he’s not entirely beyond redemption but he is going to need a huge push in order to get there. So far it’s fascinating to see Fitz characterised this way and it’ll be interesting to see how this affects his relationship with Simmons. 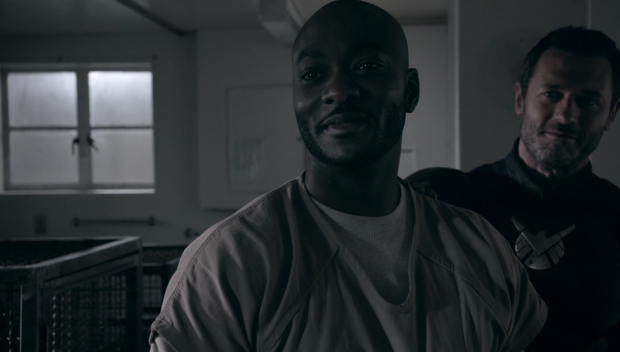 Radcliffe’s conversation with Daisy about events shaping the lives of people was really compelling. This show is definitely siding with the “Nurture” side of the “Nature vs. Nurture” debate and is making a solid case for why that is the most important factor in defining who someone is. Radcliffe makes the point that the smallest thing can shape who someone is as a person and Fitz is proving to be the perfect case study for that. Though the “Nature” side is still represented as his common decency is still there albeit buried.

May also starts to question her loyalties once she sees that kids are being held by H.Y.D.R.A. in an “enlightenment centre”. Since her big regret was being unable to save a child it’s something that resonates on a personal level and causes her to question her commitment to H.Y.D.R.A. This leads to her letting Daisy undergo Terrigenesis and regain her powers. I felt that this reversal happened a little too quickly though it remains to be seen what she will do next. The dialogue suggests that she has entirely forsaken H.Y.D.R.A. but it doesn’t quite work given how loyal she was before this point. A little more time spent on her doubting her place in the world would have been better. I also didn’t much care for the A Clockwork Orange style indoctrination as it felt cartoonishly evil in a way that doesn’t fit the overall tone of the episode.

Despite that there was a great scene that showed her internal conflict. When she was faced with the prospect of gunning down the S.H.I.E.L.D. team her hesitation helped to ramp up the tension. Seeing a lot of the old Coulson when he challenged her to either shoot them or help rather than just stand there was a great touch as well. At this point in the episode the first seed of doubt on May’s part had only just been planted so it was unclear what her decision would be. 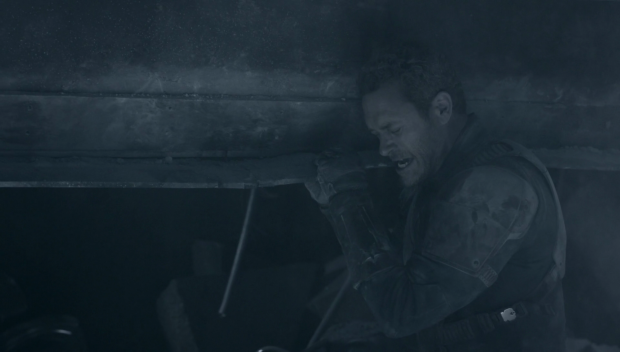 Mace goes out as a hero

Other than Daisy being tortured and regaining her powers she doesn’t get to do an awful lot in this episode but I suspect that is by design to let the rest of the narrative grow. The scene she shares with Ophelia where she is offered a “happily ever after” with Lincoln. It’s clear that the offer is tempting for a brief moment before she turns it down so that reinforces how difficult it is to resist what the Framework has to offer. It also shows Ophelia/Aida to be really complex as her motivations also seem to include allowing people to live lives that they are content with. I suspect that her long term plan will be fleshed out in some way before the end of the season but for now I like how the mystery is slowly being developed.

I love how the Framework creates the opportunity for dead characters to return to the show. We have already seen that with Ward and now we have Triplett back. He has been gone for a long time and it’s great to have him back even though he doesn’t do much in this episode. B.J. Britt has such great chemistry with the cast and blends into any ensemble well. I’m hoping that this will provide the opportunity for Hunter and Bobbi -even though they aren’t dead- to return. It’s also entirely possible that these versions of Ward and Triplett could be downloaded into purpose built LMDs and join the show full time once again. I certainly wouldn’t object.

Another excellent episode that explores the theme of identity and the concept of what defines reality in fascinating ways. It’s important to remember that the world isn’t real and it’s interesting that Simmons is the character constantly reminding us -and herself- of that. She doesn’t think that time should be wasted on lines of code but also starts to acknowledge that this life is all anyone around her knows. Mack’s relationship with his daughter and Mace’s passionate commitment to his mission as well as his summary of his past help confirm this to her. Having this lead up to Mace’s sacrifice where he gets to die the hero that he always wanted to be is really satisfying and an appropriate exit for the character.

Fitz’ decision to kill Agnes is explored in much more detail as it is revealed that the regret that was fixed is his lack of relationship with his absentee father. It turns out to be a large contributor to the way he is now which is backed up by Radcliffe’s statement about lives being easily shaped by circumstances. Fitz still has common decency trying to creep through when he questions his actions so he isn’t beyond redemption. May also questions her loyalties when she realises that H.Y.D.R.A. are indoctrinating children which leads to her giving Daisy back her powers. It feels like too quick a reversal but the scene where Coulson challenged her to either shoot or help was impressively tense. It’s great to see Triplett back thanks to the Framework and he fits well with the current dynamic. I’d like to see more lost characters return before the end of the season. 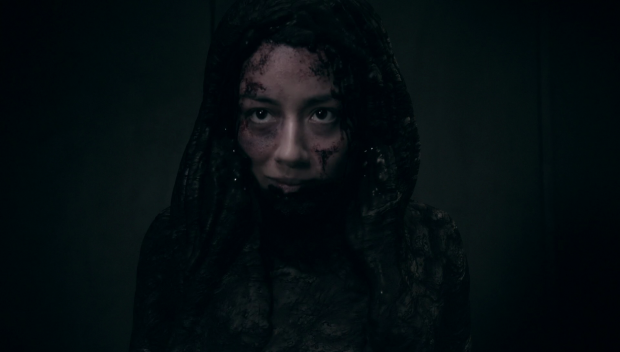 Daisy is back in the game