“The Man Behind the Shield”

Marvel’s Agents of SHIELD picks up from last week with a mission to rescue Mace while the Superior’s feud with Coulson is fleshed out in more detail.

Flashbacks can be an effective narrative device when they expand on character motivations or reveal details about events that have only been mentioned in passing. Arrow uses flashbacks as a core part of its storytelling with varying degrees of success and in this instance it allows the viewer to see different sides of Coulson and May. 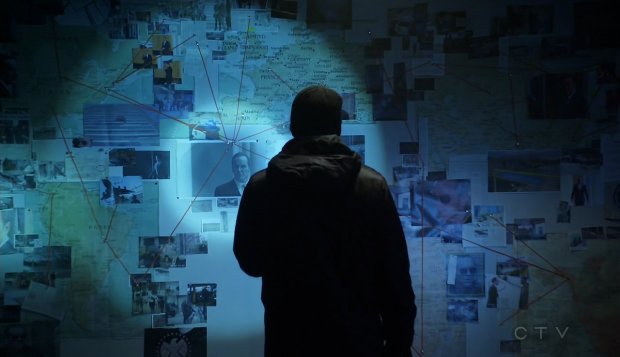 The last few episodes have really been championing May and Coulson as a couple and I’m still not really buying it. It’s difficult when the characters haven’t actually interacted in a while because that means we see the whole thing from Coulson’s point of view. It’s unclear how the characters will work as a couple because all we have to go on is Coulson’s back and forth with LMayD.

It seems like the purpose of the flashbacks is to fool the audience into thinking that there is a long standing romantic connection between them when there has been no evidence of this prior to this point. It is interesting to see the characters at an earlier point in their S.H.I.E.L.D. careers as it shows how much they have changed. Coulson isn’t all that different but seems far less experienced than he is now. May is completely different. She is much more optimistic, reckless and personable at that point in her life. It’s established that the events depicted in Melinda were a major turning point for her and largely shaped the person she is today. The version of May seen in these flashbacks is at a point in her life where she really enjoys being an Agent of S.H.I.E.L.D. and hasn’t amassed the baggage that she later carries.

Most of the flashback scenes involve Coulson and May flirting with one another which does work because the actors are good and have really natural chemistry. Changing that chemistry to suggest a romantic connection doesn’t fully work for me based on knowing the characters at a later point in their lives but if this was the first time meeting these characters then it’d be a really well handled romantic connection.

The flashbacks also have the purpose of trying to create a connection between the Superior and Coulson. It turns out that he was on the other side of this mission and blames Coulson for the death of people close to him. It’s a fairly tenuous connection that the flashbacks don’t actually highlight which makes it something of an unearned twist when the Superior’s involvement is revealed. Coulson’s reaction to it pretty much salvaged this in the most hilarious way. He tells the Superior that he barely remembers the mission in question so isn’t really feeling the arch nemesis vibe that the Superior is trying to create. It’s really cutting when Coulson tells him that he basically means nothing to him. As a joke it works and as a shattering of the Superior’s motivations it feels appropriate. This also somewhat makes up for the weakness in the characterisation of the Superior. Coulson doesn’t worry about him so neither should we. 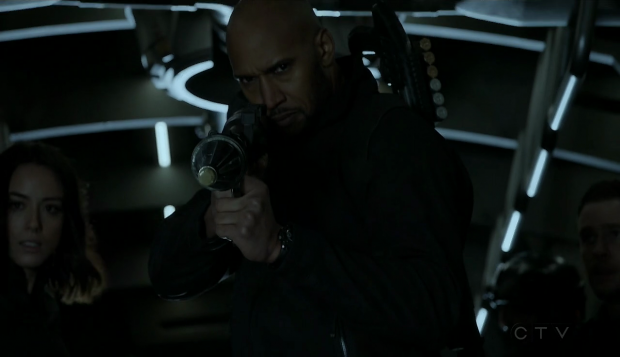 Mack further cements himself as a badass

It’s also appropriate to have Daisy be the one to take him on. His hatred for Inhumans is something she has a personal stake in so it makes sense that she be the one to confront him about it. It’s a well choreographed fight however brief and has the right amount of emotional weight to it because of his crusade against Inhumans.

Him being essentially worthless as a villains is reinforced when Aida is standing over his broken body at the end. Dr. Radcliffe has been using the Superior as a means to an end and now has complete control over whether he lives or dies. I liked when Aida repeated his earlier insult “even filth has a purpose” back to him showing the complete shift in control. Aida may not be sentient but she’s starting to mimic human behaviour a little too well. She’s at the point where she understands how satisfaction can be emulated after someone is put in their place and it’s really interesting to have this development in her understanding. I have to keep reminding myself that she isn’t sentient.

I like that Radcliffe is constantly creating fictions about how intelligent and resourceful he is. As I’ve mentioned, the Superior is a means to an end for him and this comes through clearly. Radcliffe clearly has no desire to work with someone who rejects the way he feels humanity should be going but he has a purpose to serve for now so Radcliffe will pretend to be whatever he needs to be in order to make sure his plans go smoothly.

A big part of the episode is concerned with Mace being kidnapped and tortured. We know that he’s essentially a fraud who relied on a potentially lethal serum to give him powers. When he has his powers then he’s not in too much danger but he’s in a really vulnerable position in this episode and has his resolve tested in the most brutal way when he is forced to endure torture. Mace is very loyal to his teammates and genuinely believes in S.H.I.E.L.D. so is willing to take whatever comes his way so that he can protect them. There is still a big question mark over his sense of self worth and what role he should take in the show but making that his current character arc is working well so far. 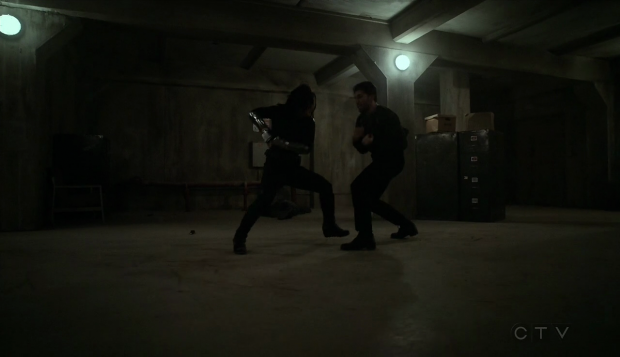 There’s a definite spanner in the works when Coulson, Daisy, Mace and Mack are all replaced by LMDs and infiltrate the base. This puts Radcliffe in a really powerful position as he has obedient operatives at the highest level of the opposing organisation. I’m not sure how this will play out but the next episode could be a really tense thriller as Fitz and Simmons struggle to deal with the androids that have replaced their teammates.

The setup of this twist was really well done. At first it seemed like the action climax of the episode was really clumsily handled as it didn’t add up in a coherent way. I would criticise it if it didn’t turn out to be the plan all along. Fitz and Simmons both call out how odd it all seemed and reached the conclusion that their teammates have been replaced by LMDs. It’s a good twist and sets things up to progress in interesting ways. I feel like we might get a taste of how the May and Coulson relationship could work with their LMDs with the real versions playing things a bit safer. It’s an effective enough way to test audience reaction to the whole thing.

I found the debate about the use of science and technology to be a little ham fisted. Mack doesn’t like Life Model Decoys which is fine as it makes complete sense why someone would be unnerved by the technology but the way that he uses that as an excuse to say that some things should never be invented doesn’t quite work. It makes even less sense that Fitz would let this get under his skin as inventing things is pretty much his most developed skill so it feels like a debate for the sake of a debate. It does set up the irony that someone who hates the technology is replaced by it and allows Simmons to be the one to give Fitz emotional support but there were more sophisticated ways to do these things. 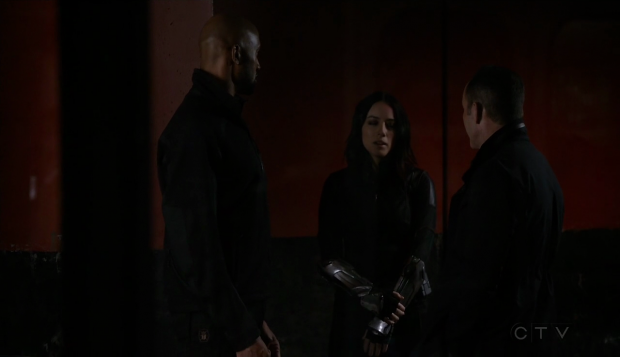 Another solid episode that makes good use of the characters and creates an inventive twist. The use of flashbacks to retroactively create a flirtatious connection between May and Coulson in the past doesn’t quite work as I’m not fully invested in them as a couple. The acting and narrative was good but knowing these characters means that it feels a little forced. It was interesting to see a completely different side of May as she couldn’t be less like the version of her that we know. The reveal that the Superior had a personal vendetta against Coulson based on a mission that Coulson doesn’t remember was hilarious. I like how the obsession isn’t returned because Coulson doesn’t care about him in any way. Radcliffe not valuing him at all and creating fictions to get what he wants is another nice touch as it shows how manipulative he can be in the pursuit of his goals.

Mace showing grace under torture shows that he’s very committed to his teammates and what S.H.I.E.L.D. stands for and moves along his arc about finding a role within the show. It’s an interesting story as it is ultimately about self discovery and could go in a lot of directions. The twist ending where Coulson, Mack, Mace and Daisy are replaced with LMDs was an effective one as it makes the clunky action beats feel like all part of the plan and sets the stage for an interesting thriller episode next week. I found the debate over some things never being invented to be ham fisted as it forces Mack into a position that doesn’t quite fit his character. It also forces Fitz to question his own resolve which doesn’t fit with him either. These two things do allow some irony when Mack is replaced by the thing he is afraid of and Simmons to give Fitz emotional support. There are more sophisticated ways to do these things though.