“Something Inhuman This Way Comes”

Marvel’s Inhumans finally brings most of the Royal Family back together as Crystal learns what it means to be Human.

The past few episodes concentrating on the characters being on their own has been somewhat frustrating. As I’ve repeatedly said they aren’t interesting or sympathetic so waiting for them to reunite has been an exercise in tedium. Mostly because there just hasn’t been an awful lot going on. 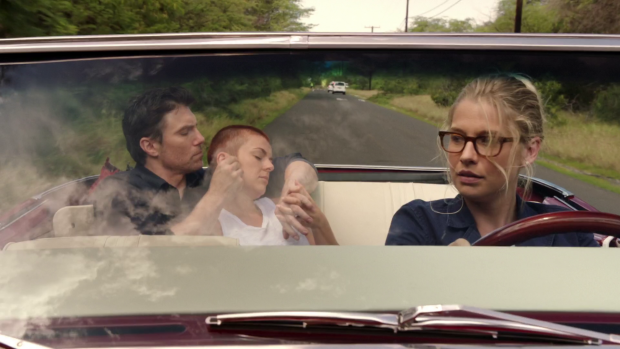 This episode focuses on Karnak which is unfortunate because he is frustrating in how ill defined he is. At the very least this is the first episode where he actually does something though he is basically forced to. The whole Weed Plantation setup is really boring and doesn’t deserve to be discussed in great detail but there is a murderer among them who eventually targets Karnak and Jen which forces Karnak to take some kind of action.

His powers are still on the fritz though have returned in a limited capacity as shown in a sequence transparently designed to have Jen injured and Karnak feel bad about how ineffective he has become now with the reduction in his powers. Some insight is given into why he feels this way and it’s actually fairly interesting. Ever since he got his powers he has been able to assess the probability of any situation and find the action to create the best outcome. Uncertainty is something he barely remembers experiencing so his current situation is a fairly terrifying one since he can’t be sure of the outcome to any of his actions.

Jen is there to offer the human perspective and assures him that doubt is a very natural thing to experience. To her mind the worst people on the planet don’t experience doubt so it’s something that’s healthy. It’s a shame the episode doesn’t explore why she believes that with some examples as it’s an interesting idea just left hanging. There was the opportunity to explore the concept of doubt through the lens of someone who had never experienced it before and have a counter argument raised for why it’s healthy to experience it once in a while. Sadly it’s thrown in as a statement meant to be taken as absolute fact and left at that. I’m not sure what numbered missed opportunity that is for this show but it’s a lot though at least we get to see him fight in an admittedly cool sequence.

Karnak’s arc involves him learning to embrace the uncertainty by learning to understand how Gorgon’s mind works. Gorgon apparently acts on instinct which can steer him in the wrong direction. We see this in a flashback when he steals a flag planted on the Moon and is really proud of himself for doing so. Karnak is quick to point out everything wrong with his actions and the dangerous consequences it will have for Attilan if he doesn’t fix it. This is an example of a bad decision on Gorgon’s part and the flashback is somewhat telling as it shows Karnak only focuses on the negatives when it comes to Gorgon showing a lack of understanding of his cousin and a clear need to see him in a different light. 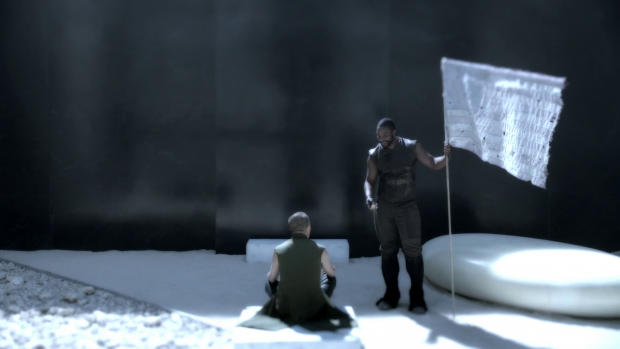 Gorgon does a stupid thing

This is what Jen is here for, she encourages him to look at Gorgon’s actions in a new way and embrace the lack of clear probability knowledge that comes with the decision to make them. In theory this plays out as personal growth for Karnak but the episode doesn’t really show it clearly enough. There’s the suggestion of growth on Gorgon’s part when he considers what Karnak would do in a situation but this also doesn’t come across clearly.

Medusa and Black Bolt being reunited allows his thoughts to be articulated which was essentially Medusa’s only function in the opening episodes. Their connection does come across clearly thanks to the chemistry the actors share and I really like Anson Mount’s performance. He does a really good job showing what Black Bolt is feeling through body language and facial expressions to the point where Medusa’s translations and what he appears to be feeling match up.

This episode finally starts to explore the notion of the imbalance in Inhuman society thanks to the input of Locus (Sumire) who is dragged along as a prisoner because of her echo location powers being the best bet for finding the others. Locus is essentially the mouthpiece for the average Inhuman and is able to talk frankly about what it’s like to live under Black Bolt’s rule. She adds information that we weren’t previously privy to about Inhuman society. Not only is the caste system very strictly controlled but the jobs performed by the individuals as well. Basically people are forced to do a certain job based on whatever their power is and have no choice in the matter. Locus mentions that she wanted to be a healer before she got her powers but was more useful in another role according to Medusa.

Louise takes on the role best suited to her in this conversation when she becomes incredulous at the lack of choice for Inhumans. Her “she can’t be both?” protest was perfect as it outlines just how unfair and unequal life in Attilan is. This is all really interesting stuff that would have been great to see earlier in the season rather than hearing about it now when it’s too late to really explore it. 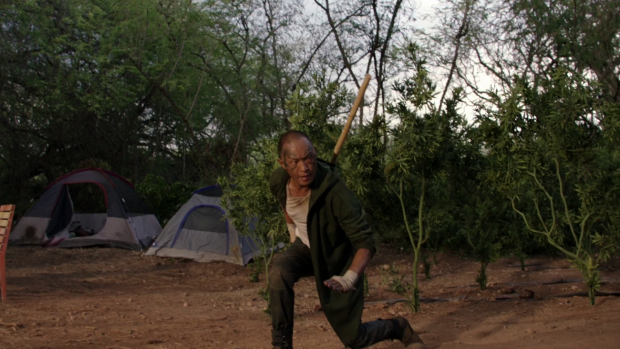 I also liked that Louise was able to comment on how ludicrous some of the things previously established are. Locus points out that Medusa’s parents were “banished” for speaking against their King and Louise finds it difficult to understand why Medusa would marry Black Bolt after his parents had hers “banished”. The quick explanation is that they were brought together by shared loss which seems flimsy so I’m glad that the ridiculousness is at least addressed.

Medusa’s reaction to all of this is somewhat bizarre. She knows that Attilan isn’t perfect but also she also feels that there is no other choice which says a lot about the attitude of the Royal Family in this show. They remain ignorant to how others feel in society so that they can turn a blind eye to it and continue to preserve their way of life. Is this wrong or necessary considering how limited the resources are on Attilan? Again, we have no idea how serious the shortage is so we have very little to go on. All we really know is that the old system is broken and Maximus promises a better future so Locus sided with him. All fairly reasonable as far as I’m concerned.

I can’t be sure but it looks like that Black Bolt actually sees Locus’ point. His facial expression suggests that he hasn’t really thought about it in this way before and is starting to have his viewpoint altered somewhat. Medusa’s interpretation doesn’t support that but I hope that Anson Mount’s performance is suggesting something deeper going on in his mind.

Crystal remains frustrating as she hangs around with Dave and learns how to “hang loose”. These scenes are beyond pointless unless you really want to see Crystal become slightly less of a princess in attitude. Dave is not an engaging character and the actors have no chemistry to speak of. Crystal talking about having no friends and feeling slightly lonely as a result is mildly interesting as well as being told that most Humans are good people but none of it is explored so it all feels like killing time until her family find her.

Unfortunately this is the episode that attempts to vilify Maximus more than any other. Previously he was seen as being desperate to make a better life for his people and wanting to achieve that with as little bloodshed as possible but now he has been dialled up to full strength crazy. He talks to statues about what he feels he deserves and behaves like more of a passionate Tyrant than he ever has before. The most interesting angle would have been for him to rule in the way he thinks is fair and let the people choose when the Royal Family inevitably return. Based on what has been established the only way to make the Royal Family more sympathetic is to make Maximus less sympathetic which is being accomplished by destroying all the good they’ve done with the character. Otherwise his way would definitely be the better way. 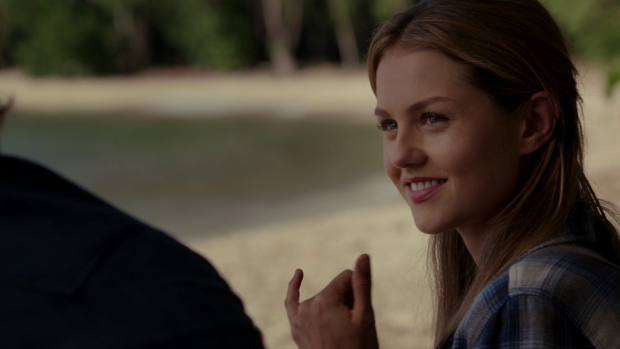 Another poor outing that still fails to make the Royal Family sympathetic. Karnak learns about embracing doubt an uses this to gain a better understanding of what makes Gorgon tick. This happens in theory as the episode doesn’t really provide an example and doesn’t take advantage of the potential discussion. We also learn that Inhumans are forced to do a particular job depending on their powers which is a new revelation and would have been better established earlier as it highlights the inequality within the society. Locus rebelled because she never wanted to do the job she’s doing and had no choice in the matter. Medusa is completely dismissive though there are signs that Black Bolt’s eyes are starting to open.

Crystal remains as pointless as ever and her scenes with Dave are almost a waste of time. She learns how to “hang loose”, that not all Humans are bad people but she seems to be killing time until her family finds her. Sadly Maximus is now being written as an insane Tyrant because the only way to make the Royal Family more sympathetic is to make the most engaging character less sympathetic. It would be more engaging to keep the nuance and have the people choose which King they like better.