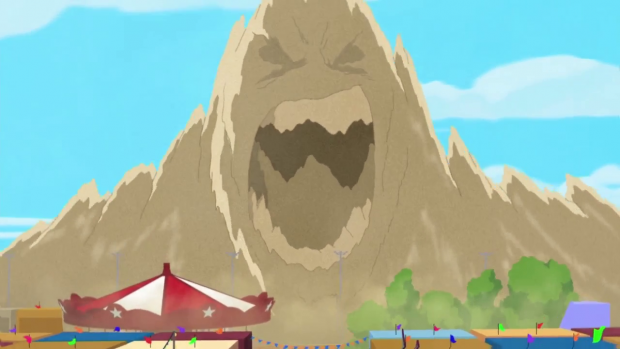 Sandman is a fairly well know Spider-Man villain thanks to his appearance in the divisive Spider-Man 3 so it makes sense that any adaptation would eventually do its own version of this character. He was very prominent in the excellent Spectacular Spider-Man and I get the impression that his role in this show will be an ongoing one.

His introduction is shrouded in mystery with a seemingly unprovoked attack on Coney Island as the Horizon High students are theoretically taking some time away from their studies; I say theoretically as Peter is the only one who actually treats it as a break and tries to have some fun while everyone else fixates on studying what will eventually become known as the Venom symbiote.

The introduction to Sandman works really well as it gives a good account of how powerful he is with his ability to become intangible causing a lot of problems for Peter who is unable to make any kind of physical contact. This means he is largely on the defensive throughout the fight and concentrating on protecting people rather than actually fighting back. Gwen and the rest of the Horizon students continue to prove their worth by MacGyvering up a device that will stop Sandman in his tracks. I really like this approach as it allows Spidey’s supporting cast to have roles outside of needing to be rescued. 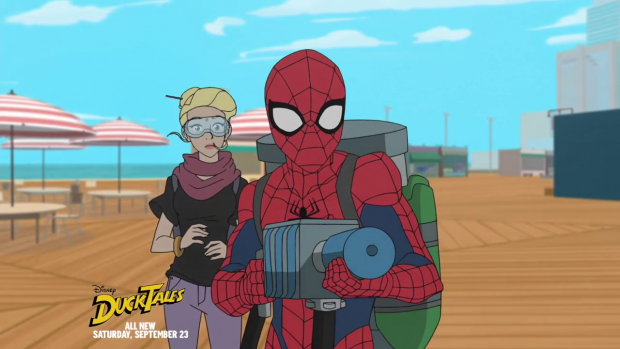 This version of Sandman is more of a tragic figure motivated by protecting his daughter Keemia (Sofia Carson). The motivation is simple, relatable and well handled. Sandman isn’t a villain here as his antagonistic streak only comes from him struggling to form and lashing out as a result of being unable to control himself. When Peter defeats him at first he is able to mouth the words “help me”. This takes Peter down the route of trying to figure out how Sandman works before stumbling onto the secret to helping him reform -with a little help from Harry who is working on what appears to be the Green Goblin’s glider- so that he can articulate his problems.

Once Keemia is located there is something of an unexpected twist when it turns out she has the same powers that he does. I was expecting a simple kidnapping plot leading Peter and Sandman to have a brief fight with Hammerhead (Jim Cummings) and his goons before rescuing her but what was delivered was quite a bit more interesting than that.

It turns out that Keemia was part of the same accident that created Sandman which means that she is the same as him. This is something she deeply resents her father for and wants to use her power to hurt him in the same way that she feels he has hurt her. It’s very powerful stuff and the complexity of the situation isn’t ignored. Keemia sees this as something of a disease that she had no control over. She mentions that her future was once a bright one thanks to her intelligence and her grades but she blames her father for taking all of that away from her thanks to making a deal with Hammerhead. What makes this work so well as Flint Marko’s reason for making the deal can be easily understood; it was all in service of providing for his daughter and was born out of desperation. This aspect of it is something that Keemia can’t understand because she is too blinded by rage and hatred. 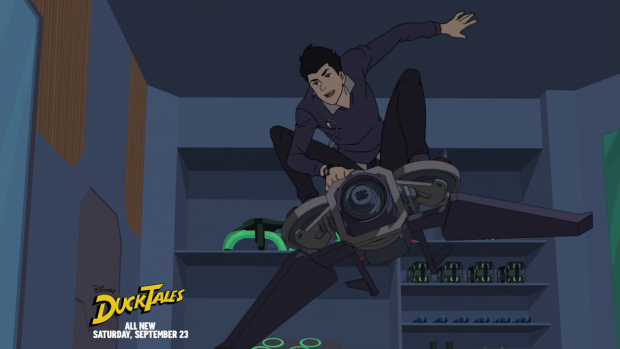 The father/daughter conflict works so well because it’s an emotional conflict as well as a physical one. Peter is sidelined by this because it isn’t really his story. Keemia’s treatment of her father is brutal and uncompromising where Marko doesn’t retaliate because he doesn’t want to hurt her. There is a good contrast between Marko’s love for his daughter and Keemia’s passionate hatred for her father. The conflict feels unresolved by the end of the episode but it’s clear that this will return at a later date. For now it’s enough to know that there is a shattered relationship that needs to be repaired and that makes for a compelling villain story.

Sandman’s origin story is somewhat flimsy in the way it was presented. It’s clear that there was an accident and that it has something to do with Hammerhead but the portrayal is far too underdone. Hammerhead is a character that could have been done without as he adds very little to the story. He is someone who has been mentioned before and I imagine he’ll be fleshed out as the season progresses but his role in this story could have been done by anyone which shows a lack of proper characterisation for Hammerhead other than a fairly standard and uninteresting mob boss.

The Venom symbiote story is developed in the background with the V-252 sample being attracted to Peter after they make contact during the first encounter with Sandman. The symbiote bonds with him at the end of the episode and grants him greater strength at the right moment so that he can make it out alive. His fellow students are upset that the sample is missing and the episode ends with Peter agreeing to head up the investigation. It’s too early to tell what way the show is going with this story but it’s clear that Peter enjoys the power boost and there are hints that corruption is starting to happen. It may be too early in this Spider-Man’s career to do this story but I’ll reserve judgement until I see how it plays out.

Peter also learns an important lesson in this episode in regards to the impact being Spider-Man has on his life as Peter Parker. Bringing the Sandman sample home allows Marko to follow him there which puts Aunt May in danger as well as causing significant damage to the house. It has been established that the Parkers have money issues and it is mentioned that the insurance may not cover the damages so Peter’s recklessness has directly put Aunt May’s life at risk and causes expensive damage to the house. Peter learns that he needs to keep the two identities completely separate in order to protect his Aunt. Her pointing out that the damage wasn’t Peter’s fault as he is further consumed by guilt knowing that it was his fault was a really nice touch that reinforces the typical Spider-Man characteristic of Peter Parker blaming himself for everything though in this case it’s justified. 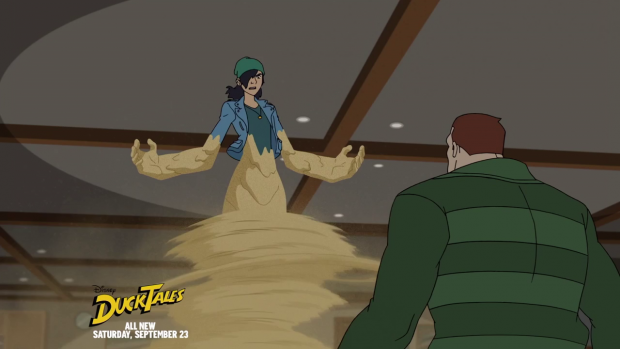 Another impressive outing for this adaptation of Spider-Man with a really interesting villain story that even manages to surprise with the twist of Keemia resenting her father for what had happened to her. The development of the Venom symbiote story works well also with hints of corruption through Peter’s enjoyment of the strength boost he received.

The episode’s portrayal of Sandman’s origin is somewhat flimsy as it lacks the necessary detail surrounding the accident. Hammerhead’s role in the episode could have been filled by any generic gangster character. It’s clear that Hammerhead will be recurring but this portrayal of him lacks any sense of personality.