‘Crazy Diamond’ seemed to have completely different purpose to ‘The Commuter’, the other Philip K Dick’s Electric Dreams offering I reviewed last week. Philip K Dick’s Electric Dreams‘ ‘The Commuter’ had a completely different plot focus to Philip K Dick’s short story, replacing the consequences of altering history with a moral debate over the cost of ignoring life’s pain. However, it felt faithful to Dick’s stories in that the main character was an everyday person forced to deal with a ‘what if the world was different’ scenario. By contrast ‘Crazy Diamond’ imagines a future world and throws in a series of musings about what it means to be human. 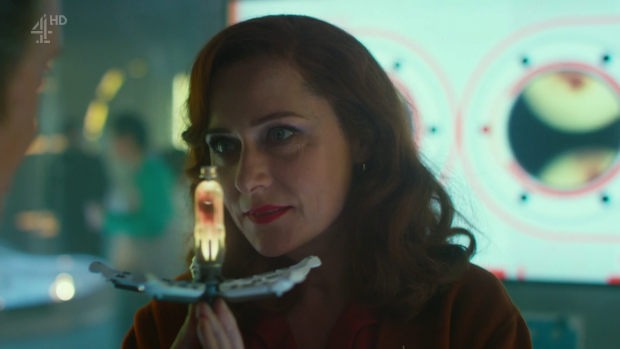 My problem with is not that Dick’s stories weren’t interested in this topic, as I’ve read they were usually focused on real, down-to-Earth people. Rather it’s that the ones I’ve read are focused to a particular question or theme. Whether the concept they tackled was big or small this focus gave them a purpose, something you could think about afterwards.

‘Crazy Diamond’ takes the opposite stance by trying to use many large themes all at once: what is the soul; what does it mean to be normal; should you break out of normal life and follow your dreams; and so on. All valid concepts for a sci-fi story of course, but when you try to hit all these bases at once it’s always going to be harder to spend much time at any of them.

This is even more problematic when some of the ideas presented are a little… let’s say unimaginative or well-worn already: some women feel unfulfilled if they can’t have a child, outside of the ‘nice parts’ of future civilisation there are badlands full of nasty people, and constructed life forms aren’t happy if they don’t get to live very long. And that last one stings all the more with Blade Runner 2049 being in cinemas as I write.

Now, fair challenge should be: you can do what’s been done before if you can do it differently or better and that recreating Dick’s ‘Sales Pitch’ isn’t what’s important here, it’s about creating good science fiction. But I think the lack of focus and less-than-original plot themes means ‘Crazy Diamond’ struggles with both of these too. 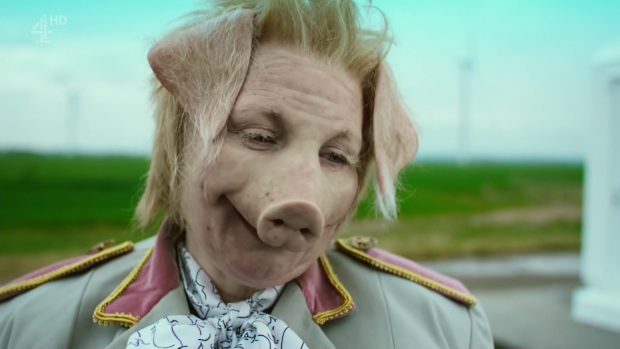 The episode is extremely abstract by nature. Its style is less a flowing story and more a collage of concepts and feelings. Given the nature of the themes chosen and the style of presentation I didn’t get the feeling that ‘Crazy Diamond’ was supposed to be just for fun. Instead I got the impression that you’re supposed to feel it – more than think it like classic science fiction, I mean. And by itself this should be fair game: Why not have all the episodes presented in their own unique style after all? It adds to the flavour of Electric Dreams as a whole.

But if you’re going to have an emotional piece then it’s all the more important to pull the audience into that emotion, which I felt ‘Crazy Diamond’ failed to do. Yes Ed has a dream life he’d rather live but he also seemed quite happy with the marvel that was the creation of artificial souls. Sure his wife really wanted children but she still seemed somewhat happy with society’s imposed dream life. And fine the Jill fatale was dying but, as written earlier, this is too reminiscent of Blade Runner.

Of course you might say “yes, but Philip K Dick also wrote the story that inspired Blade Runner”. This doesn’t help me though, as I’m too distracted by this thought and the others above whilst watching ‘Crazy Diamond’ such that I’m still not emotionally engaged enough.

Throughout the story there are clearly points that aim to keep me feeling but these too fell flat for me. Teaching Jill to sing, for example, might have been touching if the Jacks and Jills had been shown to be more childlike as they came into their consciousness or if they were denied human experiences somehow. And though the 40%-normal pig-lady was clearly a slave in the society I made no emotional or even logical connection between her and the Jills and Jacks. Teaching Jill to sing then was just something that happened. 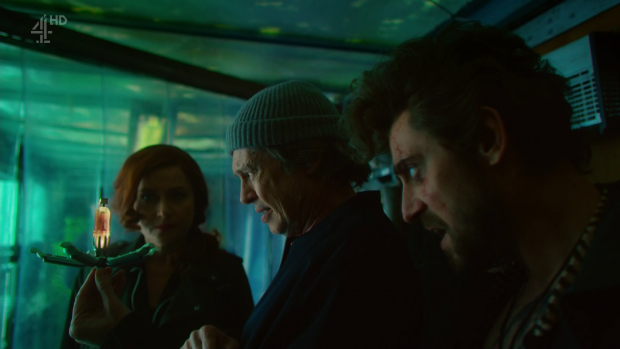 Other moments are the same. The badlands leader fires manically up in the air perhaps to show his frustration with life but that was a little comical. Jill seeks a new ‘soul’ and is threatened with its withdrawal but I have no idea what it means in this world to gain a second quantum consciousness or to lose one, so how do I care?

By the time then we come to big finish where the two women join forces against the man who played them both foul and him being left with nothing but his shattered dreams on the shore I’m struggling too much to find meaning in anything that’s previously happened to really feel his loss. I either needed to feel much more strongly or to be caught up in the consequences of the science and preferably a single, focused theme.

On the positive side I did appreciate this episode’s world building. We were given a very clear picture of a culture of enforced positivity, which is reminiscent of today’s office workplace, and a culture that had an enforced servant class, which fortunately is not. Such a society could be one future way of forcing us all to follow the green life choices necessary to preserve a planet suffering coastal erosion through climate change. My favourite line of those establishing this culture was the “very generous of you” response from the pig-lady after Ed’s wife ‘allowed’ a servant to use a Normal’s first name – nicely brutal.

The episode does also catch some of the struggles of everyday life that are key to Dick’s stories. Ed’s difficulty breaking the hold his employer has over him is a very real dilemma that plays out with a natural fearful indecision. It was a slight stretch to feel the same about Jill as an insurance salesperson with such a job not really existing here in the UK. I’m aware enough of American culture to know that it’s an iconic occupation of the American Dream and so I’m happy with what it was supposed to represent here but again this is thought rather than felt. 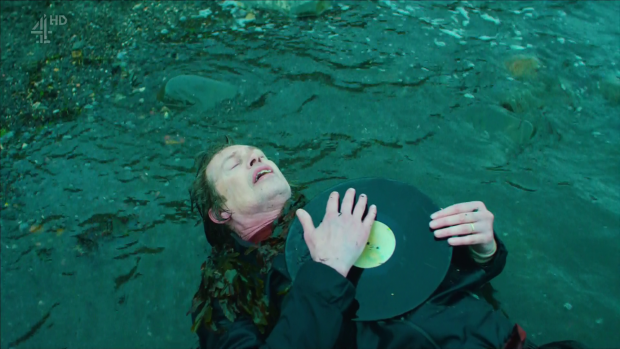 I cannot fault in any way Steve Buscemi and Sidse Babett Knudsen’s delivery of the script as was. I also believe there is a place for such an abstract piece in the Electric Dreams collection but I felt there were too many sci-fi themes thrown into ‘Crazy Diamond’ for it to hit home. I’d rather it had focused to just one of them that matched the exploration of a person’s dream for a better life.

Also, despite a well-established background I struggled to really feel for the characters, which, whilst always important, was especially problematic here in an emotional rather than thought-provoking piece. As it was, even things like the brief Fasrad reference made me want more influence from the original story.