‘The Commuter’ adapts Philip K Dick’s short story of the same name by adding some moral purpose to the plot. Now, personally, I’m always up for a little of this but I recognise that it might not be what everyone’s looking for, particularly if you were interested in seeing a greater investigation of the original story’s consideration of the effects of a changed history catching up to the present – more hard sci-fi, less moralising. 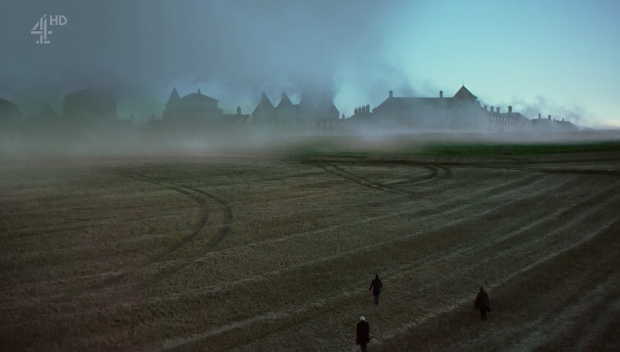 Whichever plot focus you prefer though, I’d say you’d have to be happy that the episode captured one of Dick’s key themes: the effects of science-fiction concepts on everyday life. What could be a more normal setting than a railway ticket office in Woking on a commuter line into London and so perfect contrast to the strange ploys of a woman with the power to alter reality?

Admittedly Tuppence Middleton (playing Linda) is not the everyman, suited commuter of the original story but making this character an attractive young woman serves purpose here: she is the supernatural to Ed Jacobson’s – the main character’s – natural, here played Timothy Spall, who couldn’t have been a better choice.

On quick reread that sounds terrible in my head: as if referring to Spall as simply an old man – not my intention of course. I’m just considering the idea that the main character in this piece has to be us, has to define the baseline of what’s normal, so we can properly be drawn into the unfolding unreality. And I would say that I was with Spall’s Jacobson all the way: wanting that pain to go away but realising the cost and that’s just great work.

This difference between Linda and Ed is all the more important too for their final confrontation, where they present opposite sides of the case for and against living in a perfect world of dreams: Linda striving for complete happiness and possibility whilst Ed acknowledges the need to accept reality, as the cost of forgetting your problems entirely would be too high, too unfair on others. 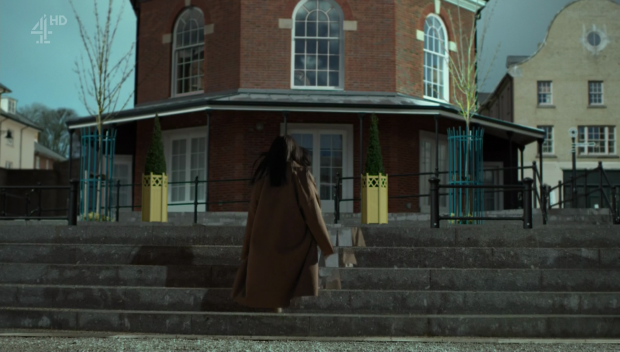 A world made of dreams

Now, sure this is an argument that rages either side of an obvious happy middle ground, where you try to meet your responsibilities whilst always making sure to allow yourself some happiness when you can. However, many of us have likely been in that moment where getting to that middle ground is the difficult part in life, so seeing an exaggerated form of the same struggle that plays out in my own head was still welcome and interesting for me.

Possibly such an obvious compromise to the debate means that the ending won’t hit the audience emotionally as hard as it did the characters though. I didn’t feel anyone could come away from ‘The Commuter’ siding with just Linda or Ed or wanting to pursue the argument any further, which is something else you might want from your sci-fi. If you did though: do you believe Ed’s final smile? Was it the lie his wife claimed to see or did he find that happy balance?

Power ending or not, I was a fan of the build up to it. I think the mystery was handled very well, with the reveal of information being well spread. Further, there was enough reveal left towards the end of the program such that it’s a sci-fi show all the way through and not a sci-fi first half followed by a drama or action finish.

I also liked the slight alterations from the original story that proved that writer and director had really thought about the consequences of adding to and extending the length of the plot. For example, having Linda vanish off camera means that at the start Ed is still considering more normal explanations like a magic trick, allowing a progression to freakier explanations later. 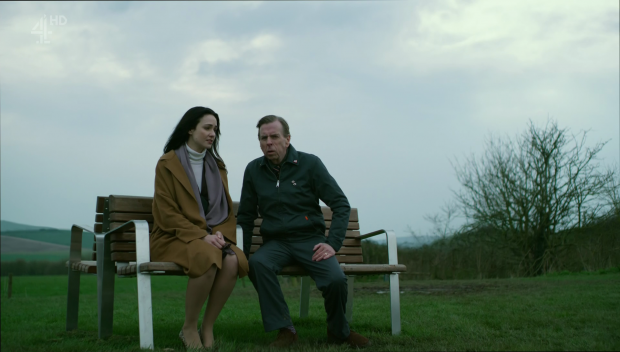 Give up all for happiness or accept your problems?

On first seeing it I wasn’t quite sure why the train didn’t stop when people got out for Macon Heights – there being no platform seeming weird enough. On reflection though, I think making it a little stranger by having the train still moving is good as a bridging amount of weird: something a little more odd than occurred at the start but not quite as freaky as a the ending’s going down the upstairs. The middle-weird is probably Ed’s location at that point.

The presentation of the two settings also well match the arguments of the main characters. Ed’s Woking neighbourhood is a little dirty and run down, the real representation of somewhere that’s not perfect to live. His son’s mental health problems are deftly handled as to be realistically grim whilst not over exaggerated for the purpose of making a plot point. Also his marriage: believably strained whilst still showing that the couple could still happily be together if they could just find a way to cope.

By contrast, Linda’s new world, built in honour of her father’s dream, is full of colourful clothes and happy memories. It’s clearly unreal, as it needs to be, whilst still being made of real people who get married and play with kites, never straying too far into some fetish extreme or over the top opera. And when it breaks it breaks with the people remembering their pain rather than having the set crumble, which keeps the story personal.

The waitress’s reveal being the best example here. I’m not so sure about the light-coated man: he was a paedophile in hiding or did I get that wrong? I think I’d have picked a pain little more common if so. Anyone can be raped, so the waitress’s pain is something we all could in theory suffer and that common-to-all angle is an important aspect of the piece – a minor point though, if ever there was one. 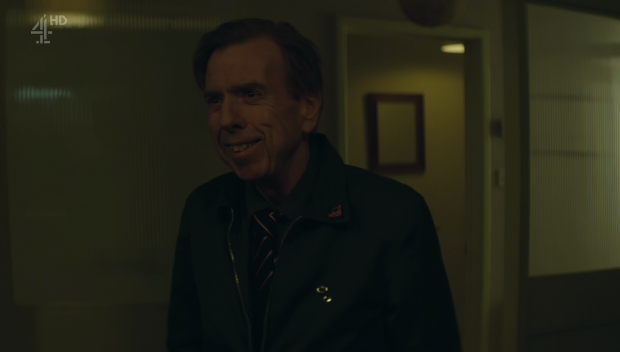 A happy compromise? I hope so

An excellent piece of science fiction that shows the genre is much more than aliens and lasers. ‘The Commuter’ does a far more intelligent job of bringing science fiction to people who ‘don’t normally watch’ than Game of Thrones does for fantasy. A bit of fun is good for the soul certainly but so is seeing something more meaningful.