Sherlock returns after being off the air for exactly 12 months; even longer if you count the 2016 New Year’s Day special “The Abominable Bride” as disposable. It absolutely could be as it has absolutely no bearing on the events of this episode.

This episode picks up more or less where the season 3 finale left off with Sherlock cleared of his murder charges after a distressing message from the -thought to be- deceased Moriarty. Mycroft has arranged to cover up the whole thing and Sherlock is allowed to go back to his normal life. 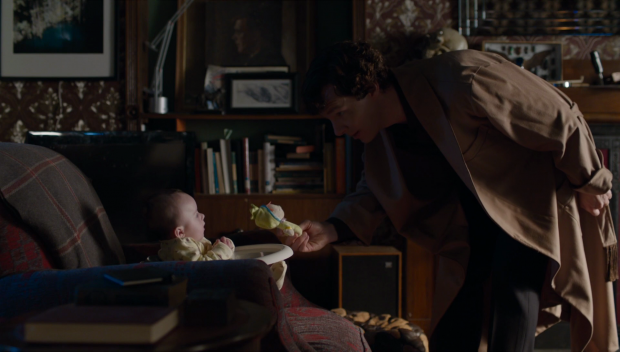 His approach is actually a really interesting one. He simply goes back to what he did before and solves a bunch of cases. It makes sense as he knows Moriarty is too clever to be found when he doesn’t want to be so the logical thing to do is wait for him to make his move. If he’s alive then he will eventually come after Sherlock and then he can react at that point.

What we get is less interesting. Basically we see a montage of cases that he solves over a period of several months but we don’t get enough information to figure out what the cases were. Some of them looked fairly interesting and I couldn’t help thinking that entire episodes of contact flashed before our eyes in a quick cut and a wall of text.

The case that gets most attention is the dead son found in a car that was thought to be empty. I liked the idea of him planning a surprise for his father by dressing up as the front seat of a car which causes his death to go unnoticed. It’s disappointing that the death itself was an innocuous accident as there was a lot of potential here. There’s no way the audience could have worked it out as the solution itself was presented as Sherlock solved it but the idea itself was a solid one.

Another important function of the case solving montage is to race through Mary’s pregnancy so that the baby can be born in the space of this episode. It’s an effective way of moving through a lot of time even if the cases don’t get the chance to shine. John and Mary as parents marks an important step in their development as characters so it makes sense to get there as soon as possible. This is especially important considering how long the show has been off the air and the desire to catch up the timeline to the present day must be really strong. 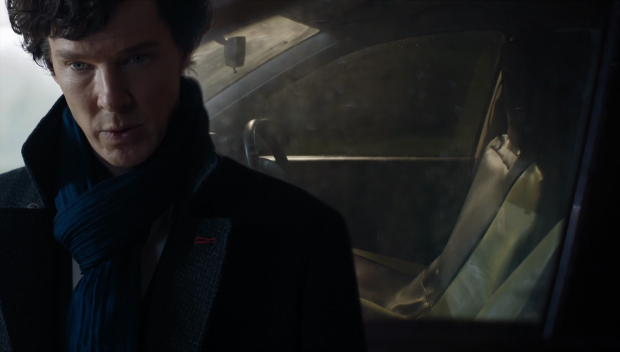 The case montage sets the tone for the first third of the episode that eases the audience back into the world of Sherlock. It’s fun, light hearted and pretty easy going but there’s a sense of dread that hangs over it. Sherlock is almost paranoid as he thinks Moriarty is behind everything and is waiting for him to make himself known. The episode does a good job playing with that by never having him appear an revealing that the solution is something else entirely.

For the second third the episode transitions to a sort of international thriller inspired by something like Jason Bourne. The change in tone is a little jarring but it does work. It gives the episode a sense of style and scope that can’t be achieved by confining the story to London.

This section of the episode concludes with Mary’s death. This was a shock and I definitely didn’t expect it but it’s hard to say that it’s not necessary. In every measurable sense Mary is far more useful to Sherlock than John ever would be. She’s a spy and an assassin as well as having deductive skills for her own so it would be increasingly contrived for John to be helping Sherlock while leaving Mary sitting at home to look after the child. It just wouldn’t work considering Mary’s skills so having her completely removed from future stories allows the show to become about John and Sherlock again. Mary’s final “case” for Sherlock to save John was a really terrible way to end her character and the way the episode left what she said as a mystery until a few minutes later was a really poor choice as well.

The death itself was handled pretty well with a decent amount of emotional heft to it. I’ve always found Mary to be a problematic character because of her colourful past but there’s no denying that she was a big part of the show so her death feels significant. Benedict Cumberbatch does a really good job bringing a different side to Sherlock as he is personally affected by her death. Martin Freeman doesn’t fare quite as well with John’s reaction coming across as odd but the cutting vicarious remark about not wanting Sherlock near his child towards the end of the episode creates an effective distance between them that will no doubt be the focus of the next episode. 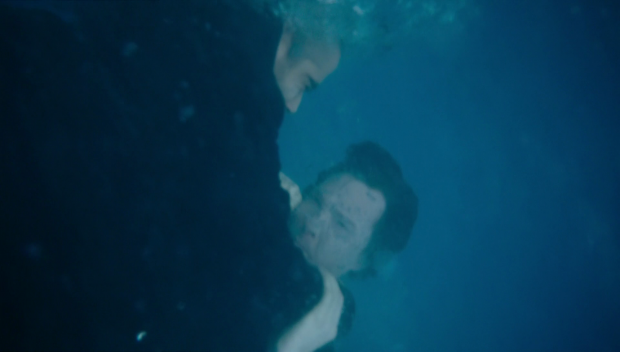 Sherlock is involved in some wetwork

Mary’s death brings us to the final third of the episode that is punctuated by grief. The tone is sombre and defeated which fits the loss of a major character. These three sections work well enough on their own but when stacked up as parts of a whole they are really jarring. The transitions aren’t natural enough and none of them feel like they are part of the same story. I think that this is a problem with the format of this show in general. The 90 minute Sherlock movies posing as episodes of a TV series has never quite worked for me and this is an example of why. I think this show would be better suited as hour long episodes that would bring us longer seasons but I can’t review this based on what I wish it was.

Even though I found it clever that Moriarty -for now- isn’t behind everything, the alternatives weren’t exactly memorable. Sherlock’s final confrontation scene with Vivian Norbury (Marcia Warren) was well acted as always but she wasn’t the best villain and her overall motivation felt very weak. The only threatening thing she did was accidentally kill Mary who jumped in front of a bullet meant for Sherlock. She did succeed at being an unassuming villain throughout but the transition to criminal mastermind really didn’t work.

Despite the episode not entirely hanging together with the three sections the underlying theme was a strong one. Using the Mesopotamian tale “The Appointment In Samarra” as the backbone of the episode was a clever idea as it foreshadowed Mary’s death through the repeated mention of fate being unavoidable applies to Mary who unsuccessful tries to escape her past in order to avoid the death that eventually finds her. The mention of Sherlock not liking the story and rewriting the ending when he was younger was clever too as it references the fact that he engineered his way out of his own death. It could also suggest that his fate will soon catch up with him.

John wasn’t featured heavily in this episode and his behaviour was fairly concerning. His banter with Lestrade where he compares Sherlock to a baby was hilarious but having him text another woman felt so completely out of character. I couldn’t understand why he was doing it other than giving him something to feel guilty about when he loses Mary. I’m really not sure what Mark Gatiss was getting at when he wrote this. It doesn’t really add anything to the episode other than time and certainly takes away from his character. 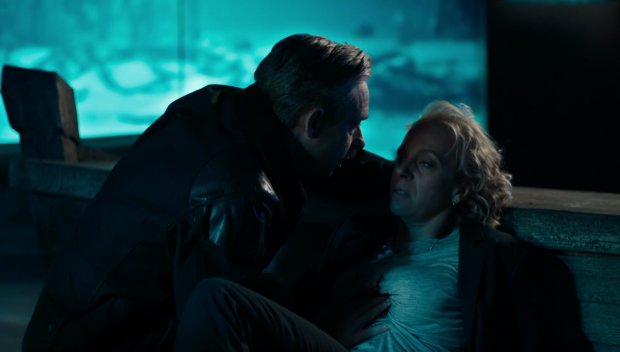 Sherlock in therapy was an interesting twist to end the episode on. It shows personal growth for him as he is starting to realise that his arrogance has consequences for those around him. This may transcend Sherlock beyond a high functioning sociopath who solves mysteries and let him evolve into a person who has some understanding of human feelings.

A mixed bag of an episode. The three sections work fine on their own but as part of a cohesive whole they don’t really work since the transition in tone is really jarring. There’s plenty of entertainment to be had in the first two and emotional heft in the third but they feel divorced from one another despite the continuing theme of avoiding fate. Keeping Moriarty out of the picture while teasing his return was a nice touch but Vivian Norbury wasn’t exactly a capable substitute. She wasn’t all that threatening and her motivation was very weak.

John texting another woman was a really bizarre choice and only seems to exist in order to create some emotional turmoil for John as he grieves for his dead wife. Mary’s death was really well handled and clears up the problem of Mary being far more useful to Sherlock than John. Sherlock being in therapy shows that he’s growing as a person and realising the consequences his behaviour has. Character development for Sherlock has been lacking so it’s interesting to see this attempted.