Star Wars Rebels continues its return from hiatus with the Ghost crew at odds with Saw Gerrera over how to deal with the surviving Geonosian.

There’s a bizarre disconnect between this episode and the previous one in how Saw Gerrera is handled. The previous episode gave us barely any indication of the character as presented in Rogue One: A Star Wars Story and this part is overpowering in trying to put that across. 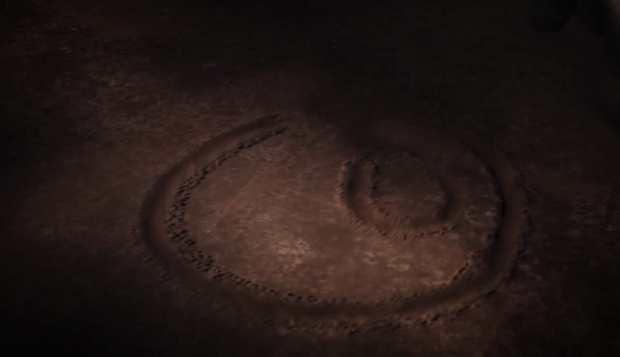 Is that the Death Star?

It’s really jarring because it largely seems to come from nowhere in this particular episode. If Saw had been like that in the previous episode then it would have been consistent characterisation but that’s definitely not the case. It was still good to see this though and offered a clear contrast in the way Saw sees the Rebellion compared to the others around him.

Saw is a very damaged individual who is still in pain after the loss of his sister and blames the Geonosians for that. He has some animosity for the Jedi as well because he blames them for losing the Clone Wars. His outlook has been poisoned by what has happened to him and this makes him very unsympathetic to the plight of people who aren’t those closest to him. This means that he doesn’t see any value in the life of the surviving Geonosian -known as Klik-Klak thanks to Ezra- because he feels that his survival is more important.

In some ways this is exactly what you’d expect from someone who has lived most of their life in War and in other ways it’s unacceptable because it means he has lost sight of what he is fighting for. It’s an effective way to look at the notion of Rebellion and it’s what the Saw character should exist to highlight given his contribution to Rogue One.

The contrast doesn’t entirely work because it fails to take into account the extreme things the Ghost crew have done in the name of survival. Ezra’s line about Saw being no better than the Empire because of the way he chooses to employ his methods is really rich coming from him considering he’s the one who used mind controlled a Walker pilot to throw himself and the Walker off a cliff back in “Steps Into Shadow”. Ezra is hardly in a position to judge since his methods can be seen as just as extreme. It’s clear that most of Ezra’s decisions come from a place of compassion whereas Saw is far more distanced and pragmatic but this would have been a good opportunity for the Ghost crew to see where they could end up if they lose sight of the value of life. Sadly this doesn’t happen and it largely translates to Saw raving like a madman while everyone disagrees with him. 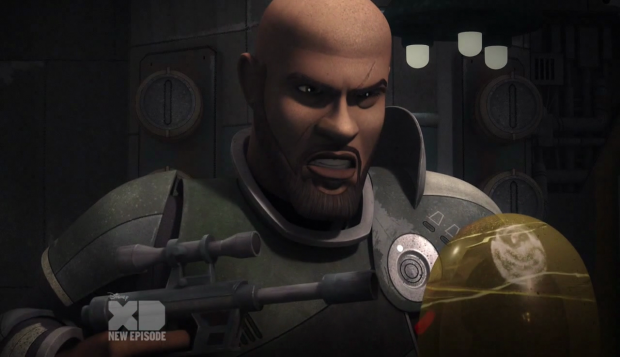 Stop or the egg gets it!

Saw’s reversal on his position also feels really unearned because it doesn’t come from anywhere. One minute he thinks that his survival is more important than the Geonosians and the next he accepts that they deserve to have an opportunity to rebuild just as the Rebellion do. It’s sloppy and confusing as it actively contradicts everything Saw had said and done over the course of the episode. The clunky dialogue at the end where the lesson of allies not always sharing your values is spelled out for Ezra and the audience is really bad as well.

Klik-Klak is a character who doesn’t really get to speak for himself since his language is unintelligible to us. Ezra can understand him and is able to translate what he is talking about but this distance doesn’t make it easy to invest too heavily in him. The desire to protect the Queen egg is easy enough to understand and gives the episode an element of fragile innocence that is mainly used to show how brutal Saw can be. When the crew don’t go along with what he wants to do he threatens to destroy the Queen which is a little too on the nose but effective enough.

I can’t decide whether I liked the hints at the Death Star or found them frustrating. That probably means a little of both. Klik-Klak constantly referenced a circle inside a circle which could be anything but when he drew it the image was a lot like the Death Star. Other than that there were two other possibilities. The Queen egg had a smaller circle inside it and the poison gas cannisters also fit this description. Everyone concluded that Klik-Klak was talking about the cannisters but it seemed clear to me that he was talking about the Death Star. If that’s the case then I expect Saw to return in a later episode to further develop this idea and properly build to Rogue One.

The action in this episode was great. There was one major action sequence in the form of the battle with the Imperial Rocket Troopers and the verticality was used really well here. Sabine completely stole the show with the use of her jetpack to get in closer and take them out. It was fast paced, dynamic and exciting. The tunnel escape at the end of the episode was well handled as well. 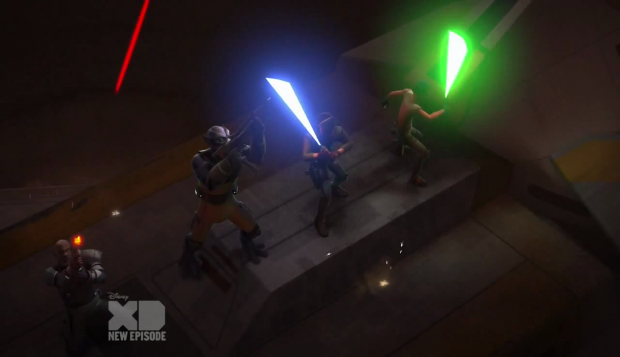 An uneven episode that let us see more of Saw’s extremism but it feels so at odds with his behaviour in the previous episode that it is more jarring than anything else. The episode also fails to address the questionable things that Ezra and the others have done in the name of survival. Saw’s reversal on the position is completely unearned as it doesn’t come from anywhere. Klik-Klak was largely pointless other than the fragile innocence associated with the Queen egg and the hints at the Death Star. At leas there was some great action to make the experience somewhat worthwhile.