“In the Name of the Rebellion Part 1”

Star Wars Rebels continues its final season with a focus on how the Ghost Crew fits into the wider tapestry of the Rebel Alliance.

Last week I covered both episodes in their entirety because the first part didn’t have enough going on to justify analysis on its own. This wasn’t a bad thing as the focus was on delivering an engaging set piece to open the season. In this case it appears that both parts have something distinct about them though I haven’t seen part 2 at the time of writing this. 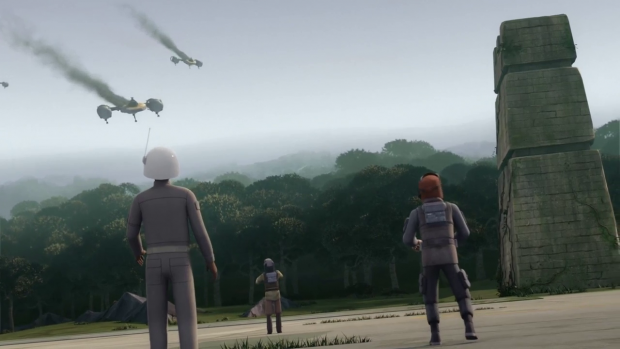 A bad end to a supply mission

The first part of this particular story focuses on perspective which is often lacking in the films. How people involved in the Rebel Alliance perceive it is a really interesting avenue to explore as it reminds us that the Rebellion is made up of people fighting for a cause. Depth is added when it becomes apparent that these people think differently about the cause they’re fighting for and have varying opinions on methods.

There are essentially two schools of thought presented in this episode. The first is Mon Mothma who approaches the Rebellion with a more political outlook. For her it’s about liberating people from the tyranny of the empire while the actual methods of accomplishing are somewhat ignored by her. She’s interested in strategy certainly but how that is accomplished is up to others. This suggests that she recognises the dirty jobs and sacrifice but keeps a respectful distance from it.

Her tendency towards “big picture thinking” is best encapsulated in her scene with Ezra when he expresses concern that they seem to be forgetting about Lothal. His mind is on his home and the people he promised to help but Mon Mothma highlights how many other systems are endangered by the Empire and points out that there is an entire Galaxy to save beyond Lothal. Does that make Lothal any less important? Definitely not but it does reveal it as a smaller piece than some other high value targets. 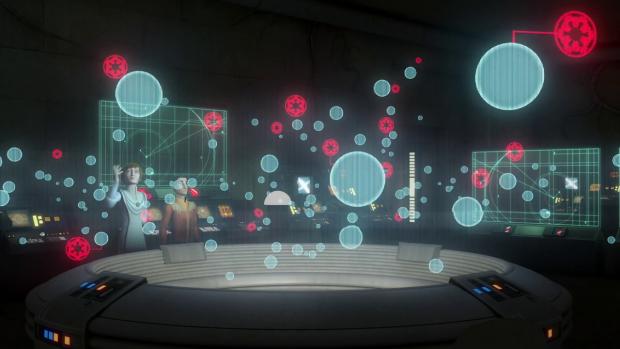 The other side of this is Saw Gerrera who believes in decisive and violent action. He’s not so big on strategy and instead likes to hit the Empire randomly so that they’re unable to predict his next move. It’s a proven tactic that keeps him on the run but also one step ahead of the enemy. His methods are more attractive to Ezra because they get results and he’s really spoiling for a fight. He agrees with Saw’s blustering about taking action and wants to see his home world freed. This could be a sign that he’s wandering towards the Dark Side once again but it could also simply be frustration on Ezra’s part as Kanan feels exactly the same though is better able to contextualise his feelings on the matter.

Ultimately Mon Mothma is in charge so her strategy is what becomes the overall plan. This plan involves making reference to Star Trek (2009) by skydiving onto a communications dish and deploying tech that allows the Rebels to sneak around easily while the Empire operates. It’s neither explosive or decisive as is pointed out by everyone on the mission. Hera is among those spoiling for some payback after her squadron are ambushed resulting in only a handful of survivors making it back to base. She wants to avenge those that were lost and bugging a communications relay doesn’t really get the job done. 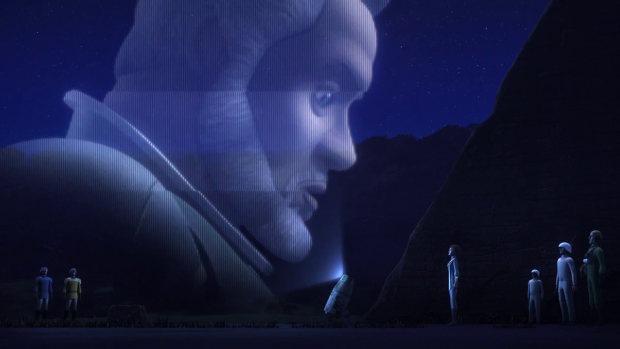 As luck would have it Ezra and Sabine are spotted which changes the plan considerably. They do what they do best and come up with an alternative plan on the fly which involves doing damage to the relay. Saw Gerrera shows up packing bigger bombs that can destroy the station with ease. The action is somewhat predictable but entertaining enough and it’s good to see Saw Gerrera in action as a resistance fighter looking to give the enemy a figurative bloody nose.

The episode boasts some brilliantly handled action beats such as the skydiving sequence and Kanan acting as a guide for Hera to pilot through the clouds in order to evade the attackers. The latter was really tense and highlights the bond between these two characters having evolved over a long time.

My only real criticism of this episode is how easy it was to destroy the dish. The original plan fails and the team come up against overwhelming odds but they escape unscathed and don’t seem to have much trouble with it despite how heavily guarded and strategically important the dish is supposed to be. The effort needed to destroy it doesn’t really match the importance of the equipment. It’s a very small criticism as the team still come across well though the Empire are once again characterised like idiots to move the plot forward. 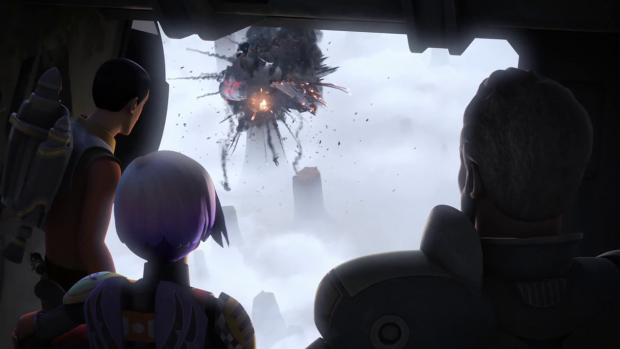 Not exactly according to plan

An excellent episode that explores the differences in approach when mounting a Rebellion against something as large as the Empire. Mon Mothma and Saw Gerrera embody the two sides of the argument and they both have merit though the characters are in a position to feel like Saw Gerrera’s methods are warranted right now as they all have reason to want immediate revenge. The mission that Mon Mothma sends them on ends up being a little of both when things don’t work out as planned.

The episode boasts some great set piece moments such as the skydiving sequence and a tense blind chase through the clouds where Kanan serves as the guide. It’s very impressive and highlights the strengths of the characters. The only issue with the episode is how easy the mission seemed; the resistance from the Empire didn’t seem to match the perceived importance of the target which made it feel like the Rebels got away a little too easily.