This season of Supergirl has been at its best when exploring the relationships between the characters. Katie McGrath has been a great addition to the cast as Lena Luthor and her friendship with Kara has been one of the high points of the season in general. Unfortunately Lena has been absent much of the time and her purpose on the show remains a mystery. 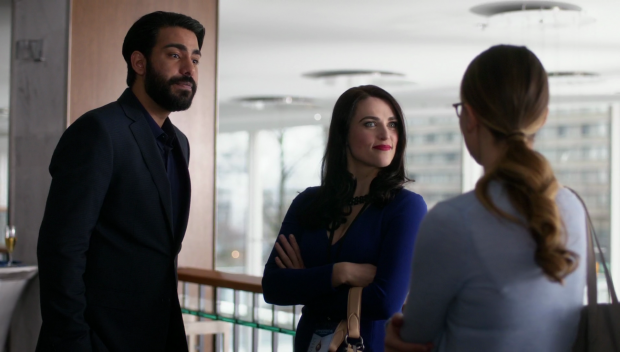 Lena catches up with an old flame

A little mystery is a good thing and Lena certainly qualifies as an enigmatic character. Katie McGrath plays her with a lot of kindness and decency while also hiding a cold streak. Her potential to be a villain in the same way that her brother, Lex famously is has been at the root of every story she has appeared in and it’s always compelling.

So far the approach has been to constantly test Lena with scenarios that could have her make a choice that would paint her as the villain and have her make the right choice. So far she has done the right thing every single time so I’m wondering why the writers are continuing to hint that she could turn out to be a villain. As far as I’m concerned that has been resolved and I don’t have any doubts about where she falls on the good/bad spectrum.

To this episode’s credit it largely avoids doing this again as the initial story is about Lena’s relationship with her ex, Jack Spheer aka Biomax (Rahul Kohli) . We learn everything we need to know through dialogue and we know that their breakup is a sore spot for her. It’s pretty standard stuff as far as setup goes but that doesn’t necessarily make it bad.

This episode is at its best when Rahul Kohli and Katie McGrath are allowed to share scenes together. They have really natural chemistry and it definitely comes across that they have a history. Both performances suggest that there is plenty going unsaid and it’s clear that they were once very close. Subtext is rare in a CW show when it comes to relationships so it’s great to see this come through so well. 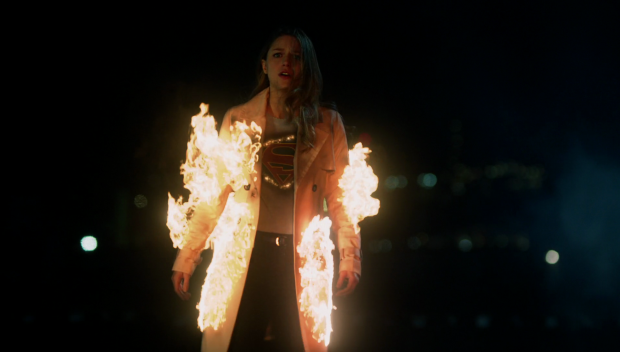 The strong performances of the actors allows Lena’s choice to kill Jack in order to save Supergirl to have the necessary weight. We know that they’re close and that it’s an impossible position for Lena. It’s a snap decision but ultimately one of the few choices she has. This also lays some groundwork for Lena to perhaps resent Supergirl in the future.

Unfortunately, Jack is a very thin character who has very little outside his connection to Lena. Rahul Kohli’s performance elevates the material massively but not enough to overcome the obvious shortcomings. The bait and switch involving his potential role as a villain works well enough but the character isn’t strong enough to be invested in the outcome either way. It doesn’t help that the actual villain is only in one scene prior to the reveal so the whole thing doesn’t really land.

The real purpose of this episode is to deal with Kara’s unemployment situation. Her work getting to the bottom of the murders is enough to impress Snapper Carr into letting her have her job back. It seemed pretty likely that this would happen when she was fired but I have to wonder what the point of it all was. Her being fired made sense and it suggests that journalism isn’t really for her. It doesn’t make sense for her to continue doing this and it brings back one of the weakest aspects of the show. It could get stronger now that she –in theory- has a better idea of what her responsibilities as a reporter are but based on this episode I’m not optimistic. Snapper Carr isn’t a good character and I find the back and forth between them to be really tedious. The show needs to find the balance between Kara’s life as Supergirl and as a reporter but it’s a long way from getting there.

This plot did allow Kara to share some screen time with Lena which is always great to watch. Kara is faced with the difficult task of telling Lena that Jack is behind the murders. It’s clear that it’s difficult for her but Kara doesn’t hesitate which says a lot about how respectful she is. Other shows might have strung this out but Kara goes straight to the truth and brings proof with her to get rid of the inevitable disbelief that follows. Lena also shows her enough respect by not asking her to conceal the truth. She does ask for time to approach Jack first but doesn’t ask Kara to keep what she knows to herself. This shows how strong their friendship is and it’s a strong interaction. 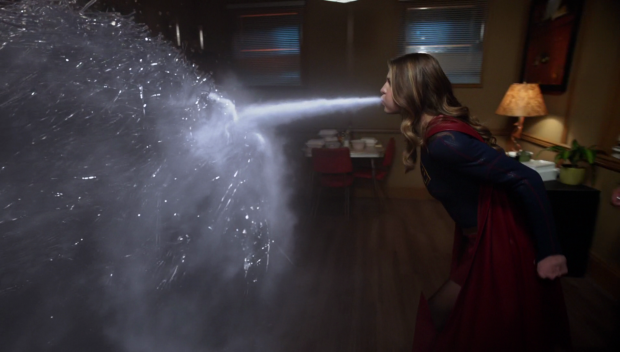 I liked how the action was handled. Biomax aka Jack wasn’t the best developed villain but there was a tragic edge to him that came through to some degree. He is notable because he represents a different sort of threat for Kara. It’s a physical one but very different to what we’ve seen before. Kara is easily overwhelmed by the small attackers and is mostly on the defensive. The final action sequence was a little all over the place but an earlier scene where Kara froze the nanobots was really impressive.

Unfortunately this episode gives a lot of time to James as Guardian. No matter how much screen time this is given it just doesn’t work because it makes no sense for James to be in this position. It’s even worse here when Lyra wants to join in the crime fighting for some reason. This plays out really predictably when she goes too far when attacking a criminal and is benched for being too dangerous. The argument she has with Winn is painful to watch for all the wrong reasons and it comes to a predictable end point of her being allowed to try again. It’s dull and these are all characters who could be used better.

One thing that really hasn’t worked this season is setting up a major threat. Nothing really lingers for too long and we’re now a handful of episodes away with the finale with nothing being built up to. The potential for a Rhea/Lena alliance is interesting but I’m pretty sure Lena won’t want any part of it so just what is the endgame for season 2?

A fairly dull episode that focuses on the worst aspects of the show. Kara getting her job back by proving that she understands her responsibilities as a journalist doesn’t work because it undermines her being fired in the first place. It feels as if there are no stakes and the Snapper Carr character is somewhat infuriating. Maybe her double life will be handled better in the coming episode but I can’t see that happening. Kara’s friendship with Lena definitely comes through well at least with a mutual respect between them and really natural interactions.

Lena and Jack’s interactions are good to watch as well. Jack is thinly characterised but Rahul Kohli has great chemistry with Katie McGrath which implies the history between them. It may not be there in the writing but the acting does a great job. This gives Lena’s decision to kill him to save Supergirl weight as we know how close they were. The bait and switch reveal that Jack actually wasn’t the villain works well enough but the pay-off is weak because the real culprit isn’t developed at all. Biomax provides some compelling action as well with a different threat for Supergirl to face. The focus on James as Guardian is as limp as usual and the addition of Lyra into this plot is completely uninteresting. I’m also not getting a sense of what the endgame for season 2 is at this point and the finale is fast approaching. 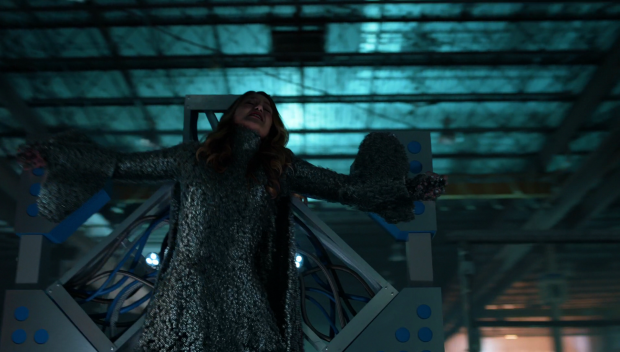