Supergirl has always placed a heavy importance on its interpersonal relationships, and this episode is almost entirely focused on that aspect, be it current relationships moving forwards or past ones being given new perspectives. In keeping with its title, the episode deals with lines between morality, and like the godawful and disgustingly misogynistic song that has forever tainted the phrase, the perception of what is and isn’t acceptable comes into question. 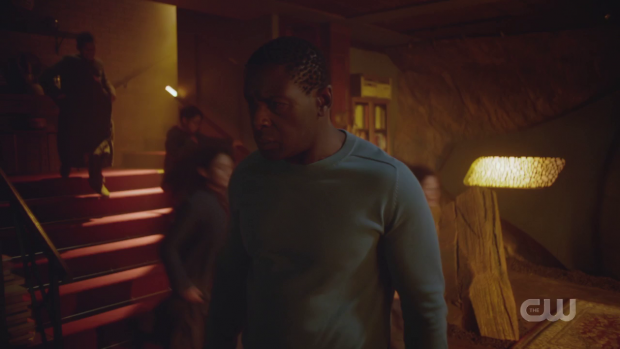 Looking into the past

Concerned that Kelly’s work at Obsidian Tech won’t be enough to restore him, J’onn turn to Nia to use her dream powers to help him unlock his lost memories. Here we get the backstory of Malefic, revealing his inability to connect to the hive mind, and that his power of inception (essentially mind control) wasn’t something engineered into him by the White Martians, but rather an ability with which he was born. With the importance that Green Martian society places on mental connection and memory, he would likely have felt like an outcast for his entire life. Then, as is subsequently revealed, to spend most of his life locked in a room for what he is told is his own good, it’s actually pretty understandable that he felt betrayed and turned against the people who spurned him. That J’onn can not only immediately empathise with what his brother had felt despite knowing what he had done, but also understand how that led to his betrayal shows the level of compassion he can still call on. After discovering he was the one responsible for erasing Malefic from the minds of his entire people, you can imagine the depths of shame it must make him feel, aided by David Harewood’s ability to convey a range of emotion with little more than a furrowed brow and a middle-distance stare, and so getting Nia to promise to not tell anyone is quite understandable. But since secrets have a frustrating habit of being revealed at the worst of times, you don’t need the power of precognitive dreams to predict this will not end well.

Running in parallel to this is Lena’s research into Q-waves and her determination to remove deception from the human race for the betterment of the world. Lena’s plan needs consultation with Lex’s journals to unlock the secrets of the hidden wavelengths (I’m not even going to start on how incredibly basic is the scientific inaccuracy of such a description), and she begins reaping the benefits of having Supergirl as a friend by manipulating Kara into offering to steal them from where they are being held under military security. To the viewer it might seem like she’s laying on her sorrow a bit thick, but all Kara sees is a friend whose suffering she can help ease, albeit by illegal means. Even with Lena’s intelligence it might have appeared a little too easy for her to get Kara to doing her bidding by thinking it was her own idea, but Kara’s judgement is still clouded by her guilt over lying to Lena for so long, and with that comes a desire to do all she can to help her, as a friend would.

When processing Lena’s anger towards Kara, it’s important to remember that she isn’t just reacting against being lied to about Kara’s identity as Supergirl, but her perception of that deception being symptomatic of the hurt and betrayal she has experienced throughout her entire life, and by removing such a potential from people she believes she will be sparing others that same emotional suffering. We’ve already seen Lena’s ruthlessness in research into something she believes will be for the benefit of humanity, when her experimentation with Harun-El (the Black Kryptonite) led to the death of one of her test subjects, so the moral quandary of essentially removing an aspect of free will is something she will be able to overlook, at least for now. 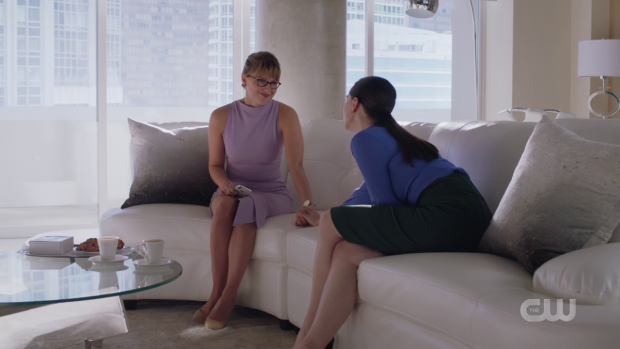 Also in Lena’s lab is Hope newly inhabiting the mind of Eve and attempting to act more like the human whose form she (insofar as an AI can be assigned a binary biological gender) now controls. When she states she re-evaluated the possibility of retrieving Lex’s journals, a look flits across her face that suggests she might not be being entirely truthful, and is making a judgement call that Lena having access to Q-wave technology would end badly, and decided to not help her attain it. It’s a small moment that goes unexplored, but if correct it would suggest that Hope is expanding beyond the parameters of her initial creation and becoming something other than what Lena intended her to be. We’ll find out in the future whether this is due to Hope evolving due to the biological form in which she has been placed or a result of her starting to merge with the areas of Eve’s brain she was not intended to become part of and corrupting her original programming, but whatever it might be it has the potential for some interesting development.

Malefic’s power of inception, mind control in all but name, and Lena’s determination to alter humanity to be different but better will most probably be developed in parallel as two sides of the same coin, both making people act against their natures but one unabashedly malevolent while the other perceived as altruistic by its developer. With two entirely separate characters both having actions themed around the same morally dubious issue, it’s highly probable that even if Lena and Malefic don’t actually encounter each other, the topic of their plotlines will ultimately interlink.

There was the danger of Kelly sticking around to simply be Alex’s love interest, but she is proving her worth in the narrative independent of their relationship through her work at Obsidian Tech, here unwittingly helping a disguised Malefic (this time played by surprise guest star Sean Astin) unlock his inception powers, while at the same time equally accidentally giving herself the ability to perceive him in his shapeshifted form. Her thus becoming a target was a perfectly reasonable reason for her to go into hiding accompanied by James for safety, but is an ability that could later prove useful. The departure of James wasn’t entirely unexpected given the news earlier this year that Mehcad Brooks was leaving the show, although Kelly going with him was more of a surprise given that Azie Tesfai was promoted to a series regular, so we can presumably expect to see more of her in future. It might be for the best in the short term, as the growing size of the show’s ensemble was becoming a little unwieldy and seemingly becoming a challenge to allow enough screen time to each of them. 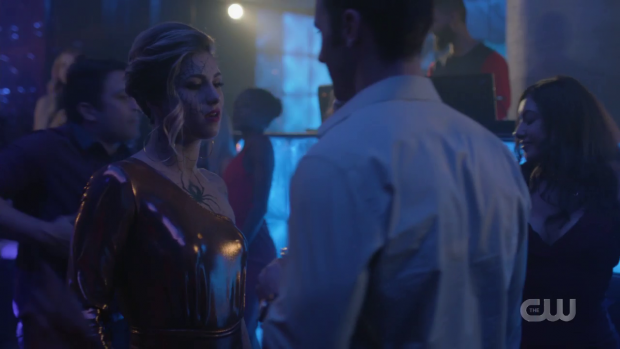 After the Nia/Brainy relationship had become a welcome example of one that was more or less functional and unlike so many other Arrowverse couplings was free of angst, having things come to a head over his obsessive recitation of poetry dedicated to her and leaving things at a point where Brainy walks out on Nia to process his thoughts was a huge disappointment. In particular, since Nia telling him to ease off on the intensity of a single focus is exactly the same reaction she eventually had to being inundated with food in last week’s episode, so for him to have so different and extreme a reaction makes little sense, and just seems like an attempt to manufacture drama where none needed to exist, nor was even welcome.

Amidst the emotional development, relationship issues and series arc progression is a fairly standard villain of the week plot, involving a spider-like parasitic alien organism in the body of a special ops soldier assassinating people at the behest of someone unidentified and for reasons that went unexplained aside from a tacit link of the targets being doctors. Right as she became completely human again due to a usefully specific suction gun to remove the extraterrestrial arachnids and would then presumably have been able to provide some answers, a shadowy blur leaves a knife in her heart and vanishes without a trace. No potential answers were forthcoming, and although comics fans will likely have an idea of what happened, as this is yet to be alluded to I’ll avoid any potential spoilers.

In the world of Kara’s day job, Andrea’s determination to turn CatCo into BuzzFeed steamrolls on, backed up by William and his smugly punchable face serving little purpose other than to agree with everything that Andrea says. It’s also made clearer that he’s up to something shady with some dangerous people, which will doubtless come into play in future episodes, but for now he remains an irritation and a distraction. Things usually circle back in some way to the efforts of team Supergirl, so whoever he is involved with (and whether or nor they are Leviathan) should come into full play by the time the crossover begins. 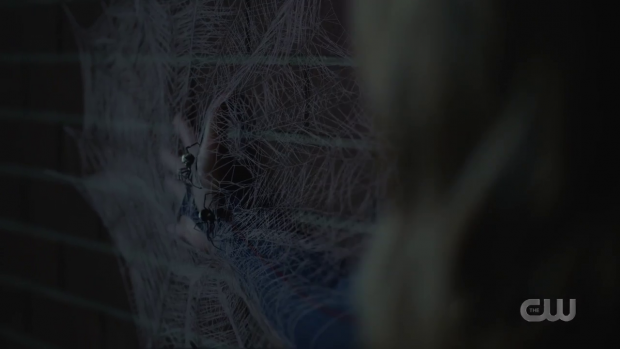 Another episode heavily focused on relationships manages to equally balance the development of all those featured. The relationships we relied on for consistency and lack of angst – Nia/Brainy and Alex/Kelly – have both now been throw into instability, removing what made them stand out amongst most Arrowverse pairings. Although Lena and Malefic’s actions are questionable, it’s understandable why they have chosen to undertake them, the episode fully embracing the theme of dubious morality it sets out to explore.