“Mxy In the Middle”

Supergirl deals with Fifth Dimensional trouble when Nyxly makes her move as Lena looks into her birth mother to deal with her unresolved issues.

After three episodes centred on social/political issues we were probably due for something more action driven. Nyxly has been well built as a credible threat ever since she was introduced and not relegating her to a single episode defeat once she made her presence felt capitalises on that potential by making the build-up meaningful. Whether she has the potential to be the central antagonist for the remainder of the final season remains to be seen but she works very well for now. 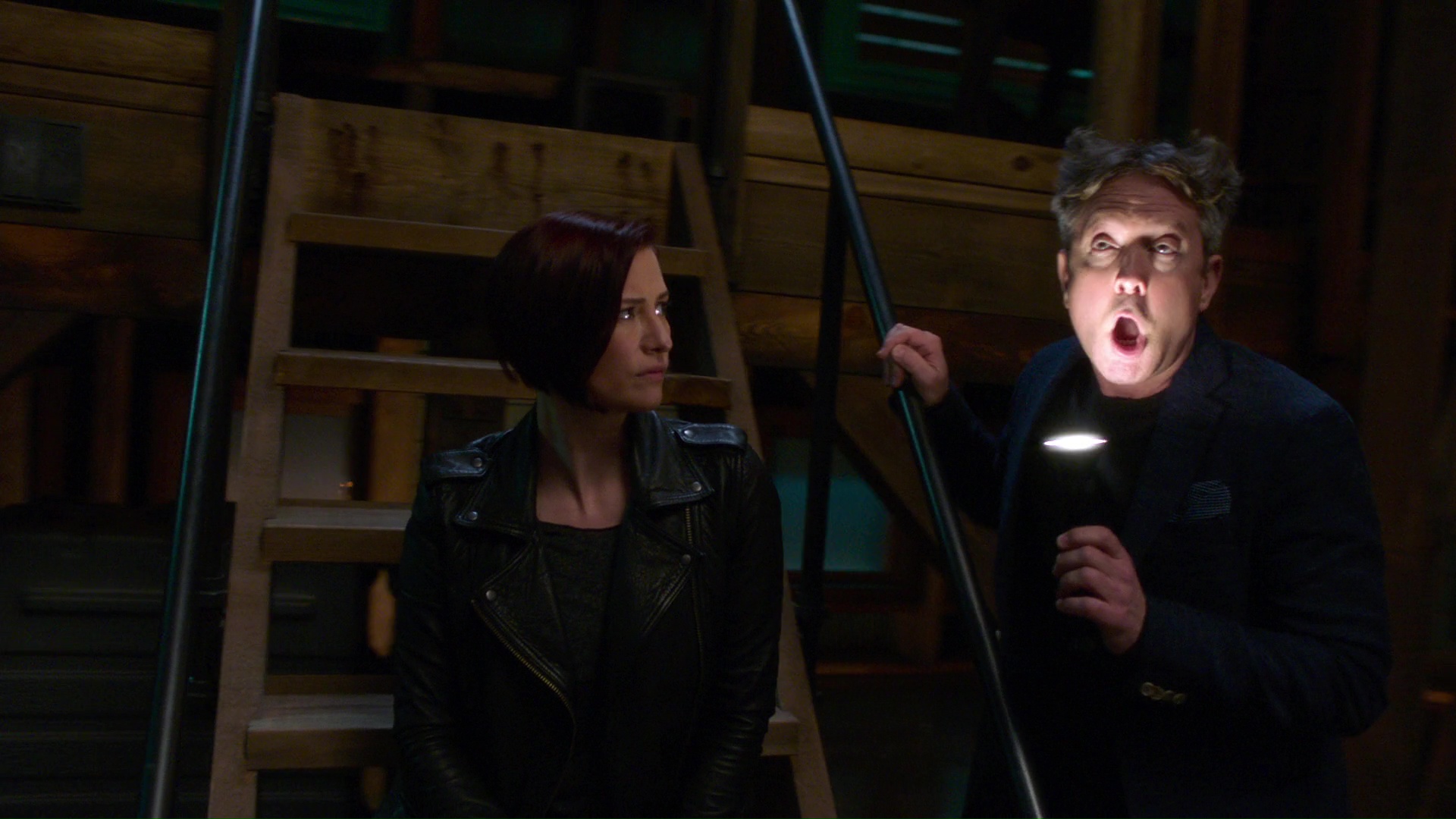 This episode contains a reminder -through song no less- of Nyxly’s backstory which reinforces that it’s a sympathetic one in a lot of ways. It doesn’t excuse her behaviour in the present day but it provides an understanding of what motivates her which gives her depth as an antagonist. It also suggests that she’s someone who can be reasoned with because on a fundamental level she is a victim who was unfairly treated by an abusive father who favoured her brother over her. It’s a quick tip of the hat to this show frequently creating complex female characters both in the hero and antagonist slot. Nyxly isn’t a simple obstacle to be overcome; she’s someone in pain with issues to work through.

Her plan involves assembling a collection of plot devices in order to grant her functionally unlimited power which is a bit bland and typical as stories go. There’s a quest to find scattered items and when they’re assembled the villain will become unstoppable. It has been done many times before and this won’t be the last example of it. Thankfully the actual plot isn’t the focus though there’s a lot of logic leaps and nonsense technobabble associated with Team Supergirl’s counter moves. It’s what is expected at this point and doesn’t detract from the meaningful character work but at the same time it’s impossible to invest in a plot where characters are delivering meaningless dialogue by way of a solution. At least Nyxly’s objective is clear, the stakes are laid out and Team Supergirl are on task.

The addition of Mxy is very welcome. Recasting him for the 100th episode really paid off and having him back for this one works well. He’s over the top without being annoying, unpredictable without getting in the way and a meaningful presence throughout. The events of the 100th episode endeared Mxy to Kara and now she’s inclined to trust him. He is saddled with the brunt of the exposition and takes the form of Nyxly’s objective. Fortunately he supplies more than enough personality to be a meaningful presence within the episode itself so his transparent plot function doesn’t feel overly convenient. 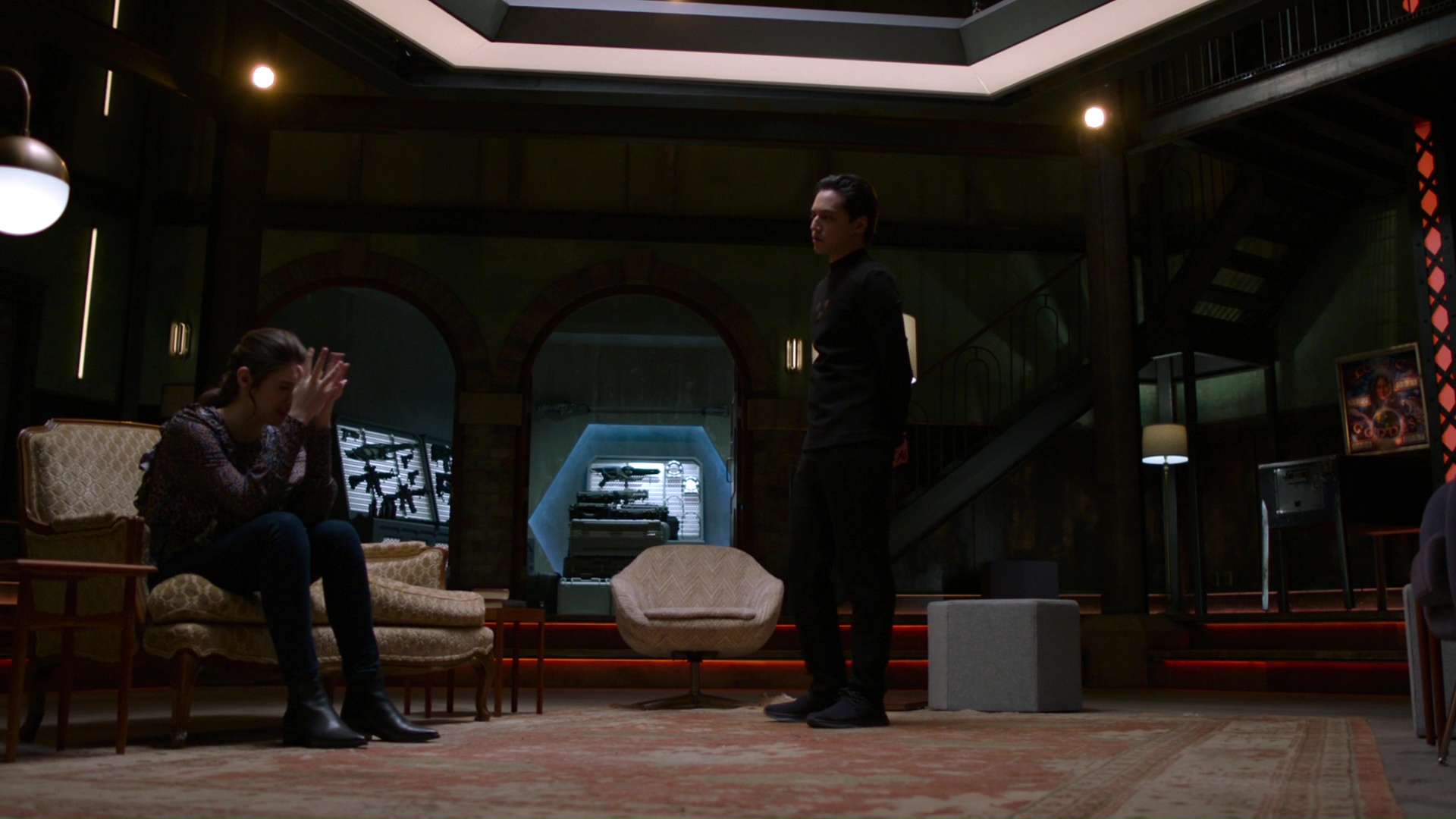 This episode has a lot of fun with the Fifth Dimensional Imp powers. The giant cat Team Supergirl have to deal with was great along with Kara using her heat vision like a laser pointer to distract it. Historically this show manages to pull off creative touches with the action and this is one of the better examples of that. None of it devalues Nyxly as a threat either because it’s still very apparent that she is incredibly powerful even if she chooses to use it in mischievous ways. Peta Sargeant plays a near perfect blend of unhinged and playful which makes her a really compelling presence particularly when it comes to playing her up as a threat. Kara’s attempt to reason with her using one of her trademark empathetic speeches failing underscores how committed Nyxly is to achieving her goal and how fixated she is on revenge. Kara’s words encouraging Nia to rally the team with a speech was another great addition.

Nia’s guilt over the part she played in freeing Nyxly is a predictable yet compelling arc for her to follow. Her guilt weighs heavily on her as it has done on other occasions in the past but there’s a slight twist here that highlights her growth. She opens up to Brainy easily once he reminds her of their shared promise to not keep secrets from one another which leads to an excellent interaction where Brainy points out that he understands how it feels to have been manipulated by a villain and encourages her not to be too hard on herself as none of the team are perfect. Nia doesn’t immediately gain the confidence required to confess her mistake to Kara but eventually does the right thing and the conversation goes as expected with Kara understanding why Nia would be manipulated into doing what Nyxly wanted. One mistake doesn’t mean Nia is ousted from the team and Kara is willing to have them all pull together to deal with the consequences. Nia wants to make up for what she did and that’s enough for Kara. It plays out as expected but that doesn’t diminish the power of the moment itself and the further showcase of the bond of friendship that exists between these characters. The tough love approach adopted by Nia’s mother in the previous episode seems to have done her good as she’s far more confident with her powers. Instead of fearing them she is embracing them and is more eager to put them to use. There is more to be done in regards to her sister but for now there is definite progression for Nia that is being used well.

Lena’s quest to find out more about her birth mother takes an interesting turn when she learns that she’s descended from a Witch. This is definitely not a development I saw coming but it’s far from unwelcome and presents some strong content that develops Lena. Putting aside the Witches and magic it’s very much a story about uncovering family truths, sifting through erroneous accounts and understanding where you came from. Lena has always had a lot of unanswered questions that she once compartmentalised in order to ignore them but now she’s facing up to what’s missing and using that to make her better. 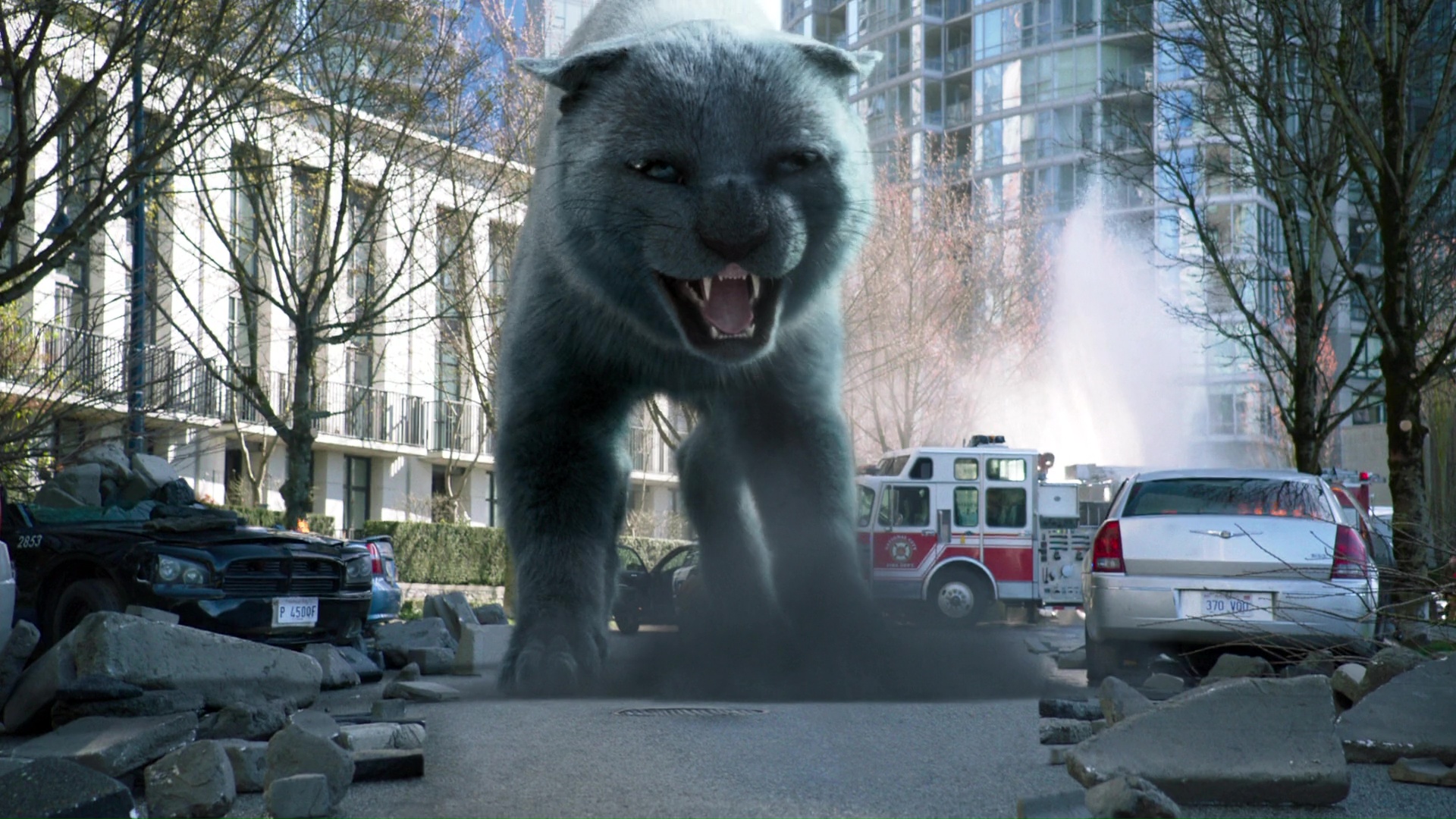 Her initial impression of her mother is a discouraging one as she is noted as a murder with the citizens of Fortune Bay being less than willing to accept someone associated with her. Andrea encourages Lena to look deeper into it and find out the truth which leads her to discover that her mother was part of a coven. A trio of Witches -including her mother- collaborated to threaten one of their abusive husbands and accidentally killed him. This caused them to go off in different directions with Lena’s mother fleeing to the US and shacking up with Lionel Luthor. It’s a very strange twist and it’s very much the beginning of Lena’s journey of self discovery but it’s fascinating so far. A woman of science coming to learn that she is of magical descent offers an immediately strong contrast between the facts and figures Lena has devoted her life to understanding and the more nebulous ruleset that governs magic. What form that will take remains to be seen but there’s a lot to work with as Lena comes to terms with this unexpected fact of her heritage.

The use of Andrea as Lena’s friend and peer rather than Kara’s boss makes for a refreshing change over the recent episodes. The Lena and Andrea friendship has always been interesting with their confrontational dynamic naturally giving way to mutual respect as well as a genuine bond. They found each other because of their loneliness and it isn’t a bond easily broken. Outside of Kara, Andrea is the only character who can approach Lena on a visceral level and make her consider a situation differently. Because of her status and how intimidating she can be few people would feel comfortable crossing Lena but Andrea knows her in ways that others don’t so is well placed to challenge her in her own way. 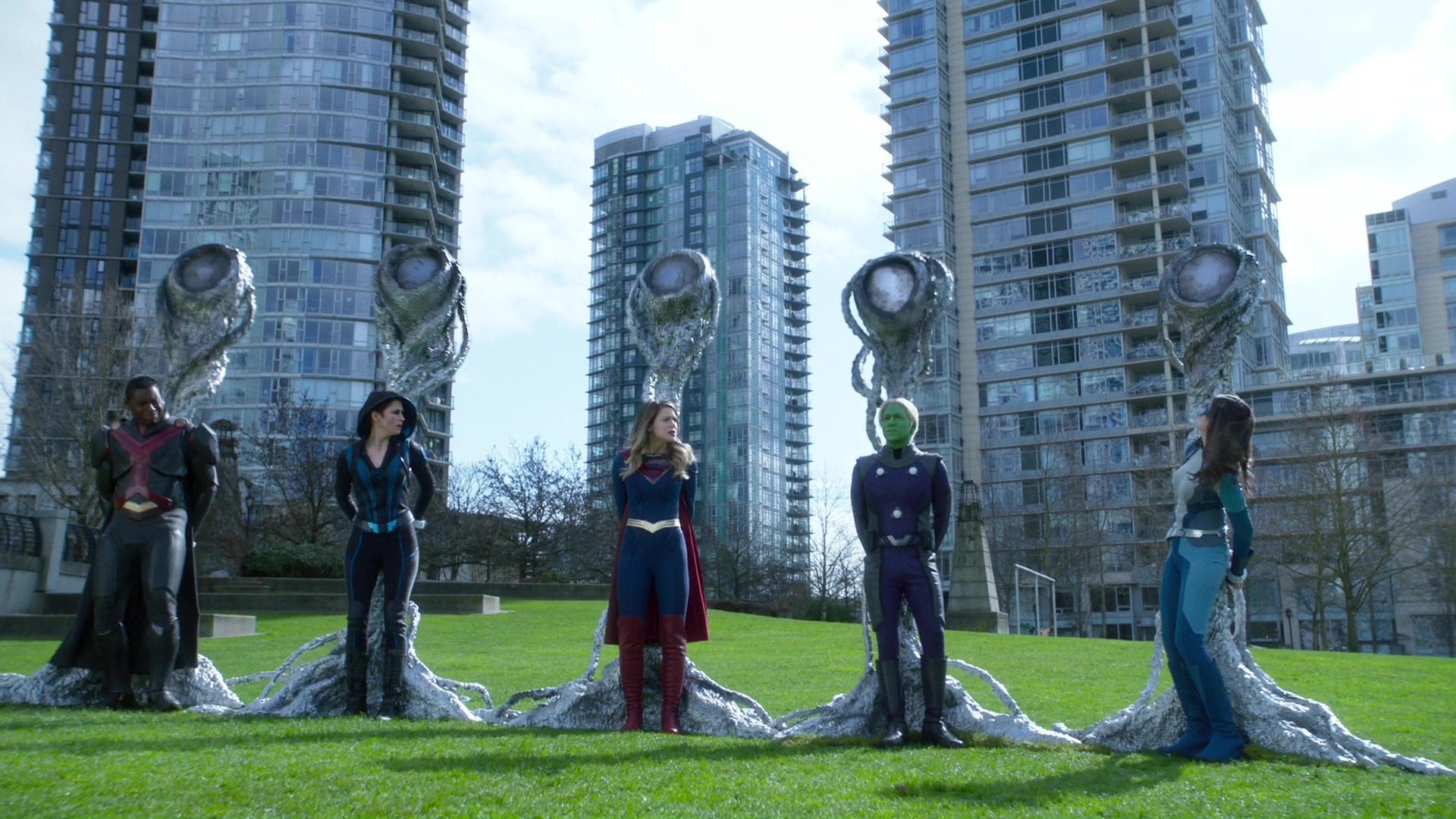 A strong episode that has excellent characterisation, creative action and has fun with what is on offer. Nyxly remains a compelling antagonist with a timely musical reminder of her motivation and backstory to highlight that her background is sympathetic. It doesn’t forgive her present day behaviour but it provides depth and suggests her as someone who can be reasoned with. Peta Sargeant plays a near perfect blend of unhinged and playful which makes her a compelling presence who is believably mischievous when challenging Team Supergirl. Conjuring a giant cat that Kara uses her heat vision to distract in the same way a laser pointer would be used to distract a normal size cat is another great example of creative set piece moments. Mxy is an equally fun presence who transcends his plot function by being so memorable and engaging. The whole plot around the plot devices that grant a villain unlimited power is less than interesting but it doesn’t get in the way of the strong character work on display. Nia’s guilt over freeing Nyxly takes her through a predictable but engaging arc. First she talks to Brainy who points out he knows how it feels to have been fooled by a villain and that she shouldn’t be so hard on herself. It’s a great moment that makes excellent use of their relationship. Eventually she confesses to Kara who understands and knows that Nia wants to make up for her mistakes. It’s an interaction that highlights how strong their friendship is as well as how supportive Team Supergirl is as a unit. Nia is also far less afraid of her powers and eager to embrace them which shows real growth from her.

Lena’s quest to find out more about her birth mother heads in unexpected directions. First she learns that her mother was a murderer and then after doing more digging learns that she was part of a Witches coven where she and two other Witches accidentally killed someone. There’s a lot to unpack from this such as Lena facing up to the truth of her history instead of compartmentalising it and finding out more information before leaping to conclusions. The reveal that she is descended from a Witch wasn’t something I would have predicted but it offers an immediately strong contrast between her focus on science and the ruleset that governs magic. This is very much the beginning of that journey but it’s fascinating so far. Andrea being used as Lena’s friend instead of Kara’s voice makes for a refreshing change and allows for a further showcase of the strong connection that exists between them. Andrea is unique in the way she can challenge Lena and this is used well here.