Supernatural goes back to the tried and tested formula when Sam and Dean decide to go on a good old fashioned Ghost Hunt.

Much of this episode could be placed pretty much anywhere in the 13 seasons of this show. This isn’t a bad thing as many long running shows have an agreed standard that they return to now and again. The trick is to have these episodes and not make them filler which Supernatural has been guilty of doing in the past. 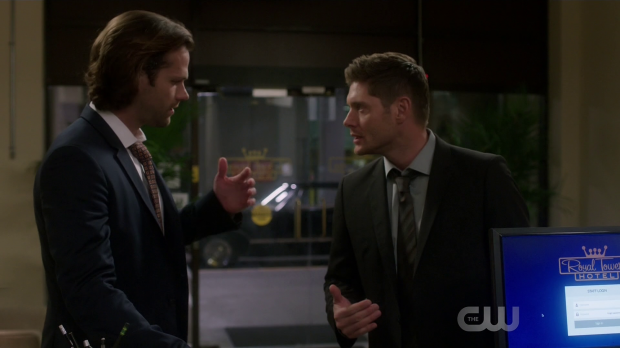 The plot itself is somewhat standard; Sam and Dean investigate a series of mysterious killings, learn what did it and deal with the problem. It’s striking how quickly this is figured out from the quick interviews to the instant spiking EMF readings and the swift appearance of the Ghost. The writers clearly know that they can’t get away with a prolonged investigation for a standard case any more so don’t even try. It’s easy to see how the investigation aspect could be stretched out to fill more time in an earlier season but this doesn’t happen here though I do think it moves a little too quickly.

Despite it being a fairly standard Ghost Hunt there are some flourishes that make it stand out. The Ghost itself is very memorable on a visual level with the plague mask and drill. Some dialogue is devoted to defining the back story but not too much because it’s not necessary. For the purposes of this episode the visual is enough and the rest more or less falls into place.

Other things that stand out are the impressive “found footage” style opening and a nicely shot victim flashback that suggested an other worldly quality to the experience. It’s good that this show can still do creative things with the visuals after being on the air so long. 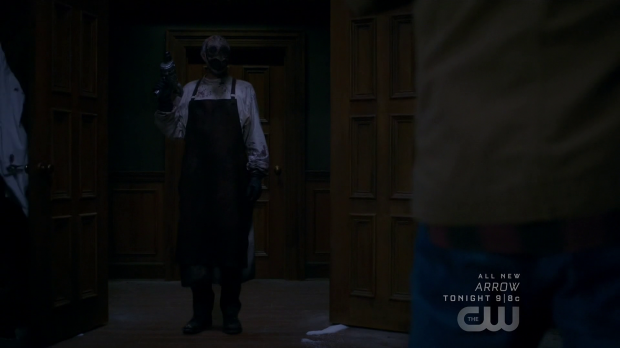 I did wonder how the Ghost was powerful enough to move the salt away from the door as I can’t recall ever seeing that before. Considering this happens at the halfway point I wondered if this was going to establish that something about this particular Ghost was different and reveal that it was possibly because of something Sam and Dean did. It wouldn’t be the first time and it could have been reasonably compelling on its own. Instead it goes unexplained and they don’t really react to it which I find bizarre because it really isn’t all that common.

The defeat of the Ghost with just under half of the episode left to go immediately raises the red flag that something else is about to happen and it turns out that the victims are also restless spirits not quite powerful enough to manifest on the living side of the veil. In order to solve the problem Dean decides to kill himself to find information on where the bodies are so that this problem can be dealt with.

From here the mythology aspect of the episode kicks in and things get really interesting. Previously unknown to Sam and Dean were the rules around Reapers and how they relate to Death. Once Death has been destroyed the next Reaper to die is promoted into the position which means that Billie takes the job since he was killed by Cas back in “First Blood“. Introducing new pieces of mythology is often a good thing and it works well here as it allows Sam and Dean to have access to beings of cosmic significance once again but in a slightly different way. Dean’s pre-existing relationship with Billie comes into play here and makes their scenes together more impactful than they otherwise would have been. 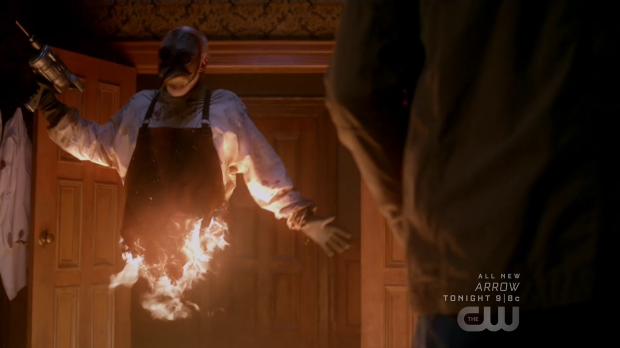 Essentially their interactions exist to establish the new piece of the mythology but also summarise everything that has led to this point. Billie wants to know about the alternate universe created around the time of Jack’s birth and Dean fills her in on that. It’s a good catch up on everything that has been going on and adds another group interested in Jack and what he represents.

Billie as a character is allowed to return which is fine by me but she also develops as a result of this. Gone is her vendetta against the Winchesters since her new position gives her a view of the bigger picture. She teases that Sam and Dean are important and have more work to do which means that she has to return him to the land of the living. It could be seen as a cop out which it is to some degree but it also suggests that the “bigger picture” requires Sam and Dean to do something important later on. Having them integral to important events is nothing new for this show either but the tease is an interesting one because it potentially makes the Reapers as well as the new Death major players in this season.

If that’s the case then I welcome it as Lisa Berry continues to be really engaging in this role and it’s good that she is able to move Billie on as a character rather than stagnating like some of the characters do as they continue to appear. Billie and Dean still make for an engaging pair when they share scenes with an antagonistic relationship built on some respect. 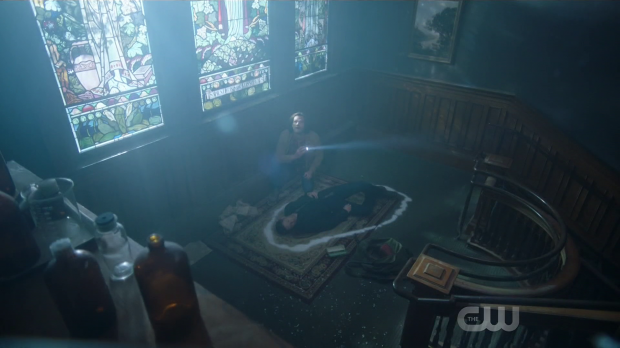 This is very much a Dean centric episode that furthers the idea that he has lost faith in humanity. The banal nature of the case itself mirrors the fact that Dean is very much just going through the motions. Jensen Ackles is still playing him as detached and joyless which really works considering all he has been through and failed to properly process.

As a response to Dean’s funk Sam tries going out of his way to be nice to him. He suggests a back to basics hunt in an attempt to cheer him up, offers him beer for breakfast, gives him an alias that he likes and even suggests going to a strip club. Dean is immediately suspicious but Sam is honest about his intentions and the episode spends a fair bit of time dancing around the fact that Dean refuses to talk to him. Normally Sam’s efforts would be met with ridicule from Dean who would always be keen to make fun of his brother in the name of banter but he comes across as detached even when doing that. His tone is very flat and passionless indicating that there’s just no enthusiasm in him.

This pays off after his experience with Billie when Sam forces him to talk about what happened after he attempts to brush it off. Dean finally opens up and explains that he’s tired of losing people close to him and has simply reached the point where he has lost too many people. Previously he was able to fight on and deal with it but not any more. He specifically mentions that he needs a win which seem to be in short supply lately. Cue a phone call out of the blue and the cliffhanger reveal that Cas is alive. Now that he has got his win this could mean that we start to see a less morbid version of Dean which will be most welcomed. Thankfully his extended depression hasn’t worn out its welcome yet but it eventually will. 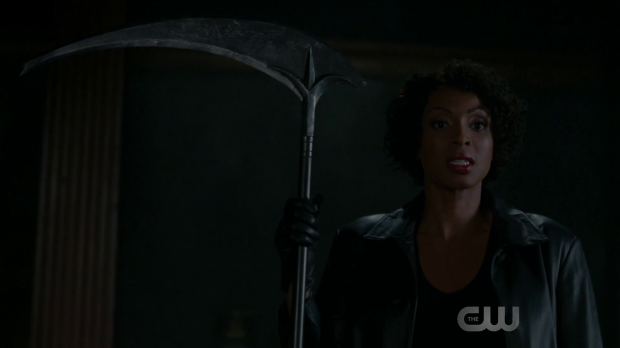 A solid if typical episode of this show that crosses a normal Ghost Hunt with some extra mythology. The Ghost Hunt is treated as something relatively mundane without much attention being given to it though it is memorable on a visual level with the plague mask wearing drill wielding Ghost. Dean’s voluntary trip into the veil is interesting when Billie makes her return and adds some extra detail about how Reapers work in relation to Death. It’s fascinating stuff and great to see Billie again who has such an easy rapport with Dean. The tease of Sam and Dean’s importance in the future as well as the suggestion that the Reapers will be a major player in all of this has a lot of potential.

This episode is very much Dean centric and it’s entertaining to watch Sam go out of his way to be nice to him. It serves as an effective highlight of how detached Dean is and this pays off when he admits that he is in dire need of a win. The reappearance of Cas into their lives delivers exactly that win which could allow Dean to begin healing.