“Keep Calm and Carry On”

Supernatural begins its 12th season by picking up where the season 11 finale left off with the return of Mary Winchester and Sam at the mercy of the British Men of Letters.

In terms of stakes, season 11 was about as high as it can get considering the main villain was God’s sister. How do you raise the threat any higher than that while giving the brothers the chance of survival? 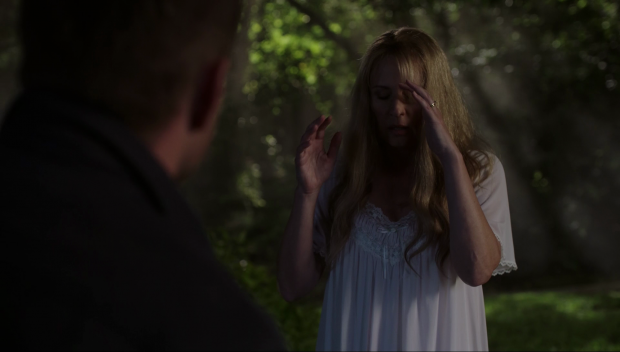 The short answer is that you don’t. This episode proves that the stakes don’t have to be raised in order to feel significant. The threats faced in this episode were much more grounded and reminded us that Supernatural can go small without compromising on drama or tension.

Sam spends the bulk of the episode at the mercy of Toni (Elizabeth Blackmore) who wants to break him through torture. This is something that Sam initially laughs off because he can’t imagine her being able to do worse than Lucifer himself.

Having Sam shrug off the threat of torture might just be a reference to the fact that Supernatural is trying to get us to accept less powerful threats after dealing with Amara. Sam laughs off Toni because he feels that there’s nothing that she can do that will phase him and then he ends up with painful burns on his feet after an encounter with a blow torch. It was a really brutal image and reminds us that despite surviving unimaginable odds, the Winchesters are human beings and subject to human vulnerabilities. Sam doesn’t have direct access to an Angel to bail him out so he’s in mortal danger. With death being put back on the table last season it’s important to remind the audience that the Winchesters can be killed and Sam is punished for his arrogance.

Despite this, I’m having real trouble accepting the UK Men of Letters as a credible threat and the explanation for why we haven’t heard of them before now is flimsy at best. Apparently they are so good at their job that they stop supernatural threats before people even hear about them and now they’re tired of the Winchesters’ public failures. 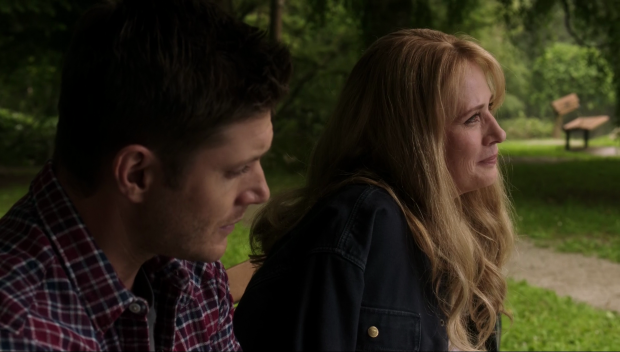 Their reason for torturing Sam is equally flimsy. They want to break him so that he will tell them the location of American hunters so that they can train them to be just as effective as they are. I’m not clear why they would need information from Sam to locate American hunters as they should surely have the resources to find them on their own.

Aside from the physical pain the ordeal really starts to get to Sam; especially when he finds himself alone and hallucinating. The pay-off to this is both a bluff for Toni and the audience as it ends with him seemingly consumed by guilt and slitting his throat. Of course it’s a trick to get Toni to check on him but it’s almost believable given everything he has been through over the years.

The fact that Toni manages to overpower him is another sign that human threats are credible. I don’t think Toni necessarily works as a villain but I also don’t think she’s supposed to be. She has the wrong idea about Sam throughout the episode and I imagine this will be expanded on. She certainly already seems to be questioning her allegiance to the Men of Letters.

Dean has problems of his own as he deals with the return of his mother, Mary (Samantha Smith) who already makes an impression. She initially has no memory of her death but Dean talks her through it and the memory returns. She spends a lot of the episode completely shell shocked which is understandable considering she has missed out on 33 years and learns that she has two adult sons. 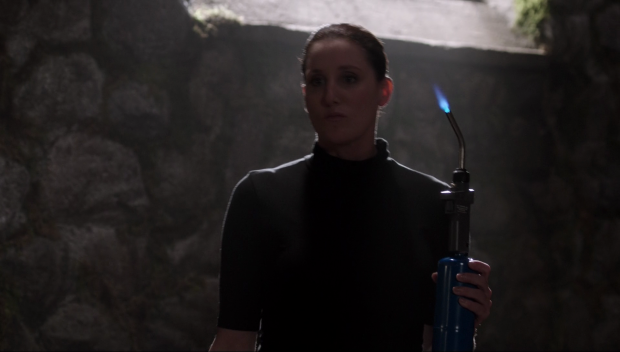 This won’t be pleasant

Samantha Smith does a great job in this episode. She has a natural maternal chemistry with Jensen Ackles and her reaction to being alive 33 years in her future is impressively understated. It’s a subtle performance and makes it feel more real as a result.

Dean’s reaction is a nice contrast as he takes this in his stride. He has experienced so much weirdness that this probably doesn’t even make the top 10 so he calmly does everything he can to catch Mary up on what she has missed while filling her in on the existence of time travel, Angels and other overwhelmingly insane things. It says a lot about how messed up a life Dean has had if this doesn’t phase him.

Mary finds it difficult to accept that her sons are hunters because she turned her back on hunting to raise a family. She is forces to awaken those old habits to save Dean but it’s clear that it’s uncomfortable for her. I like how Dean justified hunting to her by saying that he believes that he and Sam make the world a better place. He even quotes the “saving people, hunting things” slogan that became iconic in the early seasons. 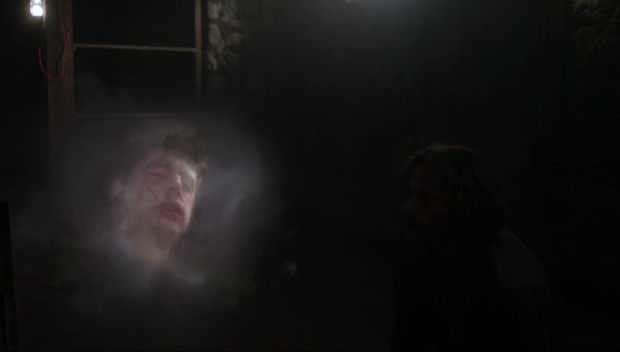 Sam is alone with his guilt

There are some lighter moments as well such as a really effective one where Mary smirks at a memory conjured up by seeing the back seat of the Impala just as Dean realises what she’s thinking. It’s wonderfully acted and would have been spoiled by words.

The dynamic between Mary and Dean is great so far and I’m interested to see where her aversion to hunting will take her. I also look forward to seeing her dynamic with Sam but it was a smart move to give her an entire episode with Dean so maybe she’ll have an episode with only Sam to find out how her relationship with each of her sons differ.

Some elements of the episode don’t really work such as Crowley chasing after Lucifer who is burning out vessel after vessel looking for one that can handle him. It doesn’t really go anywhere and all it gives us Crowley’s standard sarcastic wit.

Another problem the episode has is that it loses momentum fairly early on and never recovers it. Scenes drag on and become repetitive with not a lot of pay-off throughout. It lacks the excitement factor that a season premier should. There’s a lot of potential for development of the things established here but there’s a meandering quality to the episode that drags it down a little. 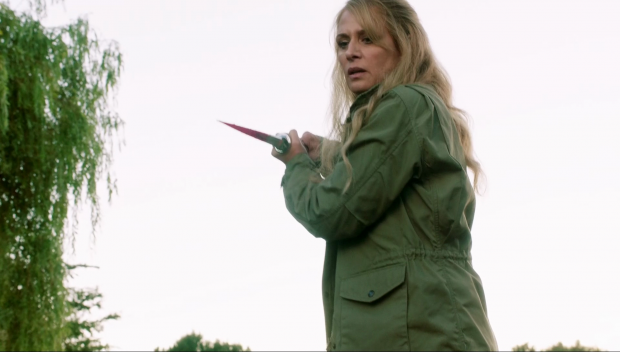 A solid opening episode that suffers from a loss in momentum early on. Sam being tortured by a human is a nice reminder that the stakes don’t all have to be apocalyptic. The return of Mary Winchester is promising so far. Dean and Mary have a great dynamic so far and the contrasting reactions work really well. It’s a shame that scenes drag on and become repetitive as there is a lot of promising stuff here. It isn’t as exciting as a season premier should be that’s for sure.