“Lily Sunder Has Some Regrets”

Supernatural continues with the Nephilim concept when Angels start turning up dead under mysterious circumstances.

It’s clear that Lucifer’s illegitimate lovechild is going to be the major story this season. This episode even teases the fact that the child of an Archangel will be insanely powerful and it could be something to be feared. Of course, TV drama is rarely as simple as that and I imagine we’ll see more complications as the season goes on. 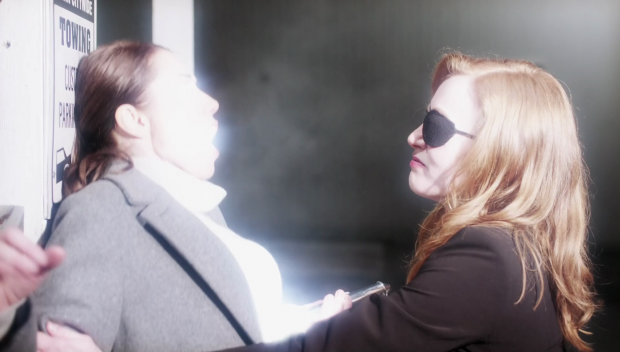 In many ways this feels like a standard case of the week with the only difference being that the supernatural beings are the ones being hunted rather than the other way around. The Angels have been massively de-powered over time but they are still pretty near the top of the scale in terms of power level so the fact that someone or something is picking them off is something worth paying attention to.

It turns out that the culprit is a human named Lily Sunder (Alicia Witt) and she’s on a revenge mission against the Angels who murdered her Angelic lover as well as her daughter. Castiel is tied to this as he was one of the Angels sent to deal with the problem. At the time he thought nothing of it because it was a simple routine mission. In the Bible as well as this show Angels are Warriors who do God’s bidding so this was just something that he was sent to do. He was a good soldier who followed orders and didn’t consider that there could be consequences.

Castiel has slowly become more human as the seasons have gone on and learning about consequences has always been a major thing for him. The major one he has had to deal with is his vessel’s daughter but this is very different. He was ignorant to the fact that his actions could ever come back to bite him and this is a lesson that he has to learn. It connects thematically to him killing Billie last week as that’s another action he took without considering the consequences.

Over the years Cas has developed a sense of empathy that most of the other Angels lack. He can see Lily’s point of view and has nothing but sympathy for what she has had to deal with. Helping her put things right is one way he can think of to atone for his sins but he also accepts that this might not be enough for her. His gesture of offering to not resist should she decide that he deserves to die says a lot about the growth that he’s gone through. This also translates to him being more sympathetic towards Lucifer’s unborn child and questioning his assertion that the child must be killed. 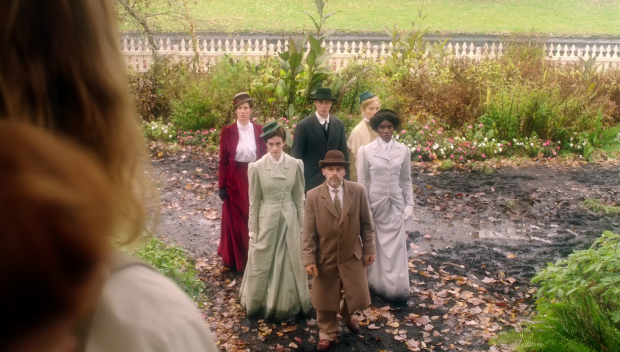 Lily was a really interesting character as her point of view could plainly be seen. The man she loved and her child were killed by a group of Angels who thought that they knew better. That would destroy anyone and she channeled her rage into a very long vendetta involving her using Angel magic to level the playing field. Since the theme of this episode -and season potentially- is consequences that magic is destroying her soul a piece at a time.

She’s a really tragic character as a result of this as shown by her open conversation with Sam who is able to understand how she feels. With everything he has been through a desire for revenge is something he understands all too well and he clearly feels that her reasons are somewhat justified. Lily’s side of the conversation was really moving especially when she talked about the sacrifices she has made. She talks about dreaming about her daughter every night and now she doesn’t dream at all. In effect her daughter is being ripped away from her but Lily thinks that avenging her is more important.

The villain of the piece is Ishim (Ian Tracey), the Angel who physically did the killing. He’s different to Castiel in a really fundamental way because he enjoyed what he did and takes sadistic pleasure in it where Cas simply saw it as another job. The twist here is that Lily’s daughter wasn’t the child of an Angel since she was born before they met so Ishim knowingly murdered an innocent child. It’s unforgivable and he deserves to be punished for this. Ian Tracey is a really good villain though not especially deep. It was clear from his first scene that he was trouble but I had no issues with his ability to play that.

I found the fact that let Castiel deliver the killing blow to be an interesting development. In effect Castiel has been damaged by Ishim’s actions as well so having him deliver the killing blow does have satisfaction attached to it. Lily letting him do it suggests that her vendetta hasn’t completely consumed her and she is content to know that Ishim has been dealt with even if she didn’t do it herself. 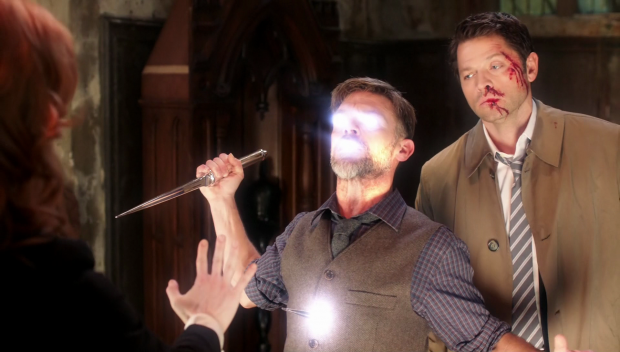 There were some things about this episode that didn’t quite work. Dean giving Cas the silent treatment at the start of the episode didn’t make much sense. Yes there will be consequences to him killing Billie and there definitely should be but the whole scenario was so problematic that I can’t believe the show is dwelling on it. Just what was the plan if Cas hadn’t stepped in? Was Dean ready to die and so married to the idea that he resents Cas from taking it away from him? If so then that hasn’t been established and I wouldn’t be keen for another “Dean has a death wish” plot.

The first half of the episode was fairly slow which is surprising considering how predictable it was. It was easy to tell what way things were going so it was a little frustrating to wait for it to get interesting. More time could have been spent on the more interesting elements such as Lily if the episode had moved more quickly.

A solid episode that explores the theme of consequences in interesting ways. Castiel’s actions in the previous episode had him ignorant to the potential issues that could be caused by this. Having him revisit what would have been a routine mission for him and directly face the consequences of that works well as it forces him to look at things in a new way. Linking this to the story of Lucifer’s lovechild is a nice touch as it forces him to consider that the child may not be deserving of death.

Lily is an interesting character with a tragic edge. Her motivation to hunt down the Angels responsible for killing her lover and child is a strong one and the reveal that her child was a human only adds depth to her sense of loss. Ishim is a compelling villain but the performance doesn’t quite make up for his lack of depth. The whole story was predictable and took too long to get going and Dean giving Cas the silent treatment made no real sense as a follow on from the deal Sam and Dean made last week. 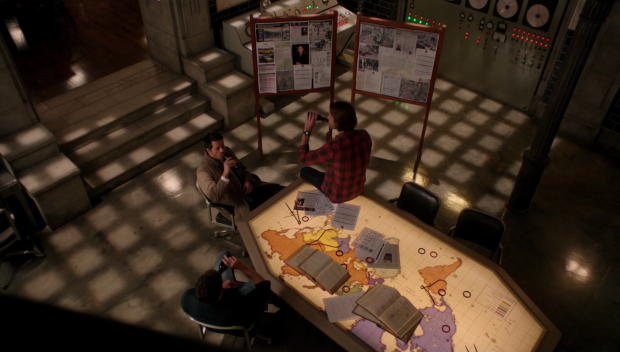