“The One You’ve Been Waiting For”

Supernatural puts Sam and Dean against Adolf Hitler himself when a group of Nazi Necromancers free his soul from a pocket watch.

This show has done some crazy stories in the past and managed to pull them all off for the most part. There was no reason that this one couldn’t have worked as well as Sam and Dean going into the real world and being mistake for the actors who play them for instance. 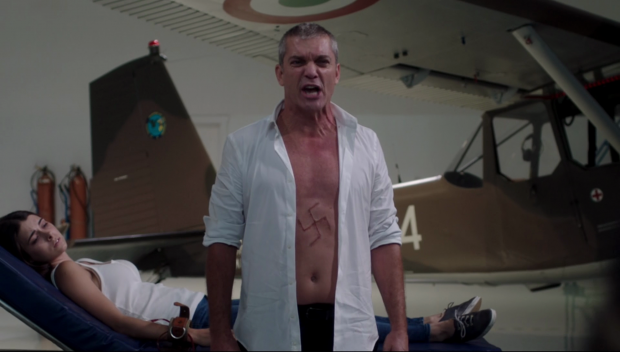 Largely it doesn’t work and I think a lot of it has to do with the tone. An episode like this should never be taken seriously because the premise of freeing Hitler’s soul from a pocket watch is so absurd that the episode should really have played it up as one of the more comedic meta episodes that this show has become known for.

It starts off like a fairly normal episode with a cursed object causing the problem and quickly devolves into a messy tale about Nazi Necromancers and Hitler’s distant relative being needed to complete a ritual to bring the Führer back.

The mastermind behind this plan is an immortal Nazi named Nauhaus (Gil Darnell). He largely comes across as a moustache twiddling villain who seems to be evil for evil’s sake. Very little is done with him other than establish him as a Nazi and devoted follower to Hitler which means that he wants to bring him back. Gil Darnell is fine in the role but there’s almost nothing to him.

There was potential in the relationship he has with his son, Christoph (Keenan Tracy). He is set up as someone who struggles to gain his father’s approval despite making every effort to gain it. It’s a fairly standard “nothing is ever good enough for you” sort of relationship and no attempt is made to add anything extra to it. With a bit more work Christoph and his relationship with his father could have been something that the episode focused on so that the reasons for Christoph ultimately betraying him were made clear. Instead it all seems to happen because the episode needs Sam and Dean to confront Hitler. Christoph appears in just enough scenes to establish that he and his father don’t see eye to eye before the betrayal happens and then he’s forgotten about. Maybe he’ll come back but I’m not in any rush to see him again after this. 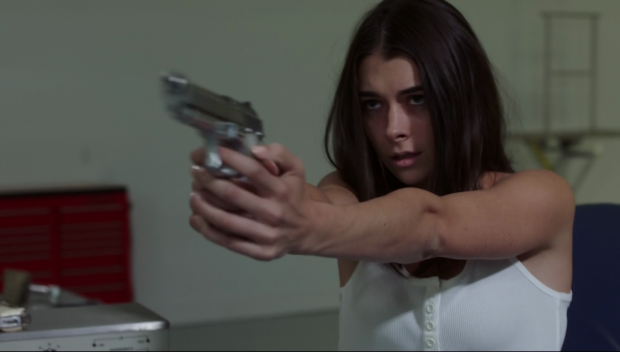 Hitler’s distant relative, Ellie (Allison Paige) was a much more interesting character but wasn’t featured heavily enough. In this episode she learns that she was adopted as well as being related to Hitler but the time isn’t taken to let that sink in. She clearly lacks confidence and is afraid of pursuing a path in life which could have tied into her being in this situation but it feels like an additional fact that doesn’t tie into the overall plot of the episode or build up to anything significant. She finally does something assertive when she shoots one of the Nazis but it doesn’t really feel earned.

There is another attempt from Sam to convince Ellie that her relation to Hitler doesn’t make her evil. He attempts to relate to her through his experience of being groomed to be Lucifer’s vessel. It is quite amusing as it definitely doesn’t work as Ellie simply refuses to believe in Lucifer. There are hints of a more fun episode in here and Ellie does have potential and I dare say she could return in a later episode.

Once Hitler possesses the body of Nauhaus the episode does win some points back for being so completely off the wall. Gil Darnell delivers a really over the top performance that actually defied my expectations of what Hitler’s characterisation would be like. Judging by the reaction of the rest of his followers it looks like they got more than they bargained for as well. It was a really amusing thing to watch and would have been the cherry on top of the pie in a much better episode that embraced how ludicrous all of this was.

Dean being the one to put a bullet through Hitler’s brain provoked a few laughs from me as it was handled in such great Dean fashion. His one liner before pulling the trigger “Heil this!” was perfect and the way he gloats about it constantly after the fact was hilarious. Sam getting fed up of it really quickly was great as well. Jensen Ackles and Jared Padalecki have always nailed the comedy in this show and this is a very good example of that. 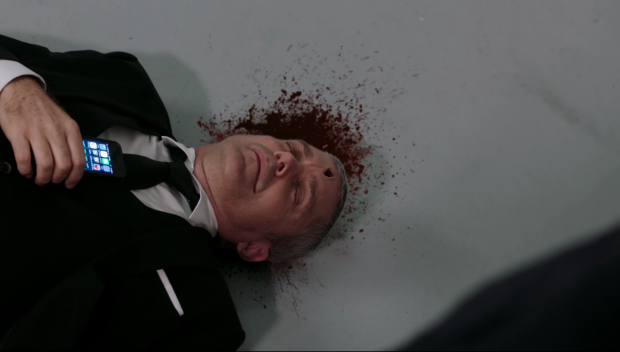 In terms of plot movement there is very little other than a few mentions of Mary still being out there. There is an overall sense that Dean is finally able to smile again after this mission and killing Hitler is exactly what he needed to bring himself out of his funk. Other than that this whole episode was completely disposable which would have been forgiveable if it was a more fun watch than it is.

A disposable and forgettable episode that fails to take advantage of how ludicrous the premise is. The characters brought in to explore this idea are fairly forgettable and there is no real movement on any of the established plots so it all feels like a wasted opportunity. The scenes with Hitler being wonderfully over the top were entertaining and Dean killing Hitler followed by the reaction are a definite highlight. Unfortunately they aren’t enough to save the episode from blandness.