Supernatural slows things down a little to further explore the impact Jack’s presence has on Sam and Dean as well as the wider world at large.

Having the son of Lucifer tagging along with Sam and Dean was always going to be an interesting challenge for the writers. How does this character fit in and what form does his development take? It seems that the approach is to treat him as something of an adopted child for Sam and Dean with each of them having radically different views on parenting. 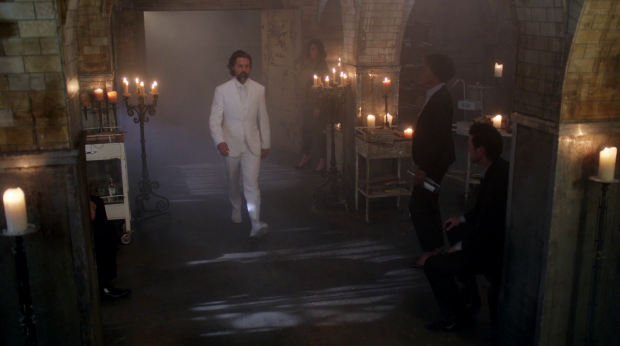 Sam and Dean occupy each side of the nature vs. nurture debate. Sam is on the side of nurture and believe that Jack has the potential to become a force for good. Dean is the opposite and believe that Jack is innately evil with a nature that can’t be battled. Sam’s thinking is easy to understand considering his own bouts with darkness in the past. On each occasion he has come out the other end a better person so he’s inclined to see the best in people and take a more hopeful stance. Dean is in a state of grief so isn’t thinking all that clearly which might explain his dismissive attitude to Jack.

The way this plays out is really interesting. Dean is content to let Sam take the lead in terms of deciding what to do with Jack. He agrees to bring him back to the bunker so that he can only be an immediate danger to them for example. It’s clear that Dean’s tolerance will only go so far and we’re not at that point yet. He also spends the bulk of the episode trying to prove to Sam that Jack is dangerous and should be treated as such. The tattoo scene where a reflex reaction injures the tattoo artist is taken as the first sign and the instantly healing tattoos is taken as another. Sam doesn’t waver in his belief but Dean has all the evidence he needs and I’m curious to see how much he can really take.

Jack shares a lot of the same mannerisms as Castiel which definitely won’t be easy for Dean to see. The way he talks about the reason people endure pain is vintage Cas and Alexander Calvert’s performance is eerily effective at bringing that across. Dean is really shaken by the realisation and the other little nods to Cas’ personality throughout the episode don’t make things any easier. 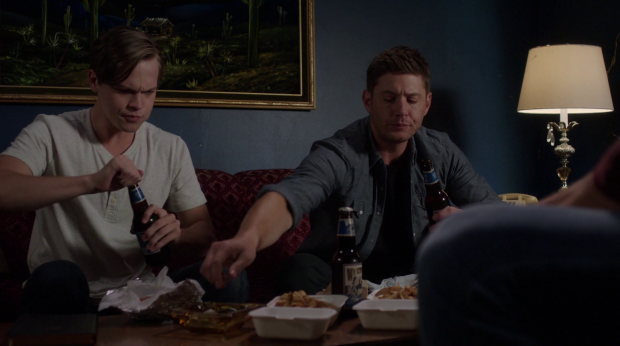 Amusingly Jack seems to gravitate towards Dean more so than Sam. He follows his movements to learn how to act and seems to watch him carefully when around him. I could see this developing to the point where he latches onto Dean causing increasing discomfort. It could just as easily progress to the point where the become very close as well; you never can tell with Supernatural sometimes.

Jack experiences quite a bit of growth in a short time. Alexander Calvert still imbues him with that wide eyed curiosity and sense of wonderment. He sees a ratty run down motel and thinks it’s nice, exhibits childlike glee when watching Scooby Doo -giving viewers a clue as to how the upcoming crossover will happen- and generally has a thirst for knowledge. The scene where he asks about the content of the Bible was particularly well done as it played like an orphaned child discovering a photo album or a diary left by someone in his family and wanting to know more about it. Sam and Dean are vague but answer his questions and it’s enjoyable to see Jack’s reactions to what he finds out. Concluding that God is his Grandpa and seeming content with that for now was a nice moment.

The arrival of Donatello was unexpected and perhaps somewhat unnecessary though he does reinforce the fact that a lot of dangerous things will be drawn to Jack as his power is easy to detect. Donatello may be cut off from God but he is still able to follow power to its source. The implication is that if he found Jack then something more dangerous won’t be far behind. He is also able to reinforce the fact that Jack’s power isn’t inherently bad which means that there is hope for him. It’s not enough to convince Dean but I’d say there’s sufficient evidence for the audience that the character could go either way depending on how he is influenced and the lessons he learns. It’s certainly enough for Sam who is committed to helping him. 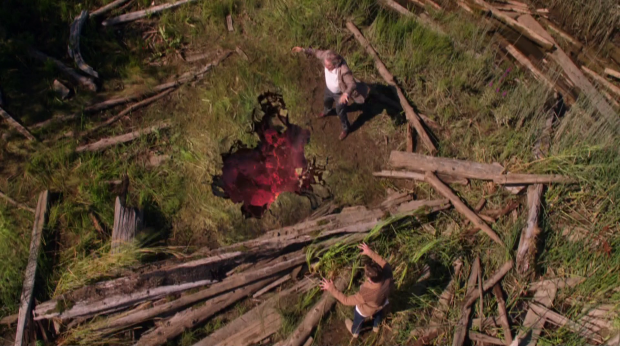 This episode brings us a new King of Hell in the form of Asmodeus (Jeffrey Vincent Parise) and he’s definitely no Crowley. I don’t mean that in a good way either; Crowley was charismatic, well developed and entertaining to watch but Asmodeus is none of those things. He’s another of the long missing Prince of Hell Demons and is taking advantage of the power vacuum to whip Hell into shape until Lucifer can be found. He’s sidetracked somewhat when he becomes aware of Jack and goes about trying to influence him. It’s clear that Jack will be the key to bringing Lucifer back and having his power at your disposal can only be a good thing if you’re a Demon bent on causing chaos.

To influence Jack he takes the form of Donatello and tries to convince him that God has told him to free an army from their own personal Hell. Poor naive Jack listens to this and uses his power to summon them. It almost happens before Sam, Dean and the real Donatello show up to stop him. The resolution to this is really good with Jack declaring that Sam and Dean are his friends before saving their lives. Jack is capable of choosing and he chooses those who are trying to teach him to be a good person rather than the Demon who tries to corrupt him and use his powers for Evil. It says a lot about him at this point that he would make that choice and I suspect Asmodeus will find other ways to attempt to influence Jack as the season goes on but for now he’s sticking with Sam and Dean.

We get a little more of Lucifer and Mary in the alternate universe. Not a lot happens here other than they decide to work together because they have no other choice. I like that the show doesn’t gloss over the fact that they would otherwise have no other reason to cooperate. Together they have a chance to see their children again so they are drawn together by the bonds of parenthood. As soon as this partnership becomes unnecessary it will end and Lucifer will go back to his Evil ways.

I liked the appearance of Michael (Christian Keyes) who presents a physical threat for Lucifer which is both rare and refreshing to see. This version of Michael is very cold and menacing and presents a problem because he killed the Lucifer of his Earth and seems eager to experience it again. These scenes are pure setup for later plots but they’re entertaining enough thanks to the always excellent Mark Pellegrino and the promise of a fun dynamic between Lucifer and Mary. I hope that the alternate universe has more to offer visually because endless dilapidated grey will get old very quickly. 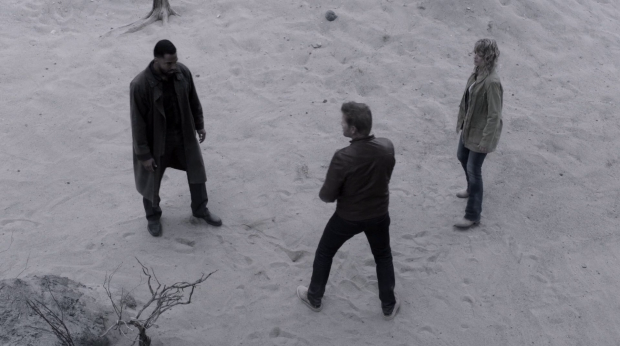 A well put together episode that focuses on the effect Jack has on Sam and Dean’s dynamic. They have essentially become parents who have very different views on parenting. Sam believes that nurture will produce a good person where Dean has a more cynical outlook and believes that Jack is very dangerous for both them and the entire world. The weighting seems to be leaning towards Jack becoming a good person judging by his choice at the end but he’s still very naive so it could go either way. The way he latches onto Dean’s mannerisms and how Alexander Calvert’s performance references Castiel’s mannerisms is all very endearing. The appearance of Donatello had a clear purpose but not much more than that and only serves to give more evidence that Jack isn’t necessarily evil.

is no substitute for Crowley and pales in almost every way. His role in the episode is clear and it appears that he has some sort of plan but it’s not that engaging. Lucifer and Mary in the alternate universe was entertaining enough but clearly acting as setup for later episodes. The appearance of alternate Michael was nicely handled so I do want to see more though I hope it becomes more visually interesting.