Supernatural brings back a character believed dead as the Winchesters deal with a pair of mischievous Witches. 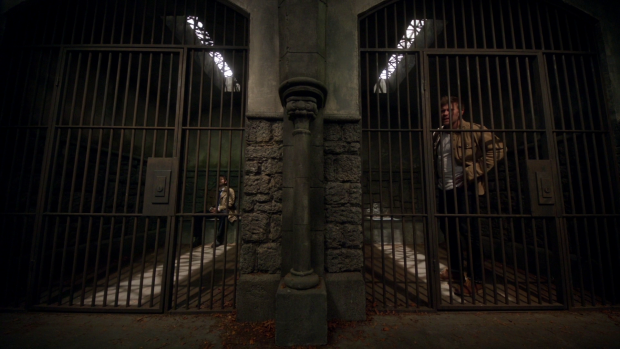 The explanation for her survival is much the same as the one given by Ketch a few weeks ago. Rowena has magical contingencies in place in case she were to be killed but Lucifer’s efforts were so thorough that it took her a long time to heal. There’s always a risk of death being meaningless in this show and for Rowena it most certainly is but I do like the idea that the act of resurrecting herself is really unpleasant and there’s a period of time where she’s vulnerable until she can rebuild the protection spell.

Rowena takes on a more thoughtful persona in this episode though doesn’t lose any of her annoying qualities in the process. She asks about Crowley and finds out that he’s dead which naturally upsets her. Crowley and Rowena’s relationship may have been entirely overdone but it was complicated in the sense that they still cared for each other but also hated one another at the same time. Rowena is visibly disgusted that Crowley died a hero’s death as that should be the opposite of everything he stood for. She also points out that she’d rather have him around even if he did hate her. It’s a strong scene with a really complex reaction to bad news. Ruth Connell plays the grief mixed with distaste really well.

Her later conversation with Sam where they talk about their traumatic experiences is also really strong. Sam takes a compassionate approach to dealing with Rowena and encourages her to open up to him which she does. She talks about seeing Lucifer’s face as he thoroughly tried to kill her which Sam can relate to because he’s seen it too. Rowena admits to being constantly terrified which in turn causes Sam to admit that he feels the same way and only really ignores the various horrors he has experienced over the years. 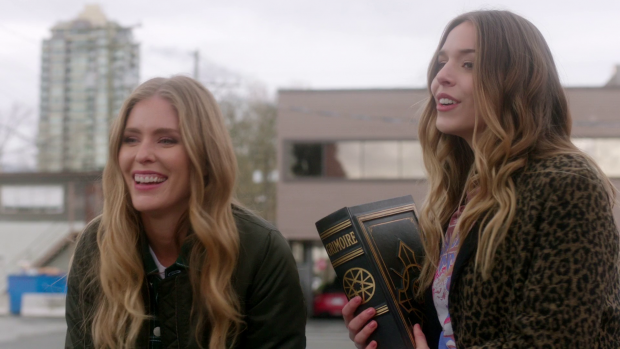 This isn’t healthy and I get the impression that Sam is starting to realise that. The loss of Mary isn’t an isolated event that he’s unable to process; it’s the latest in a long line of horrible experiences and at some point that becomes too much for even the strongest willed person to deal with. Sam’s admission that he doesn’t really deal with anything is a great insight into his current state of mind where he seems tired and broken by everything that has happened.

Predictably Rowena betrays Sam and Dean but her all consuming helplessness feels genuine and Sam trusts that she is being honest about what she’s going through at the very least. He’s also content to let her restore her powers so that she can go after Lucifer. Giving her the means to go after a huge problem form them is a solid strategy and there’s a sense that an understanding might someday be achieved between Sam and Rowena. He does promise to hunt her down and kill her if she crosses the line which will likely play out at some point.

Lucifer and Castiel return as prisoners in Hell made to rot in cells warded against Angels. It’s always entertaining to see Lucifer and Castiel interact and and this episode is a good showcase for that. Their scenes together play up the bickering sibling relationship they have with Lucifer’s trademark arrogance making things all the more entertaining. Mark Pellegrino doesn’t lose any of his swagger despite the fact Lucifer is far from at his best. He makes threats he couldn’t possibly carry out due to his depleted Grace and generally comes across as a caged animal. 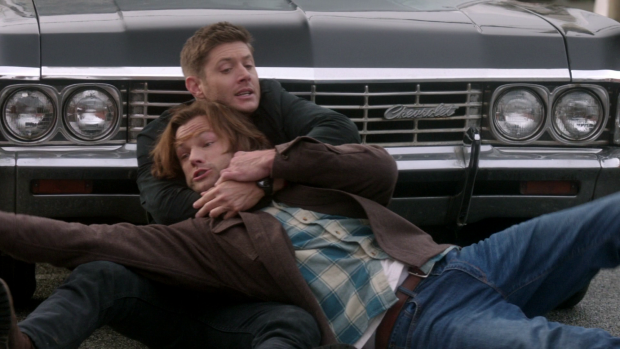 Castiel’s solution to the situation is to wind Lucifer up by telling him things he doesn’t want to hear. He tells Lucifer that Jack loves films about heroes that defeat villains which is something that Lucifer finds distasteful. The nature vs. nurture debate comes into play very slightly when Lucifer points out that Jack’s love of movies featuring heroes is more down to who he has been spending time with. He still firmly believes that Jack’s nature comes from him and it could override the nurture. It’s not impossible and will likely be explored later in the season.

The main reason for Castiel trying to make Lucifer angry is to facilitate their escape. It’s amusing to see Lucifer’s reaction to being told that he’s weaker than his weakest creation and it certainly does the trick in helping them escape. Lucifer petitions Cas to share his grace so that he can have some power but in a surprising move Cas stabs him with an Angel Blade. I was glad to see this as this show often dances around the question of killing someone clearly evil and dangerous. Crowley stuck around for so long despite deserving death and this has happened with Lucifer as well. I doubt the death will take but the fact that Cas is willing is definitely refreshing on its own. 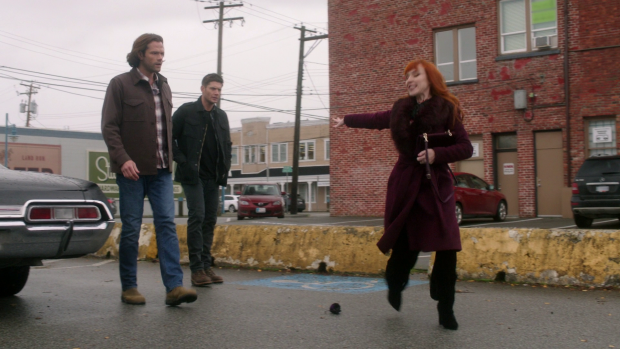 There was some comedy in the episode that landed fairly well. The Plum sisters, Jennie (Elise Gatien) and Jamie (Jordan Claire Robbins) were the catalyst for the Rowena plot and were played more for laughs than anything else. Their use of love spells to make unwitting men do exactly what they said was a nice touch that created a lot of potential for comedy. Dean under their love spell was especially hilarious from Jensen Ackles’ enthusiastic delivery of all his lines to the pathetic looking Sam and Dean fight.

Jennie and Jamie aren’t especially well developed but they largely don’t have to be for their story to work. Their motivation is clear and the lengths they are willing to go to in order to achieve their goal speak for themselves. The two actors are really charismatic and believable as sisters. They may have had potential to return as a recurring menace but Rowena saw to it that they would never bother anyone again.

It’s unclear why Rowena would bother to work with them in order to get the book back as she could have just gone to Sam and Dean in the first place so that part of the story doesn’t really make a lot of sense. It felt a bit manufactured to create an excuse for Rowena not to be trusted but doesn’t really work. Still, the two Witches were a reasonable distraction from the rest of the episode and brought some levity to something that might be overly angsty otherwise. 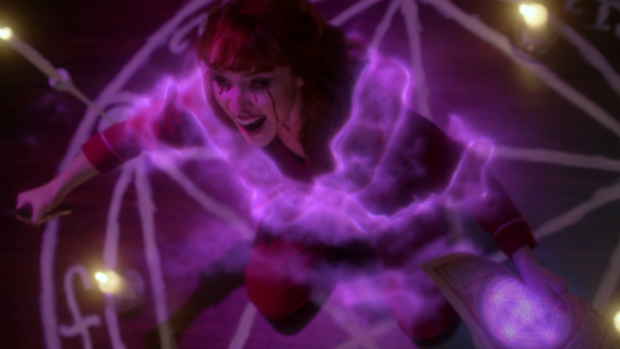 Rowena is back at full strength

A solid episode that furthers the emotional arc of Sam and offers more justification for how broken he is. The return of Rowena is not something I personally would have wanted but she was put to good use her. Her reaction to Crowley’s death was given the complexity it deserves and the admission that she’s terrified all the time after what Lucifer did to her is nicely done. Sam admitting that he never really deals with anything that happens to him was interesting as well building the rapport between them naturally.

Cas and Lucifer made for an entertaining pairing. It was good to see Cas winding Lucifer up about Jack and his loss of power to facilitate their escape and Cas’ decision to stab Lucifer rather than help him was a refreshing change of pace. The two Witches brought a much needed dose of levity to the episode with some really good comedic moments brought on by their love spells such as when Dean was under it. The characters weren’t especially well developed but their motivation was clear and the two actors were charismatic enough and believable as sisters. Rowena allying herself with them didn’t make a lot of sense but they were a welcome distraction to the angst present in the rest of the episode.