The 100 continues to present complications related to the pending Apocalypse when Clarke’s list of 100 survivors becomes widely known.

There are a lot of variables in ensuring the survival of even a fraction of the population once the reactors go into meltdown. A significant one is making sure that Arkadia is sealed up to keep the radiation out and that can’t be achieved without everyone working together. 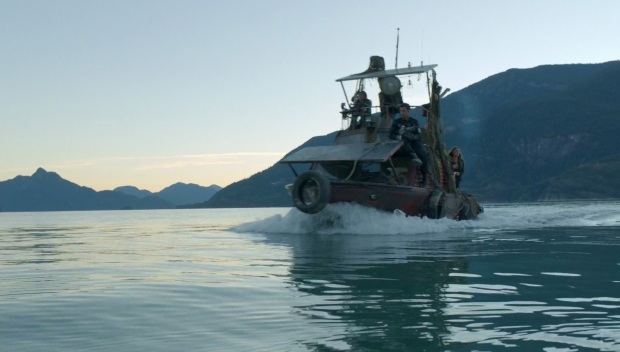 The key motivator to making this happen is hope. Everyone has been told that if they work hard then they will get to survive when the radiation comes. It’s a really simple exchange but the problem is that it’s a lie and only 100 people will survive when the time comes.

Whether you agree with the decision or not the reasons for it make a lot of sense. There is no point in everyone dying so that means the many have to make the sacrifice for the few. Clarke’s list is a pragmatic one that prioritises jobs that will be useful such as doctors and engineers as well as young, healthy women who are able to have children. For the survival of a species it makes perfect sense but it’s also a really cold way of classifying people. This method strips away individuality and applies a value to a person that corresponds to how they can benefit a society. It can’t be easy to be that detached when people’s lives are being weighed up and Clarke is deeply affected by that.

She is able to explain the logical reasons for making the choices but Clarke clearly doesn’t feel good about what she has had to do and has trouble defending her decisions. People directly challenge her on those decisions and point out how they might be considered valuable to a society in a way that hasn’t been taken into account. Unfortunately the episode doesn’t seem to be interested in prolonging this discussion to the point that it probably should. Reducing people to the value they can bring to a society is morally questionable and it deserved more than the short debate we were given here.

I did find it amusing that some of the names were being scoffed at. Particularly Jaha and Bellamy raised the most red flags because they aren’t the most liked people following their recent actions. The fact that Clarke would choose them over others baffles people and it really should. They both have their value but arguably betrayed the people so don’t deserve the chance to survive over someone who has demonstrated unflinching loyalty. 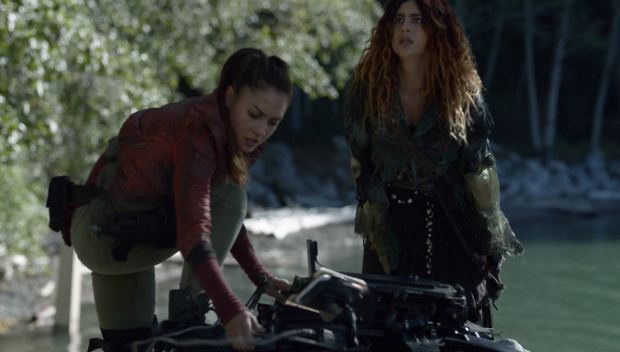 Jaha offers up a temporary solution by discarding the list and offering incentive by the way of randomising the choice. The people have to accept that they can’t all survive but they are all needed so that some people are able to. In order to motivate them to continue working a lottery is introduced that offers everyone an equal chance of survival assuming the work is completed. It’s not idea but it’s the best he can do to motivate people to complete the work. Clarke points out that the lottery may mean that the people necessary to allow those left alive to thrive are left outside to die.

As solutions go it feels like a complete cop out. Maybe that’s because I expect something else to turn up before too long rendering these tough decisions pointless. The show has a big problem when it comes to these large scale choices as the writers don’t seem to be willing to commit to them or let the weight of them really sink in. Having the lie be exposed in such an underwhelming way is a good example of that as there was still a lot of potential in watching the weight of choosing 100 people consume Clarke over a period of time. We did get that last week but it wasn’t sustained to the degree that it should.

The 100 has the general issue of burning through plot at an accelerated rate which means that the nuance of the situations are lost. This is especially evident when Monty calls Clarke out on her failings as a leader. Is he within his rights to do so? Absolutely but the writers don’t seem to be interested in exploring what it is about her leadership that he doesn’t like beyond the fact that she makes difficult decisions that he doesn’t agree with. It might be enough for some people but I know that the show is capable of delivering deeper character interactions than that.

There are hints of a more interesting dynamic beneath the surface here as Monty is more fixated on why Clarke would keep the list a secret rather than him not being on it. He accepts that he may not deserve to be chosen to survive when there are arguably others who are more use to society than he is. The lack of depth comes from the fact that Monty’s reasons for thinking this way. What is it that makes him feel that he isn’t valuable enough to society to survive? The conversation he has with Clarke does a great job of addressing the persistent tendency Clarke has to play with the lives of others and decide who lives and who dies but stops just short of Monty being a developed character within that conversation. 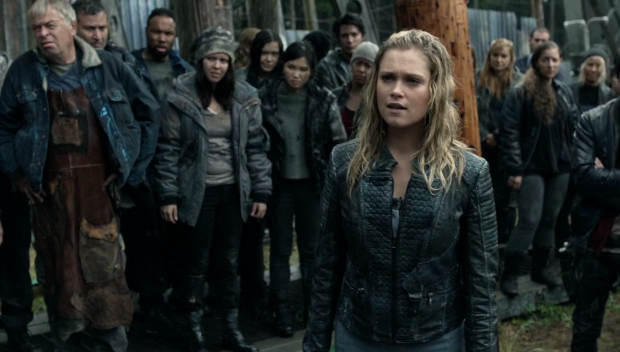 Burning through plot can also be seen in the way that Roan’s leadership is being handled. Every episode marks a significant event in his troubled leadership but the detail is lost because the writers really want to get to a definitive point that is more dramatic. For me the more interesting viewing is in the detail of the issues he has as a leader as well as how that makes him feel. In this case his decision that the alliance was finished and Polis is now at War with Trikru and Skaikru was unbelievably sudden. The prospect is definitely exciting but the following episodes will probably skip over the detail to get to the next event.

Octavia’s role within all of this is definitely the most interesting as the position she has been put in is a really problematic one. Kane dropping her from his guard because he feels that she is too thirsty for vengeance and is heading down a really dark path is a natural consequence of her recent behaviour and it puts her in a vulnerable position where she has no support or allegiance. Up until this point her purpose has been to keep Roan on the throne which has meant strategically getting rid of people who would oppose that.

Isolating Octavia comes to a head when she is hunted on horseback by Echo who engages her in a really impressive fight to the death. Octavia looses and appears to be dead which is another cop out because it’s fairly obvious that Octavia won’t be killed. It used to be the case that characters weren’t safe but Octavia’s “death” had no sense of occasion about it other than the really cool image of her falling into the rocky water. Her return was expected and the apparent death was used for emotional exploitation purposes to see Bellamy’s pained reaction. It does work because of the visuals of the fight and the way her return is handled as well as Bob Morley’s powerful reaction to losing his sister.

My personal favourite part of the episode was the quest to find the lab Alie was found in. I enjoyed it so much because it brought together an interesting group of characters who wouldn’t necessarily fit together. I really liked that Miller naturally slots into the leadership role as it continues the example of what the show is really good at. A big part of the show has been the shift in leadership from the adult characters to the “kids” and how natural that feels. Roan taking his mother’s place is a recent example of that and Clarke has always been in charge to some degree so seeing this continued with Miller works really well. It allows for fresh storytelling while offering different insight into the characters who develop as a result of being in a leadership position. 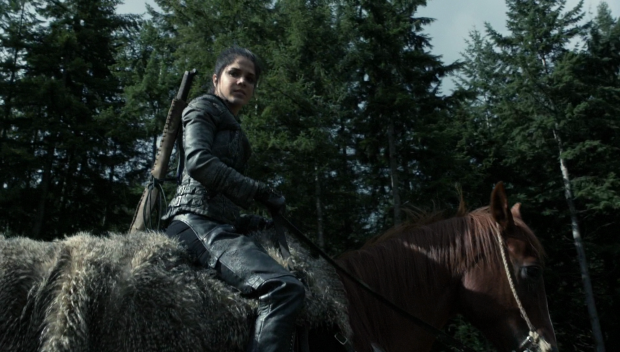 Octavia on the run

The dynamic between Raven and Luna also allowed for some fresh storytelling as Luna’s perspective is a relatively new one that hasn’t been fully explored. Pacifism is under-represented in this show so seeing that side of the argument come from Luna is long overdue. The discussion she has with Raven about their lives being defined by “the fight”. It’s a valid point and underpins everything in this show since the beginning. All life is for them is one conflict after another with a constant struggle for survival. Obviously the framework of the show is built on this to make it interesting viewing but what does this mean for the characters as their humanity is constantly chipped away by the morally questionable decisions they keep having to make. Luna ran away from the fight initially but no longer has that option so she is left questioning whether survival on its own is worth it.

This discussion seems to resonate with Raven who starts to forgive Murphy for shooting her. It seems acceptable that someone might hold a grudge against someone for doing that but holding onto that isn’t healthy and ties into what Luna said about “the fight” defining them. This could be a sign that she isn’t ready to give up on her humanity quite yet.

The various drone fight sequences were really fun viewing because it allowed the creativity, intelligence and resourcefulness of the characters to shine in a situation where they had to figure out a solution. There was also a great deal of tension brought on by the purely mechanical threat that they had to face. These sorts of sequences are rare but really stand out when we do get them. The reward was worth it as well as shown by Raven and Abby’s shared look of joy when the lab was discovered in perfect working order. 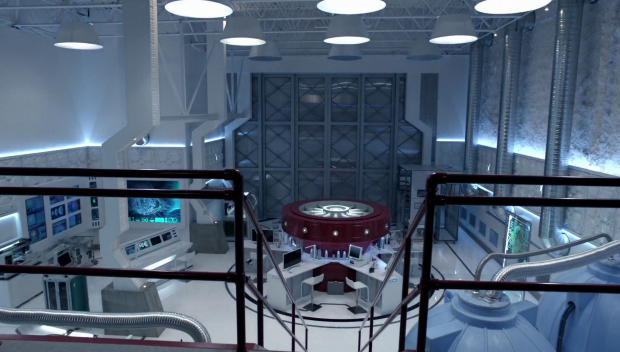 A solid episode that does some things well but stops short of achieving greatness. The idea of the truth coming out is a big deal but the reveal didn’t feel significant enough and the discussion about how people are valued wasn’t as involved as it could have been. The tendency of the writers to burn through plot has a lot to do with this as very little time has been spent with Clarke contemplating the weight of her decisions. The lottery solution is an interesting one but feels like a bit of a cop out since it seems clear that something else will turn up sooner rather than later.

Roan in a leadership role is another example of burning through plot quicker than is necessary. The writers seem more interested in skipping the detail and hitting the big plot points which means that the nuance is lost. As such Roan’s declaration of War feels rushed. Octavia’s role within this is strong as she finds herself completely isolated which leads to her “death”. It’s obvious that she won’t die because there’s no real ceremony to it beyond the impressive visual but it only really exists to emotionally manipulate Bellamy. My favourite part of the episode was the quest to fine the lab Alie was found in because it allowed a group of characters to interact who wouldn’t otherwise be seen together and lets us see Miller in a leadership role. We also get a compelling interaction between Raven and Luna who discuss whether their lives are defined by conflict or not.