The 100 explores the burden of leadership as an approach to the upcoming Apocalypse really needs to be found while there’s still time.

Leadership has always been at the core of this show and it plays out in really interesting ways. Clarke is far too young to be put in such a profound position of authority. Each of the young characters has been faced with the challenge of finding wisdom beyond their years and they explore this with varying degrees of success. Clarke has taken to a leadership role well as she has the confidence of the people, is able to make relations with the Grounder factions far less tense than they should be and she has a unique way of looking at things that really helps her arrive at innovative solutions. 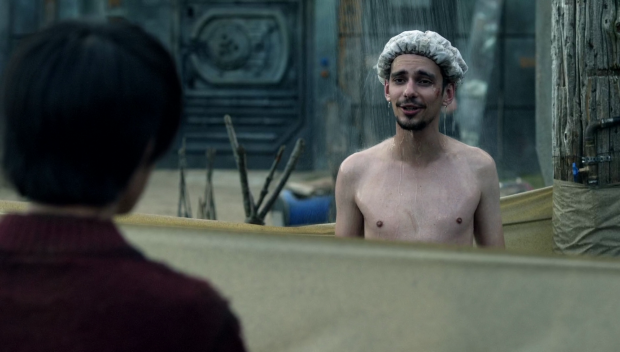 Jasper decides to make the most of his last days

She is essentially in an impossible position as far as the Armageddon problem goes. None of the choices are particularly appealing but she chooses to keep it a secret from the people so they can live what is left of their lives free of panic. Whether this decision is right or not is completely up for debate but the fact that Clarke stands by her conviction on this is consistent with her character and shows her ability to unapologetically make difficult decisions.

There are challenges to her decision but they don’t all come from the same belief. Raven wants to tell the people so that there are more minds to consider the problem. She references crowdsourcing the problem a few times which makes sense from her point of view as a problem solver. She doesn’t have the answer but maybe someone else might and it makes a lot of sense that she would want to give them the best chance to survive by having others actively working on solutions.

Raven is entirely focused on solving the problem because she’s an engineer and is able to rationalise everything by thinking up a solution. Her focus becomes sealing the Ark up to keep the radiation out and keep the people safe. It’s a tough job because of the damage and manpower is badly needed to make sure that it happens.

Jasper’s approach is an outright hostile one. He directly challenges Clarke and questions her ability to lead by comparing her decision to that of the Council when the truth about Earth was hidden from the original 100 sent down to the planet. Withholding information is a dangerous thing to him and it’s hard to deny that he has a point when you consider what keeping secrets has done to pretty much everyone on this show. Again, whether Clarke’s decision is the right one or not is completely up for debate but the fact that the show doesn’t shy away from challenges to Clarke’s leadership is definitely the right move. 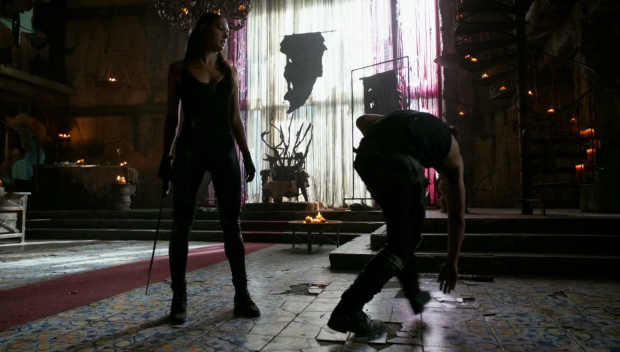 Roan isn’t ready for challenges to his leadership

I really like how Jasper is being handled this season so far. I mentioned last week that he seems to be glad that his life has a time limit on it because the prospect of potentially living a long life was part of the cause of his misery. Knowing that he only has 6 months left seems fairly freeing and it manifests by him having a lot of fun with the situation. It basically amounts to him wandering around the camp singing “I don’t Like Mondays” by the Boomtown Rats and it’s immensely entertaining

Jaha is someone who supports Clarke because he understands where she’s coming from. He had the very same issue when he had to decide whether to let enough people die to sustain the majority of the population of the Ark. Ultimately he decided to let the people make an informed choice and enough people volunteered to sacrifice themselves but it could have just as easily sparked a revolution that he was unable to control. He gives Clarke the advice that leaders can only make decisions based on the available information and hope that they were either right or that there is a forgiving God. They’re powerful words and really resonate because they come from a place of experience.

The events of last season have made Jaha something of a pariah to everyone which makes it difficult for him to find a place to belong in society. Raven flat out refuses to accept him but Clarke understands the need for manpower so is willing to at least use him as a resource. She also listens to his advice which suggests that she is more willing to forgive than Raven and the others are. Jaha has a long road to travel before he is accepted but he is going the right way about it by being patient, apologetic and understanding.

Bellamy seems willing to go along with whatever Clarke wants him to do which makes sense as he is also looking for redemption in his own way. He goes after a hydro generator that will be essential to sustaining the entire population of Arkadia when they are huddled in the Ark. When he get there he is forced to make a difficult choice of his own when he has the opportunity to save innocent captives or liberate the generator. 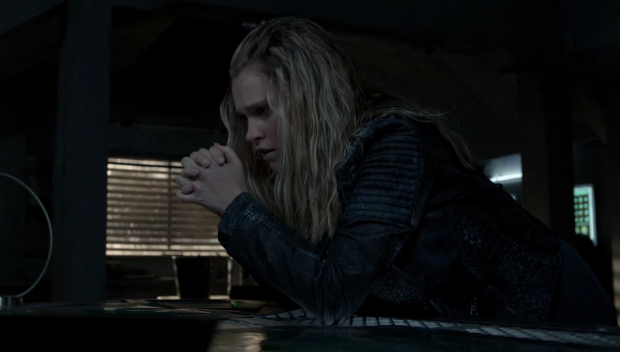 Clarke struggles with the weight of her decision

He chooses to save the people which doesn’t make him very popular with Raven because she sees it as him failing to notice the big picture and dooming many of the population to certain death. Funny that the number 100 is mentioned as being all that can hope to survive without the generator. Could the show return to a less populated group if it gets renewed for a 5th season?

Bellamy is willing to live with his choice because saving innocents was more important to him than getting the generator. He seems to think that there’s plenty of time to find another way and is content with his decision. It’s there to be disagreed with but at least he has conviction and a motivation that makes sense so that’s definitely a step up from his exploits last season. Preserving the sense of humanity by saving innocent people is ultimately what everyone is fighting for here so it’s good that not losing sight of that is represented.

By the end of the episode a compromise is reached where Clarke tells the people that the radiation is coming but also tells them that there is a way to survive. She withholds the detail that the chances of survival aren’t great at this point but at least everyone is focused on repairing the Ark after her speech. Before that point everyone was dealing with the new reality of being free of the City of Light and not really all that willing to work. Giving them hope and something to work towards proves to do the trick in beginning to rebuild society.

The other plot of the episode wasn’t quite as good. Challenges to Roan’s leadership are inevitable and seeing him train to take on all comers is a visually impressive thing to see but there isn’t a lot of depth to it. This comes from a lack of screen time but each of Roan’s scenes felt pretty much the same with little in the way of forward momentum to it. Roan does tell Echo that the world is ending which plants the seed for a future betrayal and Octavia continues to be as badass as she always is when staging an assassination but all of this could have been so much better if allowed time to breathe. I get the need to cut to other goings on to stop one plot from becoming stale but I was happy exploring Clarke’s leadership issues. 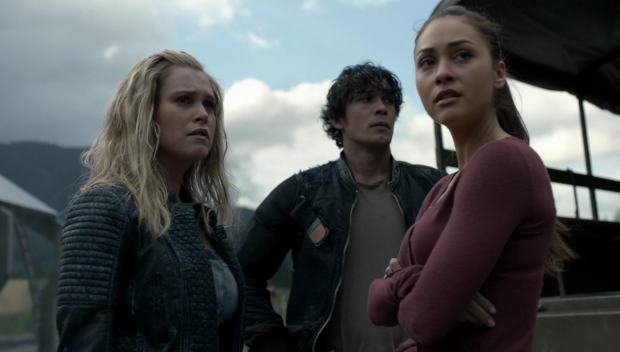 An excellent and thought provoking episode that explores Clarke’s status as leader. Her decision to keep the upcoming Apocalypse from the population is a difficult one but the fact that she stands by her conviction despite challenges shows a real maturity to this show’s approach to leadership. The challenges from Raven and Jasper come from different points of view that definitely deepen the issue and Jaha speaking from experience about similar decisions that he had to make resonate really clearly. The characters are all put in interesting places to develop from as well with Jasper elated that he only has 6 months to live, Raven burying herself in her work, Jaha seeking redemption and Bellamy trying to preserve some humanity in the struggle to survive. the compromise that Clarke arrives at by telling everyone part of the truth is really interesting as well and is rife for exploration.

The challenges to Roan’s leadership doesn’t work as well as a plot. It’s visually interesting and there is potential for betrayal when he tells Echo the truth about the radiation but there’s not a lot of depth to this part of the story. I do like that Octavia continues to be badass but this could all have been much better handled than what we had here.