The 100 prepares for the finale by dealing with the difficult problem of choosing who gets to survive and who is left to die when time runs out.

Everyone wants to survive but not everyone can. The main issue can’t be simplified any more than that. It’s very simple to understand but very complicated to actually deal with. Who can live with the prospect of dooming lots of people to die? It’s a horrible choice and there’s no right answer but the fact is that survival for everyone is impossible. 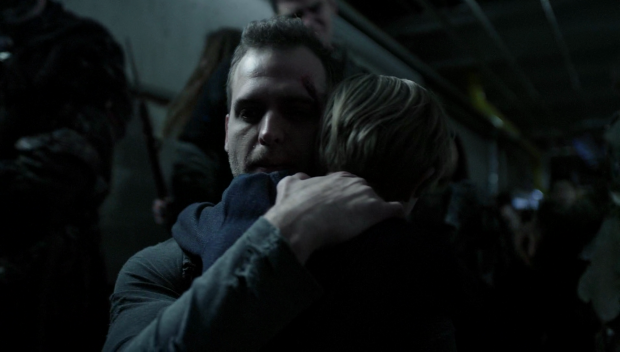 It’s good that the episode spends a lot of time dealing with that and has people on the verge of rioting in order to secure one of the coveted places in the bunker. The episode builds a tense and uneasy situation that could escalate at any moment while a handful of people are tasked with maintaining control as much as possible.

People react to the situation in different ways but each of them feels like a reasonable reaction given the circumstances. Jaha and the random Arkadian resolving to take the Bunker by force makes perfect sense given how desperate and terrified they are. Again, everyone wants to live and different people deal with that in different ways. It’s also impossible to argue with a man who doesn’t want to be separated from his child. It’s a basic motivation that resonates.

Considering all they have been through it could only be Kane who tries to talk sense into Jaha. He points out that nobody would be saved and his plan would basically result in more unnecessary deaths. I can absolutely see where Jaha is coming from and I like that he’s well on his way towards unravelling in this episode. Kane acting as the voice of reason for him is a nice touch as well. They have had a really complicated relationship and allowing that to fuel their interactions gave them so much weight.

The compromise they come to where they gas their own people so that they can separate the chosen few and the children made a lot of sense. Once the choice of who to save had been made it was definitely the only way to make sure that it is accepted without any more violence. Desperate people wouldn’t behave rationally so they weren’t given the opportunity to cause any trouble. It’s probably the kindest way it could be done and the montage of the chosen people and children being taken to the bunker was really emotionally charged as a result. This wasn’t easy for Kane or Jaha and the regret will definitely weigh heavily on them after this is all over. 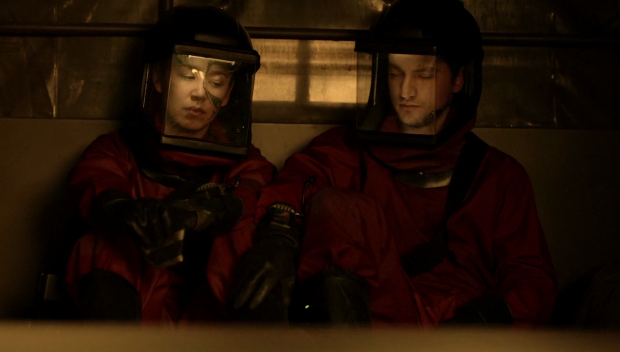 Some rare down time

As this is happening, Clarke, Bellamy, Murphy and Emori head on their way to pick up the recently cured Raven and bring her back to the bunker. They are on a very strict time limit with barely enough time to get to Raven and return before the nuclear fire consumes them. Right away this gives their story tension and a sense of urgency that makes it compelling.

This basically allows the four characters to be forced together even though there is a lot of tension between them in various ways. Murphy and Emori feel like Bellamy and Clarke are the favourites who would never be sacrificed and see helping them as a way to increase their chances of being allowed to survive while Clarke and Bellamy aren’t on the best of terms.

Bellamy calls her out on the choices she has made recently and how coldly she seems to approach everything. Clarke tries to tell him that nothing is easy for her and there’s a heaviness to her voice when she points out that every decision she makes results in death for someone. It’s quite a disarming moment that allows Bellamy and Clarke to find some much needed common ground and the smile they share is a good way of showing that there is potential for them to still be friends despite all that has happened.

Of course there are complications when they are attacked and Echo has to save them which adds another wannabe survivor to the group. Echo has tried to kill pretty much all of them in one way or another so having her around automatically creates a good amount of tension. Her banishment is given some context in terms of her motivation. She tells Clarke that she was only trying to save her people which is something she can directly relate to since she broke the rules by stealing the Bunker while everyone else was distracted. 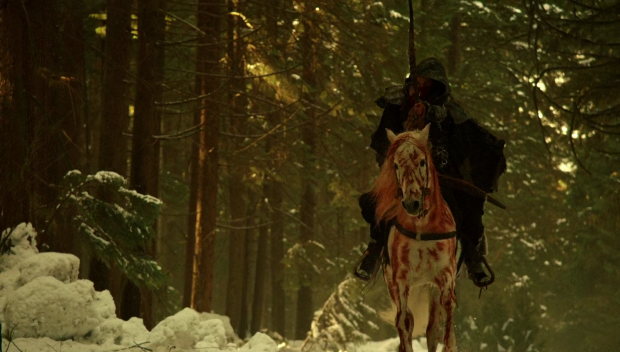 This plot also manages to raise the stakes for Clarke who isn’t guaranteed survival by her Nightblood. Once she removes her helmet to save Emori she feels the effects of exposure just like anyone else would which removes the Nightblood solution as a magical fix. I like how this was handled as it kept the reveal grounded on the characters rather than artificially raising the tension by destroying another hope for survival. It was never certain that the Nightblood would mean salvation and now it is confirmed as being a dead end.

Another solution is presented that makes use of the rocket in the lab. It feels bizarre to have it and not use it so it is suggested that Clarke, Bellamy, Echo, Murphy, Monty, Harper, Raven and Emori head into space and live on the remains of the Ark as it should have enough to sustain them for the five years it will take for the planet to become liveable again. I love this idea as it creates symmetry between how the show began and where it is now. I suspect the 5 years is mentioned deliberately as a hint at a time skip for the next season. I just hope they don’t discover a magical solution to the problem and find a way to stay on the ground as I quite like when things don’t go as planned. It forces the characters to think on their feet and the situation of living in space will definitely allow for plenty of that.

Octavia is handled brilliantly yet again. She has been developing strong leadership skills throughout the season and these come into play here in the way she saves Niylah and stands up to Jaha who tries to claim that she’s one of them. If there is to be a 5 year time jump then it’d be great to see Octavia firmly entrenched in a leadership role of some kind as she has definitely earned it.

There are some moments that fall flat and most of them involve Abby. The worst offender was when she was helping Clarke suit up for the mission to bring back Raven when she tells Clarke that she was wrong about their being no “good guys” because she is. I don’t disagree with Abby taking a moment to give Clarke some last minute validation but it could have taken a very different form. If the moment had been changed ever so slightly to be about how proud she is that Clarke was able to bring herself to make the tough decisions or something similar then it would have felt more genuine. As it sits it came across as an empty platitude that naively ignores everything that has gone on recently. Similarly the tease of Abby needing to be cured came across as clumsy. 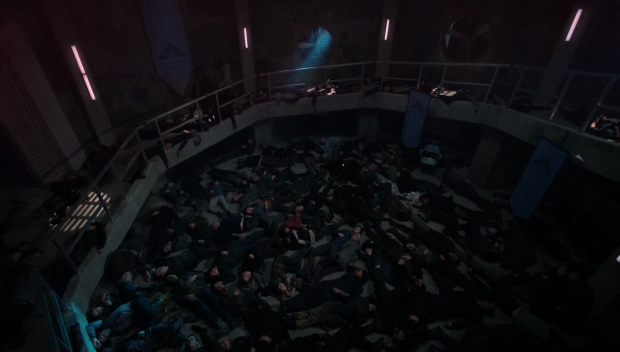 The most peaceful solution

An excellent episode that deals with the reality that not everyone can survive brilliantly. All of the decisions made out of fear or desperation make sense and Jaha’s campaign to take the Bunker by force is difficult to disagree with considering the circumstances. Having Kane be the one to talk him down is fitting given their relationship and the decision to gas everyone before moving the chosen few and the children was the right way to avoid bloodshed.

Clarke, Bellami, Emori and Murphy heading to retrieve Raven allowed these characters to develop by forcing them together so that they can discuss their issues with one another. The strict time limit they were under created tension and the later arrival of Echo enhanced it. I like how the episode suggests a comparison between Echo and Clarke as it really does makes sense. The possible solution of heading into space to wait out the radiation and live on the remains of the Ark is a great idea that I hope plays out. A possible time skip heading into next season would be a great way to do this and it would also allow Octavia to solidify her leadership position that has been building. The episode did fall flat in how Abby was handled. Telling Clarke that she is a good person when there are no “good guys” didn’t feel genuine and was the wrong mother/daughter sentiment to go for. Despite that this episode was great and I look forward to the conclusion.