The 100 continues exploring the burden of leadership as the reality of the upcoming Apocalypse starts to feel a lot more real.

Luna showing up with some of her people already afflicted with radiation sickness brings home the reality of the situation in a big way for those in Arkadia who know the truth. Last week was all about hope for the future and working out a practical plan to survive the inevitable but this episode suggests the opposite when it seems less likely that survival for everyone is an option. 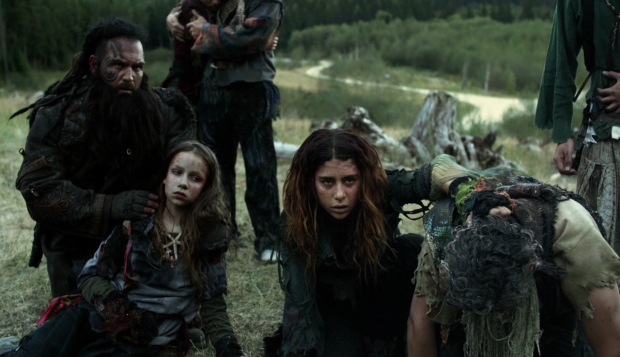 A taste of what is to come

Seeing people suffer the effects of radiation sickness almost gives everyone a glimpse into their future whether they know the truth or not and it affects different people in different ways. Abby decides to focus on retaining her humanity and doing what she can to help those who really need it. It delivers more content in a larger arc of the humanity not being lost in the name of survival. They not only have to live, they have to live with themselves and for Abby that means not letting people die so that resources can be preserved.

Raven is very much on the opposite side of this as she thinks the supplies should be kept to themselves because they have to survive a minimum of 5 years on an irradiated Earth. It’s a strong point of view that makes logical sense from a practical survival standpoint but it’s still a cold thing to say. Raven isn’t without compassion so I get the impression that she is burying those feelings in the name of the bigger picture. Lindsey Morgan’s performance seems to suggest as much and Raven is taking full responsibility for making sure the people survive.

I found her discussion with Clarke about the list of 100 people who get to survive in the worst case scenario. Raven is pressuring Clarke to make the tough decisions with the list being only one of them and doesn’t understand Clarke’s reluctance to make the tough calls. She puts it best when she says “Choosing who gets to live or die is your speciality”. It’s a really cutting line that sums up the relationship between these characters since Clarke chose to sacrifice Finn for the survival of the people of Arkadia. To Raven this is no different and should be an easy decision for Clarke who is usually more than willing to make the tough decisions.

Clarke’s reluctance to begin writing the list ties into her general behaviour in this episode. When Luna and her people show up Clarke appears just about ready to break down. A lot of her confidence has been lost as the weight of leading a people who are currently aimless as well as having to remain optimistic while continuing to lie to her people. It’s a lot to shoulder and Clarke is definitely starting to crack under the pressure which makes her far less effective as a leader. Whether she will get her act together or not remains to be seen but for now she is coming apart at the seams. 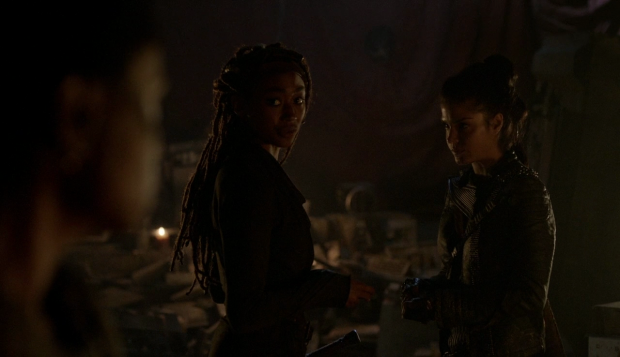 Her reaction to the situation is to latch onto any small hope they can find which causes her to go searching for a potential bunker that will provide salvation for them. It’s a really long shot but it’s also worth checking out because any lead is worth pursuing at this point. Jaha, Bellamy and Clarke make for an interesting group because they all embody a sense of optimism that there is a solution to this problem that doesn’t involve most of the people being irradiated. There is the added weight caused by Bellamy and Jaha’s desire for redemption. It might be going through their heads that finding the answer could allow them to be forgiven by both the people and themselves. Bellamy is directly asked what it’ll take for him to forgive himself and it’s a significant question that forms his character arc for the foreseeable future.

I like the introduction of the Doomsday Cult as a means of salvation for the people of Arkadia. Enough time has probably passed that people might not be aware of how ridiculous these cults are and that they are incredibly delusional so of course the promise of surviving an Apocalypse would ring true. It was interesting to see the speeches being viewed unironically and the parallels between the leader and Jaha are painfully obvious but appropriate considering his behaviour last season. The fact that it turned out to be a fools errand was expected but still a satisfying conclusion.

Raven is starting to become a lot like the way she sees Clarke. It makes sense that someone would take charge of the situation since she clearly isn’t but she fails to see that she is becoming what she accuses Clarke of being. She is cold, uncompromising and singularly focused on repairing the ship so that her people can survive. There could be a realisation of the importance of doing more than simply surviving in the future or Raven could become more cold and detached as the weight of the pressure starts to crush her as well. Abby does try to tell Raven that she’s going a little too far by saying that she is responsible for killing a little girl and not the relationship. It’s harsh and cutting but could be the best way to get through to her. This doesn’t work but it was a good try.

The whole radiation sickness plot was pretty well done but also overly manipulative. Using the little girl as the innocent who suffers because of Raven’s decision is a really unimaginative way to make the point. Yes it’s very moving and tragic to see a little girl die who could have been saved but it comes across as a little forced. 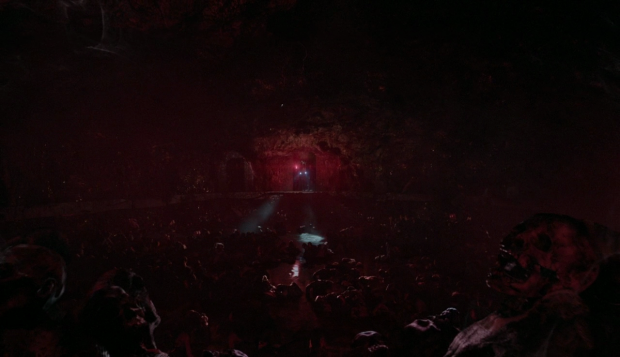 Over in Polis we learn that Indra has a daughter named Gaia (Tati Gabrielle). We don’t learn too much about her beyond that but she seems like an interesting character as her very existence hints at a conflict between the her and Octavia who is Indra’s spiritual daughter. Of course it could result in them becoming one big happy family but I can’t see getting to that point being easy for anyone.

Gaia’s introduction was confusing in some ways as we have no real reason to believe that she has any right to hold onto the true flame. Having this stolen from Roan off screen was another misstep that shouldn’t have been allowed to happen. The misdirect involving the apparent destruction of the flame was an interesting development as I’m unsure what this will mean for Roan’s position as leader in the future and what it will do to the people in general. The flame is a symbol that they feel confident in rallying behind so without that inspiring them what will happen next? Gaia has the real one which will definitely come into play in the future but it’s unclear what way this plot will go.

As with last week, the events in Polis weren’t as interesting as the rest of the episode and feel really underdeveloped as a result. Octavia being in a more action focused role fits the character really well and establishing that her true allegiance is to Indra by her lying to Roan about the Flame’s destruction creates a lot of potential for things to intensify in future episodes. I wonder if Indra will become the proper leader of Polis or perhaps Octavia herself. These questions are out there but the lack of screen time to let this part of the plot develop really hurts it. 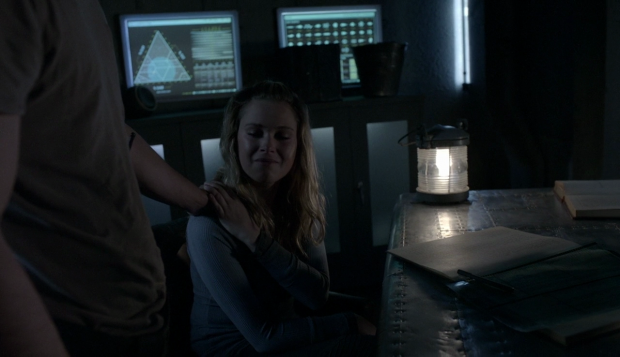 Planning for the future is difficult

Another engaging episode that shows Clarke coming apart at the seams thanks to the burden of responsibility that rests on her shoulders. It’s interesting to see Raven become so cold and detached as well as devaluing the lives of people which puts her pretty close to how she views Clarke. The fact that she’s ignorant to this shows just how deeply this problem is affecting her. The use of the little girl with radiation poisoning was a little too manipulative in making the point but the whole plot was effective enough.

Octavia’s role in Polis is good but also underdeveloped. The introduction of Indra’s daughter creates potential for conflict between the biological daughter and the spiritual daughter. Octavia’s decision to pretend the Flame was destroyed and lie to Roan shows where her loyalties lie but there simply isn’t enough screen time to develop any of this properly so it feels rushed.