The 100 deals with Clarke and Jaha’s decision to deprive the other Clans access to the bunker as Raven tries to find a way to live.

I had mixed feelings about the ending to last week’s episode and I suspect that was exactly the point. The choice made by Clarke and Jaha to claim the Bunker for Skaikru is really harsh as it ultimately dooms a lot of people to death by radiation. 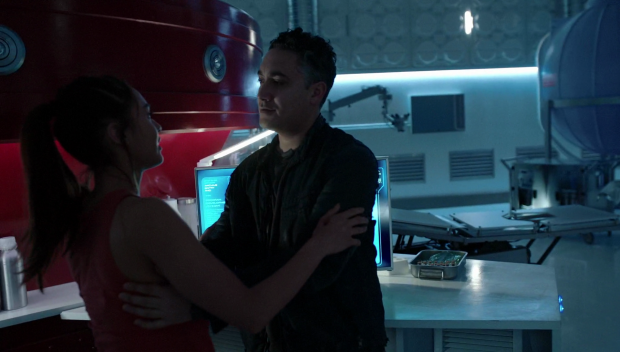 Unfortunately this episode doesn’t spend a lot of time weighing up the morality of the situation as it seems too concerned with resolving it on a narrative level Essentially Bellamy and Abby take the position of disapproval while being in a position to resist while Clarke and Jaha stand by their decision and become the antagonists for the episode.

This isn’t a bad idea but it simplifies the conflict too much. Bellamy and Abby want to save as many people as possible where Clarke and Jaha have decided that they will save Skaikru only. It doesn’t help that Clarke’s argument hinges on it being about saving the entire human race when that clearly isn’t the case. If it was then she would open the door as soon as she heard about Octavia’s victory since that means even more people could be saved.

Clarke’s argument that they had no choice because Luna was one of the final four in the Conclave makes absolutely no sense. At that point three other people besides her could win and guarantee the survival of the Human Race in some form. It may not involve all the clans but at least some people would have lived. It turns out that Luna didn’t win so Clarke has pretty much nothing to worry about and her argument is completely moot.

Apparently there are around 400 people that make up Skaikru and 800 beds in the bunker so Clarke is suggesting that the bunker operate at half capacity. It is stated that 1200 could live in the bunker and survive with things being a little cramped and supplies somewhat strained but it’s certainly doable. This episode doesn’t clarify how Clarke can justify only using a third of the potential of the bunker. 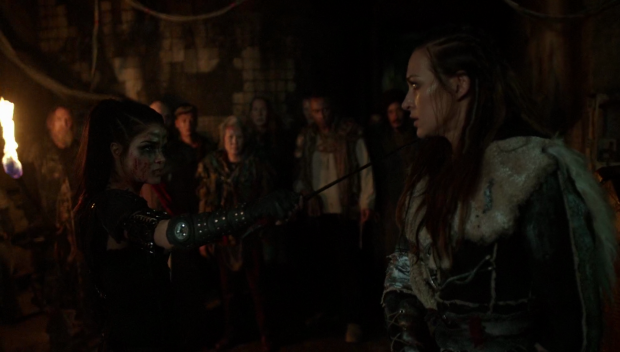 This episode could have featured a really fascinating moral debate where everyone involved had a clear position and was able to argue for that in a way that made sense for them as characters. The quick explanations and swift resolution didn’t really work

Once it is resolved we come back to the problem that existed earlier in the season of Clarke having to choose 100 people to stay. Some Skaikru members will need to be in the Bunker because they know how to maintain the machinery in there. That’s a simple necessity and justifies their presence but the rest is essentially a lottery. Of course a pragmatic approach should be taken by taking into account skills, age and having a diverse gene pool. Saving Skaikru only probably isn’t a good idea because the gene pool won’t be all that diverse in that group by now due to how isolated they were for a long time. Some of them will be too old to have children now and many won’t have skills that are any use when it comes to survival. The rest of the Clans will have skilled hunters, fishermen, midwives along with a whole host of other useful skills that will be necessary to survival. Clarke’s decision wasn’t just short sighted, it put the survivors at an immediate disadvantage due to the lack of a diverse gene pool and necessary skills.

This difficult choice is likely to become moot because of what happens with Raven. The last person I want to see die in this show is Raven but I could appreciate why death was the logical conclusion to her arc as her irreparable condition has been mentioned on several occasions and it felt like it was a certainty. There was something poetic about the way she chose to end her life as well and if done correctly it could have delivered a hauntingly beautiful image to close out the season.

I shouldn’t be surprised that a last minute chance to save her life turned up because that kind of plotting has been consistent throughout the season. Hearing about last hopes that soon get replaced by other last hopes became very tiresome and pretty much the same thing is happening here. Just as Raven has resigned herself to going out with a quiet dignity another voice in her head turns up to offer a solution. 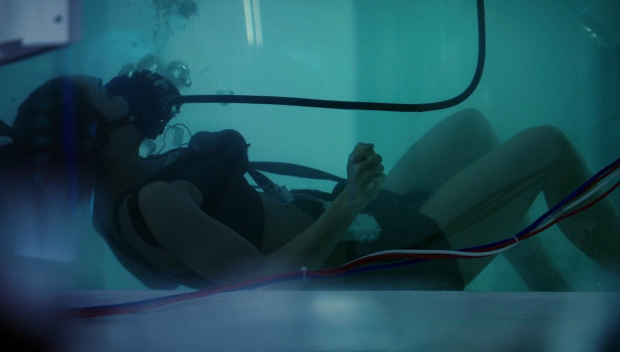 Raven discovers a cure for her melting brain

This voice takes the form of Sinclair who embodies the Angel to Becca’s Devil. It’s a fairly overused trope when someone has an internal conflict but it can be effective. The essence of Sinclair returning to the show does work on an emotional level. It allows Raven to interact with her mentor and hear about how great she is from someone who truly believed it. This shows that Raven had a defined idea about her connection to Sinclair and it’s exactly the same relationship that we saw play out over the seasons.

Her last ditch effort to rid herself of the code that’s killing her feels like a complete cop out as it invalidates the stakes that were in the previous episodes. Any talk of her doing everything she can to save others before her condition worsens to the point that she is no use suddenly feels pointless as this was going to happen to undo it anyway. It suggests to me that there will be some implausible solution to the problem of everyone dying in nuclear fire. I hope I’m wrong as this show needs to provide some degree of consequence to the events so that they don’t become meaningless but it is what we’ve been led to expect at this point. If Raven or anyone else figures out a way to save everyone then this entire season has been largely a waste of time. In particular the Conclave will be rendered pointless which would be a shame as it is one of the strongest things the show has ever done so to have that be for nothing wouldn’t be good.

At least some consequences were honoured. Jasper being at peace with the idea of dying has been one of the better threads this season as it allowed the character to be a lot more fun than he has been. The inevitability of death has freed him of the burden of struggling to survive day by day and nothing is going to convince him to carry on living. I’m glad that Monty hanging around in an attempt to save him wasn’t successful as it provides the only hope for some meaningful plot that the show currently has. The scenes between Monty and Jasper have weight because it’s a friendship that is ending and the emotional beat is wonderfully handled. Christopher Larkin and Devon Bostick deliver a devastating performance that really resonates and makes the loss of this friendship feel significant. It’s the right time for Jasper to go as well so it definitely works.

A Frustrating episode that fails to address the obvious moral question in any significant way. It is brought up and quickly resolved without dealing with the underlying motivations. Clarke’s reason for her decision is flimsy because her entire justification is that Luna might have won but at the point she took over the Bunker the winner was far from certain and she has no reason to stand by her decision once she realises that Luna didn’t win. The episode would have been better served concentrating on a moral debate involving the characters who were all clear on their position. The notion of choosing who lives and who dies could in theory be interesting but I’m not ruling out a miracle solution coming up.

Raven finds a way to cure herself from the certain death that has been plaguing her by listening to another voice in her head that takes the form of Sinclair. This plot works on an emotional level but solving this problem for Raven invalidates all of the tension and drama experienced in earlier episodes. There are no consequences to anything which makes it hard to invest in anything that’s going on. At least the consequences were honoured for Jasper who shared a really touching scene with Monty before dying which feels like the natural end point for Jasper. 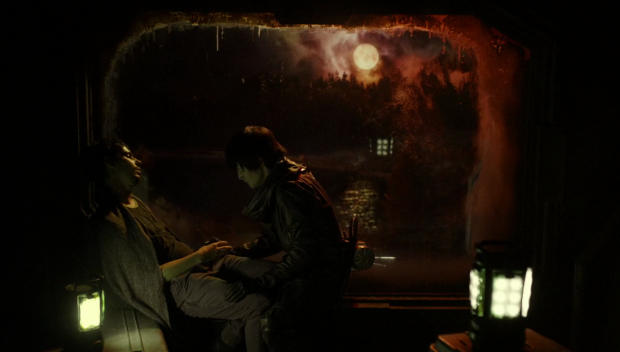