The pace of The Expanse once again alters, this time slowing down a little as the enormity of the previous episode’s destruction and loss of life is given time to sink in.

With the Solar System still reeling from Inaros’ meteor attack, the aftermath has left many people in unenviable positions, and while some try to take stock of what just happened, others first have to find a way out of whatever situation they find themselves dropped in.

The aftermath of devastation

Amos is still trapped in the subterranean prison with Clarissa, and attempts to escape their potential tomb along with a group of guards. Getting into the lift’s service shaft requires the aid of a jacked-up prisoner Amos nicknames Tiny, much to the man’s chagrin, and further demonstrates Amos’ contempt for overt displays of machismo.

Nobody would ever claim that the mechanic is any kind of intellectual, but his talent instead lies in practical issues, and that he is able to quickly take charge of the situation indicates his capacity for lateral thinking. Instead of overthinking a problem, he instead assesses it logically and how to most efficiently overcome it. Although nothing official has ever been stated on the matter (as far as I’m aware), a popular interpretation of Amos reads him as being on the spectrum, and his reluctance to focus on distracting emotional issues certainly ties in with this.

Upon escape to the obliterated prison building on the surface, it transpires that Tiny was planning to kill everyone all along, although it was decidedly naïve of anyone to think for a moment that a violent psychopath wouldn’t take the first opportunity to extract immediate vengeance on the people who kept him incarcerated.

Clarissa silently activating her own augmentation to fight him shows she was perhaps being a little circumspect in how drugged up she still was, although in the end it wasn’t required, nobody noticed she’d done so and the issue is left hanging. By storytelling convention, this suggests that it’ll come back to be used again later, as it was too specific an action to be afforded a moment of focus but receive no payoff. 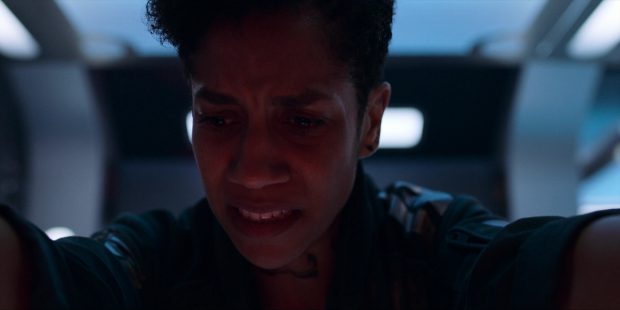 Freedom with nowhere to go leads to despair

Dummer briefly comes back into things, where she and her crew are offered a meeting to discuss a place in Ianros’ forces, one that will most likely amount to “Join or die,” and it’ll be interesting to see what happens when two uncompromising figures face off against one another. Despite the fact that they technically want the same thing, for the Belt to remain free of control and subjugation by Earth and Mars, their two wildly differing philosophies of how this should be brought about means they cannot ever truly become united in their cause. Plus, there’s still the matter of Inaros having killed Ashford, and Drummer regretting not taking out the terrorist when she had the chance. There is a distinct possibility that when the two meet, not everyone present will make it out alive.

On Inaros’ ship Naomi is still a prisoner, although there is varying perspective of how much of one she’s supposed to feel. The overriding opinion seems to be that she should be glad she has been returned to the fold however much it was done so against her will, as though some kind of Stockholm syndrome prevented her from realising she was living an incorrect life and all it took was her forcible abduction to make her realise where she belonged. Inaros himself seems indifferent to her plight, and for all his professed relief at their reunion, seems less so on account of the reappearance of someone he once cared for, and more the return of prized possession he again has control of.

For most of the characters, Inaros is a nebulous presence who represents the very worst of how Belters and the O.P.A. are perceived, but for Naomi the knowledge of what he’s capable of is a far more tangible fear, leading to her resolve to kill him. It’s possible she was being tested to see if she would fall in line, but if that were the case then she would have probably have been watched at least closely enough that she wouldn’t have been able to sneak a knife up her sleeve. It’s rarely a tense moment when a scene is framed as though the main villain is about to be taken out at the halfway point as it only occasionally comes to pass, and this is no different. It does, however, demonstrate the lengths to which Naomi is willing to go to stop her former partner and how much a necessity she see it, as there is little doubt she would have been summarily killed after the deed was done. 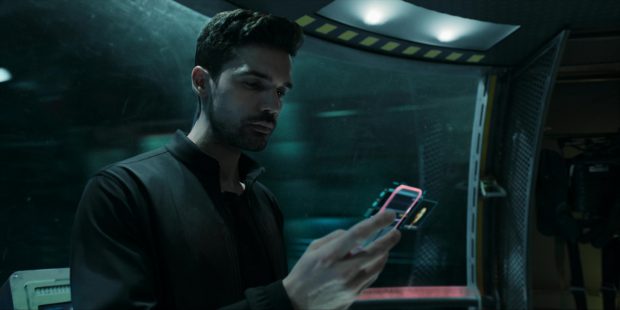 Holden for once is a minor presence in events, largely because his current position on Tycho Station makes him relatively safe since the danger has temporarily passed. He is, however, not completely out of the line of fire, seen when Naomi realises just in time that the Rocinante has been sabotaged in the same way as the Augustin Gamarra, and manages to send a warning to him. If you recall, this was the name on the monument on Luna seen in episode 1, strongly suggesting the destruction of a ship with presumably a large loss of life, the scope of which may well have been what pushed Naomi to leave Inaros in the first place and seek a life outwith the death that continued affiliation with the O.P.A. would force her to become complicit in. She has always been more than a little cagey about her past, but it may well be that revelations about what drives her decisions will soon be forthcoming.

Alex and Bobbie spend most of their time still sitting in space, once again playing little part in the episode, but this time have something to do by identifying that the Free Navy are being sold Martian frigates, meaning Drummer’s assertion that Inaros would be an easy fight on account of having only a single vessel will prove he has been woefully underestimated on the militaristic front.

Alex’s presence in the series has always been the most interesting when he’s in the seat of a cockpit, and the brief climactic chase was a suitably dramatic way of ramping up tension in an episode that largely lacked any, as was jettisoning the ship’s drive core to create an explosive defence mechanism against their pursuers. It leaves he and Bobbie drifting in deep space, so at the very least their plight of survival will become considerably more urgent, so they should play a more active role in proceedings next time around. 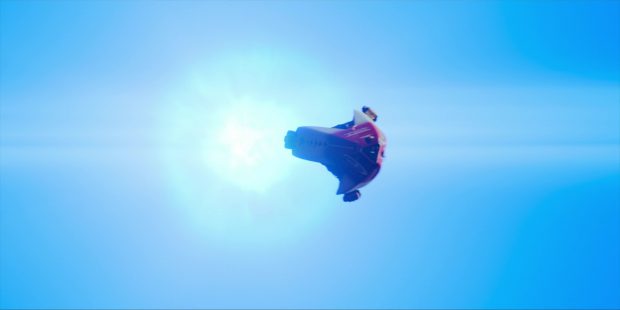 “Down and Out” is the least compelling episode of the series so far, but that’s more a statement on how high quality the rest of it has so far been rather than a specific detraction. With the new status quo established, now all there is to do is wait to see how each side will either fight to maintain it, or do everything in their power to overturn it.