“Enemy At The Gates”

The Flash brings back Godspeed as Barry contemplates the future of his family and Frost deals with her conflicted feelings about Chillblaine.

It’s never too long before The Flash returns to the well of Speedster villains. There has been a subplot running for a while where clones of Godspeed appear to wreak havoc. The communicate in a way that sounds like a dial-up modem and exist for the sole purpose of stealing Barry’s speed. As plans go it’s pretty standard for Speedster villains which suggests a lack of imagination on the part of the writers. 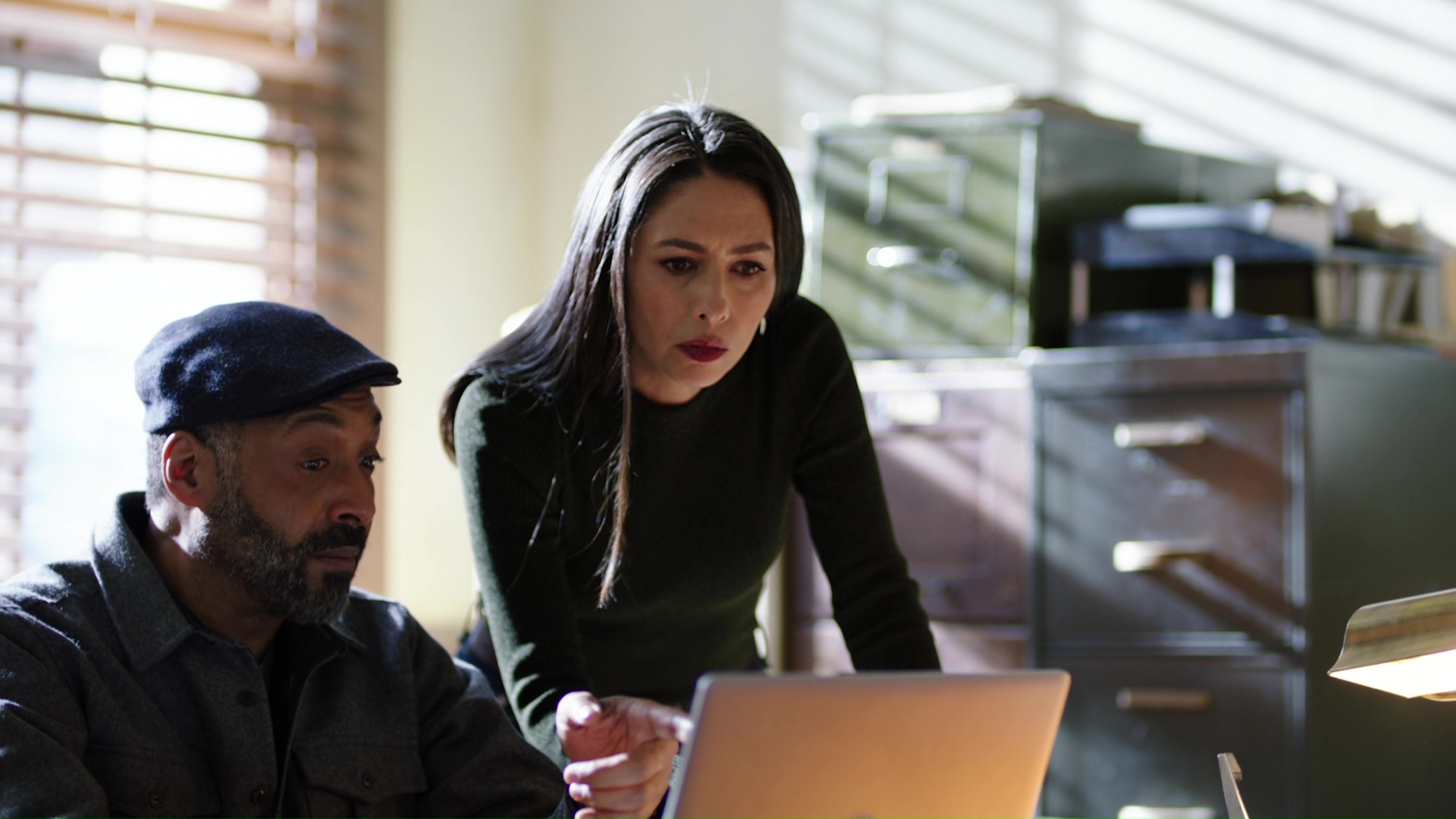 There isn’t much to say about Godspeed as a presence on this show as these clones/drones aren’t characters; they’re bereft of personality and only enable various action sequences meaning there’s nothing to latch onto. By the end of the episode there are twelve of them though it starts off as two and beefs up to six as far as the bulk of the threat to be faced by Barry and the rest of Team Flash. The mystery surrounding them is developed further with the additional six clones attacking the first six suggesting there may be two warring factions at play responsible for them but there’s nothing more said about it. It’s an ongoing subplot but receives the smallest development -if any- on the rare occasion it is addressed. Without being able to express themselves beyond their actions and no opportunity to develop them in any way the Godspeeds are very bland as antagonists.

In theory that isn’t a problem if the main characters can do the heavy lifting to compensate but the episode fails in that regard too. Barry and Iris’ attempt to start a family is addressed with Barry dreaming about Nora -the daughter one- who tells him everything is going to work out which leads him to believe that he and Iris have been successful in conceiving. I haven’t said anything about the handling of this plot in my recent reviews because there’s so little to it but this episode continues to play it for laughs with Barry being awkward around everyone as he carries blood and urine samples for testing, dancing around Cecile’s questions and generally behaving strangely whenever the subject comes close to being raised. Comedy is subjective but this fails to amuse and paints Barry in a really immature light as he treats the subject of procreation as if it’s taboo. The idea is that he doesn’t want to say anything to anyone until he’s sure but his behaviour is really bizarre. After all that it turns out that Iris isn’t currently pregnant which upsets Barry as he was so sure she would be. Ultimately the forced and brutally awkward comedy was for nothing though the dream Nora appearance will almost certainly be prophetic.

Speaking of forced and brutally awkward; Frost and Chillblaine’s romantic plot receives massive attention. Frost is unable to process her feelings for him and struggles to believe that he has reformed even though the media attention he receives seems to suggest that he has. She rescues him from being beat up, brings him to STAR Labs and more awkwardness ensues. It amounts to a repetitive onslaught of Mark aka Chillblaine insisting that he’s changed, Frost refusing to believe him and constant evidence pointing in both directions. Frost’s approach is entirely juvenile which actually makes a lot of sense as she is relatively new to the notion of living a full life so it tracks that she would struggle to process feelings that are unfamiliar to her. Attraction is a really difficult thing to deal with at the best of times and it’ll be even worse when it runs in opposition to Frost’s desire to be a good person considering she is attracted to someone she believes to be villainous. Her constant search for evidence that Mark has changed his ways combined with her continual disbelief when confronted with that evidence does successfully show how irrational attraction can be and Frost’s inability to deal with it in a mature way is consistent with her arc around learning to be a well adjusted adult when being so new to it. 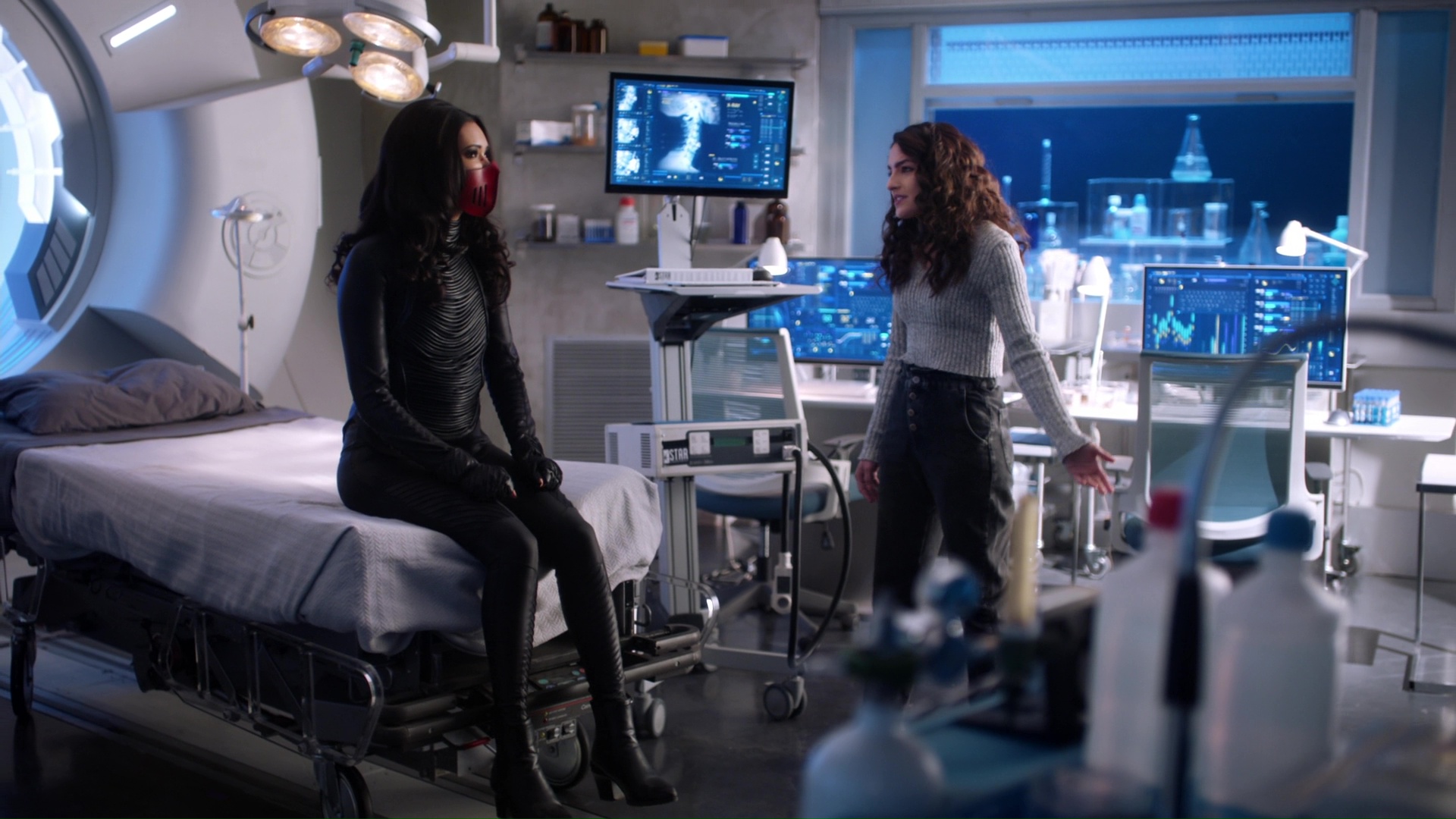 It’s something that works in theory and Danielle Panabaker plays it wonderfully but the fledgling relationship between Mark and Frost isn’t interesting to watch. Mark is written and performed in a really disingenuous way so it’s impossible to invest in him or root for him to reform so that Frost can be happy. He does help fight the Godspeed clones but the motivation would seem to be self preservation and by the end of the episode he proves that he has a long way to go before he can be considered reformed. There’s an implied tragedy to Frost letting her guard down around him and starting to trust him before he abuses that trust so he can quietly slip out but it doesn’t land because everything up until that point has failed to be engaging.

Caitlin spends the bulk of the episode operating on Esperanza. There isn’t much to these scenes other than the reminder that Esperanza is a victim rather than a villain. The Black Hole chip that needs to be removed is a result of an earlier violation and removing it is instrumental in restoring her agency. Allegra continues to champion the second chance she feels is deserved and Cecile helps to temper Esperanza’s anxiety using her abilities so that the surgery can succeed. Cecile being able to share her feelings is an out of nowhere ability upgrade though it does connect to Esperanza’s reluctance to trust anyone as well as being something of a payoff to her trepidation around being operated on. It’s something that is given to her rather than her arriving at that inner peace on her own which makes for a weak resolution but it at least ties in with the ethos of the show.

More interesting in that is Allegra’s fixation on helping Esperanza. She has her family back and doesn’t want to have that taken away from her all over again. Esperanza has no fear of death and would initially rather face death than the prospect of being operated on. Allegra understands that Esperanza is afraid of being operated on because it’s how she got in that situation but the more significant addition is that Allegra really cares about her ongoing survival and wants Esperanza to gain that desire to carry on regardless of how difficult it might be. The assumption is that she is given that by Cecile though future episodes will show whether that is the case. 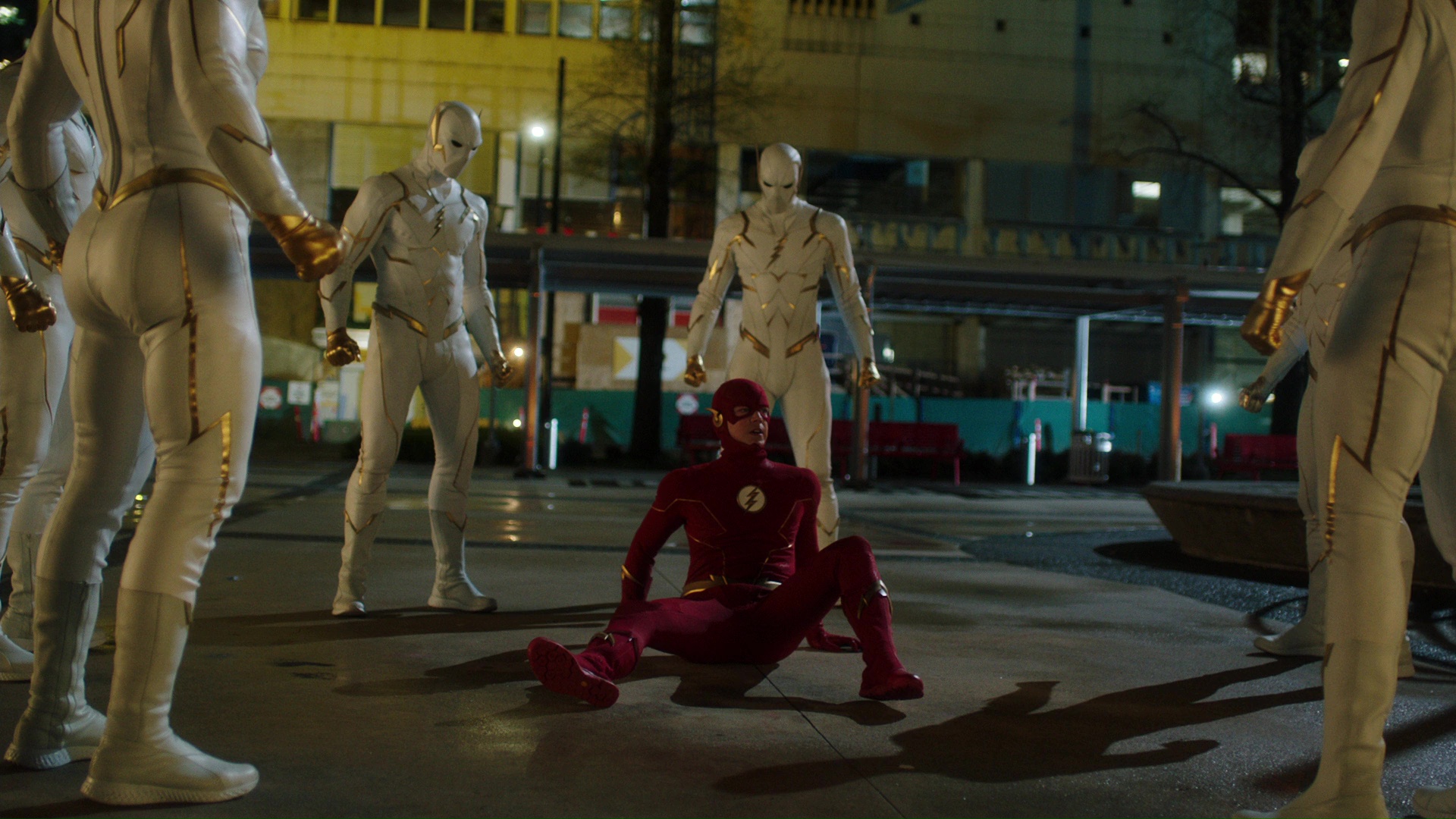 Godspeed is all around us

Joe and Kramer’s investigation is less than interesting as a plot and is moving very slowly but there is some merit to it. Having Joe act as the moral presence encouraging Kramer to be looking to solve this for the right reasons rather than emotionally driven ones. He tells her it has to be about justice rather than revenge for him to be involved and makes it very clear that his involvement will end if that is her primary motivation.

There is a brief suggestion of PTSD on Kramer’s part. The way she talks about the experience of the explosion, her feelings at the time and what she remembers is almost haunting with Carmen Moore’s excellent performance conveying it wonderfully. Kramer has clear potential as a character as highlighted by these brief insights into her past so it’s unfortunate that a lot of time was wasted earlier in the season focusing on her as a one note antagonist on a campaigning against Frost. The PTSD angle is certainly interesting and Joe has clear sympathy for her upon realising this. There may not be enough time left in the season to give this the necessary attention particularly with how quickly this plot picks up steam at the end of the episode through the supposedly fatal explosion. 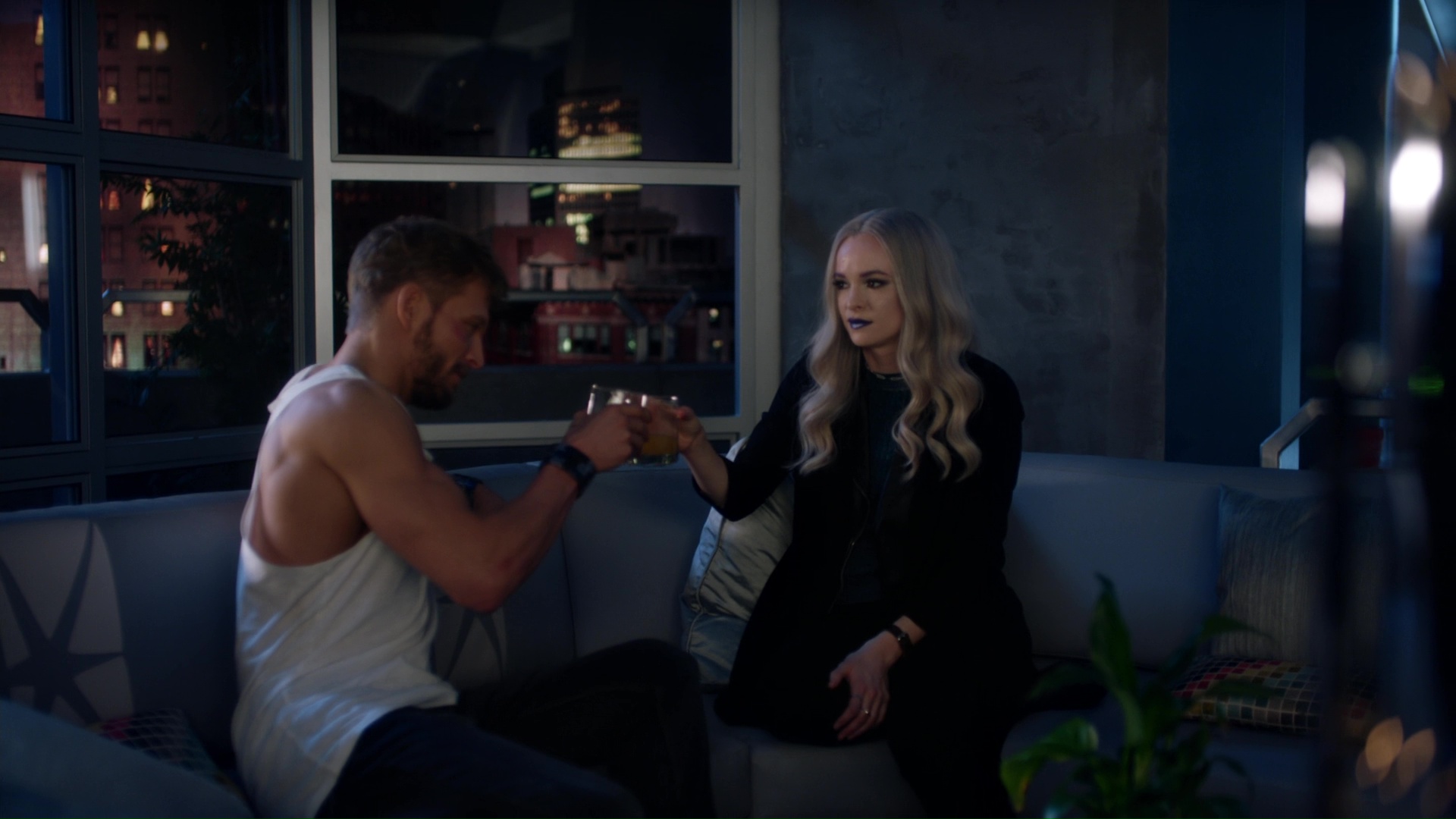 An underwhelming episode with a non entity as an antagonist, tedious subplots and general failures in characterisation. The ongoing Godspeed subplot is picked up and dropped periodically with little morsels of development each time. The Godspeed clones/drones that appear have no personality which means there’s nothing to latch onto beyond their participation in action sequences. In theory this can be compensated for by meaningful characterisation from Team Flash but this episode fails on that score for the most part. Barry’s awkwardness around the subject of trying to start a family with Iris is bizarrely juvenile in its approach. It fails at the intended comedy and paints Barry as being immature at all points while not actually coming to anything interesting. Equally juvenile is the fledgling Frost/Chillblaine relationship though that makes more sense given Frost’s lack of familiarity with adulthood and those sorts of feelings. It is unengaging to watch but it fits Frost’s ongoing arc.

The Esperanza portion of the plot extends the idea of Allegra being glad to have her family back and her desire to not lose that again. By contrast Esperanza doesn’t fear death and would rather face that than be operated on. Since her violation started with being operated on it’s understandable and it is resolved by Cecile passing on feelings that allow her to reach a point of comfort. It’s unearned because Esperanza doesn’t get there on her own and it’s an out of nowhere increase in Cecile’s powers. Joe and Kramer’s investigation is less than interesting as a plot but Joe making sure she’s engaging with it for the right reasons rather than vengeance is a great reminder of his morality while providing an opportunity to explore Kramer’s background. The PTSD angle has a lot of potential and is wonderfully portrayed but may be coming too late to achieve the level of exploration that it deserves.