The Flash closes off the Forces arc with final showdowns, family reunions and a definitive decision about the future.

As I detailed in my review of the previous episode the Forces arc is incredibly messy with no easy way to make sense of what the show is driving at. This trend continues here with the confusion ramped up to the extreme through constant twists, each more nonsensical than the last. Things are introduced, subverted and dropped before clumsily moving onto the next thing. It feels a lot like what we’ve come to expect from season finales on this show and that is most certainly not a good thing. 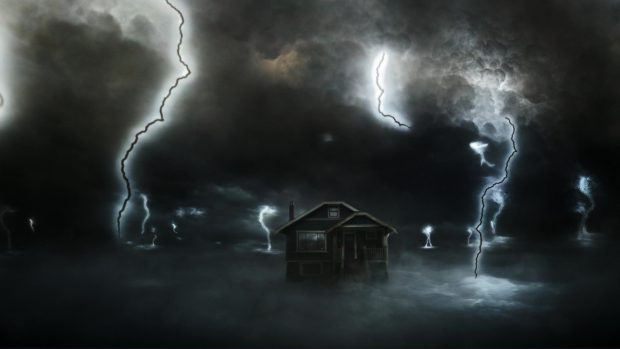 It was a stormy night….

The plot such as it is begins with the reveal that Bashir used a newfound illusionary ability to fake the death of himself, Iris and Alexa so that Nora would believe she succeeded and leave. As expected it was an underwhelming resolution to a cliffhanger ending that could never hope to carry the weight that was required to make it mean anything. Standard practice for The Flash seems to have become all flash -pun intended- no substance. It’s not an entirely fair statement but it rings true disturbingly frequently. The death fake-out then leads to Iris taking Bashir and Alexa to hide out in the Speed Force during the brief period of time it was dead because Nora won’t have access to that time period for reasons that there is no interest in explaining. It’s an excuse for Irish, Bashir and Alexa to hang around in a dilapidated recreation of Barry and Iris’ childhood home so they can discuss the true meaning of family while they wait. There is a genuinely sweet moment where Iris reminisces about Barry being clumsy in his younger years that showcases the strong characterisation that the show is capable of delivering. Iris is a strong and confident presence though the maternal side doesn’t come across despite the constant reminders of the familial angle associated with the Forces.

Another reveal that has no basis in anything comes from Nora who tells Barry she isn’t responsible for the storm that is raging over Central City. Apparently the other Forces are feeding it and that makes them the real villains. This reveal is supported by Bashir and Alexa behaving suspiciously and ganging up on Iris to kick her out of the Speed Force. There’s no justification for any of this with it all being delivered as a plot point we’re simply expected to accept at face value. There’s a clear attempt to surprise the audience with the reveal that Nora isn’t the Force they should have been worrying about all this time because the others are so much worse than her. Except this doesn’t make sense because the last two episodes have spent most of their running time showing the Human side to the forces and establishing that there are underlying tragedies that inform their contribution to this arc. In fairness this was generally done fairly well and set up a clear conflict between the Human hosted Forces and the purity of Nora as the Speed Force. The differences in what defined the manifestations of the Forces was never explained and didn’t stand up to scrutiny but something was set up only to be ignored here. Making matters worse is that this episode continues to humanise Deon in a way that counters the message of the the three other Forces being the true villains. Bashir and Alexa are at least robbed of nuance so that they can take on an antagonistic role but Deon remains insecure and conflicted.

None of it matters because it doesn’t take long to flip back to Nora being the problem that needs to be dealt with and the reassertion of the requirement to use the combined might of the other Forces to deal with her. Added into the mix is Barry and Iris beating themselves up for being bad parents which prompts Joe to step in with a motivational speech about parents not being able to solve every problem that comes up. His advice is that protecting a family needs a family to do it so the encouragement is around embracing the fact that they are a family unit who need each other to be whole. This is an underlying theme that The Flash continues to cover. It makes sense because Barry was taken in by Joe and raised as his son, grew up with Iris as his sister who he later married -it’ll never not be weird-, found a family within Team Flash and continues to add to it with the various team members recruited over the years. That doesn’t even account for Oliver, Diggle, Kara or any other character found in other shows you can name. The point is that Team Flash has always been a family unit and they are strongest when they are together. It’s a lesson that has been taught to Barry time and time again as well as being forgotten time and time again. This won’t be the last time Joe or someone else delivers a similar speech which means we’re unfortunately back to the well of the characters in this show forgetting lessons they already learned dozens of times over. 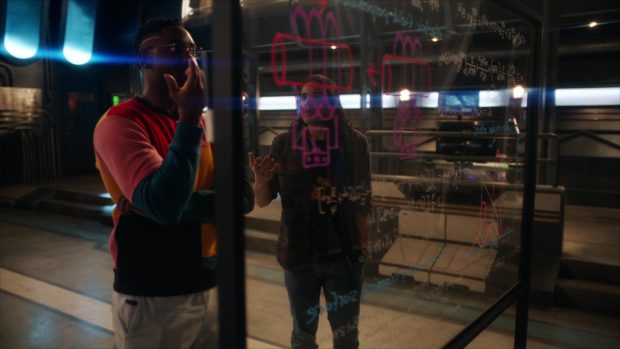 I can’t make sense of this plot either

The climax involves Nora being reasoned with by being shown a world where she is the only living thing in it. She can’t handle the prospect of eternal solitude so comes around to the idea of accepting the other Forces as being her family. They unite and all head into the Speed Force where they will all act as fuel for Barry who is now faster than he ever has been because he encouraged these Forces of nature to set aside their differences. I’ve lost count of the number of times Barry has gained a significant speed boost. His power level at this point must be unimaginable though that will be ignored in almost every episode when the plot demands that he arrive seconds too late to prevent something bad from happening. It’s a frustratingly consistent fact about this show and there are no signs of doing anything to fix it. There is also no mention of what becomes of the Human hosts that house these Forces other than their lives are now fully consumed by what possesses them.

All this talk of family and children gives Iris ideas. After a conversation about their own hypothetical children Iris states that it’s time they tried to start a family and the couple retreat to begin that process. This eventuality is foreshadowed through mention of Nora -the future daughter one- earlier in the episode and marks the first time starting a family has been discussed since they lost Nora. How this will play out is unknown but at least there is some progression for the characters after such messy nonsense elsewhere in this arc.

A subplot involves Frost breaking out of prison and fighting Chillblaine as they fight one another. She goes back and forth over whether she’s attracted to him or not and he keeps taunting her about clearly being interested in her. There’s not a lot to say about this other than it’s incredibly tedious and tongue in cheek in a bad way. It ends with Frost admitting to Caitlin that she likes someone and may pursue the relationship which makes little sense since he’s a dangerous criminal and she has reformed but making sense is far from the mission statement of this show. On the subject of making no sense, Frost has been let out of prison on good behaviour despite working her way through a life sentence without the possibility of parole. This all happens off screen and completely undermines everything that surrounded her being put in prison in the first place. As is common in this show there are no consequences to pretty much anything. 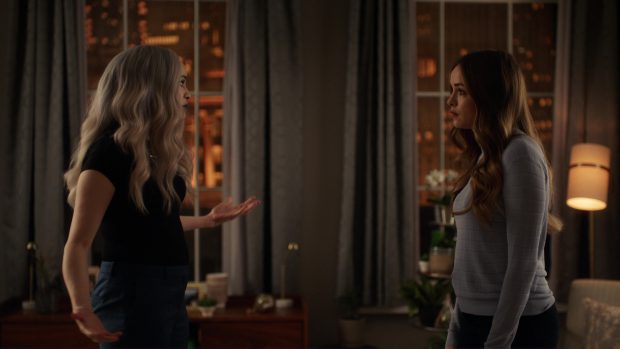 A weak episode that clumsily wraps up the Forces arc, moves from one bafflingly ridiculous plot point to another and fails to deliver much of substance. The Forces arc has never made sense, least of all the the more recent episodes but at the very least there was a suggestion of something that the show could work with. This episode keeps throwing twists at the viewer that make no sense, actively contradict established information and overall confuse the situation. The suggestion that the other Forces are the real villains rather than Nora doesn’t work and is contradicted by continued attempts to humanise Deon though the loss of nuance for Alexa and Bashir is consistent with the idea that they are now villains. It doesn’t hold for long as there’s a pep talk about family delivered by Joe that repeats a constantly learned and forgotten lesson. It points Barry in the direction of uniting the dysfunctional family that has been created against the Forces. Nora is reasoned with by being shown a world where she is the only living thing in it which encourages her to accept her need for family. The forces then retreat to the Speed Force to help fuel Barry to be faster than he ever has been before. Nothing is said about the Human hosts that are now resigned to this fate and nothing is really accomplished by any of this. The only progression is that Barry and Iris decide to start trying for a child of their own which is at least something.

Frost’s fight and flirtation with Chillblaine was very tedious and tongue in cheek in a bad way. Ultimately she decides she likes him and tells Caitlin about it along with the suggestion that she intends to pursue the relationship which makes no sense given that he’s a dangerous criminal and she is reformed. The detail that she was released from prison on good behaviour completely contradicts her life sentence without possibility of parole. It all happening off screen is odd as well but it’s clear that there’s no desire for anything that happens on this show to have any consequences.