“Into the Speed Force”

The Flash sends Barry into the Speed Force in an attempt to rescue Wally from the prison that he was tricked into by Savitar.

This episode counts as something of a sequel to “The Runaway Dinosaur” in that both share the plot detail of Barry interacting with the Speed Force on a very personal level. Other than that basic plot there are no real similarities between the two as “The Runaway Dinosaur” portrayed the Speed Force as something kind an nurturing whereas it takes a much harsher tone in this episode. 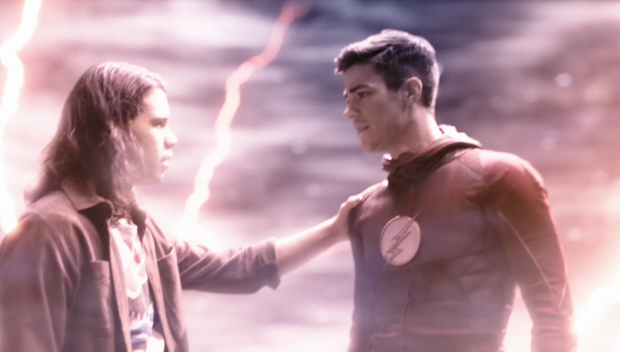 I think there’s definitely room for both but it does have the flavour of a cosmic force working in ways we can’t understand which does lend itself to some lazy plotting that can be seen here. In “The Runaway Dinosaur” Barry is encouraged to put his mother’s death behind him but this episode is more about the Speed Force calling him out on the numerous mistakes that he has made.

We get some explanation for why Flashpoint was free of Time Wraiths. Apparently the Speed Force let Barry get away with creating Flashpoint because it recognised that he was upset about his father’s death. It does continue the idea of the Speed Force wanting Barry to put his mother’s death behind him but I found this explanation really weak. I’m not entirely sure why the Speed Force would allow massive changes to the timeline simply because Barry was upset. What does it stand to gain by that? It’s at least an attempt to explain away this inconsistency but it’s a weak one.

Barry’s journey takes on a fairly predictable form. He is faced by people close to him who have died along the way. First up is Eddie who sacrificed himself so that Eobard Thawne would never exist. Barry feels guilty about this but also thinks that Eddie gave his live in service of the “greater good”. The Speed Force has a different view and points out that Eddie gave his life to help Barry along on his own personal quest. It has become a pattern that people die around Barry so that he can live and continue protecting people. Eddie is a really powerful example of that because Eobard Thawne probably wouldn’t have been stopped otherwise. The tragedy of Eddie’s death is laid on thick with lots of talk about his potential happy future with Iris that will never happen because of Barry. It works because the acting is strong enough to carry the material but thematically it doesn’t work at all because Eddie made a choice that Barry had nothing to do with. The choice definitely benefited him but it was Eddie’s choice to make. 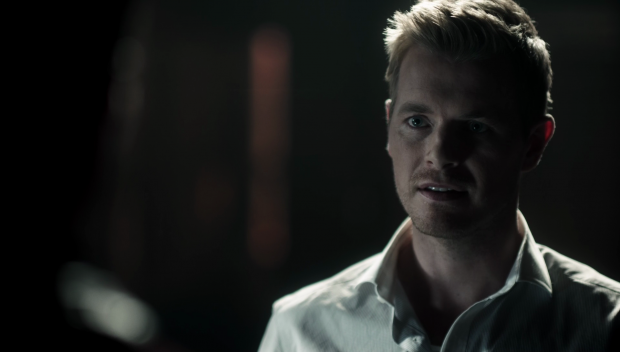 The face of an old friend

The same applies to the second conversation with a representation of Ronnie who is shown with Caitlin and the baby that they would never have. Barry’s mistakes are highlighted but the same applies here with Ronnie being dead because he made a choice that he wasn’t forced into. Barry had no direct involvement in his choice to sacrifice himself so having Ronnie as a representation of Barry’s mistakes doesn’t completely work.

It is mentioned that Barry has to be encouraged to forgive himself as he carries the weight of all of these decisions on his shoulders even though he doesn’t have to. The other lesson in here for him is that he can’t make others fix a problem that he created. Up until this point Wally has been training for saving Iris from Savitar but for some reason the Speed Force can’t accept this and thinks that Barry should be the one to stop Savitar since him being around is all his fault. I would say that Barry using the resources around him to stop Savitar is taking responsibility and handling the problem so I don’t understand the focus on him physically dealing with it. It also makes no sense to try to punctuate that point by using the faces of dead people he used to know since he had nothing to do with their sacrifice.

This is especially evident with Snart who Barry hasn’t had anything to do with for a long time. All of Snart’s development happened during the first season of DC’s Legends of Tomorrow so his sacrifice had absolutely nothing to do with Barry. It’s great to see Wentworth Miller hamming it up as long he can but I think the writers are completely misguided in what they are trying to put across. Barry has made a lot of mistakes but the writers are using the Speed Force to further confuse the issue. 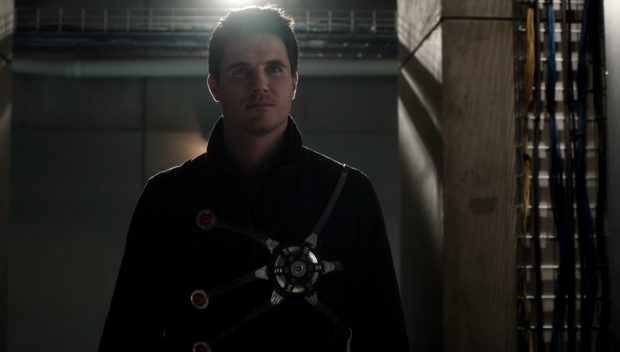 I was actually really interested in Wally’s experience of reliving the worst moment in his life over and over again even though there isn’t much story there. This episode might have been more effective as a character study of Wally and how the Speed Force views him. It would have been something different and would have removed the confusing interactions that Barry was having.

Jay’s sacrifice didn’t work because there was no real weight to it. Barry’s regret didn’t feel strong enough and it all happens far too quickly that the implications of what Jay was doing don’t have time to sink in. There’s the vague promise of freeing him as you might expect but the whole thing just feels empty. 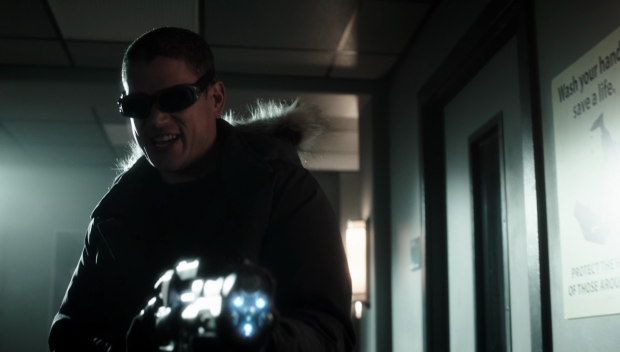 Look at all that delicious scenery

Wally’s emotional state at the end of the episode is something that is handled really well. He seems like a really broken man which makes sense after reliving the worst moment in his life constantly. He has the added regret of unwittingly releasing Savitar and being partly responsible for Jay taking his place. Whether these feelings are justified or not is up for debate but there’s no denying that the episode handles it well and Keiynan Lonsdale does a really good job of portraying a broken Wally.

Has Barry learned anything from this? Probably not but I’m also not sure what he was supposed to learn. He managed to save Wally and immediately benches him because relying on him to stop Savitar is something that he has decided was wrong. Is his plan to take Savitar on alone because the Speed Force told him that it’s entirely his responsibility? There’s no sense that Barry has really gained anything from his trip into the Speed Force so I can’t imagine anything will really change despite the fact that it definitely should. Wally being back so soon proves that actions in this show don’t really have any consequences. I suspect that Jay’s sacrifice will be undone before long and I predict that Barry’s martyr complex will show itself again sooner or later.

Breaking up with Iris was completely ridiculous. Barry recognising that he acted impulsively and proposing in an attempt to save her is fair enough to recognise as a mistake but where does he get the idea that they need to be apart? None of it makes any sense and the moment is just painful to watch just because it’s so poorly written. I’ve never really thought this relationship works because it is completely melodramatic at every turn and the break-up is a clear example of that. It’s just another transparent attempt to give Barry something else to be miserable about. Does anyone else remember when this show was fun? 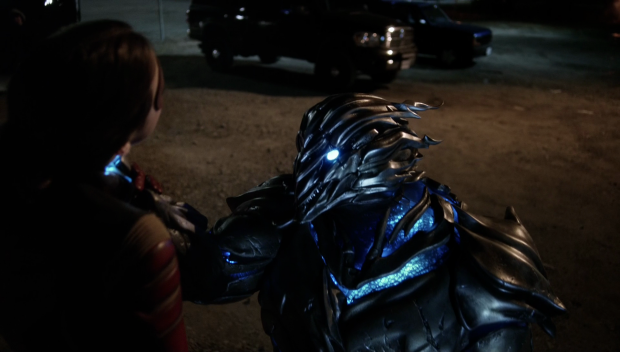 The only forward movement in the Savitar plot was through Jesse wanting to track him down as revenge for what he did to Wally. Her motivation is fine but the mechanics of the plot were a bit dull and it didn’t really lead to much other than confirming that Savitar can be hurt which means that he’s human under his armour. All this plot makes me wonder is what delays Savitar from following through with his plan now that he’s free. Other than him being aware of how events unfold there’s no reason that he shouldn’t be using his considerable powers to wreak havoc as per his threats.

Jesse leaving for Earth-3 makes sense since Jay is no longer around to protect it but her departure lacks weight since she only just got to Earth-1. Her tearful goodbye with Wally lacks the necessary weight because their relationship isn’t very well developed. The actors are good at what they do and sell the moment but they simply haven’t been together long enough for it to have any impact. It’s another example of the writers concentrating on milestones without doing the legwork required to make these moments resonate.

A frustratingly bad episode with lots of confusing scenes and really mixed messages. Barry’s journey into the Speed Force created a lot of confusion as the message seemed to be for Barry to take responsibility for what he had done rather than rely on other people to fix his problems. Taking the form of Eddie, Ronnie and Snart makes no real sense as their deaths were all down to their own choices rather than having anything directly to do with Barry. Using them as an example of times he could have take responsibility doesn’t work at all. Jay’s sacrifice to save Wally feels empty as well because Barry’s regret didn’t feel strong enough and I imagine it will be undone sooner or later as actions don’t have consequences in this show any more.

The best part of the episode was Wally coming out of the Speed Force a broken man who is benched by Barry. He has had to deal with his mother’s death over and over again so it will take some time to adjust. Jesse going after Savitar doesn’t do much to further the plot other than prove that Savitar can be hurt. Having Jesse move to Earth-3 makes sense as it needs a Speedster now that Jay is gone. The break-up between Jesse and Wally works from a performance point of view but doesn’t have the weight behind their relationship to let it resonate. Barry and Iris’ break-up doesn’t work at all and only serves to give Barry something else to be miserable about. 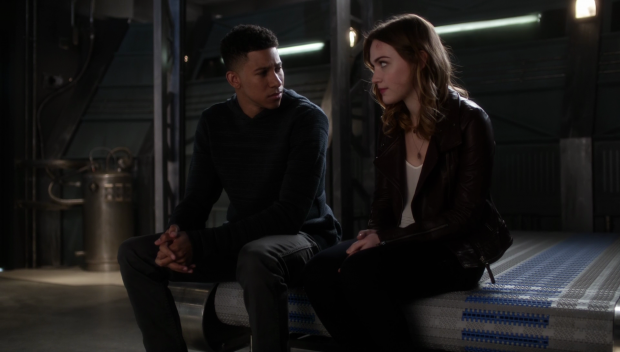