The Flash deals with the consequences of Flashpoint by taking us through all of the changes to the timeline.

Sadly the episode doesn’t really do much more than this and I couldn’t help but be reminded of Fringe where a similar thing happened. For those not in the know; Fringe was a show that also dealt with its own Earth-2 and there was a point where the timeline changed so completely that it felt like we as viewers were dealing with completely different characters afterwards. The show never recovered from that and I feel that could be the case here. 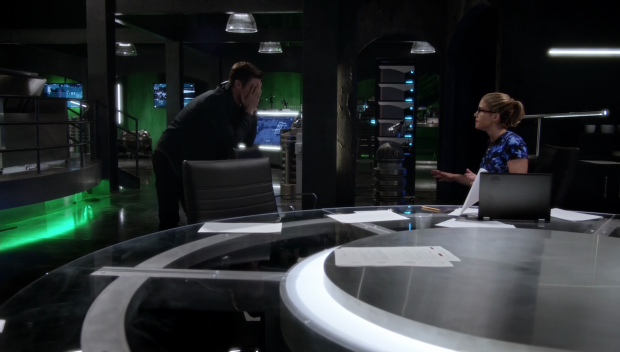 There were some teases of the differences in this new timeline last week when Barry discovered that Iris and Joe don’t talk but it turns out that everyone is different in some way. Cisco is devastated after the loss of his brother Dante at the hands of a drunk driver and Caitlin is exhibiting signs of becoming Killer Frost but we don’t learn that until the end. Wally seems pretty much the same in fairness but his character is so ill defined that who knows what might be different about him.

There is a notable difference for Barry at work; now he has a colleague sharing his lab by the name of Julian Albert (Tom Felton). Not much is known about him other than him being very competent at what he does and having no time for Barry. Barry doesn’t like him either so it balances out. The other characters are familiar with him but from Barry’s perspective this is the first time they’ve met. Felton is fine in this role but there’s something forced about his antagonistic nature that will quickly become tiresome. I’ll predict right now that he will turn out to be Doctor Alchemy. It makes no sense given that he’s investigating the work of Doctor Alchemy but since when does that stop them? The Zoom reveal made no sense either so it’s all to play for here.

Barry’s biggest challenge here is figuring out what has changed and finding some way to come to terms with it. He goes to Felicity to help him process this and she’s as confused as anyone to begin with. I thought this was a nice touch as Felicity is superior to Barry on an intellectual level so she is impartial enough for Barry to confide in while being intelligent enough to understand what has happened. This conversation also highlights a change for Arrow. Instead of having a daughter named Sara, Diggle and Lyla now have a son named John who presumably grows up to be the John Diggle Jr. AKA Connor Hawke AKA future Green Arrow in the Legends of Tomorrow episode “Star City 2046”. 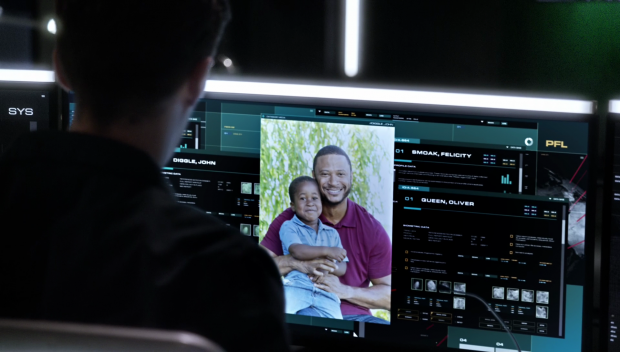 The conversation with Felicity has another important purpose. It’s designed to fill the audience in on the consequences of “Flashpoint” in a way that is easy to digest. In some ways it’s a clever way to do this as not every viewer will be able to roll with the changes so easily. In other ways it’s irritating as it amounts to an episode that is full of exposition with not much in the way of plot movement.

Barry is visibly horrified throughout the episode that he has caused these massive changes in the lives of the people he cares about but spends a lot of the episode clueless about the extent of these. Eventually he finds out that Joe and Iris don’t talk because Iris couldn’t accept that Joe had lied to her about her mother being alive in this timeline. For whatever reason Barry’s meddling made Iris less forgiving about that. He also finds out that Cisco acts cold around him because Barry refused to go back in time to save his brother from being killed.

This turns out to be really hypocritical as this is exactly what Barry did in order to make himself feel better so it only makes Cisco resent him even more. Take away all of the time travel and other science fiction insanity and this is actually a very relatable conflict surrounding the willingness to do things to change your own life but not extend that same courtesy to others. As I said that must seem hypocritical but that isn’t even the worst of it. Barry is essentially responsible for Dante’s death because he selfishly tried to improve his own life. Obviously he couldn’t have predicted that this would happen but in some ways that makes it even worse as he shows a complete disregard for others around him. 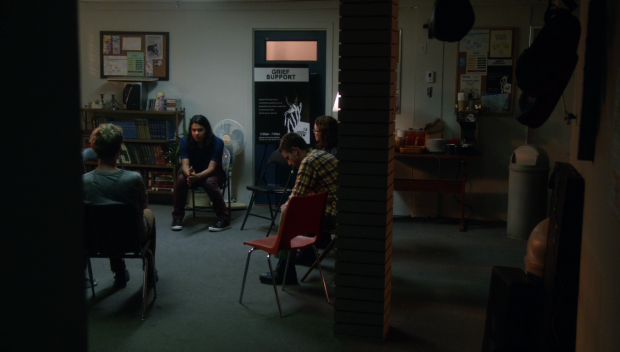 Cisco has been broken by this experience and has taken to visiting a grief support group to talk through his issues. It feels like this is a development from a plot point that we have never seen so it seems to come from nowhere. That is definitely intentional as we see this whole thing from Barry’s perspective but it feels like an empty emotional beat as we haven’t experienced what lead up to it. Cisco’s grief doesn’t have the weight it deserves as it purely exists to make Barry feel guilty about making changes to the timeline. It also gives us something that nobody watching this show ever asked for – a morbid Cisco. Even at its worst this show could always rely on Cisco’s light hearted humour to keep it from descending into too much melancholy.

The conflict is fairly neatly resolved by the end as well after an impassioned speech from Iris who reminds everyone that they are basically a family and that families forgive each other. This means that we have Joe and Iris talking again as well as Cisco on the road to forgiving Barry as shown when he steps in to help him defeat the Rival and the hints that this will become a more regular thing. As cool as it was to see Cisco embrace his Vibe identity, it all feels too neat and unearned. It seems that the theme of this season of The Flash is to rush everything so that everything is tied up neatly by the end of the episode.

Before this happens Barry decides to travel back in time to fix it. Just how he plans to do this is unclear as there’s no other way his mother could be killed as far as I can see. Thankfully Jay Garrick from Earth-3 steps in to dissuade Barry from doing more damage to the timeline. I liked the dynamic between Barry and Jay with Jay coming across as a more stern father figure than Henry ever was. He warns Barry against further interference and even uses the example of a broken coffee cup to put the point across. Barry tries to assure him that he’s heard this all before but the advice coming from a speedster who has been there and made the same mistakes seems to eventually resonate. Plus Jay shows Barry how time works by using a broken coffee cup as an example so we can add that to our collection of ways to explain time travel. 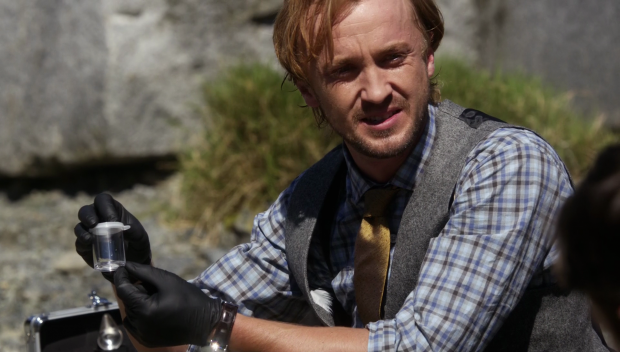 Look out Barry, there’s a new CSI in town

As good as this conversation was it’s clear that the writers of this show have no interest in remaining consistent with their time travel rules. We have the multiverse, events that can’t be changed, events that shouldn’t be changed and untold consequences of time travel  all thrown in a blender until something is created that suits the story. It makes all of this difficult to follow and really hurts my investment in what’s going on.

The takeaway from their conversation is that no matter how many times Barry goes back in time to make changes the universe will never go back to the way it was. He is essentially stuck with the world he has created and has to live with it or risk making it even worse.

Barry takes this information and offers his team the chance to find out what their lives were like in the Flashpoint timeline and apologises for being unable to fix it. He feels that he is showing them respect by offering them that choice but it’s clear that they have to accept their current situation and either forgive Barry for what he has done or not. Ultimately they decide to forgive him but this also seems a little too neat and I think there should be more consequences for Barry given that he has messed with the entire universe for purely selfish reasons. 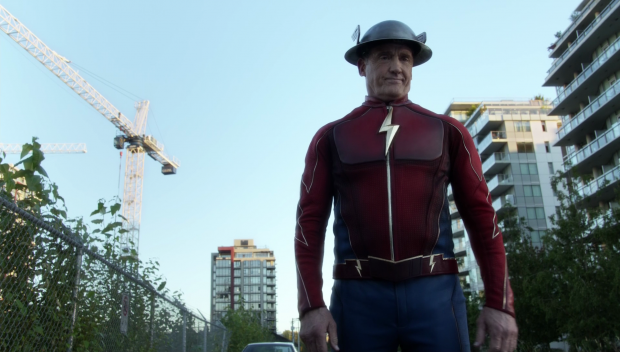 Time for some hard life lessons

We have the Rival as the villain again and he hasn’t got any more compelling. His speed is restored to him by Doctor Alchemy along with his memories of living in the Flashpoint timeline. Alchemy’s plan is unclear at this point but it seems that he wants to restore the powers that people lost by Barry resetting the timeline. It’s not a bad plan if he wants super powered henchmen but I’m not sure what he plans to do with them. It’s early yet so I’ll wait to see how this pans out. I wonder if he will restore Wally’s speed at some stage or if he is only going after villains.

The Rival probably won’t be a problem after this as he is killed by a mysterious figure –who is probably Savitar– so it’s probably for the best that no work was done to make him compelling. The strangest thing is that he seems to be at least as powerful and as skilled as Barry so he should have been a better villain than this but the show doesn’t take the time to explore that. 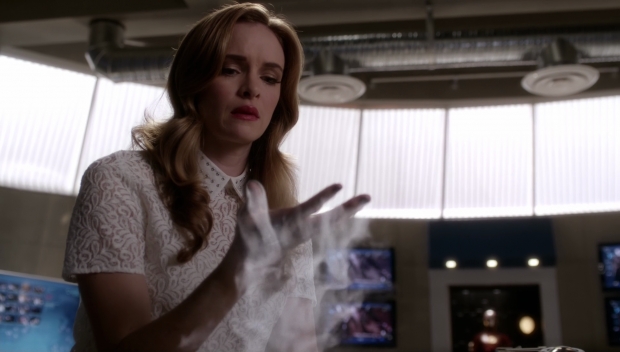 Well this is new

Another disappointing episode that glosses over the events of “Flashpoint” by clumsily establishing the new status quo for the show. The changes make things even bleaker than they were and I get the impression that the characters have been changed a little too much. Most of this is wrapped up fairly neatly as well which implies that the writers don’t consider the changes to be that important. Doctor Alchemy seems vaguely interesting as villains go with a mysterious plan and knowledge of the Flashpoint timeline. It remains to be seen if The Flash can dig itself out of this hole it has created for itself.