“The Curious Case of Bartholomew Allen”

The Flash deals with a case of rapid ageing when Barry is exposed to radiation that accelerates the ageing process.

This is the kind of episode that would have been very at home in the first season. A villain with a mad scheme that offers Team Flash a challenge while they wrestle with interpersonal problems. All the talk of levelling up never seems to extend to how they deal with these -what should be- routine problems as jeopardy is created through a collection of stupid decisions and carelessness. 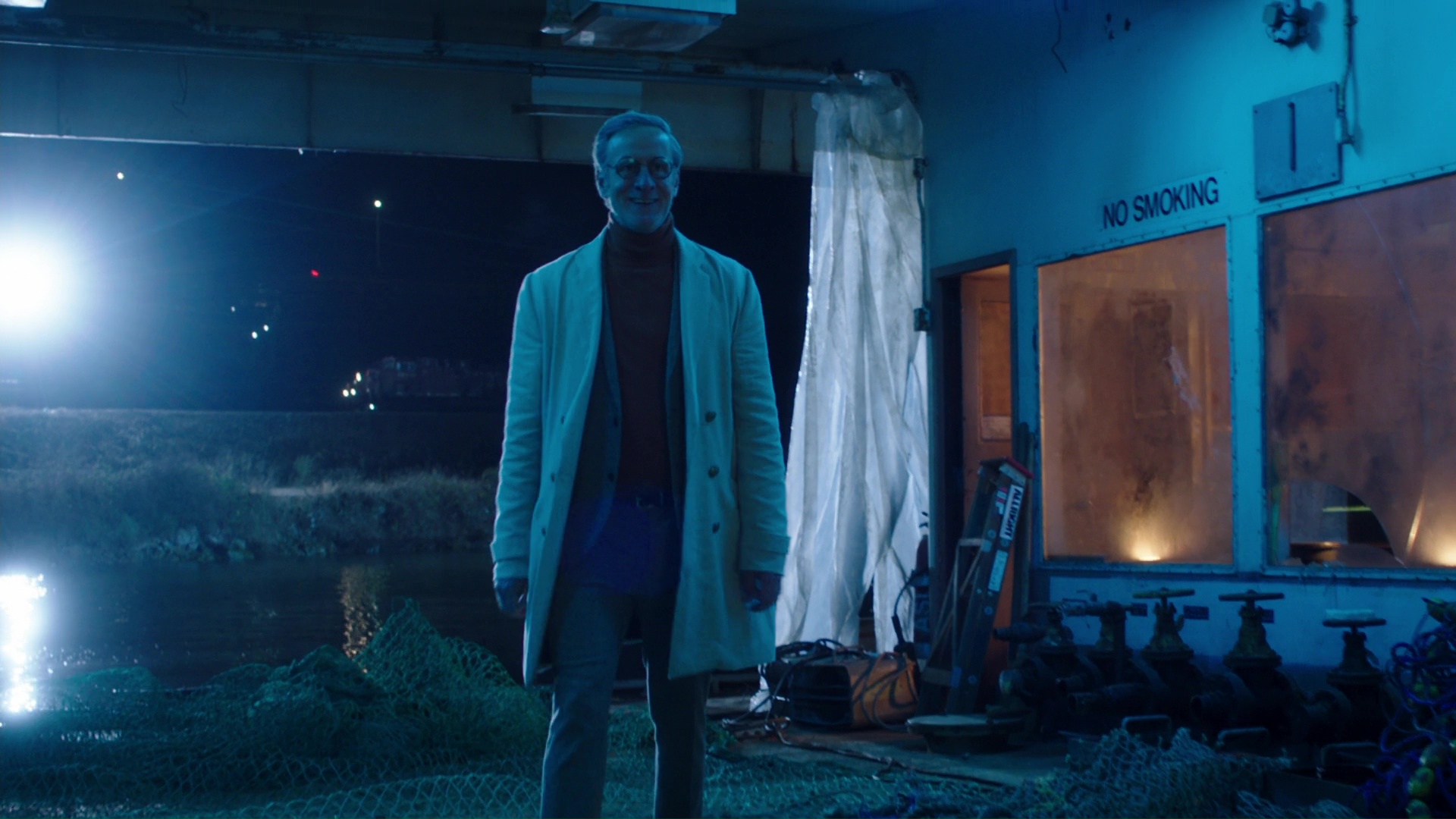 Fear me and my lab coat!

The villain in this episode is underwhelming even by this show’s standards. He has a handful of lines, the flimsiest of motivations and even lacks a costume. Visually he’s just a guy in a lab coat and his plan is to steal youth from the city to make himself immortal. He has no justification for this beyond wanting to be young again so he doesn’t qualify as a character by any definition.

Barry’s stupidity gets him zapped by his machine and he starts rapidly ageing. For him, it’s not an immediate problem as he seems to have a very long life ahead of him so the effects are more mental than physical. The episode runs the gamut of old age clichés such as forgetfulness and backache in a failed attempt to mine humour from the situation. The lack of old-age makeup means that this episode suffers massively as Barry’s lack of physical change makes it harder to accept the loss of ability due to advancing age.

Another issue is that the episode rapidly flips from comedy to drama in a way that suggests it was noticed that the comedy wasn’t working at a late stage in its conception. The shift to drama is around the loss of memory and arbitrary tension created through Barry’s speed accelerating the problem. His memory loss becomes so major that he becomes a danger to others such as when he runs Cecile to China instead of S.T.A.R. Labs and forgets where he’s supposed to be going in moments of crisis. 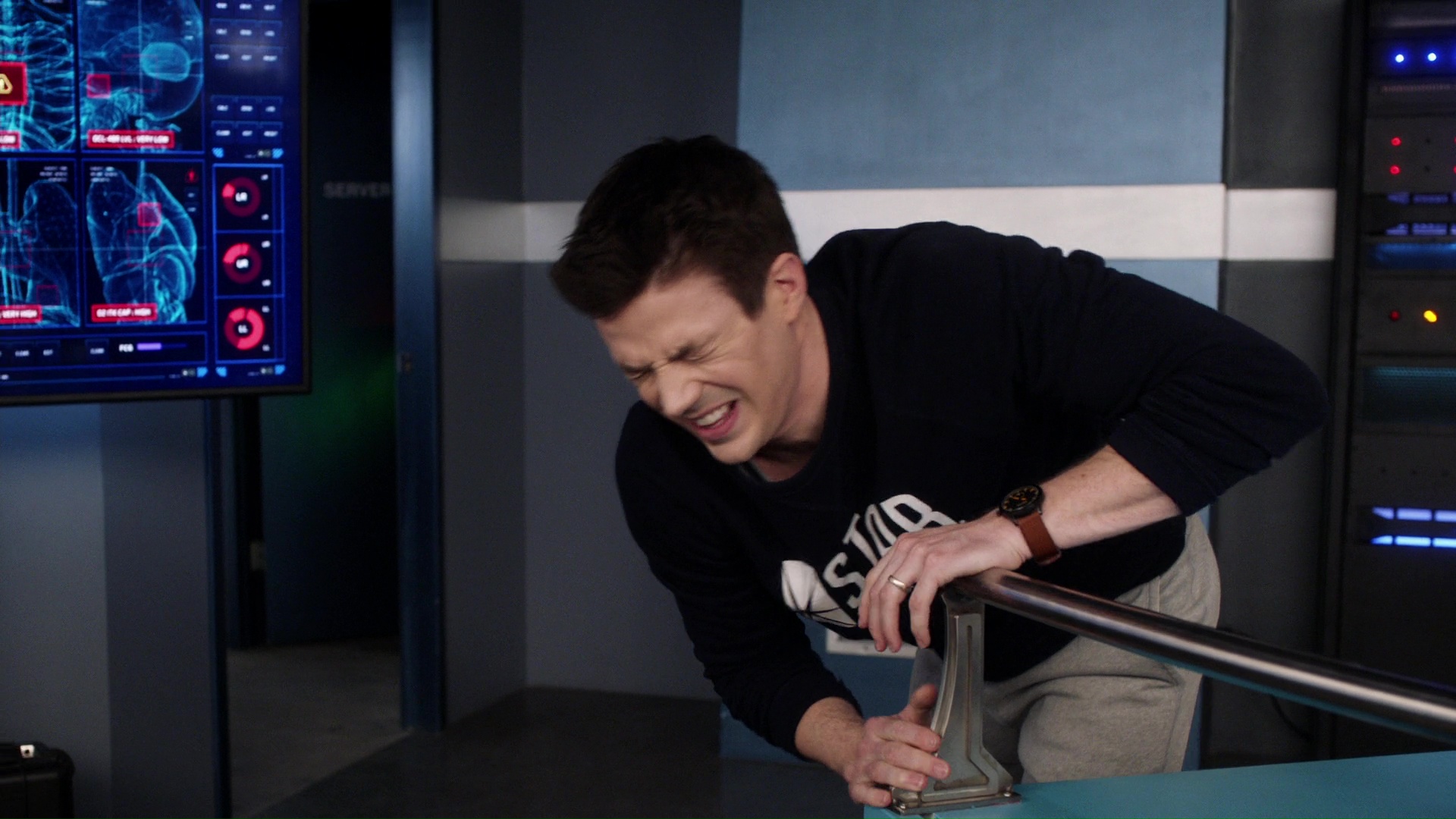 It’s the job, it ages you

There’s also a ham-fisted conversation where he worries that his memory loss means that he’ll forget Iris. Cecile tells a heart-warming story about how her grandmother dealt with old age that offers Barry inspiration to make use of the time he has left rather than fixate on how finite life is. It’s far too stratospheric a lesson for what amounts to a single episode problem. Experience should teach Team Flash that the likelihood of reversing this is quite high and appreciating life while living it is something everyone on this show has come to learn at one time or another. It’s also a very clumsy way to remind the audience of Iris’ disappearance particularly when it is mentioned that Nora has confirmed the future is still intact. There’s a strong sense that the show isn’t going anywhere as this episode is complete filler.

This plot culminates in Barry having to run really fast to contain the release of radiation and redirect it back towards the source. He does this and ages physically before being restored to physically younger than he was when this started. Shoehorned into all of this is the flimsy lesson about appreciating the time available when Barry encourages the villain to cherish the time he has in prison. It’s all very forgettable.

Connected to this is Joe struggling to fill his time post-retirement. Singh appears in the episode for no other reason than to pester Joe about not being his best self. It’s a reasonable story to tackle but it’s something that should have been addressed far earlier as Joe’s retirement is far from being a new development. His retirement has also been far from uneventful as his responsibilities to Team Flash haven’t changed so it’s a story that doesn’t really need to be told. 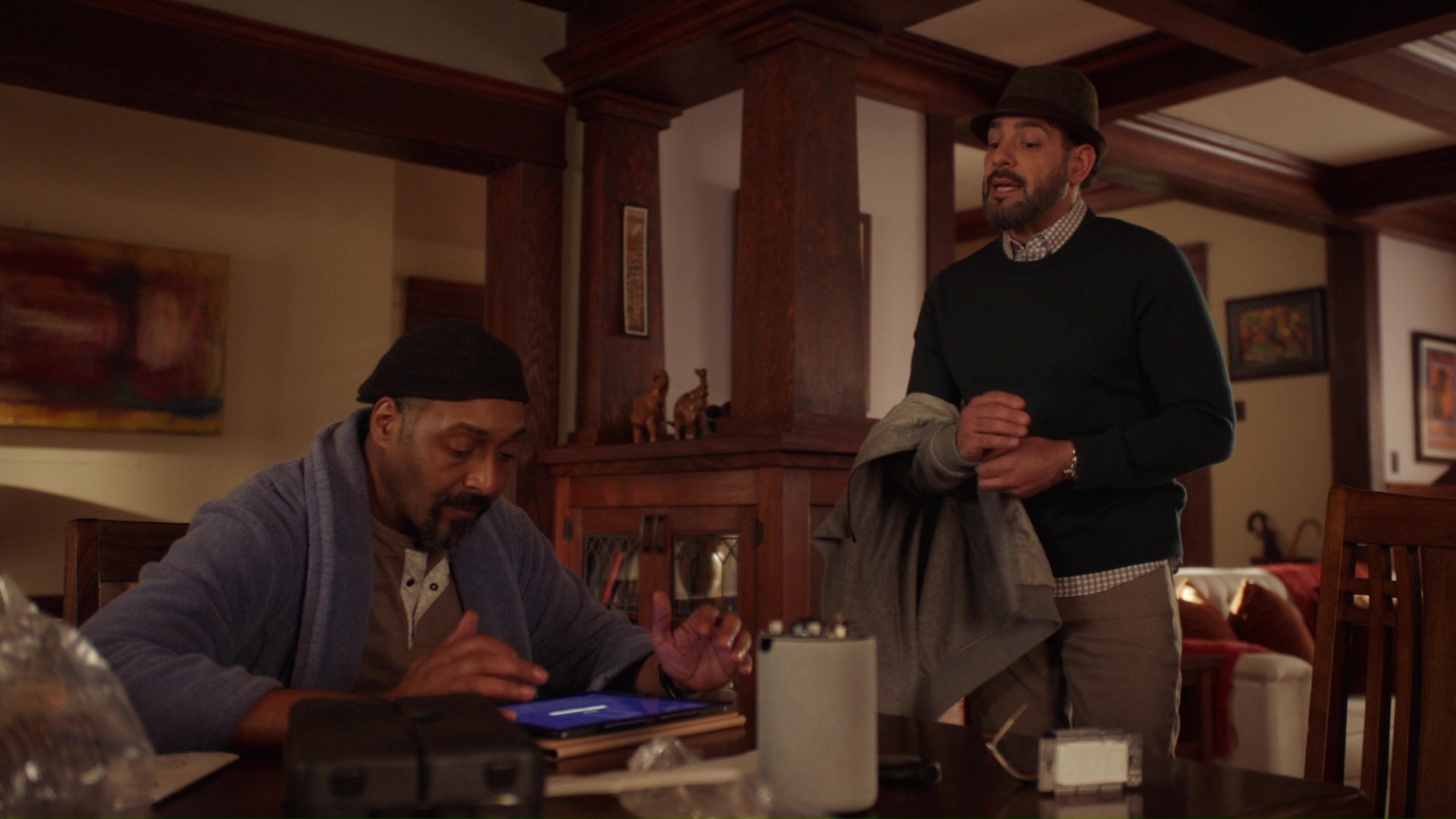 Ultimately it feeds into the lesson about cherishing life and making the most of the available time. Singh tries to get Joe to see that he isn’t making the best use of his retirement as he is a person who doesn’t idle well. Mention is made of the time he would spend sinking his teeth into a case and the good that would come out of that. Singh wants Joe to find something to be passionate about and devote his time to that. Encouragement is given through reminding him that he raised Barry to be an innately good person with strong values that form the foundation of his heroics. It’s an example of what Joe can do when making use of his time. He is given plenty to think about which probably sets up his exit from the show at the end of this season.

However clumsily, the two plots do connect on a thematic level and it’s interesting to see Joe in a different frame of mind where he is the one who needs to be given guidance. It’s an uncommon position for him to be in and Jesse L. Martin delivers a strong performance as Joe at a loose end in his life though the plot itself could have done more to sell the fact that Joe is struggling to find things that occupy his attention. Singh and Joe are a fun pairing and there was a real opportunity to do something with this long friendship cultivated after years of working together but it’s all so surface level.

More positively, this episode does contain endearing examples of the characters simply enjoying time together. The plans for another 30th birthday party following Barry’s reduction in biological age allow a great showcase of the natural chemistry existing between the cast. Two “Dungeons and Dragons” focused scenes further demonstrate this while factoring into Joe’s arc beginning with him being uncertain as to the mechanics of the game before throwing himself fully into it. Scenes like this are rare and welcomed when they appear. 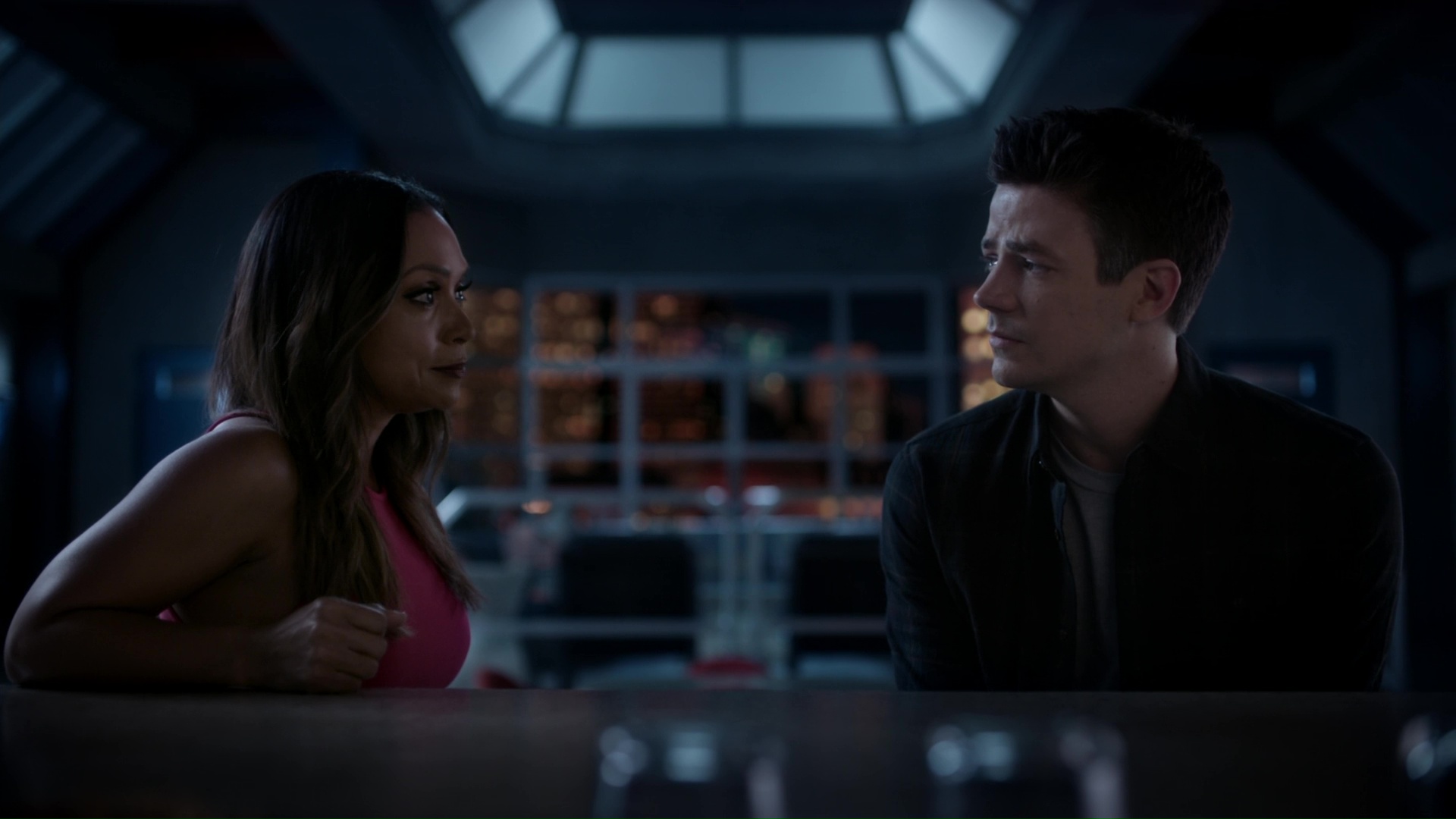 Here’s a lesson you already know

Barry confronting Caitlin also feeds into this theme in a really loose way. After some prodding he gets Caitlin to admit what her plan is and his response is to destroy the work she has done so far. It’s a bizarre development that has Barry come across as very insensitive as instead of taking the time to talk to Caitlin and be there for her as a friend he simply apologises and destroys the work she has done; a decision guaranteed to push her further down the path she is on.

Their discussion about loss is an interesting one because they occupy two opposite sides of the debate but doesn’t go far enough. Barry comes from the point of view of loss being permanent and something that has to be dealt with where Caitlin believes that steps can be taken to undo it. She mentions Barry’s parents and whether he would bring them back if he could before pointing out that they don’t have to say goodbye to Frost because she can be brought back. Curiously absent from the conversation is the fact that Barry went down a similar path which resulted in the creation of “Flashpoint”. Nobody needs that to be brought up again but the similarities are glaring so it stands out that there is no mention of it.

Barry was routinely chastised for playing God when altering the timeline to abate his own grief and Caitlin bringing this up when she’s trying to do the same thing would be entirely reasonable under the circumstances. Their debate around the morality of this could have been so much more than the episode offers. It amounts to little more than Caitlin being unable to move on and Barry trying to force her to do so without actually being there for her as a friend. After destroying her work he leaves rather than staying to help her work through this. It’s very out of character for Barry and seems to exist only to push Caitlin in a particular direction. Once again this show squanders promising potential. 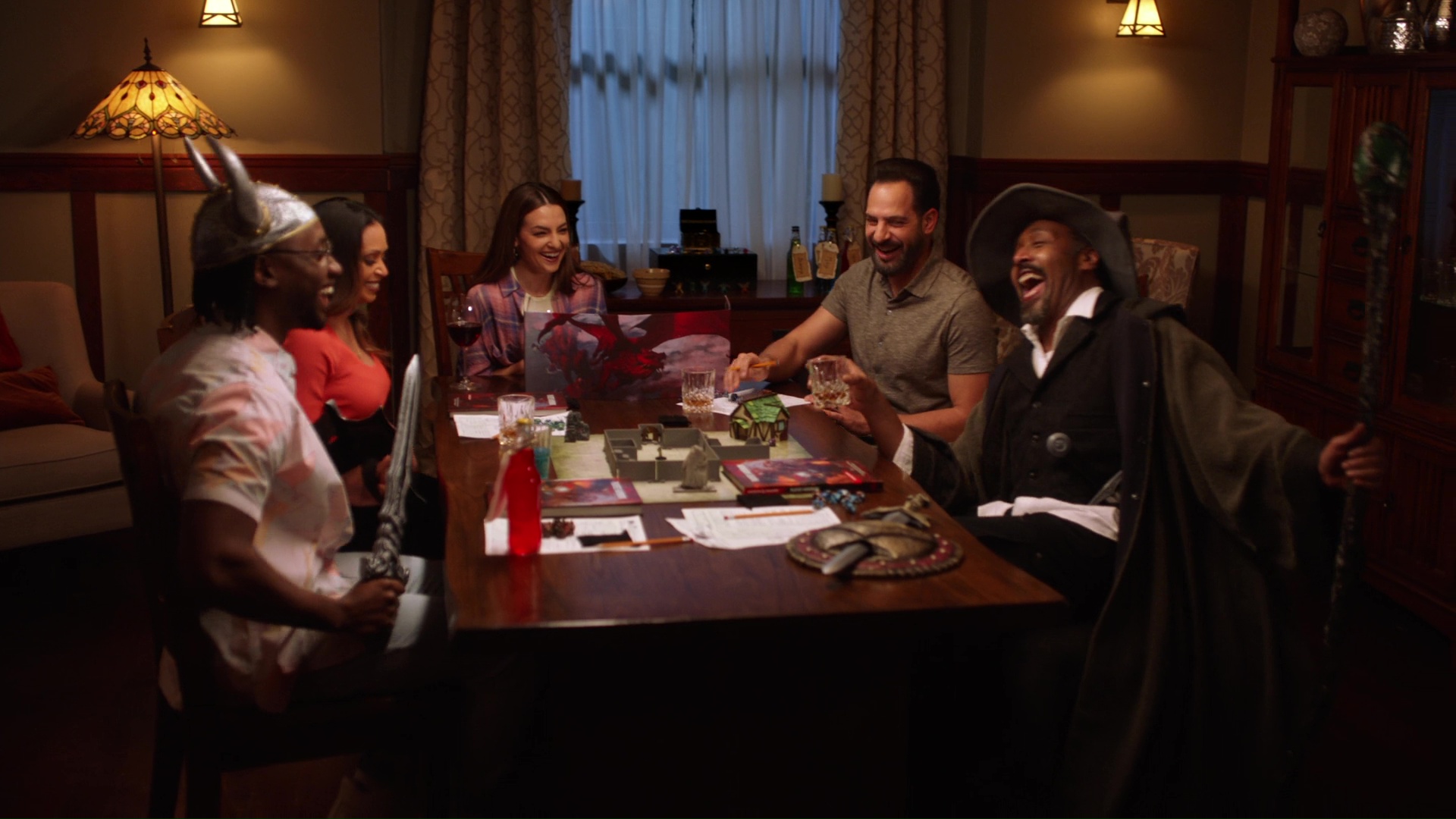 More of this please!

A weak episode with a lack of focus on what it wants to be that squanders any potential it does have with half-baked storytelling. The villain of the week is underwhelming even by this show’s standards. He has a handful of lines, the flimsiest of motivations and even lacks a costume. Barry’s stupidity gets him zapped by his device and he starts rapidly ageing but this isn’t expressed visually. The lack of old-age makeup makes it harder to accept the loss of ability due to advancing age. The episode rapidly flips from comedy to drama in a way that suggests a change was made at a very late stage. This shift is around the loss of memory and arbitrary tension created around Barry’s speed accelerating the problem. There is a ham-fisted conversation where he worries that his memory loss means that he will forget Iris which prompts Cecile to tell a heart-warming story about how her grandmother dealt with old age that offers Barry inspiration to make use of the time he has. It’s far too stratospheric a lesson for a single episode problem particularly when every character on this show has previously learned that life is to be cherished. He also imparts this lesson to the villain.

Connected to this is Joe struggling to fill up his time post-retirement. Sing appears to pester Joe about making the best use of his time. Jesse L. Martin plays Joe at a loose end really well and it’s a reasonable idea as a plot but should have come far earlier and is out of step because Joe’s responsibilities with Team Flash haven’t reduced. The two plots do connect on a thematic level however clumsily. More positively the episode does contain endearing examples of the characters simply enjoying time together. The two “Dungeons and Dragons” scenes feed into Joe’s arc to an extent. Barry confronting Caitlin feeds into the theme of cherishing life in a really loose way. Barry learning about Caitlin’s plan and destroying her work after a brief debate is badly out of character for him and the debate itself is far from what it could be. Once again this show squanders promising potential.