The Flash introduces one of the more celebrated of Barry’s comic book villains as the team struggles with new dynamics.

A few questions have been on my mind since this show began. I won’t go into all of them but one of them was definitely “when are we going to see Mirror Master?”. He is a villain that I have always found engaging as he challenges the Flash in a really unique way and he is more fleshed out than many others. 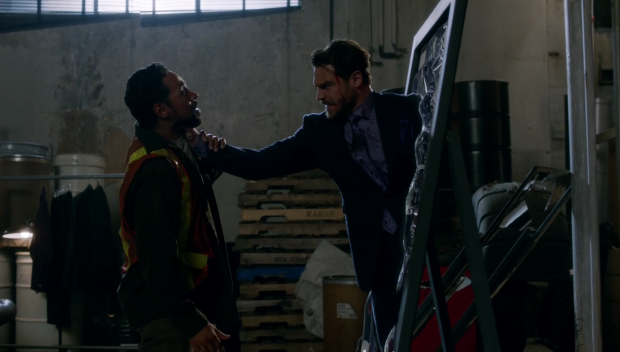 Imagine my disappointment when this is all we get after waiting for so long. Grey Damon gave a good performance with Ashley Rickards’ Top helping to create a fun partnership that had so much potential. The problem is with how these characters were used. In typical The Flash fashion the villains were really underdeveloped and not all that interesting to have around. Their motivations amounted to enjoying robbing banks with a vague desire for revenge against Snart in the background.

Outside of that, I thought that their abilities were very well realised and allowed for some really cool action scenes such as the one where Barry and Jesse chased them up and down a building as they travelled through the reflective surfacing of the windows. It was also a lot of fun seeing Barry trapped inside a mirror resulting in the inevitable Twin Peaks reference. Maybe there will be more time spent developing Mirror Master and Top if and when they return.

Mirror Master’s defeat is a little confusing as I’m not entirely sure what Barry did to defeat him. It wasn’t obvious just by looking at it and the explanation doesn’t provide enough information either. The episode could have done more with mirrors as things that create illusions but starting Mirror Master’s downfall with the illusion of Snart was a nice touch and it was a clever way to bring him in without resurrecting him yet.

The main purpose of Mirror Master and Top was to help Barry provide on the job training for Jesse who fully embraces her powers and is completely eager to please. I like the dynamic between Barry and Jesse as it allows Barry to come from a place of wisdom -something we haven’t really seen since the Supergirl crossover actually- and apply his knowledge in constructive ways that help someone just getting to grips with their powers. I really liked the scene where he offered advice on how to approach situations and then remarked about how like Oliver that makes him sound. Barry coming from a place of experience is a good fit for him and works well. 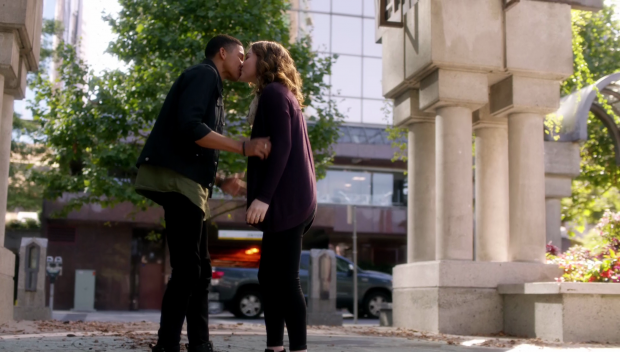 Jesse being eager to learn and willing to follow Barry’s lead without questioning him is really refreshing. Usually when a superhero takes on a sidekick there are problems with them coming together as a team early on but Barry and Jesse really hit the ground running -pun definitely intended- and Jesse wants to take advantage of that experience.

She also has her own obstacles to overcome such as learning how to think and react quickly in tense situations as well as not underestimate her opponents. In many ways she’s as arrogant and naive as Barry was way back in season 1 and so far this is being handled really well. It is a shame that she leaves at the end of this episode but maybe that won’t be for too long.

After many furtive glances and cheesily written flirting, the show finally acknowledges the chemistry between Wally and Jesse. They go on a date which involves her carrying him around the city at super speed and she quickly makes a move on him but is rejected because she’s from another universe and that completely redefines the concept of a long distance relationship. It turns out that Wally rejecting her has more to do with him struggling to come to terms with his lack of speed but the writers would be smart to focus on the universal distance issue as it can essentially be used as a long distance relationship story.

Relationships are something that this episode handles very well actually. I complimented the approach taken to the Barry/Iris pairing last week and this continues to be strong. It seems that they will have some kind of relationship obstacle to overcome in an episode and find a way to resolve it throughout. Last week it was getting past the awkwardness that defined their first date and this week it’s the issue of Joe’s feelings. Barry isn’t comfortable being publicly affectionate with Iris when Joe’s around because it is a bit of a strange situation. Sure they aren’t related but Joe considers Barry as much his child as he does Iris so in his mind there is a familial connection there. Barry feels that familial connection to Joe as well but also has to face the problem of him also being his girlfriend’s father. It’s a complete mess when you think about it and the episode has a lot of fun with the inherent awkwardness. 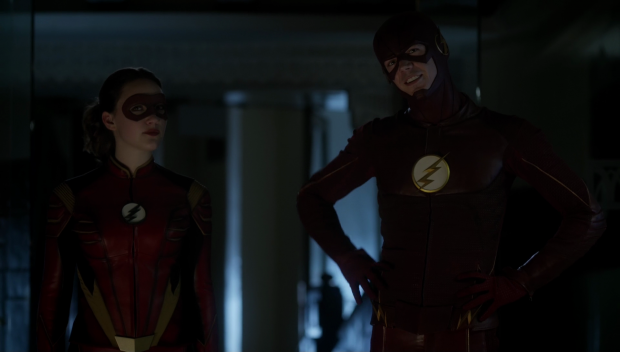 The attempted conversation between Barry and Joe is great. Both are thinking exactly the same thing and having the same problem articulating what needs to be said. The purpose of it is clear though; Barry needs to know that Joe is fine with him showing affection to Iris in his presence and Joe needs to convey that he is fine with their relationship. He does seem genuinely accepting of it but it will take some time for him to get used to the idea. This is kept light and the situation is very funny. What problems will the couple face next week? Tune in next time! Same Flash time! Same Flash channel!

Hints of romance are also coming Joe’s way judging by his scenes with the DA Cecil who clearly has a bit of a thing for him that definitely seems to be mutual. I don’t have much to say about this but I feel that it’s a good development for Joe who has been alone since the show began and it might be a nice counter to the Barry and Iris romance.

The team try to deal with the Harrison Wells problem. That problem being that Earth-1 Team Flash doesn’t have one full time and they think that having a Harrison Wells on board really completes the team. I have to say that I absolutely loved the solution as it seems both simple and ridiculous in equal measure. Harry has the idea of broadcasting a “Help Wanted Ad” out into the multiverse in the form of a complex equation that needs solved and choose one that seems like a good fit. This is exactly the kind of nonsense that was routine back in Silver Age comics and I’m glad that this show has gotten to a place where they can attempt stories in this way and have them actually work. It’s also good that crossing universes isn’t going to be a problem

I imagine mileage will vary on something like this but I had a blast with these scenes and love how the actors fully commit to the nonsense. Tom Cavanagh playing a Redneck version of the character along with a Mime and a Hipster was a joy to watch and creates some fascinating possibilities. The team settle on Hipster-Wells who seems fun for now but it’ll be interesting to see if he shares the dark side that his counterparts have been known for. He may only be a temporary distraction until Harry decides to move to Earth-1. 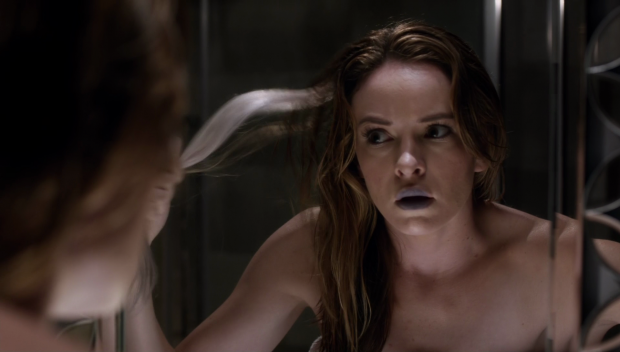 I have no cold puns

There is more development of Caitlin’s transformation into Killer Frost. She uses her powers to save Barry from his mirror prison but does it in such a way that nobody will know its her. This escalates at the end of the episode when her lips and hair start to change colour and she looks alarmed at this prospect. I’ll admit that this is moving a lot quicker than I expected it to and I imagine she won’t be able to keep her friends in the dark for long. Whether it’ll be a repeat of Cisco’s fear of powers arc from last season is still unknown but I really hope not.

A fun episode that has some really good character moments. Barry being a mentor for Jesse as she learns how to use her powers works really well and the dynamic between the two is great to watch. Jesse’s romance with Wally and how that compares to a long distance relationship with universes being the distance is a nice idea and it lets Wally come to terms with not having powers.

Harry helping the team find a new Harrison Wells was really fun and lets the show fully buy into the nonsense of the multiverse. Whether Hipster Wells is here to stay or not is anyone’s guess but they were fun scenes all the same. Mirror Master wasn’t the most engaging villain unfortunately but allowed for some really cool action and the development of Caitlin into Killer Frost is being handled well so far.