“The Once and Future Flash”

The Flash returns from hiatus for a trip to a dark future where Iris is dead and Team Flash has been disbanded.

There’s a dark shadow hanging over The Flash at the moment. Building up to Iris’ death at the hands of Savitar has consumed the show and made this season absolutely no fun. All of that is made worse by the fact that the reveal of Savitar’s identity has been teased with no real pay off so far. 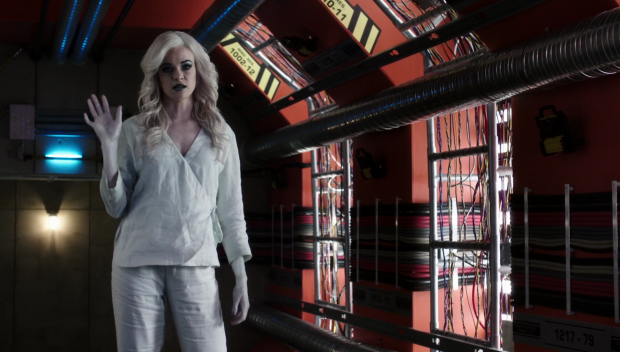 Killer Frost waves at the audience

Barry’s trip to future acts as a confirmation of how consumed the show is by this one event and it’s just as joyless as I thought it would be. Showing the future as a worst case scenario is all well and good but it was so ridiculously overdramatic that it was more comical than anything else.

The plot of the episode basically amounts to Barry visiting all the former members of Team Flash to ask them if they know who Savitar is before he’s told no and moves onto someone else. It isn’t interesting storytelling and since the episode doesn’t come with any reveals it starts to feel like filler.

It’s especially meaningless when it’s made clear that this future isn’t going to happen. There’s no way that it can because that means that Iris’ death would continue to dictate the tone of the show next season and beyond which means that we essentially know how everything winds up. Barry’s efforts to reunite Team Flash in the future are essentially pointless since the aim is to make sure this future never happens.

There are some learns that Barry takes back to 2017 with him such as never giving up on his friends and making sure to support others even when at his lowest point. The scene where he tells Joe that he’ll never abandon him is a nice moment drawing on the well developed connection between these characters but I thought that Barry had learned not to be so miserable all the time after his musical jaunt with Kara and I was wrong there so I don’t expect these lessons to stick. He also gets a lead on a scientist who can help him trap Savitar but the show didn’t need him to go into the future to develop that. 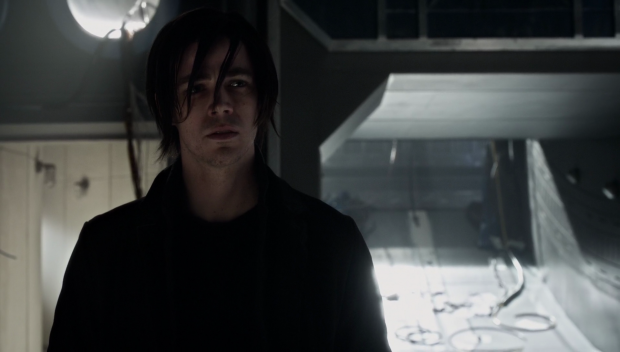 It took years for Barry to have a good hair day

Not everything about the future is terrible. Seeing H.R. as a successful author with legions of female fans was really amusing and Jesse L. Martin does an excellent job of playing Joe as a broken man. Barry’s reaction to all of this works well enough as it allows him to see how bad things can get when everyone essentially gives up.

Wally being crippled and catatonic was powerfully handled as well. It doesn’t last long and it’s the most compelling mystery the show has had in a while. What is it that would cause Wally to become completely catatonic beyond the physical injuries that he received? My money is on him being Savitar as finding out that he will someday be responsible for the death of his sister would definitely be enough to break him in this way. Of course it’s unclear why Savitar would cause that kind of damage to himself but it could be a self fulfilling prophecy.

The future version of Barry left a lot to be desired. I’m not sure what was going on with his dark clothing and emo haircut. It actually made him look younger rather than older which definitely wasn’t the desired effect. Grant Gustin’s performance basically amounts to an attempt at a deeper voice and generally appearing as if he is in a bad mood. It’s a bizarre choice and it doesn’t really work. His performance is fairly one note as well since all he has to do is appear depressed with no other emotion being shown.

It is effective in showing the difference between our Barry and future Barry as the version from the past is a little bit more hopeful. To his credit he is committed to making sure the team stays together so there’s a clear difference and the confusion as to how things could get this bad appears genuine. I also believe that Iris’ death would emotionally cripple Barry to the point that he would turn his back on everyone. 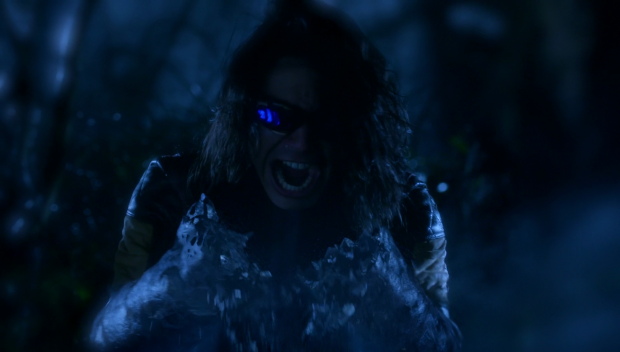 Having him decide to rejoin his friends and go back into action wasn’t as satisfying as it needed to be but I do like the brighter red suit that resembles the one worn in the comic books. Hopefully this will become Barry’s in costume look from next season onwards. Of course the real reason for doing that is to have both costumed versions of the Flash be distinct from one another but there’s nothing wrong with that.

Future Cisco is fairly well handled. He isn’t nearly as broken as Barry is and still seems to believe in the team after all these years. There’s almost a naivety to his hope and it’s refreshing to see some levity in what otherwise amounts to a relentlessly depressing episode. The reveal that Cisco lost his hands and therefore his powers in a fight with Killer Frost was appropriately tragic and I suspect we’ll see another version of that play out sooner rather than later.

Caitlin’s role in the future is a really small one as she has been captured and is being looked after by Julian. All we really know about her is that she knows who Savitar is but takes delight in keeping it to herself. It’s frustrating to have this teased for another week but Danielle Panabaker plays that enjoyment really well. 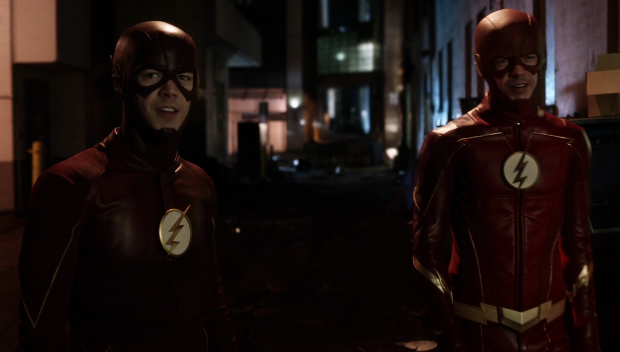 Seeing Caitlin in the present day at the start of this journey worked well too. The opening sequence where she went after Cisco, H.R. and Julian was really tense and exciting though I can’t work out how she managed to escape Barry without a trace since speed definitely isn’t one of her powers. Danielle Panabaker is great at playing Caitlin as a villain and I look forward to seeing her as a more villainous presence in the coming episodes even if I don’t really subscribe to the multiple personality aspect of the character.

It’s a good thing Caitlin was propping up the villains in this episode as Mirror Master and Top are really bad. I wasn’t all that fussed about them in their last appearance and this is even worse. Mirror Master is completely bereft of personality. Hopefully an alternate Earth version of him with more charisma can appear at some later point.

Another unremarkable outing that pretty much counts as filler. Barry’s trip to the future is meaningless as the whole aim is to change the timeline when he returns to 2017. Bringing the team back together isn’t satisfying because it’s ultimately meaningless though I did like seeing a different version of the Flash costume but Emo Barry was just ridiculous. He actually looked younger rather than older which was definitely not the intention. Grant Gustin’s attempt at a deeper voice wasn’t all that convincing either. Cisco and Joe in the future were fairly well handled with Wally’s catatonic state providing an effective mystery that may never be solved.

Caitlin as Killer Frost was the highlight of the episode. Danielle Panabaker’s performance was excellent and I look forward to seeing more of her in the coming episodes. Sadly Mirror Master and Top were nowhere near as compelling. The biggest problem that this episode had was that Barry learns nothing beyond what he already knows and the question of Savitar’s identity is still lingering. 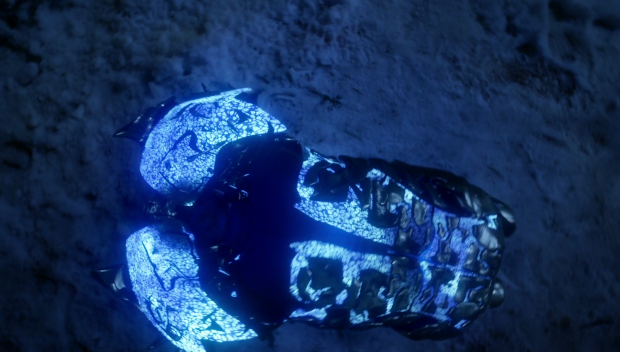