The Gifted follows on from an impressive opening episode by continuing to take its time and focus on the characters.

To my mind the weakest aspect of the first episode was the handling of the parents. They were well acted but given very little to do other than be parents. As parents their main job was to be worried about their kids and deliver lines about doing anything to protect their children. Not especially bad but not especially interesting either. 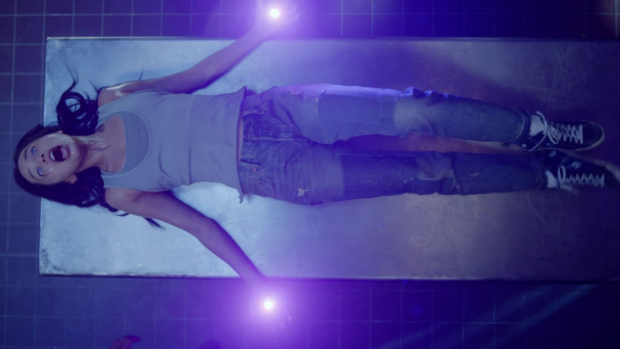 Clarice is a danger to herself and others

This episode spends time exploring Reed and Caitlin individually showing what worth they can bring to the show. They are separated so have to deal with that but they are also dealing with their own specific challenges as well. Caitlin proves that she is a very resourceful person when she uses the knowledge she has being a nurse to deal with the crisis at hand. She teams up with Marcos on a mission to raid a hospital for supplies so they are effectively forced to work together due to circumstances. The two actors played off each other well and it was clear that Caitlin’s way of thinking was being expanded by experiencing an honest account of the kind of treatment Mutants constantly have to endure.

Mutants in the comic books can act as a metaphor for just about any persecuted minority as well as any sense of “other” that people might be afraid of. Marcos mentions that being a mutant is the “ultimate pre-existing condition” which makes the Mutant gene analogous to something like AIDS in terms of perception. The episode doesn’t do an awful lot about it but lets the idea hang there for the audience to consider and further extends the Mutant metaphor to something else that is relatable to viewers.

When it comes to healthcare they are largely denied that right despite the fact they should be entitled to it as Human beings. Marcos points out that it’s very easy for Human rights to be taken away when there is the possibility of danger. Mutant powers can certainly be dangerous but that doesn’t mean every Mutant is dangerous. When it comes to getting the help they need they are discriminated against because they aren’t considered Human. It’s really harsh but also a comment on how modern society treats those who are misunderstood and different.

Caitlin clearly had no idea how difficult it was for Mutants to receive what she considers to be inalienable. She harbours no grudge against Mutants so doesn’t see why they should be denied medical care and obviously hasn’t even considered this side of it before. It took an extreme example to open her eyes and thankfully she was open minded enough to take the opportunity to challenge her thinking. Now that this applies to her own children she has a vested interest in getting her head around what they will face for the rest of their lives. 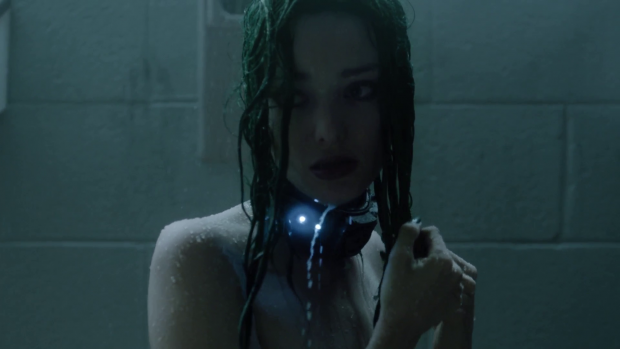 Lorna shows her true self

Reed is answering for his actions in the previous episode after being captured by the organisation he works for. Considering the circumstances of his capture it’s impossible to deny that he’s a Mutant sympathiser. This situation is potentially different considering his children were involved. I mentioned last week that the show failed to address Reed’s unique position in this scenario but this episode goes some of the way towards making up for that. The opening flashback showing a fun family day out at the bowling interrupted by the accidental public use of a Mutant power shows that Reed genuinely feels empathy for Mutants and walks a fine line between his job and what he feels is right. This backs up his desire to show leniency to Lorna last week as long as she cooperates. It’s a difficult position and I get the impression that he does the job that he does to ensure that Mutants aren’t mistreated.

His conversations with Jace Turner (Coby Bell) reveals the reasons for Turner’s anti-Mutant bias. It’s a fairly predictable yet suitably effective. He makes reference to a vague and unspecified July incident where his daughter was killed by a Mutant. It seems that the incident involved a battle of some sort between the X-Men and the Brotherhood which resulted in a lot of collateral damage. Turner can’t tell a “Good Mutant” from a “Bad Mutant” because he has no idea what side his daughter’s death blow came from. As far as he’s concerned every Mutant is a danger that has to be contained and perhaps eradicated. Reed obviously doesn’t agree with him based on his reactions but Turner’s reasons for thinking the way he does are at the very least understandable when considering his point of view. The driving force behind this show is points of view so it’s good that the writers are working to make all of them understandable whether the viewer agrees with them or not.

Tuner is involved in the cliffhanger ending when he looks at an old newspaper clip about an incident involving Mutant twins implying that it is somehow connected to the Strucker family. Considering how important the name is to Marvel comics canon I’m inclined to think the Strucker’s of this show have a colourful past of some sort. I remain intrigued for now.

There was one issue with this plot. Bringing in Reed’s mother felt very on the nose as it only really existed to make further reference to the violent persecution metaphor. It was a clumsy addition and wasn’t required to enhance the material. 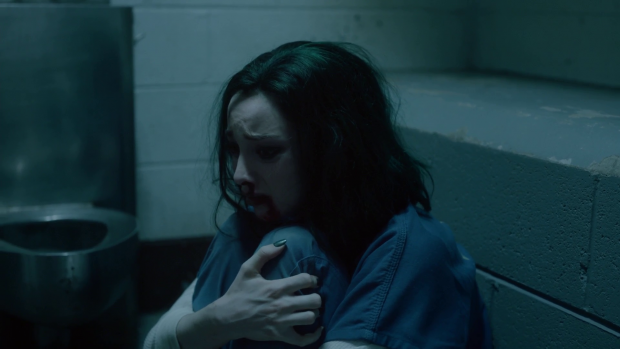 Lorna is punished for being herself

The plot involving Clarice’s powers acting up as she is incapacitated was really interesting as it shows how dangerous Mutant powers can be when there is a lack of control. In this case Clarice represents a danger to her fellow Mutants as her random portal openings threaten to bring armed police into their hideout. Lauren is able to close them for a while but it reaches a point where she can no longer summon the strength to do so and the group are faced with the prospect of evacuating. Interestingly abandoning Clarice is never considered showing real unity among this small group of Mutants.

Lorna’s role in the story was most interesting. Seeing her adjust to her prison surroundings while forced to wear a power dampening collar that basically amounts to her wearing a sign indicating to the other inmates that she is a Mutant. Naturally this brings her a lot of attention to the point that she is brutally beaten with the clear attempt to abort her unborn baby. It’s harsh and powerful to watch. The one time Lorna uses her powers in the prison when her emotional state reaches a tipping point that overcomes the effects of the collar was a really impactful moment as it clearly reinforces the fact that the powers are an extension of the character using them so inform their character arc. Another great moment was the shower scene where Lorna’s comic accurate green hair was revealed as a sign of defiance and commitment to being the person she is. Emily Dumont’s portrayal of Lorna is really impressive; she demonstrates an ability to show the strength and vulnerability of the character. I look forward to seeing this character progress.

The episode was less effective in exploring the characters of Lauren and Andy. There was a lot going on and many other characters to develop but it’s curious that these characters would take a back seat so soon considering how prominent they were in the previous episode. They were part of the story without having a significant role as was the unnamed character played by Elena Satine who existed to point out how concerned she was. 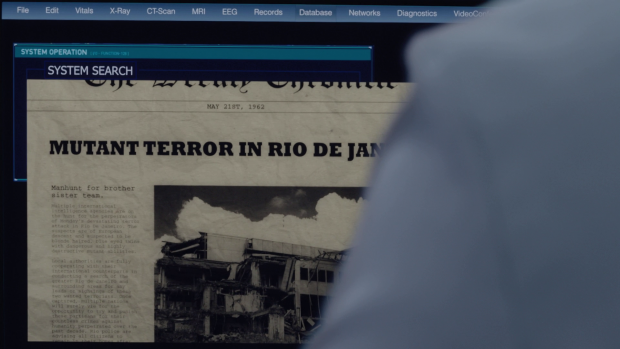 The plot thickens…but what plot?

An excellent follow up to a strong first episode that focuses on developing the Reed and Caitlin characters. Caitling learns a lot about Mutants she had previously been ignorant to and bounces off Marcos really well while showing how resourceful she can be. Reed is made to answer for his betrayal of Sentinel Services which reveals his empathy for Mutants while delivering backstory for his boss at the same time. The episode also boasts a strong story for Lorna in prison coming up against all sorts of hardship.

Clarice’s role in the episode to show how dangerous Mutant powers can be when left uncontrolled worked really well and it was interesting to see her represent a danger to the rest of the group who choose to stand by her. The episode did have issues with sidelining Lauren and Andy who were so prominent in the opening episode. It’s easy to see why considering all that was going on but it was also noticeable.