The Gifted answers some lingering questions about the Strucker family as the Mutant Underground get closer to understanding how Mutants are forced to work for Sentinel Services.

It’s no accident that the Strucker name was used for this show. In Marvel comics it’s a very significant name so using it is an indication for fans that there is something to their role in the show than initially suggested. This is explored in this episode when Reed reunites with his father, Otto Strucker (Raymond J. Barry). 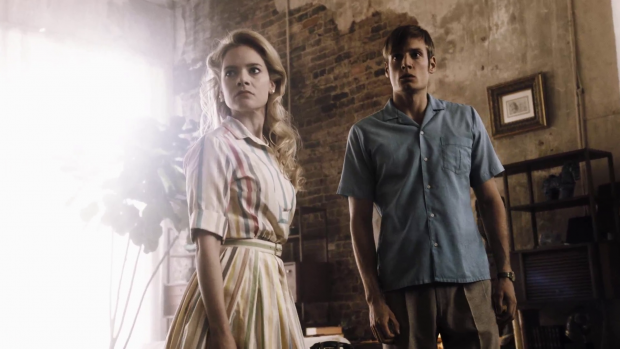 Fenris in all their glory

Raymond J. Barry was a great choice for such a role as he has an effortless sense of gravitas about him allowing the reams of exposition he has to deliver. It would be so easy for this episode to descend into something less than interesting due to the bulk of his scenes involving him describing events that happened in the past but Raymond J. Barry’s performance is strong enough to keep this compelling.

It works better than it should because of the ability of the writers on this show to keep the focus grounded on characters. The conversation isn’t so much about the details of what happened on the past; it’s more about what effect it had on the Strucker family and specifically Otto’s relationship with Reed. We don’t see how the relationship fell apart but the weight of history is felt between these characters.

The details revealed are also really interesting and tie right into the mythology of the show as well as the universe it inhabits. Otto’s work to find a cure for the X-Gene was motivated by the fact that he is a Mutant and was somewhat ashamed of that thanks to his connection to infamous Mutant terrorists Andreas and Andrea von Strucker aka Fenris. They are well known for causing untold destruction across the world over the course of several years. We get a taste of that in the cold open though it’s only really a tease with the real damage left open to the imagination. This mostly serves as backstory for Otto’s motivation as well as revealing that Mutancy is passed down from parent to child. Otto being a Mutant means that Reed is a Mutant though he doesn’t have powers thanks to Otto’s experimental work that stopped them from manifesting. 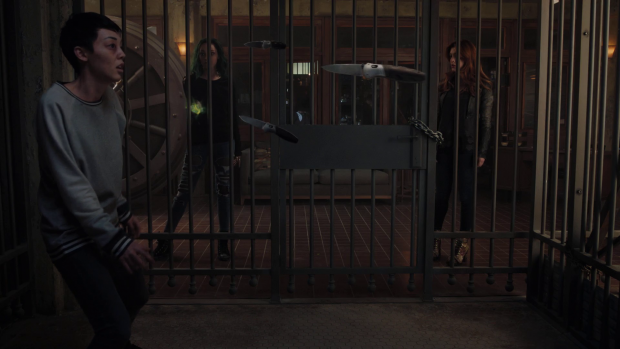 Lorna goes too far once again

It turns out that Otto experimenting on Reed almost killed him and drove a wedge between them because Otto was unable to live with himself for almost killing his son. Absentee fathers is a fairly common story both in and out of comic books so it’s difficult to bring anything new to the table and this episode doesn’t really do that but the material covered is strong enough to be interesting if not original.

The episode does play with the idea of legacy and whether people are doomed to relive the mistakes of those that came before them. Lauren and Andy having the same powers as Otto’s parents is a source of concern for him considering all the terrible things that they did. When Reed tells him about their powers he points out that it’s a bad thing because he sees that they are doomed to walk that very same path. This warning will clearly be a source of tension in the coming episodes as the idea of Lauren and Andy being fated to turn out the same way their great grandparents did is explored. It’s another example of the well worn nature vs. nurture debate and it seems likely that this is one of those cases where nature will win though I think it’s more likely that Andy will struggle with controlling his darker impulses based on what we have seen so far.

Unfortunately this episode will be the only instance of Reed and Otto sharing screen time since he is shot and killed before taking out the people looking into Reed’s whereabouts. The scene plays out as a redemptive sacrifice allowing Otto to make up for past misdeeds in a very small way. He may not have been there for his family over the years but he is able to do something to protect them when they need him to. It plays out as tragic thanks to Stephen Moyer’s strong grief ridden performance and the sacrificial moment itself is very tense. It also results in the loss of John’s best friend Pulse but that barely resonates as the friendship hasn’t been all that well developed. 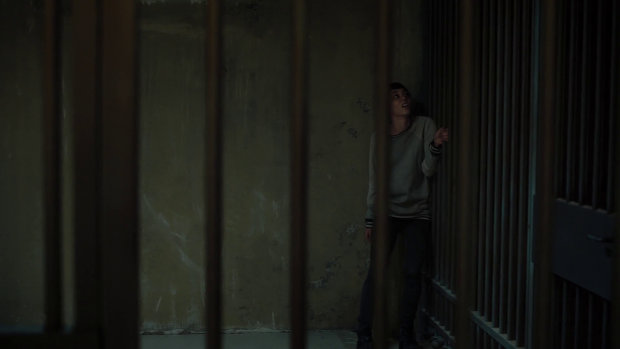 While this is going on the Mutant Underground discover a mole within their midst in the form of Chloe (Michelle Kim); a Mutant with the ability to superspeed branded with the Sentinel Services tattoo indicating that she works for them. Her capture isn’t treated as a big deal because the Underground are competent enough to sniff out any potential problems and have the really handy addition of a telepath from another cell named Esme (Skyler Samuels). She turns out to be a good addition to the group but her appearance feels somewhat convenient otherwise Chloe wouldn’t have been discovered.

Chloe is the problem that everyone has to deal with and there are different schools of thought on how that should be done. She has essential information that is needed if the group are going to mount a defence and there are different opinions on how to get it. Predictably Lorna’s are the most savage with her going straight for the knives placed randomly throughout the cell so that she accidentally runs into them. It’s brutal and arguably effective though torturing someone for information definitely puts her on shaky moral ground. It’s consistent with her character to resort to the extreme method as her lack of patience and tendency towards violence are well established. As I keep saying she is very like her comic book father, Magneto in attitude.

Caitlin is a lot more sympathetic when it’s pointed out that she might be suffering withdrawal from a drug addiction. Part of Sentinel Services’ brainwashing method is to addict Mutants to a drug as a way to control them. As a result of the withdrawal Chloe is barely able to speak and certainly unable to control herself which results in a tragic ending for her when her body gives out and she dies.This episode is defined by loss more than anything else which fits with the title. 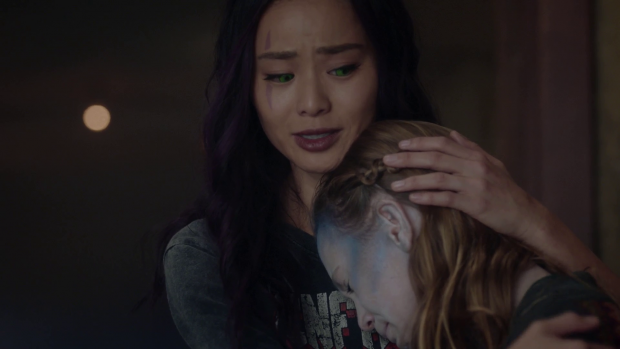 Something to feel guilty about

Chloe doesn’t have much time to come into her own as a character though Michelle Kim plays her well with the right amount of intensity to make her seem unpredictable yet vulnerable. Her death scene is very well played by all involved and she contributes to the action wonderfully thanks to a really cool sequence where teamwork is required to bring her down.

She also performs an important plot function as the Mutant Underground are brought closer to their goal of finding out where Mutants are being held prisoner which will undoubtedly result in a large scale rescue mission in the coming episodes.

Chloe’s presence also enhances the idea that the Mutant Underground are a community with different opinions on how things should work. Most of the disagreements are about Chloe specifically but it could be seen as the Mutant Underground in microcosm. Not everyone will agree on decisions made and friction will be caused. Andy stands up for Chloe because he believes that every Mutant should be given the same chance to be free that they have all had. It’s not an idea that everyone shares because fear is a powerful motivator for those just trying to survive. It’s easy to see similar conversations being had on a regular basis when there is risk of losing that freedom. There’s even mention of it being too dangerous to take in further refugees which completely flies in the face of everything they’re supposed to stand for. All of this has more complexity than the show allows and I would like to see these ideas explored in more detail. 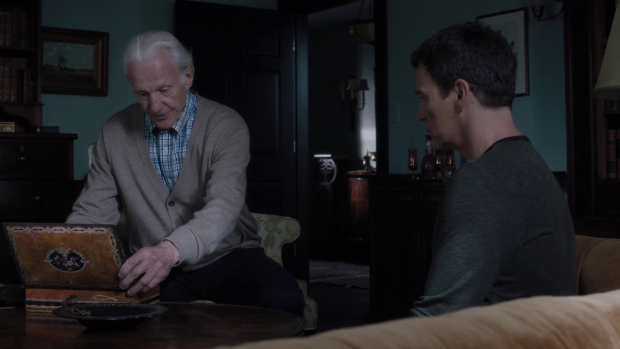 There are a couple of redundant subplots in this episode such as Clarice coming across a young girl who happens to have the same foster parents she did. It’s a purely manipulative plot line to intensify Clarice’s guilt over the part she had to play in their deaths. It also exists to mend the rift between Clarice and Sonia by having Clarice’s perspective shift on the removal of memories. Once she sees a young girl consumed by the pain that accompanies bad memories she understands the merits of having them removed though she has forgotten the counter argument of that not being her decision to make. The girl deserves to choose whether she wants to remember her foster parents or not as the removal of those memories will result in a change in the person she is. This isn’t really explored and comes across as really poorly developed overall. It feels like the writers are struggling to find a coherent place for Clarice at this point.

The continuation of Marcos and Lorna’s argument over Marcos’ involvement with Carmen and the Cartel is really tedious. It’s the same conversation over and over again which goes nowhere and makes Lorna in particular look really impetuous. She has been established as a character who understands the need to do whatever it takes to protect other Mutants so she should understand Marcos’ reasoning for doing what she did even if she doesn’t agree with the way he went about it. It’s not interesting to watch, doesn’t further the characters at all and drags the whole experience down. Having them come into conflict because they have different approaches. 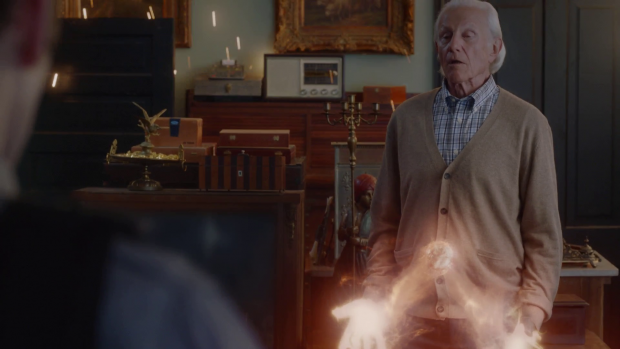 A solid episode that excels in character relationships and world building. Reed’s relationship with his father is largely accomplished through dialogue and comes across very well thanks to the strong performances. The details of their relationship are laid out clearly and the weight of history between them is obvious. Sadly it’s a relationship resolved in a single episode but even the sacrificial moment offers some form of redemption for Otto.

The plot involving Chloe and her addiction is well done because Chloe is an interesting character despite how small her role is. Her presence allows the plot to move forward and explores the sense of community within the Mutant Underground. The idea that not everyone agrees on the decisions that are made is a very strong one and bears more exploration in future. There are some redundant plots such as Clarice befriending a young girl who had the same foster parents and making the decision to have her memories removed. It’s poorly developed and seems overly coincidental while suggesting that there isn’t a coherent place for Clarice at this point. The repetitive Lorna/Marcos argument also feels very tedious.