The Walking Dead covers a lot of ground this week rounding things up to get us ready for the season finale. This episode was our last round trip between the main players of this season with ‘Bury Me Here‘ bringing everyone up to speed in the Kingdom and ‘The Other Side‘ covering the main characters at the Hilltop so it was the turn of Alexandria to wrap up there arc before the finale.

We find out that Tara had told Rick about the people of Oceanside and their weapons. It was alluded to at the end of ‘Say Yes‘ but now the plan is in full motion. It was nice to see Tara was to lead the plan and time would be allowed for her to try to negotiate peacefully so that Oceanside could take part in the assault on the Saviors. This is a new outlook for Rick as he is direction from others and may not want to take on the role of leader. This is something that is covered in the comics more with the council between the communities that could come into next season. 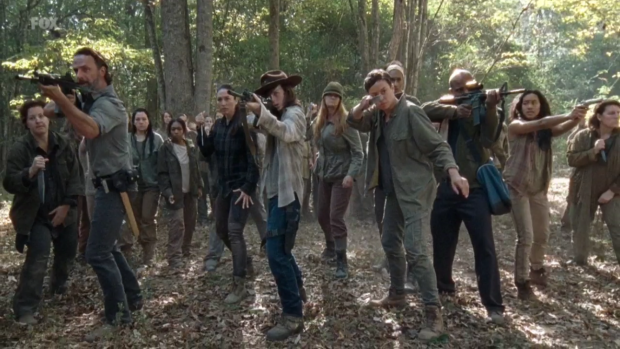 Tara is unable to negotiate with Tanya in time which means Rick and Alexandria assault Oceanside but they do it so that they scare all the residents into a corner capturing them all without having to hurt any of them. This shows the skill of the people of Alexandria now have. It also shows that Rick’s group and the original Alexandrian residents are a cohesive unit going into the finale.

Rick’s attempt to negotiate with Tanya and convince her that he will use lethal force to take the guns anyway if she kills her hostage is an important scene. He clearly knows what is at stake and is willing to make a sacrifice to save all the other communities including Oceanside. It really shows how serious the threat from the Saviors is.

The interruption of the Walkers in the negotiations was a nice change of pace it was also another example of how well the Alexandria community work together now that a forest full of walkers is no problem at all. I found it strange that Rick gave some of the members of Oceanside weapons but it was only knives and he was never there to hurt them so never really saw them as a threat.

In the end some of the people of Oceanside wanted to fight but the patriarch of the group Tanya didn’t want to so they are currently staying out of it. This makes sense as they just want to live peacefully, It looks as though Rick has promised to give the guns back when the fight is over but I feel as though the people of the Garbage Pit may disagree with them on that but that will probably be resolved next season. 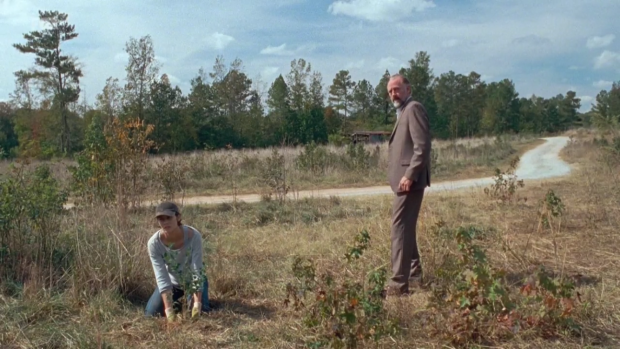 It turns out Sasha is still alive; something I pointed out being a real possibility last episode as no main character dies off screen in The Walking Dead. The fact that she was captured so easily after running in guns blazing without seeing how much carnage she caused makes you believe she didn’t get too far in her rampage.

Sasha’s captor was a real piece of work and the fact that Negan was the one that ended up killing him shows the man isn’t completely without compassion. He has a set of rules that the people of his community live by so he isn’t a complete psychopath but deals with people in his community in a very harsh manner. Negan uses capital punishment bordering on sadism to enforce his rules from him burning his followers who fail him to straight up murder which shows how unhinged he really is.

The fact that Negan sees potential in Sasha and gives her an opportunity to save herself but only if she is willing to work for Negan but its not really a choice as the other option is death. The fact Sasha was so willing to kill herself in accomplishing her goal and yet whilst captured chose to live shows she wasn’t really committed to dying so would end up having to work for the man she despised so much felt like the character was going backwards.

Later on it was proven that she wasn’t falling in line with Negan but wanted to find a way to kill him up close. The way she tries to trick with Eugene to get her something sharp to kill herself as she fears she will be used by Negan to betray Rick and the others. Eugene is true to his character and doesn’t realize the implications of what she was really asking for but took it at face value and bringing her his home made cyanide pill was truly hitting home at the hopelessness of her situation. 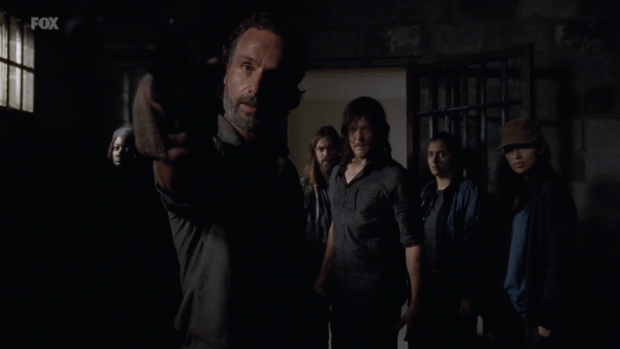 Rick and Alexandria are ready for war

Maggie meanwhile at the Hilltop is becoming more of a reluctant leader. Even after all her friends have left and the doctor is gone she seems to have settled at the Hilltop and looks likely to make this place her home. From teaching the people to fight in last week’s ‘The Other Side‘ to this week showing them how to farm really brings home this point.

Gregory meanwhile is aware of the influence Maggie is having on his people and the scene outside the Hilltop with him considering killing her with the knife shows that. In the end Maggie ends up saving his life because he has never killed a Walker.The fact that he is humiliated by Maggie in front of some of his own people shows how fairly useless in comparison so this adds to his feeling of being threatened.

Gregory looks as though he has decided to take Simon up on his offer of helping him get rid of the opposition in the form of Maggie and keep his position of leader of the Hilltop safe which is his main goal of keeping his comforts and the power he has being in charge.

The ending of the episode with Dwight in Alexandria was a real shock and may be the move that gets Rick to kick his plan into high gear. I sense the end of this season will be Rick and his army at the gates of The Saviors home settlement and we will have to wait until next season which i feel will be a real disappointment. 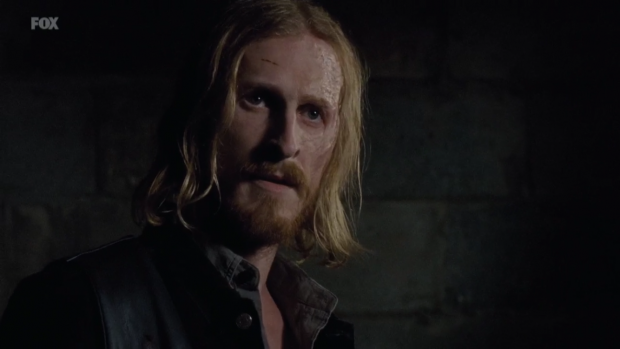 Leading into the last episode of the season all the pieces are coming together. Rick finally gets his guns and can go to war now with the Saviors. Sasha still is committed to killing Negan still and may even play a role in the finale in how it plays out. Dwight will play a role in what is to come and was a nice surprise to see at the end of the episode. Maggie I sense will be the leader of the Hilltop come next season. All in all everything is coming together for the season finale next week.