The latest instalment of The Walking Dead focuses in part on the situation Daryl finds himself in as one of Negan’s prisoners. I think it’s also fair to say that The Cell was more about Dwight than it is about Daryl.  It gives us a sense of what kind of man Dwight is and how he came to be in the service of someone like Negan and questions our opinion of him. It was a slow but serious episode with little action but some genuine tension, genuine character development and some good acting from Norman Reedus.

The episode begins with a surreal montage showing Dwight abusing his position to steal from other members of the group to make himself a delicious sandwich. He then proceeds to make Daryl a sandwich with a dog food filling- all to the music of The Jam’s ‘A Town Called Malice”.  It’s one of the strangest opening scenes I’ve seen but clever as it hints at a life Daryl could have as Negan does compare the situation of the two in a later scene. 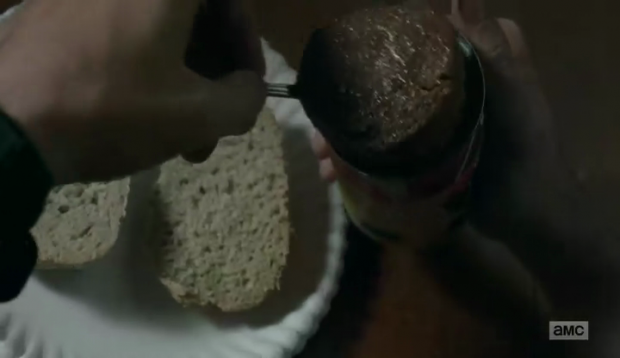 We soon find Daryl stripped and placed in to solitary confinement in a dark room while eating dog food sandwiches. He isn’t allowed to sleep as he is forced to listen to “703 Easy Street” by the Collapsible Hearts Club on repeat, surely a strong torture tactic that would work on anyone. Dwight is definitely not a good person by any means, but we can see that much of his villainy has accumulated over time, mostly through his treatment at the hands of Negan. Dwight has changed for the worse, but there seems to be a hint of rebellion in him and I think there is a chance he could end up betraying Negan somewhere down the line.

Negan took Dwight’s wife, turned one side of his face in to a burnt crisp using a hot iron and basically controls every significant aspect of his life. In Dwight’s talk with the runaway he expresses his empathy and eventually grants him mercy by shooting him in the back rather than taking him back to face the sound of Negan’s horrible music. I like what they have done with Dwight by going deeper in to the story of one of the minor villains and looking in to his motivations. He seems to be not an evil guy, just someone who had people he cared about and did what he though was right in order to protect them.

Daryl is probably the most stubborn character in the entire show and all the dog food sandwiches in the world can’t seem to break him. When Negan asks his underlings who the are, they always reply with the same response “Negan.”He is controlling the people who work for him so much he is taking away their identity which then turn his own ambitions in to theirs. There has been a lot to note this season of The Walking Dead particularly about contrasting leadership styles. Last week we were introduced to wise and regal Ezekiel, but Negan’s followers literally kneel when he enters a room, this is clearly done out of fear more than respect or loyalty. By Daryl’s refusal to submit Negan is recognising the bravery of Daryl and he seems to be still trying to break him and therefore gain an effective soldier. 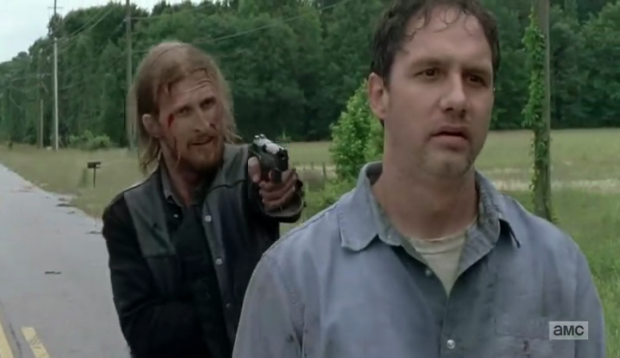 Dwight does the decent thing

I did think that while Negan was brilliant in the first episode of the season, his facade seems to be somewhat cartoonish when taken away from that one off scene. In the scene when he stops Daryl from escaping his slightly goofish nature didn’t seem intimidating and wasn’t helped by his anonymous henchmen who seemed very wooden when delivering their one line each.

Even by the end of the episode, Daryl still refuses to bend the knee when Negan asks him who he is. Just after his failed escape attempt he is beaten to a pulp by by his men, the second time he is asked it’s in Negan’s room when we hear the story of Dwight’s face and how he had gone against him. He seems to be giving him these details about Dwight’s past to make Daryl see that if he submits he can have a good life and be treated well despite past conflict with Negan. I liked the acting from Norman Reedus when he is given the Polaroid photo of Glenn’s (or Abrahams, it was hard to tell) mashed up head.

Even after the frank conversation with Negan, Dwight shouts at Daryl “You’re gonna wind up in that room or hanging on the fence!” He seems to be angry with Daryl that he keeps refusing Negan and clearly doesn’t want him to die. This isn’t the first time Dwight’s humanity has been expressed to us, and Daryl communicates this to him by acknowledging that he made the choice to re join with Negan in order to save his wifes life, even if that meant losing her to Negan. 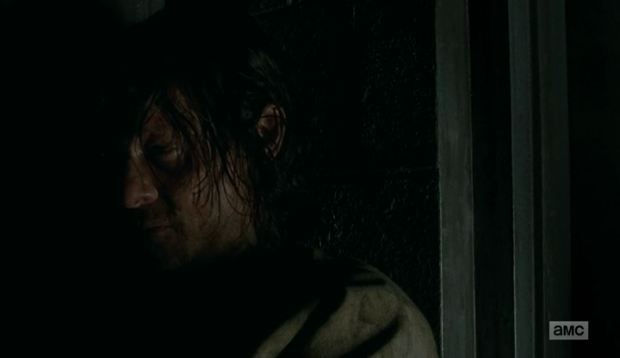 A strong episode of The Walking Dead this week that took us away from the horror of the first episode and the comedy of the second; replacing them with a more thoughtful path. It didn’t surprise me in the slightest that Daryl remained loyal and didn’t give in to Negan’s offer while showing some genuine tears and emotion at the loss of a friend. I also think that despite his lack of lines, Norman Reedus works well with the script he is given. I do reckon that had they not killed off Glenn and Abraham in the season premier Daryl’s days would be numbered. I also liked how we learn more about Dwight and his backstory and giving some humanity to one of the bad guys. A small downside was the character Negan and him appearing slightly silly after his explosive debut two weeks ago.